On Sunday, February 7th, a few diehard ODA volunteers got together to take another crack at removing the plastics that pollute the Seal Beach National Wildlife Refuge (SBNWR).

Despite there being a big football game held in the afternoon, Dave Merrill, Jean Merrill, Kent Morris, Linda Nicholes, and I wanted to remove more of what we saw at the waterline that borders the refuge. 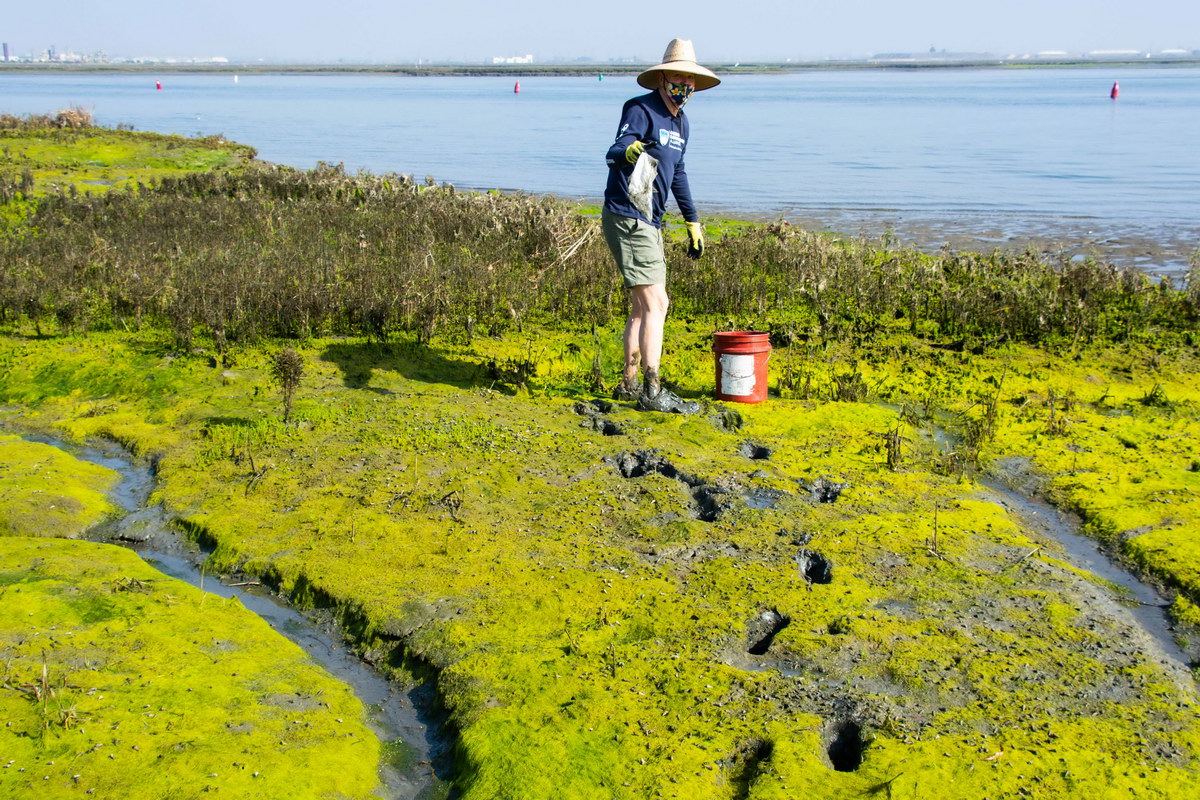 We met in the parking lot of a business on Pacific Coast Highway in Huntington Beach at 10am.  As we were unloading the gear we would need to get down to the beach, we heard a commotion coming from the far end of the building.

There were fishermen there with their lines in the water, and a bird had gotten ensnared in one of the lines.  The bird was flailing around in the water but unable to fly.  I quickly talked with the fisherman, and asked him not to reel the bird in, but to gently pull it towards the shore where I could grab the bird.

He agreed to do that while Dave and I got to the shoreline.  Dave and I worked as a team. 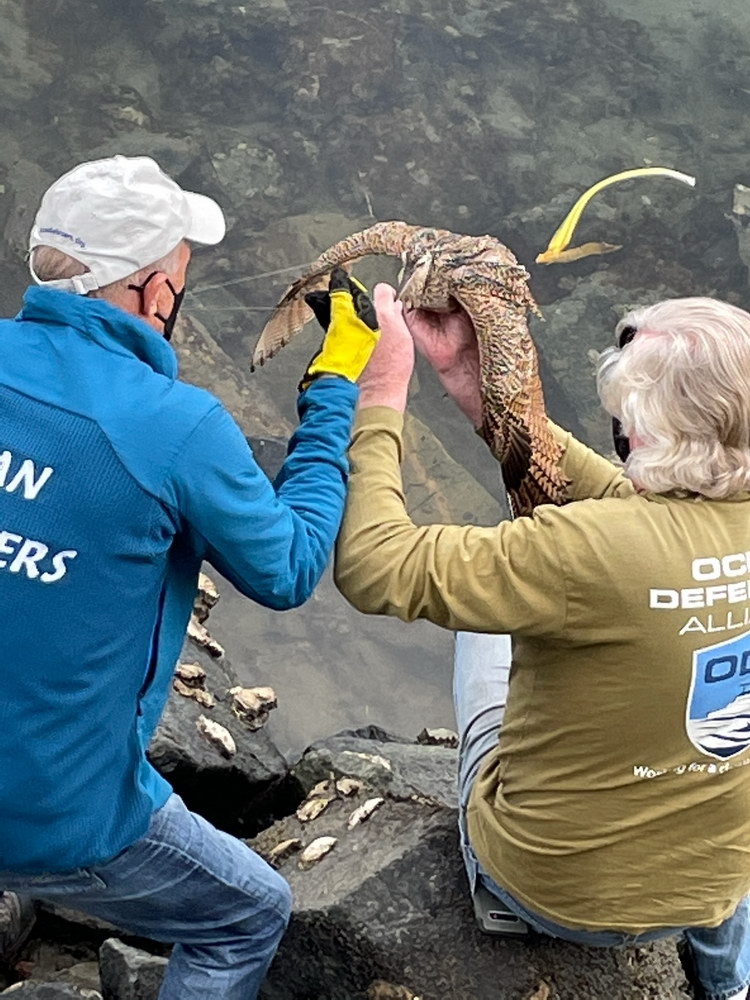 As gently as I could I took a hold of the bird, tried to calm it down, while Dave tried his best to untangle the bird.  No easy thing to do because you could hardly see the line, it was almost transparent.  But Dave has better eyes than I do, and after a few minutes he had the bird free from the line.

I then set the bird free towards the water, but he couldn’t fly and started to flap its way back towards us.  Dave then got hold of it again and we took it a few yards inland where we let it calm down and dry out.  Turns out its wings were too wet to fly.

Linda kept a protective eagle eye out making sure that the seagulls that wanted to make a lunch out of the ensnared and then recovering bird never got the opportunity.  Then, after an hour of drying out it finally flew away!

It was a beautiful curlew.  They are a migrating shorebird, about 12 inches tall, and have a unique curved beak which is about 6-7 inches long.  They use that to probe the mudflats for small clams and worms.

This is what they look like when they're not being entangled by fishing lines. Notice in his beak is some kind of food! When you look at our photo gallery below, you'll see in the next shot, the "food" has made it's way several inches up the beak, closer to his mouth. 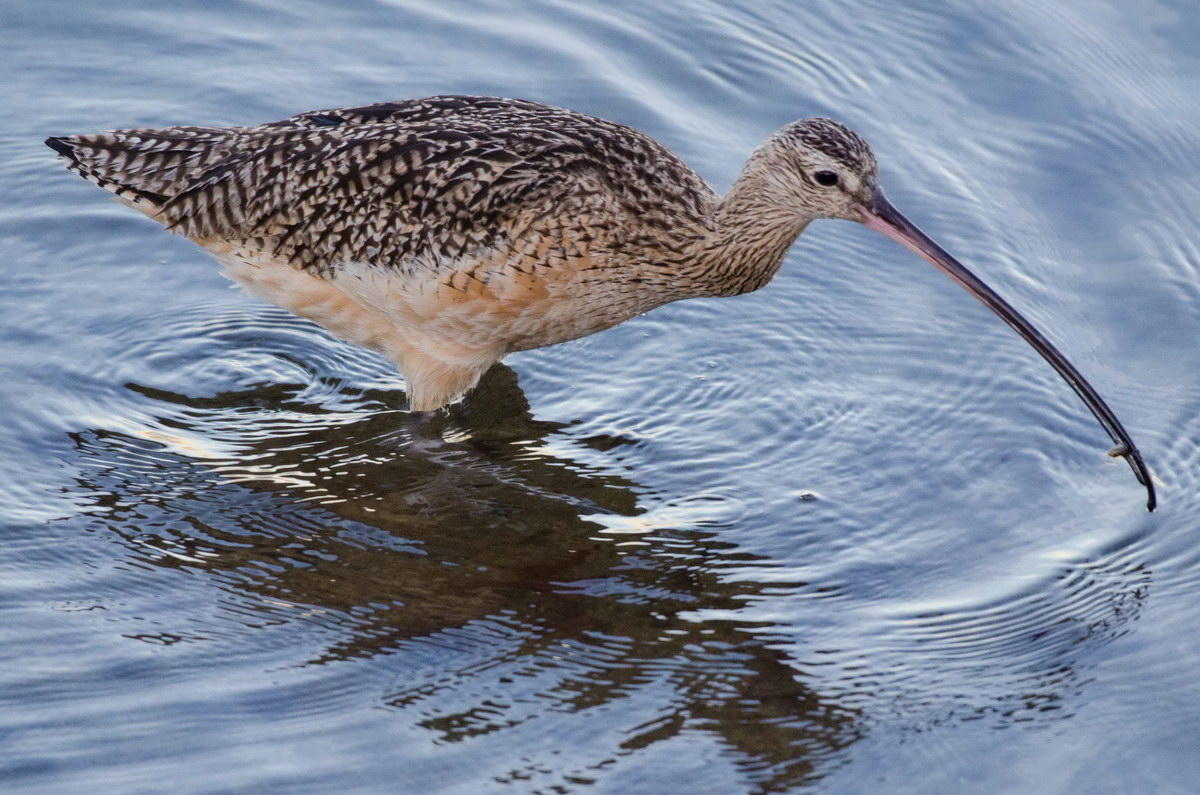 After all that excitement, we got back to work cleaning the shores of plastics.  This was our third weekend in a row at this site, and we were all glad to see that it was not near as bad as it had been.  This proves that these cleanups do yield results. 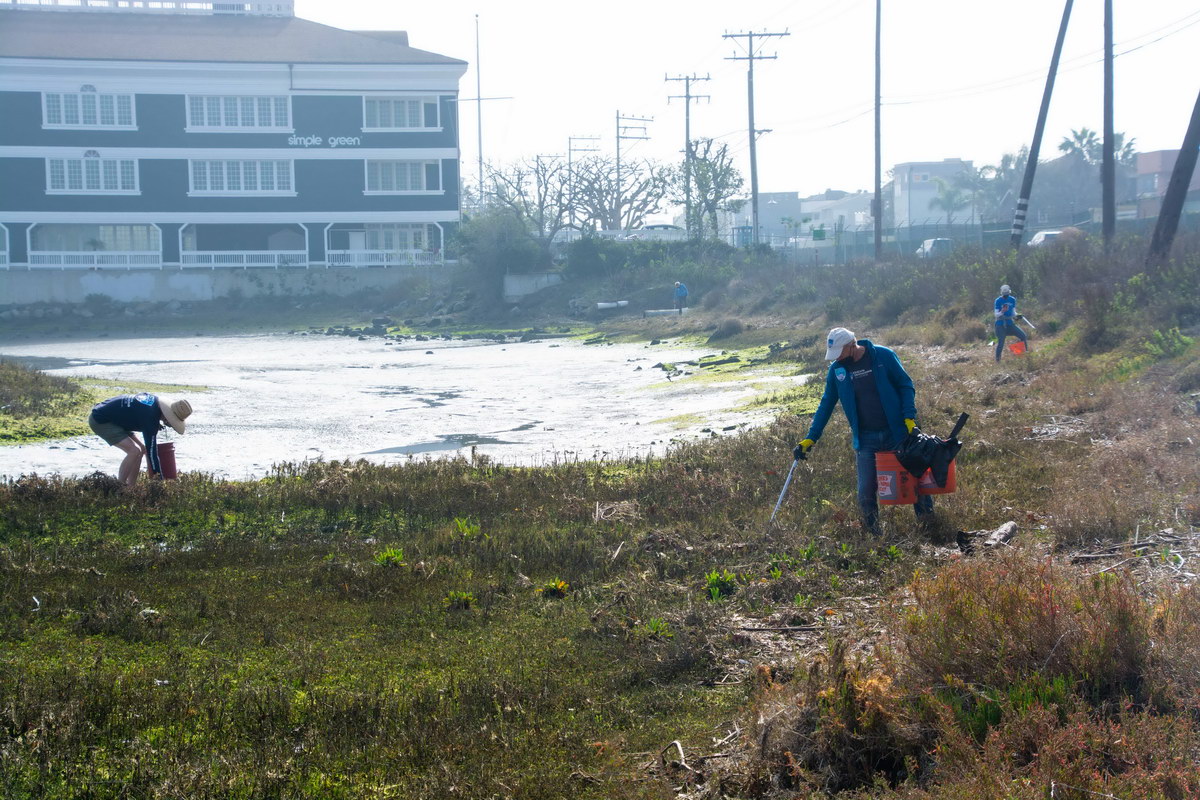 While there, we saw a small flock of curlews, and some small ducks called buffleheads diving and feeding on the bottom vegetation.  We also found a dead turtle. 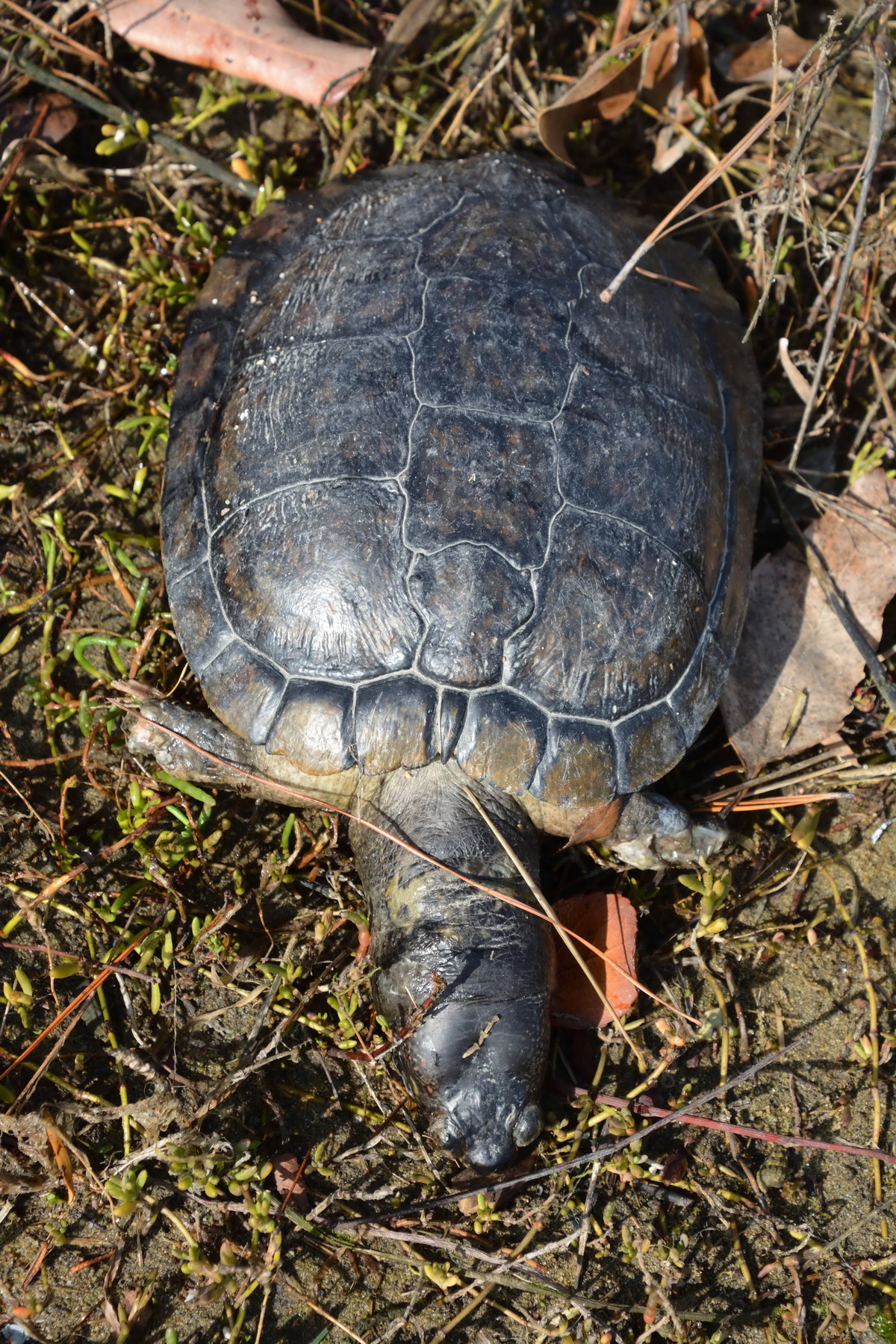 This was a freshwater turtle that probably got washed into the waters from the rains we had a few weeks ago.  If anyone can ID what type it is, let us know!  It was about 10-12 inches long. 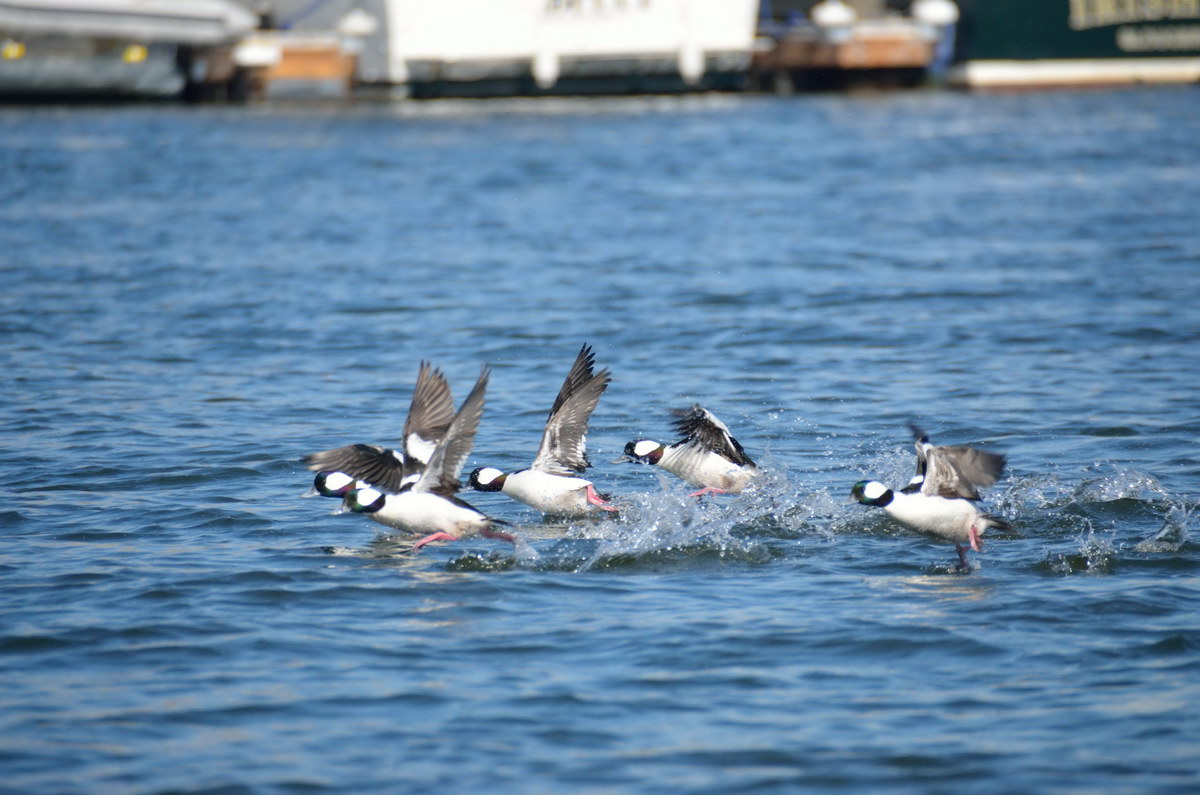 We still found way too much Styrofoam and did our best to take our time getting it out of there.  We spent 2 hours moving up and down the beach and when all the big stuff had been removed, we decided to head on home. 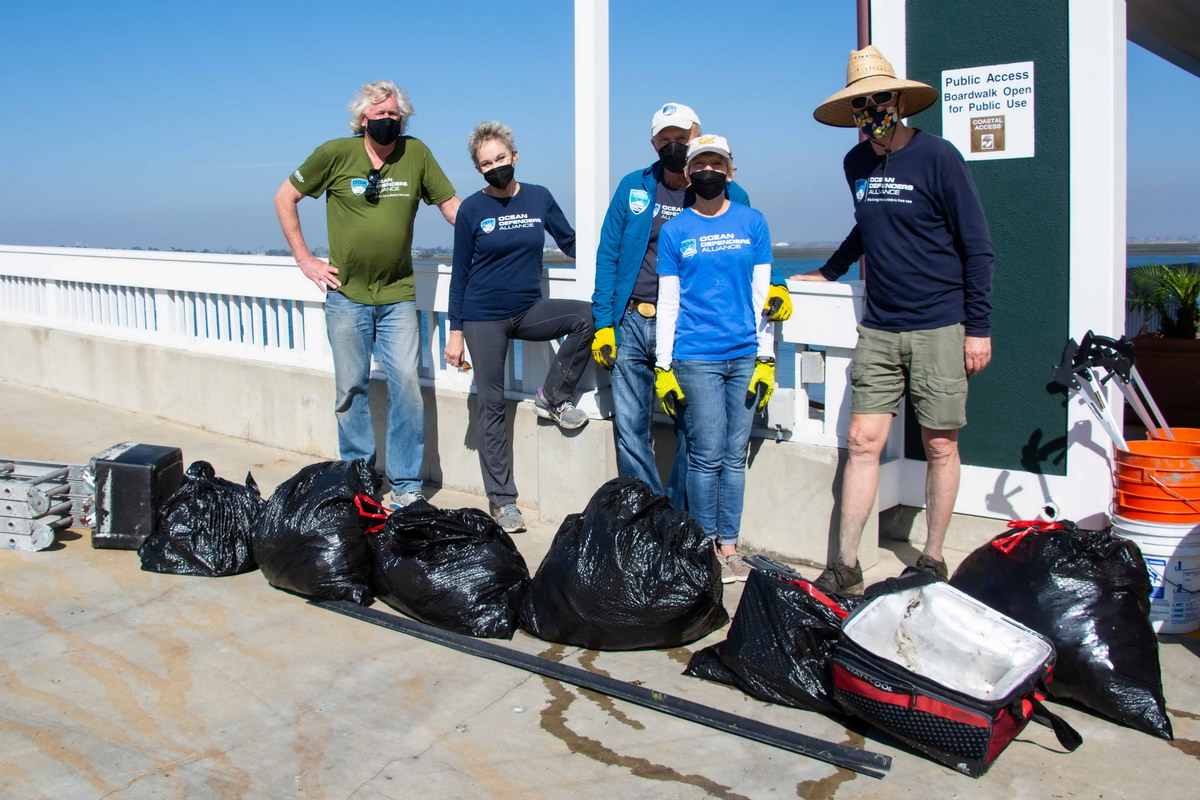 In all, we removed about 150 pounds of debris AND gave a curlew another chance at life.   Now that is what I’d call a Super Sunday!

Check out our last visit to SBNWR.