Anchors Away and A Lot of Other Debris Too

While the Santa Ana winds are wreaking havoc throughout California, one of the positive things that happens is the winds tend to make the ocean waves smaller.

So, we took advantage of the situation, and on Sunday, October 20th, a boatload of ODA divers and crew headed out to the Los Angeles Harbor breakwall to see what we could find along the outside of the wall.

In Search of Ghost Gear

We had three divers for this trip: Sammy Bassett, Tom Figueroa, and Geoff Walsh.  Helping out on deck support were Jeff Connor, Jim Lieber, Sue StSure, and myself.

As we headed out of the mouth of the harbor, the seas were absolutely flat.  Great conditions that allowed us to maneuver the boats really close to the wall.  This breakwall is about seven miles long, so I dropped the divers off in the general vicinity of where we had ended the removal dives two weeks ago.  Then they dropped down, with our underwater scooters, and headed east.

Soon after they dropped down, Jim and Sue jumped in the RIB and followed the divers’ bubbles to make sure they were close by if the dive team needed any help. 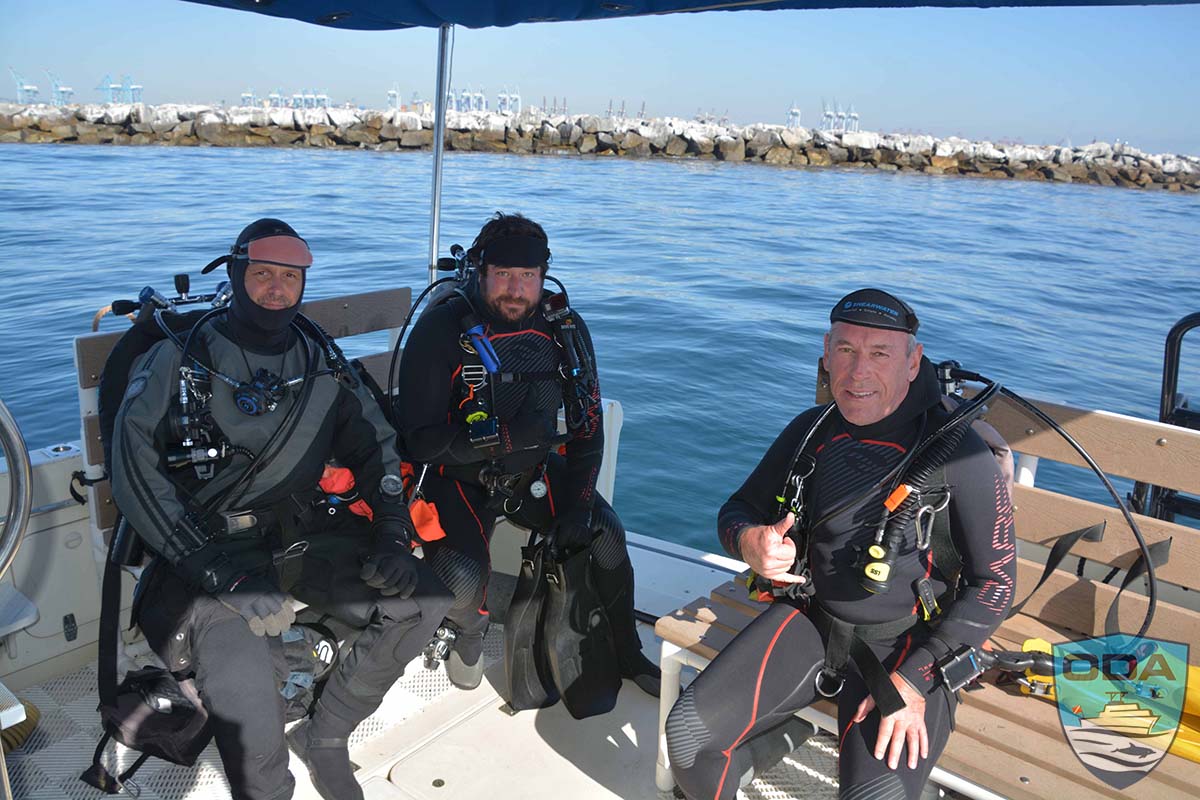 Then the float bags started popping up.  When Jim and Sue saw that the divers were at least 50 feet away from the lift bags, they motored over near the bag and assessed whether the attached debris was light enough for them to haul on to their boat, or if it was a trap, they would attach a tow line to it and drag it over to Jeff and I on the LegaSea.

The first dive resulted in one abandoned lobster trap, three anchors, some trap remnants, and 100 feet of trap line removed.

After that 50-minute dive, they climbed back aboard to have some food and drinks while they prepared for the second dive. 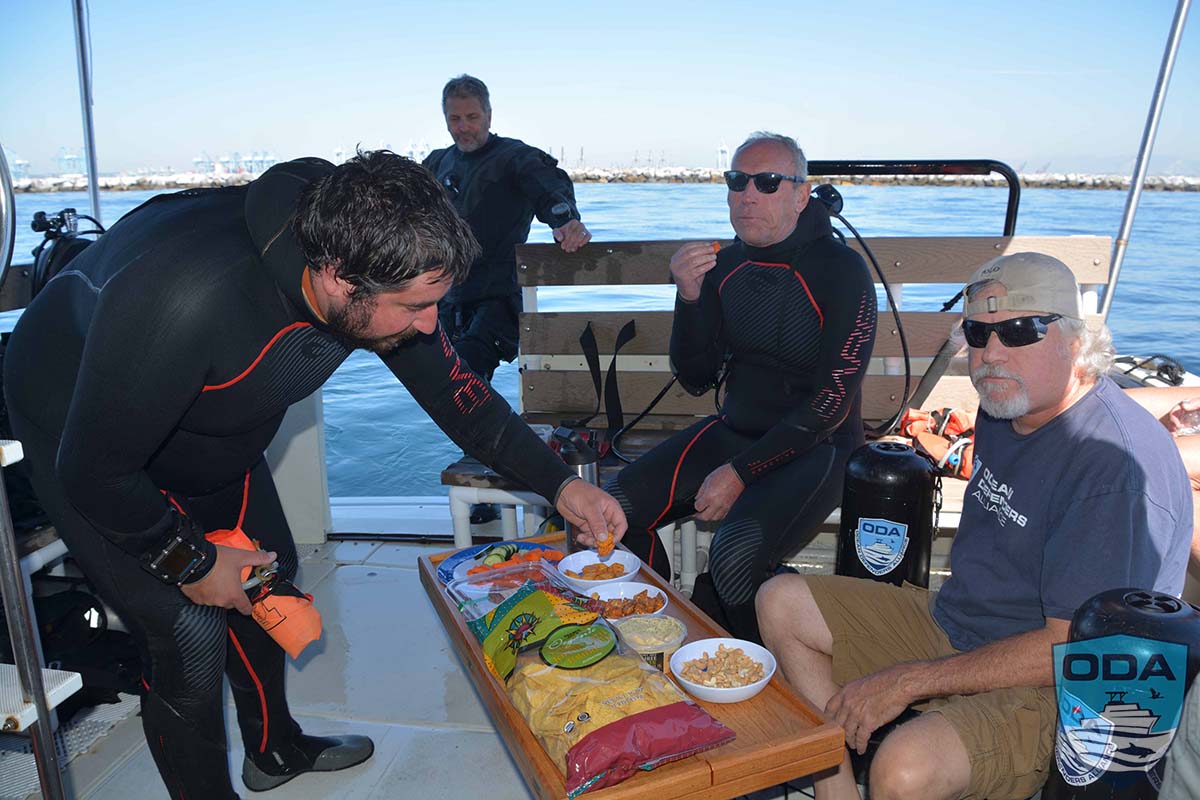 This gave us time to take in what was going on around us.

We were seeing dozens of what are called “bait balls.”  These are small schools of fish, in this case sardines, feeding on the plankton that was floating in the water.  One of the bait balls was so big that it looked like the waters were boiling.  And of course, the birds took notice and were diving on the fish that were close to the surface.

Fun to see so much wildlife so close to the vast commercial shipping hub that LA Harbor supports. 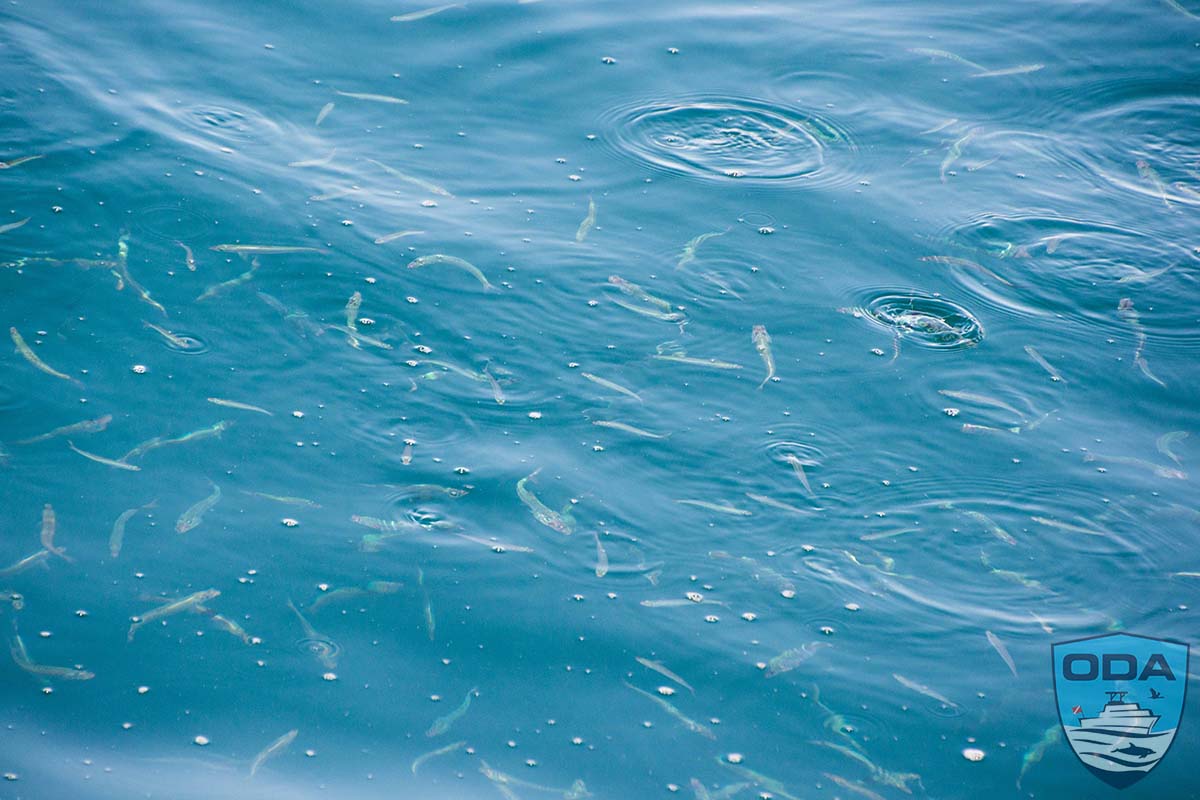 After a 90-minute surface interval (a break from diving), I dropped Sammy, Tom, and Geoff off in the same spot where they had ended the first dive, and off they went.  Jim and Sue followed from a safe distance in the RIB (rigid inflatable boat).

We repeated the same scenario as the first dive, and at the end of their 45-minute dive we had another trap, three more anchors, and about 200 feet of fishing lines all safely aboard.

Fun time was had by all, and we ended up with two lobster traps, six anchors, over 200 feet of trap lines, and smiles all around.  Both boats ran great, and with everyone having such a fulfilling time, the common refrain was “Can’t wait to do this again!” 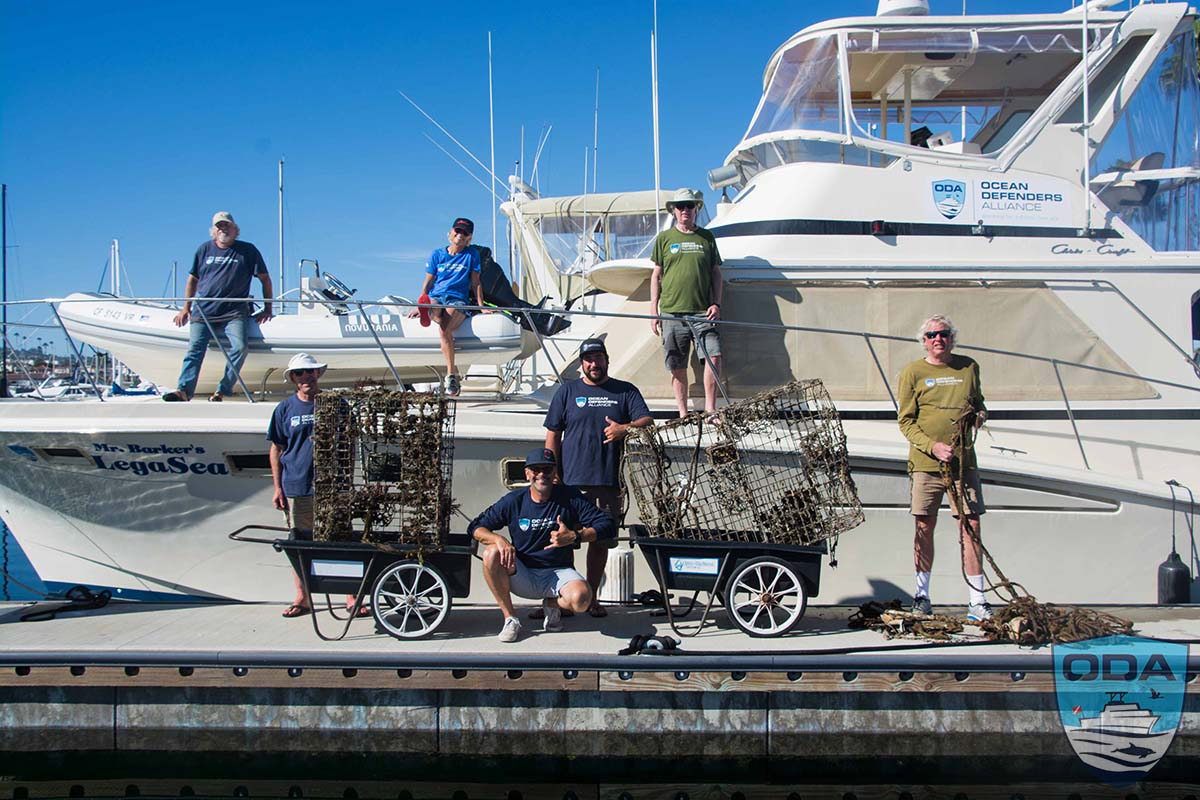