Jack’s Diving Locker—located in the heart of downtown Kona, Hawai’i—is one of our marine- debris-removal partners on the Big Island.  I had the honor of being with the crew on this successful underwater debris-cleanup dive on Sunday, April 29th. We’ve gone out before with Jack’s and did a surface cleanup, but this was the first SCUBA diving expedition.

Thanks to the promotional efforts of Teri Leicher and Chrissy Bogdanovitch of Jack’s, we had a full boatload of volunteer divers, half of which were women.  We’re proud to tell you that although our crews are often mostly male, today half of our crew were women. Debris removal is absolutely an equal opportunity activity! :-) Yeah! 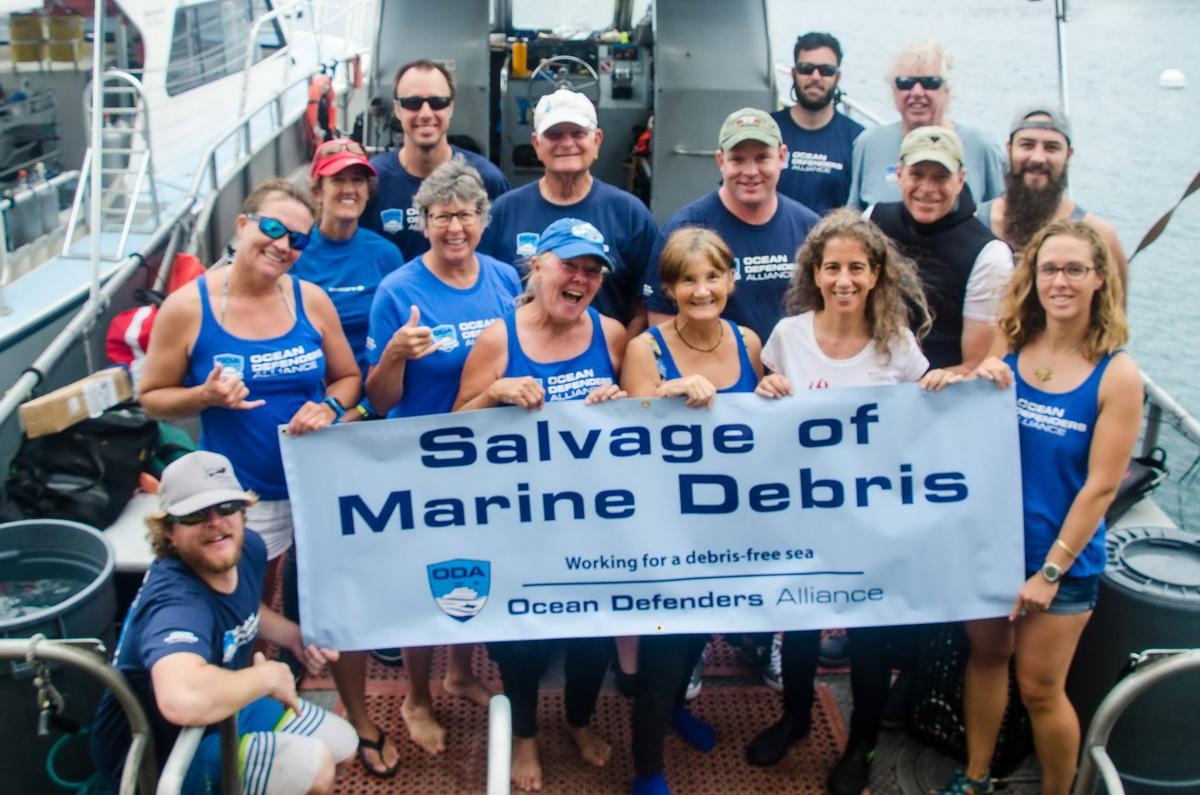 We boarded Jack’s boat Diver Two in the morning, and left harbor under a very overcast sky and into some pretty rough seas.  We headed north to a site called Trail of Tears, given this name because it had an unusually high population of Teardrop Butterflies, a very elegant and ornate fish.  Very sadly, the aquarium industry captured them all and they are completely gone now.

As we approached the dive site I was wondering if we were going to actually be able to dive in this location as the waves were smashing into the lava rocks that were on the shoreline.  But to my amazement, it didn’t seem to faze anybody—they were used to this!—and we soon had 12 SCUBA divers in the water. 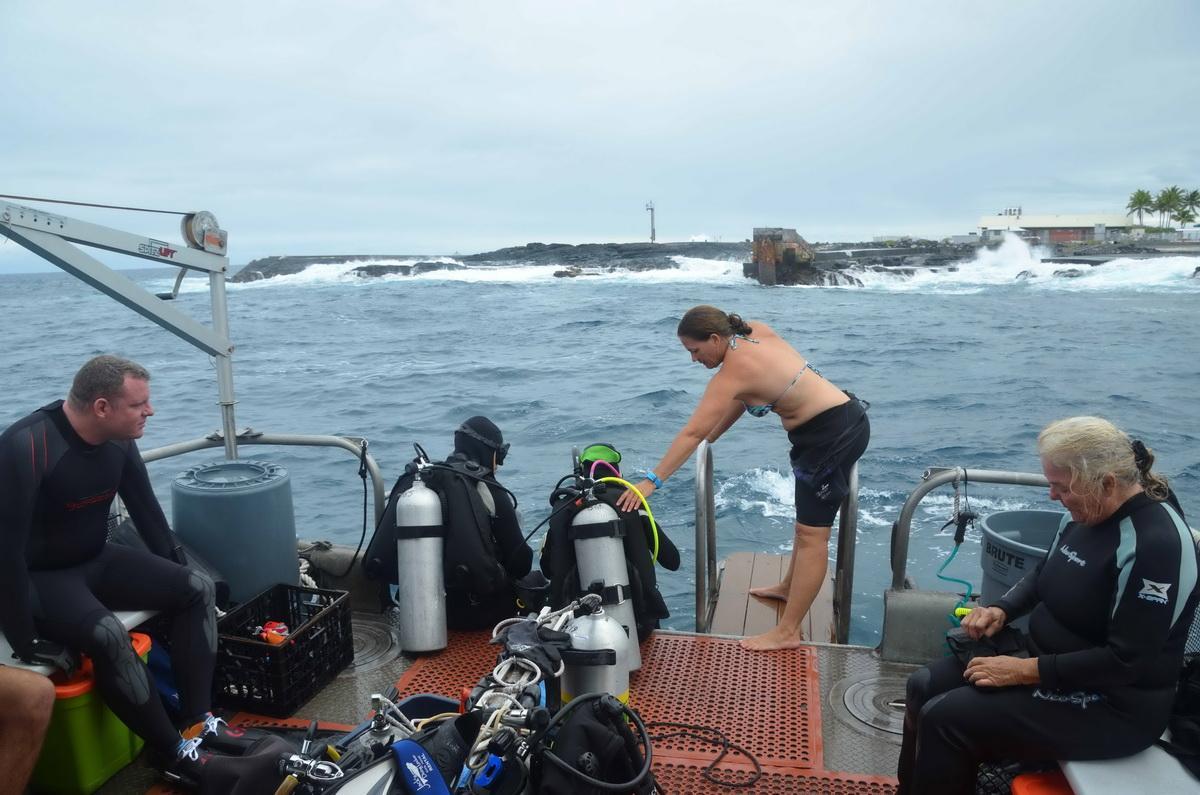 The divers broke up into teams of two or three and headed down to the bottom at about 50 feet.  All things considered, the underwater visibility (UW vis) was pretty good at 40-50 feet.  This was a welcome relief as it allowed the divers to locate debris more easily. 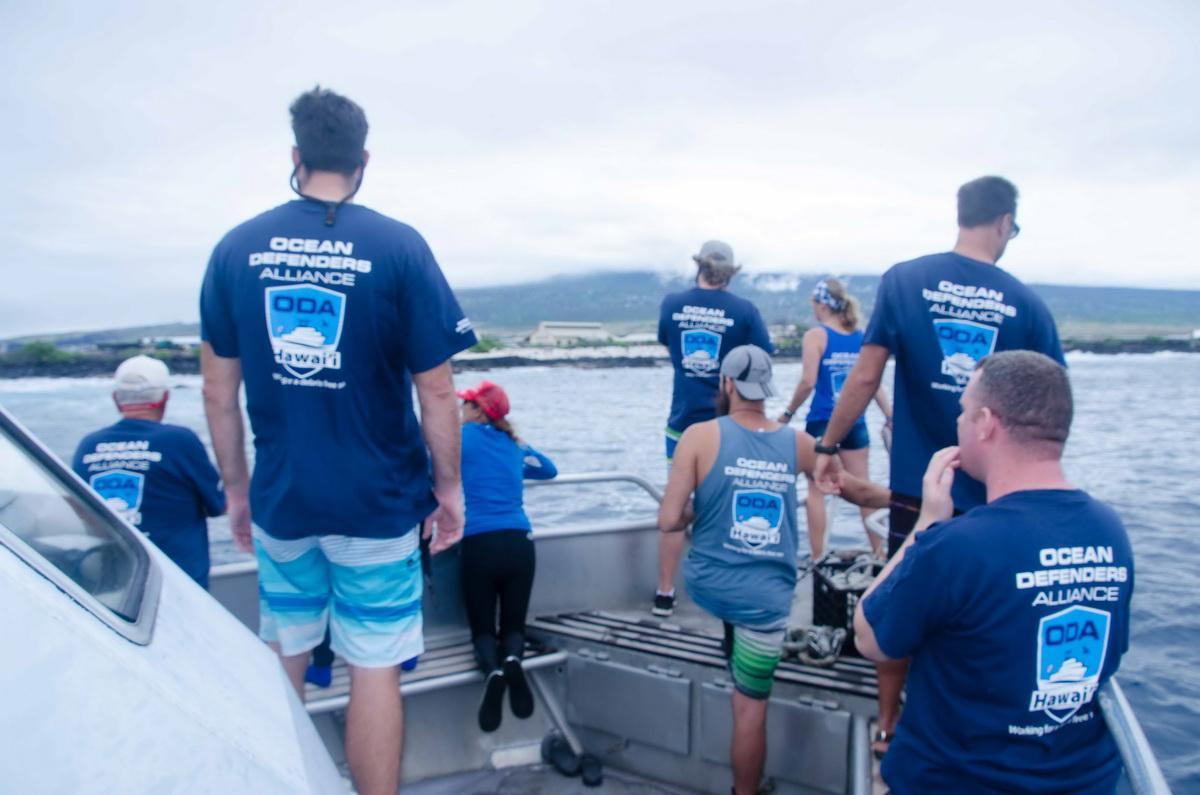 This site is right next to an energy plant, which has some really big pipes that extend about a mile from the plant out into the ocean.  Fishermen use part of the facility’s piping structure to stand on while they cast their lines.  Not only do they lose their lures and lines when they become caught on the coral reefs and rocks below, but they also throw their cigarette butts and cans and other refuse into the water. Ugh! 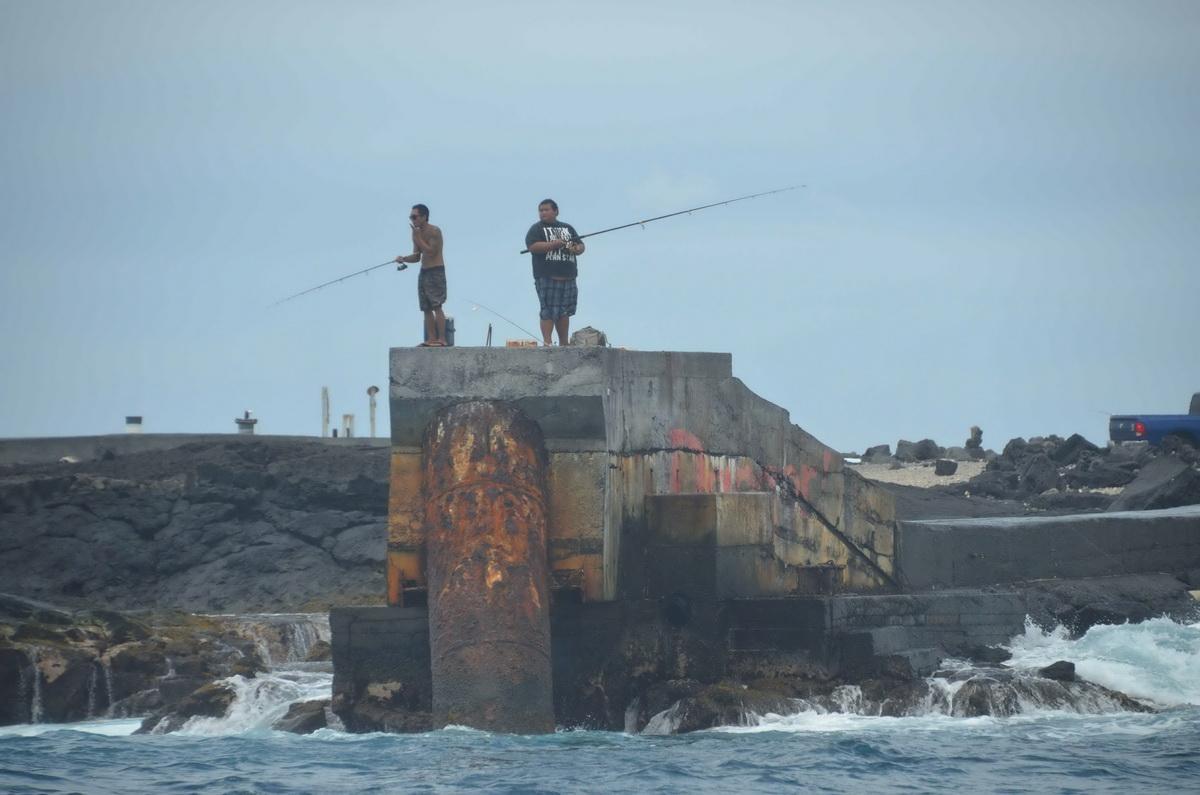 After about an hour, the divers started surfacing and making their way back to the boat. 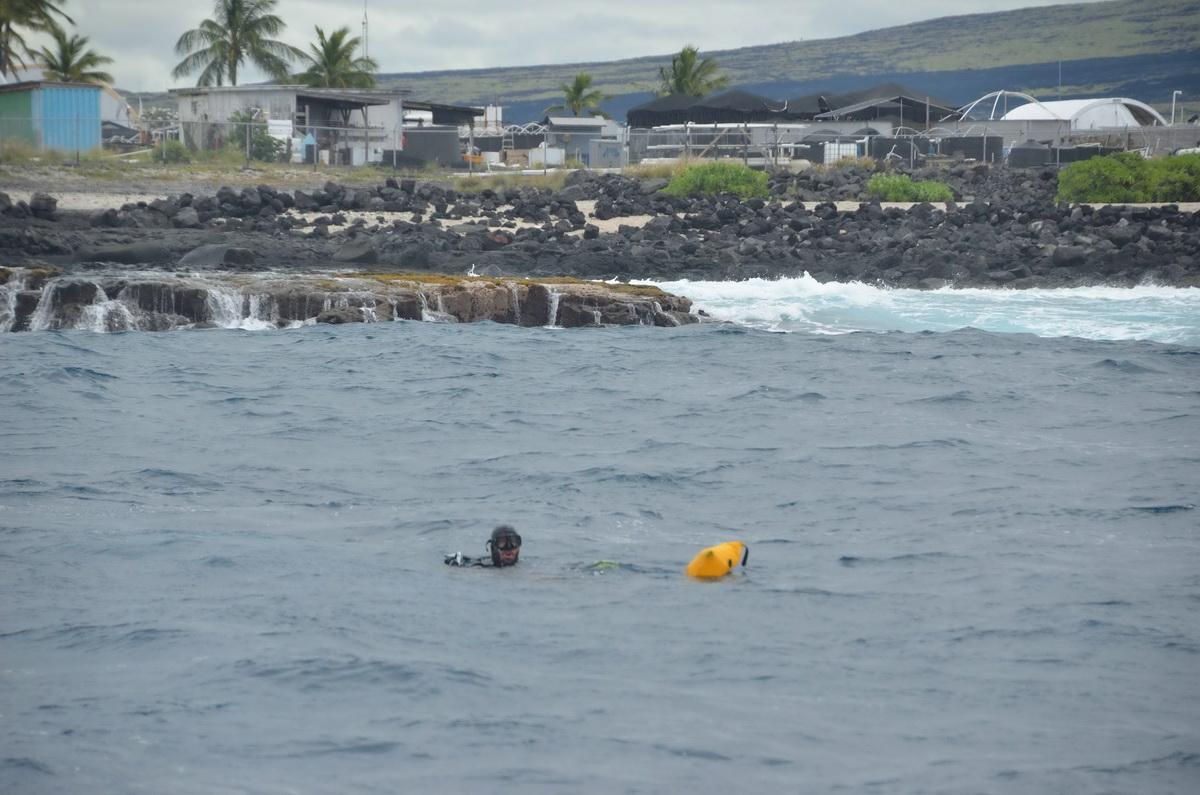 Everyone had debris stuffed into mesh bags or small buckets.  It was great to hear everyone’s enthusiasm at having been part of this cleanup dive.  And I gotta tell you, I was equally as excited to welcome these new recruits to ODA’s ever-expanding list of awesome volunteers. 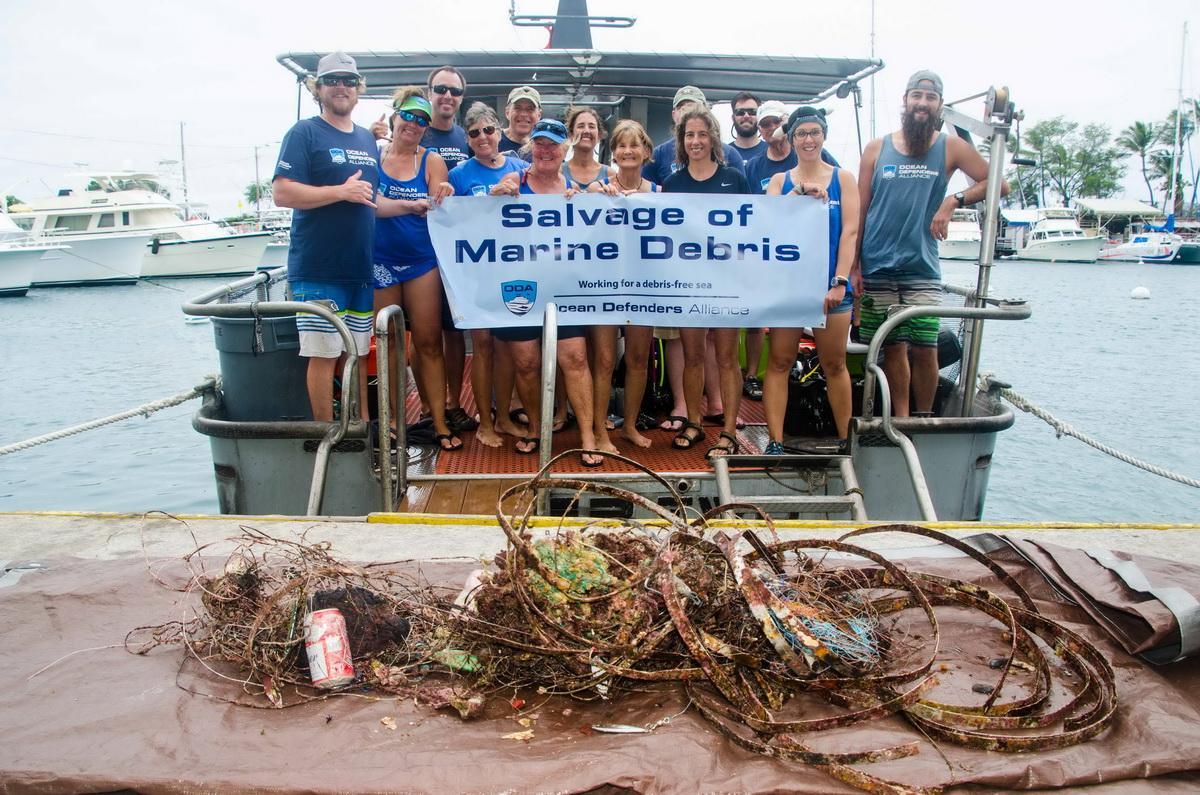 And thanks to these wonderful volunteers and the boat crew at Jacks, we removed about 80 pounds of marine debris.  Of that amount, about two pounds of it was fishing line, which equates to roughly 6,000 feet. That’s over one mile!

As we made our return trip back to the slip, the seas had gotten considerably worse, and the boat surfed on a big wave that escorted us all the way into the harbor.  Only in Hawai’i!

If you want to know when the next opportunity to dive with the ODA-Jack’s gang, please email us and we’ll keep you informed!