Channel Islands CA – ODA is Back and Ready to Clean Your Waters!

UPDATE ON THE ENTANGLED WHALE: Please see the end of this article.

The Covid 19 restrictions that were put in place in March of last year are cautiously being lifted, yeah!  Summer is officially upon us, AND we moved our flagship Mr. Barker’s LegaSea from San Pedro north to the Channel Islands Harbor. 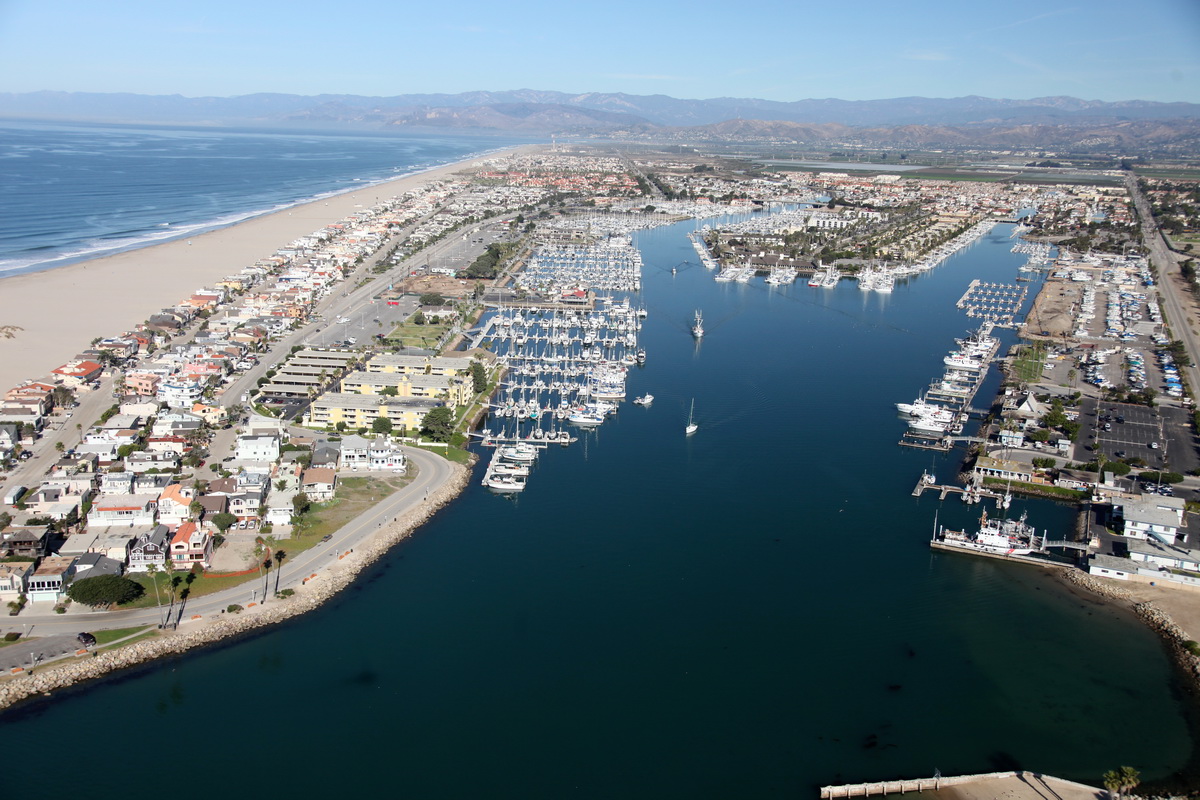 Our boat will now be located in Ventura County for the foreseeable future.

We’ve been wanting to get back to removing ghost gear from the northern Channel Islands for some time now.  The last time we were up here for any length of time was in 2015.  We decided that this would be a good time to get a fresh start and get back to working in the Channel Islands National Marine Sanctuary (CINMS).

The CINMS consists of thirteen Marine Protected Areas (MPAs) around the five islands of the Channel Islands National Park. 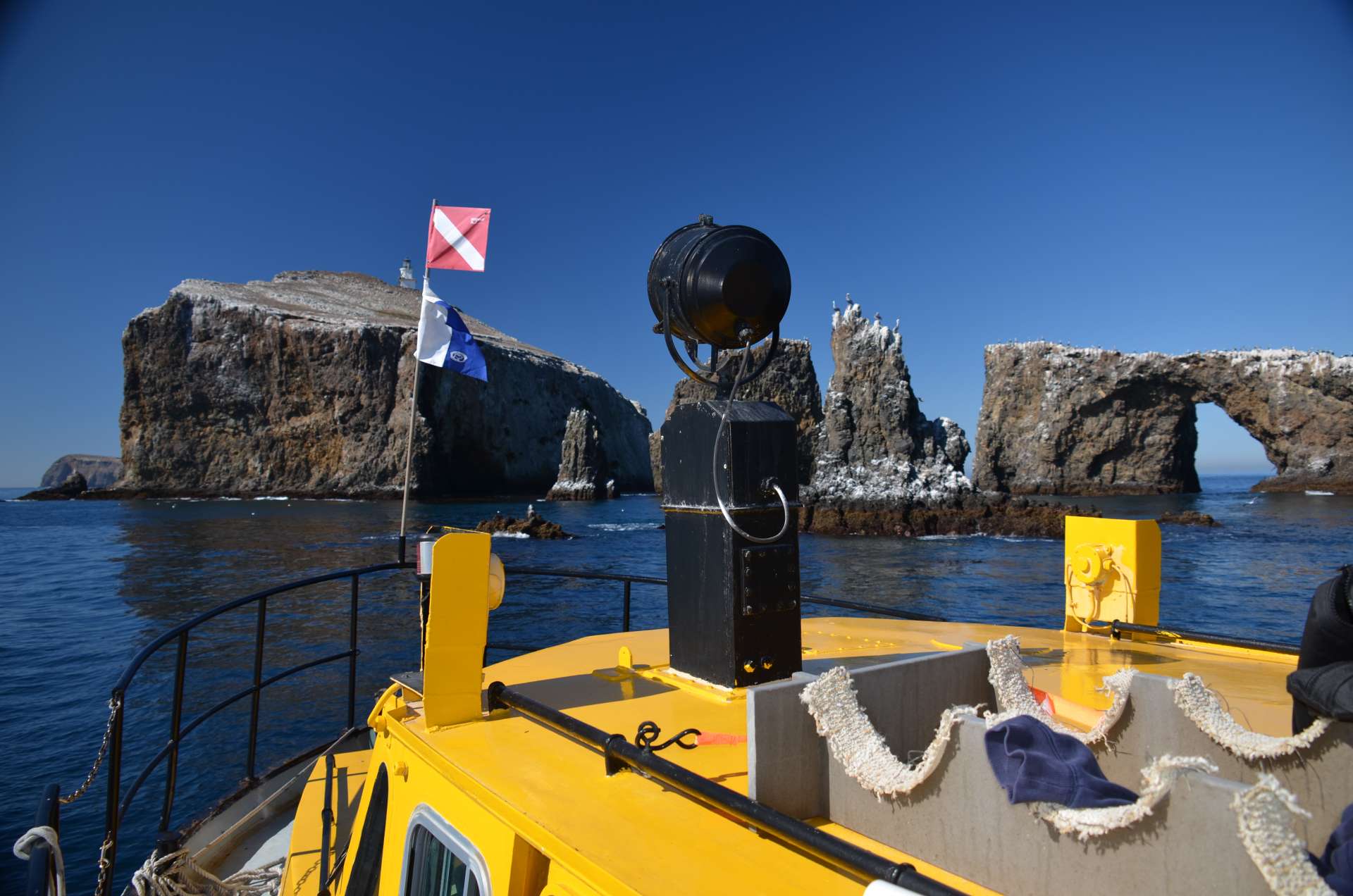 Geoff Walsh and I pushed off out of San Pedro and headed north, on Saturday, June 19th.  As we headed out of the Los Angeles Harbor, the fog was really thick, to the point that we couldn’t see very far and turned on our radar system.  Thankfully, the radar will show us if there are any boats in our path that we can’t physically see.  Since visibility was no more than a mile and a half, this made our passage a lot safer.

The trek up to Ventura is about 70 miles, and in the past, it has taken us five hours to make the voyage.  This day felt different.  We had very flat seas and just about no wind to fight.

The trip was pretty uneventful except for five or six schools of dolphins we happened to come across.  Each school had about 100 individuals in them, and we got lucky a few times where they wanted to show off by riding alongside us, and a few took to bow riding.  It felt like they were as excited to see us coming back to their waters as we were to see them! 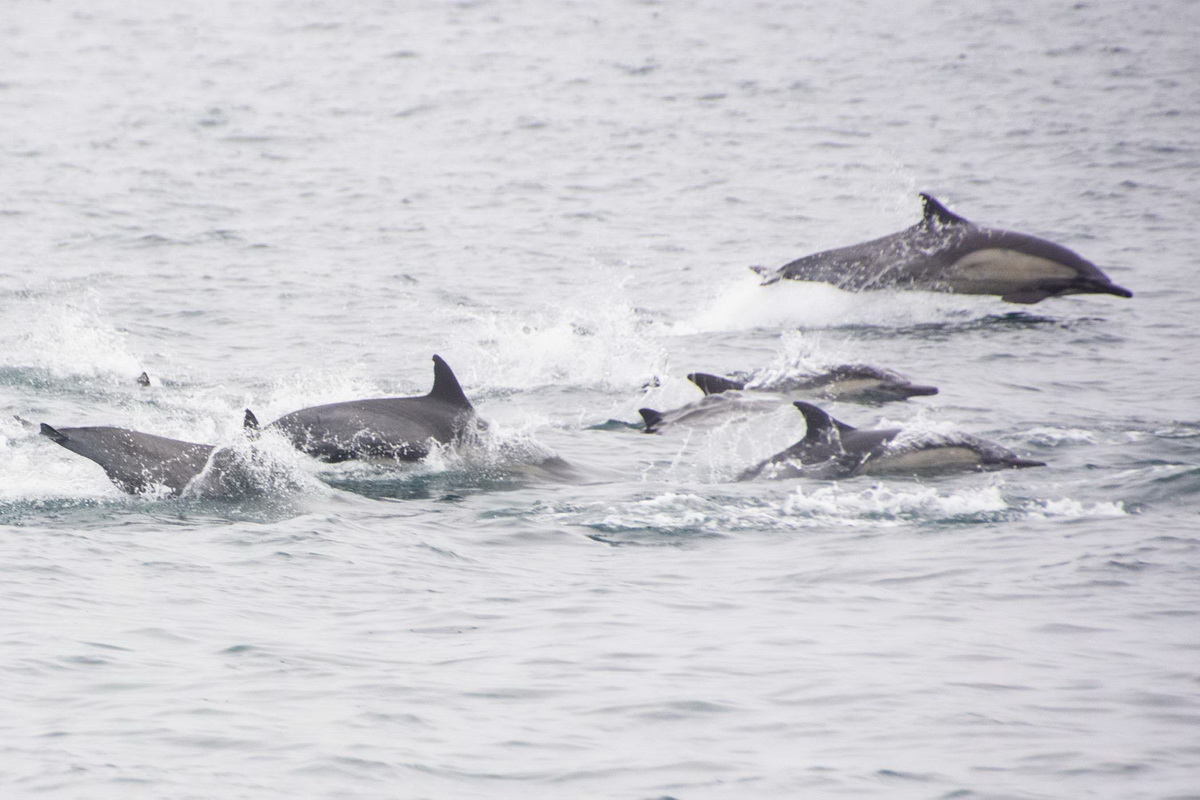 These are common dolphins, and the adults are about six feet long.  I’ve read some scientific studies about them that stated they think there are about 100,000 of them throughout southern California.

Even though the sun never peeked through the clouds, the flat seas made this a nice and quick ride.  In fact, we made that 70-mile trek in about 3.5 hours!

So now we have a slip not far from the Harbor Master’s office.  Great location, and it means it will only take us 10 minutes to enter/exit the harbor. 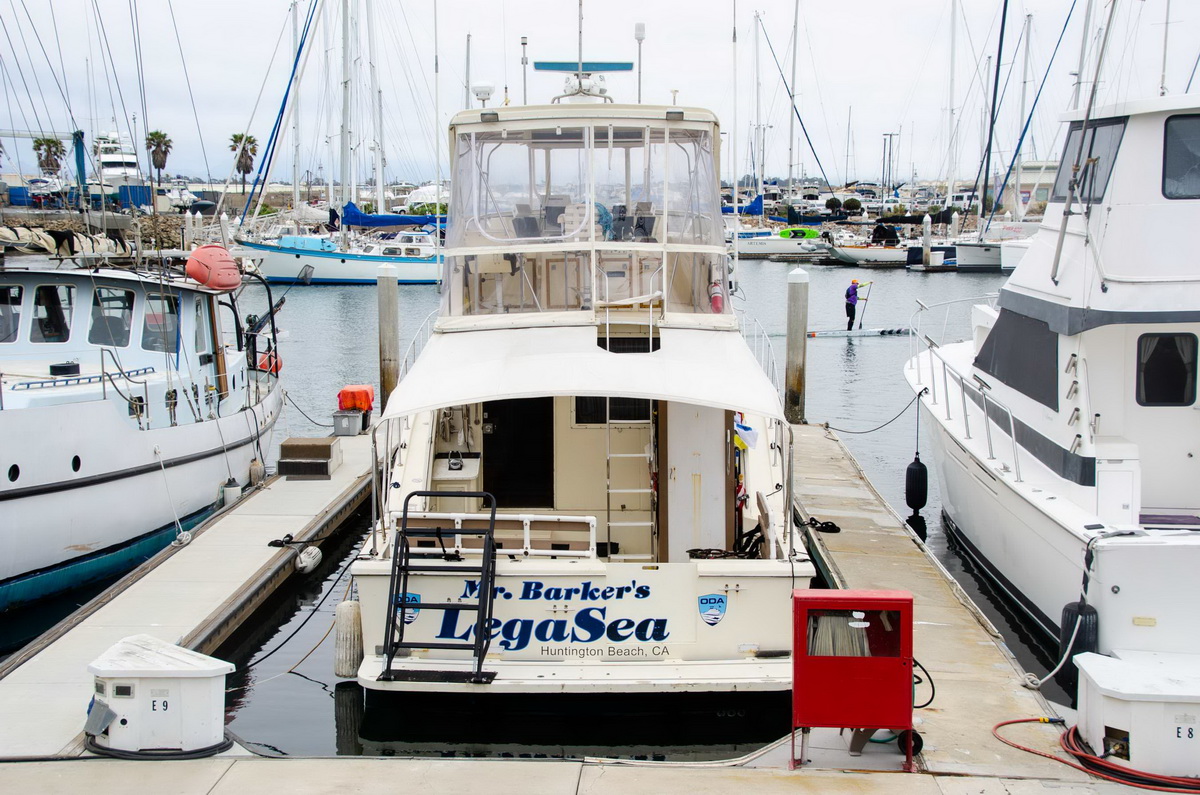 LegaSea in our new slip

On Sunday night, I received an email about a humpback whale that was spotted near Anacapa Island earlier that day.  The whale was entangled in fishing gear.  It was a trap of some sort, and the line was severely cutting into the whale’s tail.

Even though some boaters saw the whale and reported it to NOAA (National Oceanic and Atmospheric Association), the rescue team couldn’t get out there fast enough that day to try to cut the gear away.  On Monday, they couldn’t find the whale again and put out a plea for people to be on the lookout and to report the location if possible.

Then on Tuesday the whale was spotted near the Port of Los Angeles…the exact area we had just left on Saturday.  So that means the whale traveled about 60 miles in two days.  A healthy whale will travel about 100 miles per day.  So, this guy/gal is in really bad shape.

If you’re out on the water in Los Angeles or Orange County, be on the lookout and call into the whale entanglement response team at 877-SOS-WHALE (877-767-9425) if you spot this whale.  Do NOT try to un-entangle the animal, leave that to the experts.  The best thing you can do is to call the hotline and stay within a safe distance from the whale until the rescue team arrives.

Reflecting back and looking forward…

So, the very next day after Geoff and I had moved the boat, that whale was struggling very close to where we had transited.  In fact, we were only 6-7 miles away from Anacapa where the whale was first spotted, and we could see the island while we were enjoying the company of these dolphins.

Now that we are back in Ventura, this puts us back in the vincinity of the northern Channel Islands.  We’ll be collaborating with some local lobster fishermen, some friends at the CINMS, as well as local divers from Ventura County and beyond. 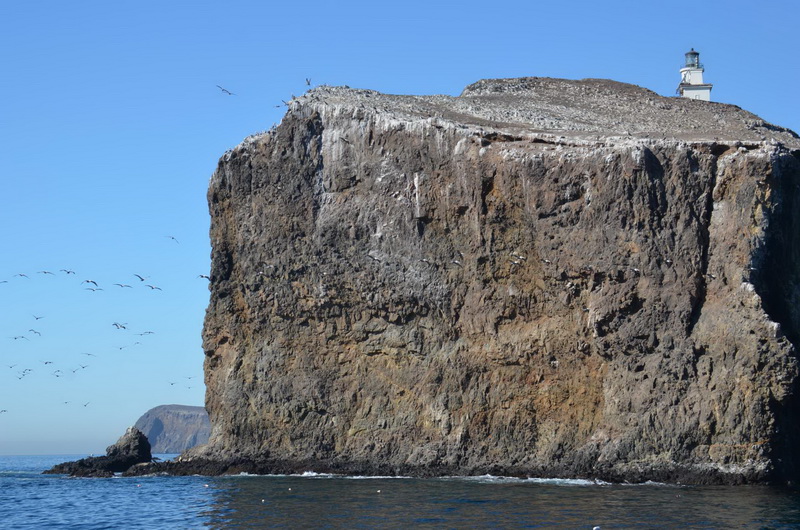 In fact, ODA volunteer diver Kim Cardenas and I will be giving a presentation to the Channel Islands Divers Club next month, July 16th.  We’ll be telling them about the problems of ghost gear (yes, even in a protected area like the CINMS!) and inviting divers to volunteer with us and clean up the underwater world that we all love.  If you’d like to attend, please take a look at our calendar soon for the specifics (or email us).  Admission is free to the public.

Thanks to your continued support we’ll be ready and able to help the wildlife both under the water and on it!

UPDATE: The entangled whale continues to be spotted along the coast of Southern California. You can read about it in this article. Remember: If you’re out on the water in Los Angeles or Orange County, be on the lookout and call into the whale entanglement response team at 877-SOS-WHALE (877-767-9425) if you spot this whale.  Do NOT try to un-entangle the animal, leave that to the experts.  The best thing you can do is to call the hotline and stay within a safe distance from the whale until the rescue team arrives.