We headed to the shores of Huntington Harbor on Sunday, March 12th, to remove the debris that has been choking this place for months. You could tell Spring is right around the corner, as the fog was pretty dense. Visibility was something like 200 yards. 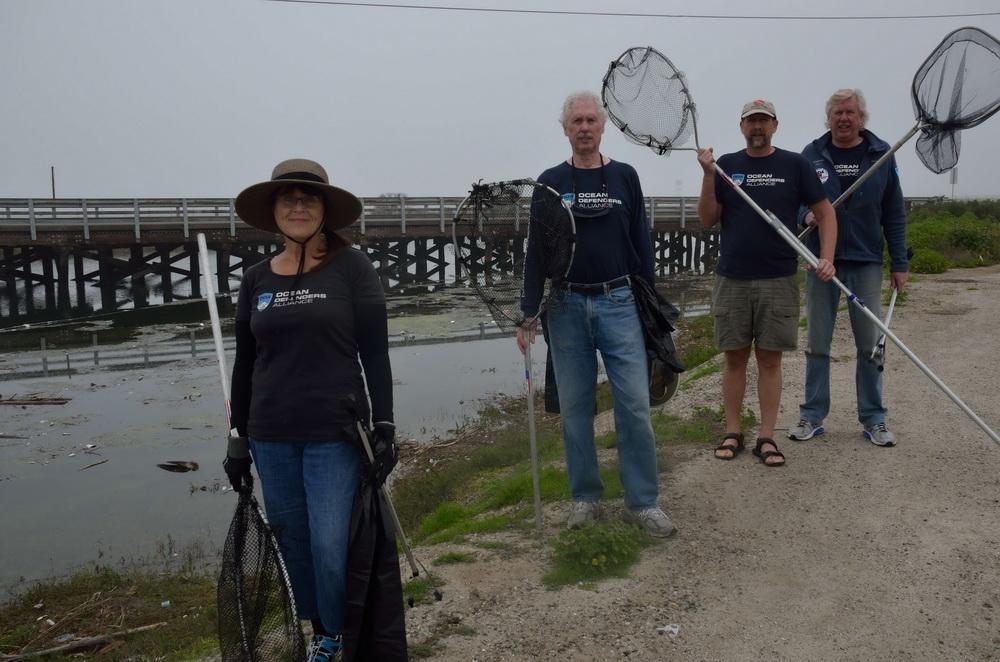 ODA Cleanup Crew before start. It's so foggy you can barely see them!!!

Earlier in the week I had gone to the scene of our last cleanup, the shoreline of the Seal Beach National Wildlife Sanctuary (NWS), but there wasn’t much trash there this time—thank goodness! That was thanks to all the great ODA volunteers who helped us clean up that site over the last month. Because we haven’t had any new rains, the plastic debris hasn’t been moving through the streams, channels, and harbors down into this critical habitat (for now, it awaits the next rain).

Our progress in Seal Beach NWS allowed us the opportunity to move further up the water channel that runs alongside the sanctuary and remove as much as we could from the banks of the channel. We scouted the Bolsa Chica Channel and saw it was dense with trash along the banks, so we decided to work there.

Our super-dedicated ODA Volunteer Lisa Davis, Jim Lieber, Martin Careon, and I met up at 9am at the site where the Bolsa Chica Channel empties its watery contents into Huntington Harbor. The city has put a boom across the water channel that is designed to collect all of the floating plastics, but these booms do NOT trap the many plastics that sink to the bottom or float under. 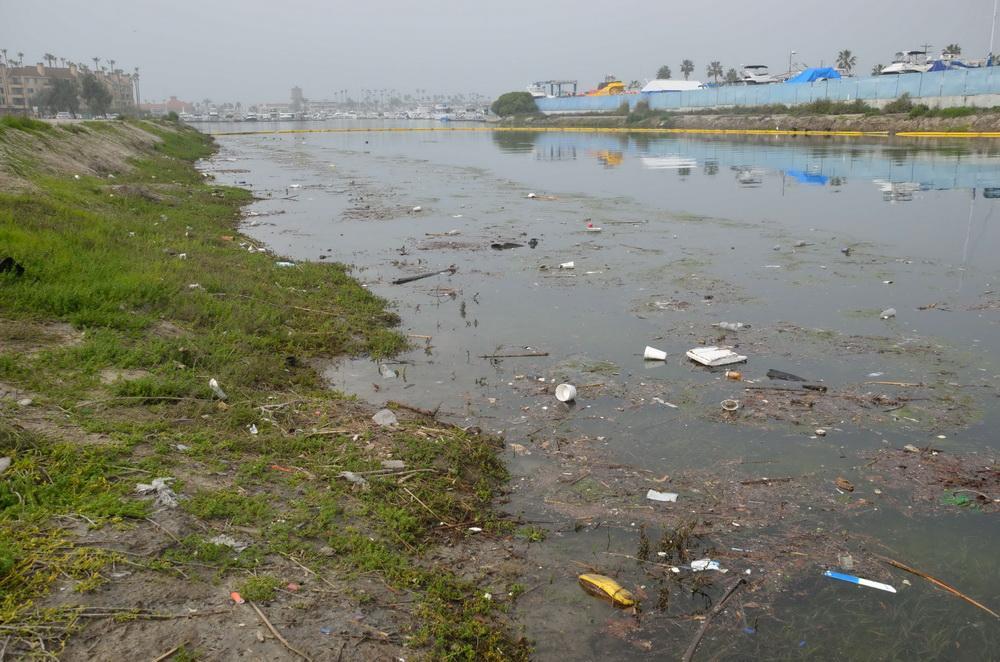 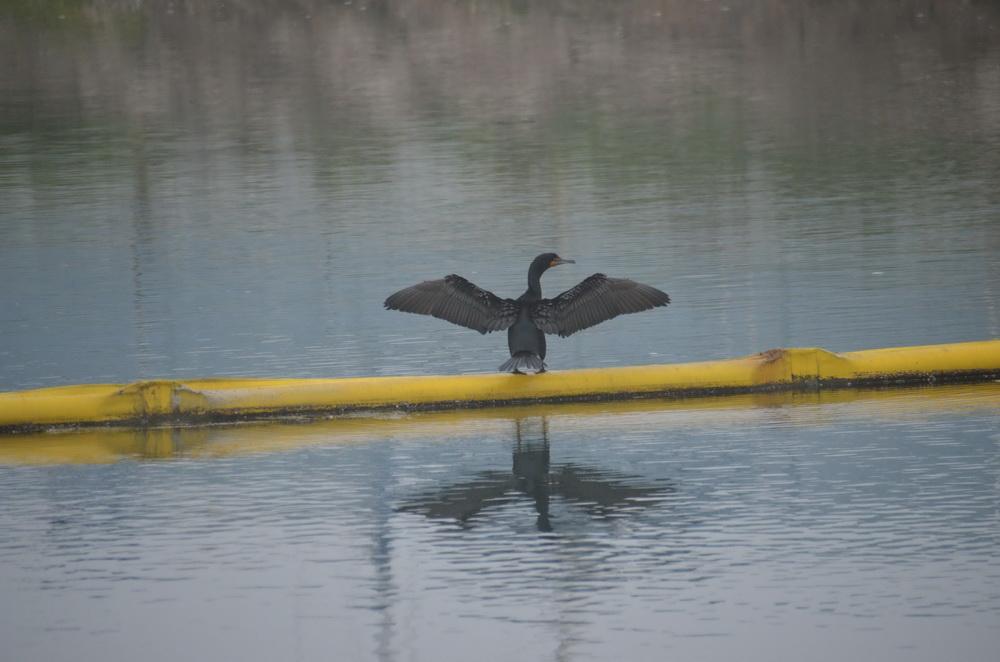 When there is enough debris behind the boom, the City sends out a crew to collect and remove it before it makes its way to the ocean. This all works pretty well, but during heavy rains the debris overwhelms the system, pushes over and under the boom, and marches towards the ocean.

As you can see from the pictures, there was a LOT of this debris along the waterline, in the water itself, and all the way up to the high tide line. The tide was going out as we worked, so we used that to our favor and with the aid of long poles, swept the debris that was out of our reach to the shoreline. Then we separated plastics from organic material and put it in a bag for proper disposal. 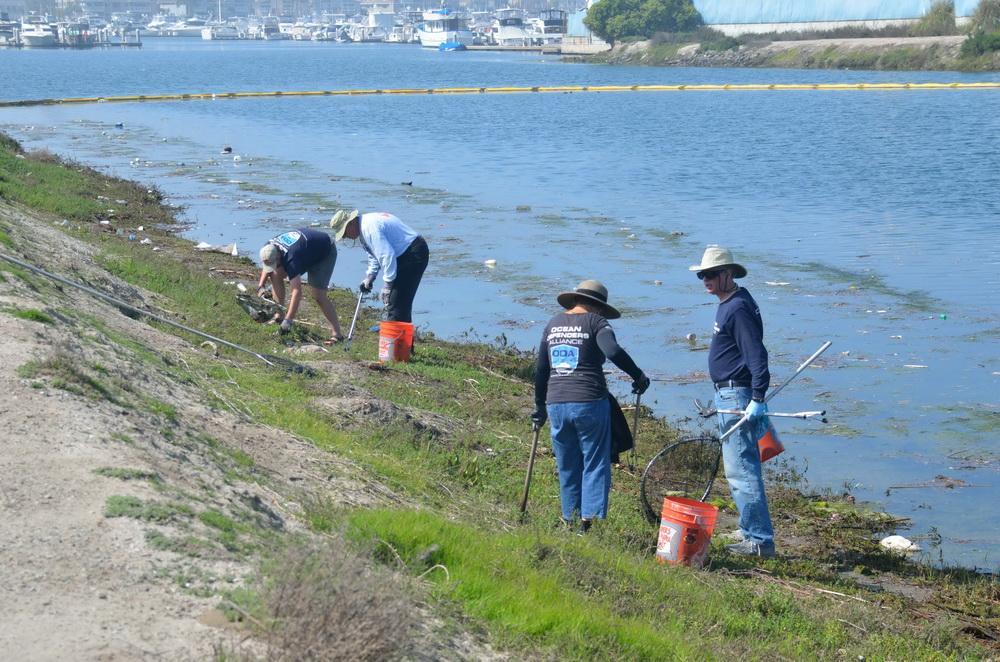 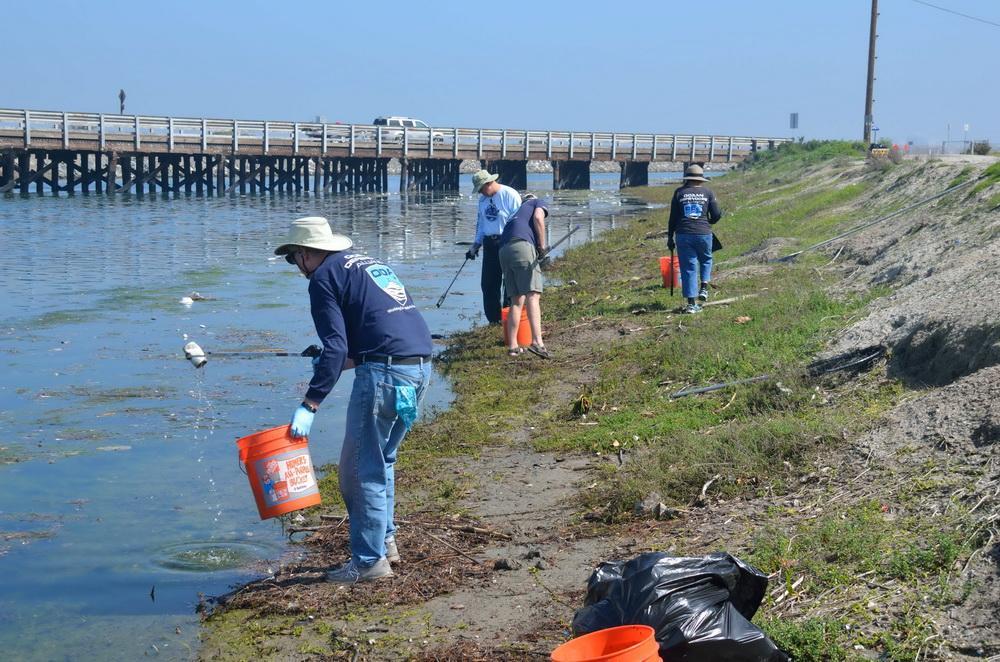 About half way through our four-hour stint, John Milligan (our long-time dedicated supporter and volunteer) showed up.  EXCELLENT!  We certainly needed all the help we could get.

As I was working, I saw a mallard duck approaching me. He was paddling along the shallows of the shoreline looking for edible plants to eat. It was a sad sight to see him swimming through all this garbage. But at the same time, it made our entire team even more aware of why it is so important to remove this debris. This place would normally be full of marsh/shore birds too, but they are much shyer than mallards; our activity undoubtedly led them to dine elsewhere for the afternoon. 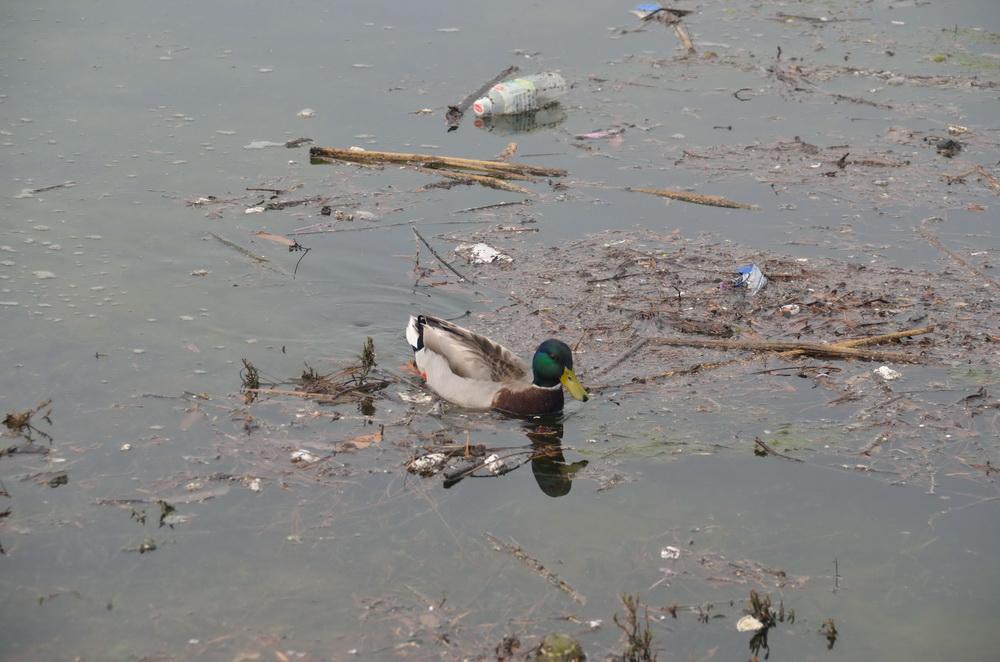 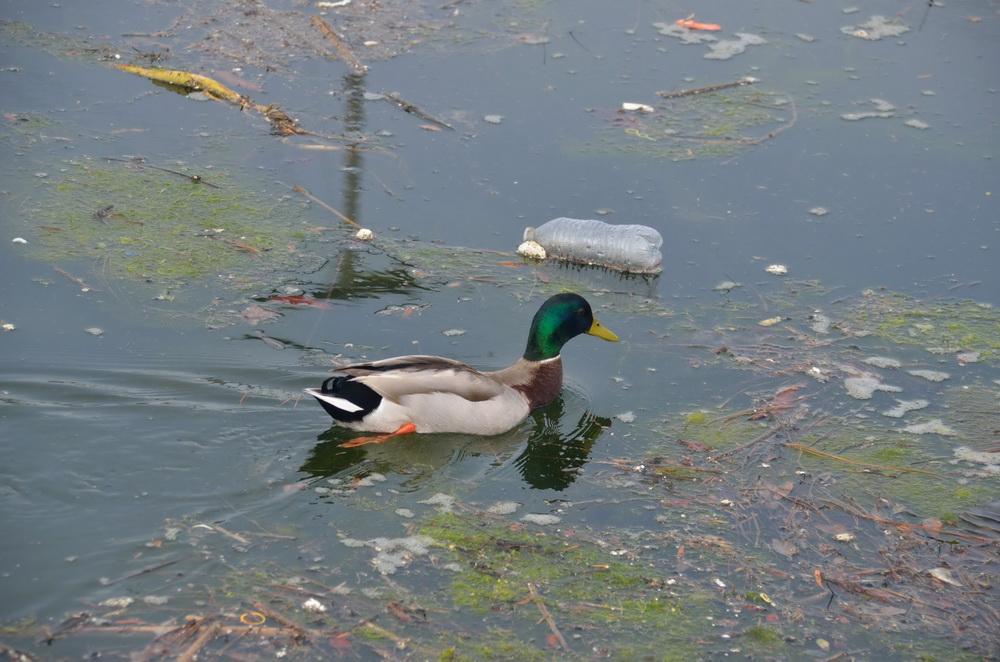 Please look at the fantastic job the ODA Crew did:

And looking towards the boom:

We spent about four hours there in the sun and muck, and removed roughly 300 pounds of plastics, including some fine mesh fishing net that Jim found. 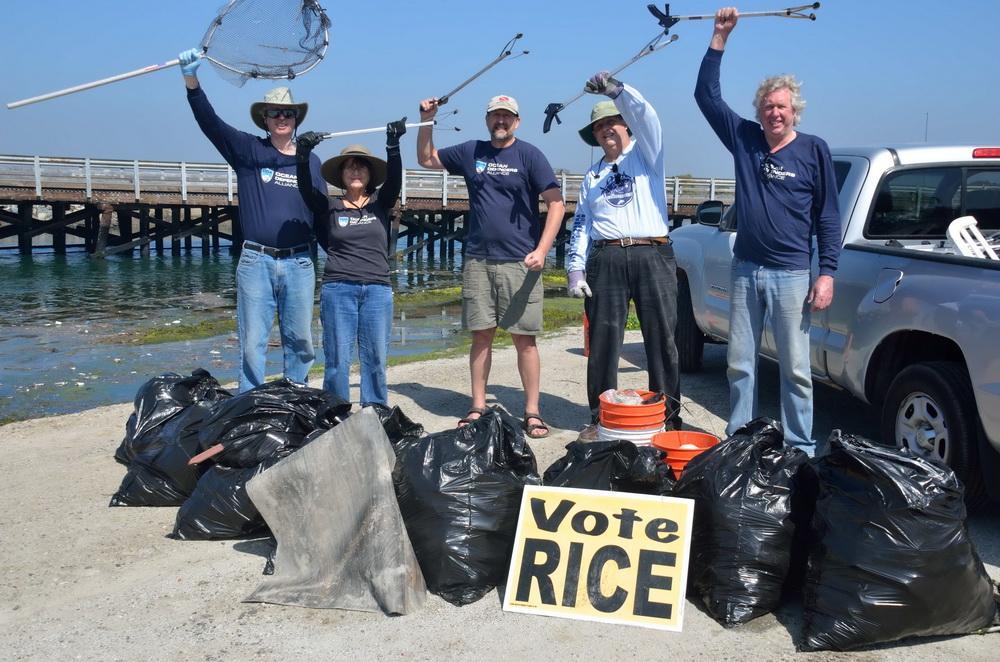 The ODA Crew with days catch. The "Vote Rice" sign is just one of
the odd pieces of garbage we found.

As we were wrapping up, I took a short walk further up the channel and saw debris piled along the water’s edge as far as I could see.

As long as weather and sea conditions keep us from going out, we’ll continue our work in this National Wildlife Sanctuary!

Be sure to check-out our Volunteer Page and if you're ready to roll-up your sleeves and come out with us for a fun and satisfying cleaup day please send us your filled-out Onshore Volunteer Application. :)