Persistence does pay off…

We had decided to take advantage of the four-day holiday and go diving on two of those days.  First, we loaded up our flagship boat Mr. Barker’s LegaSea with 11 volunteers on Friday, July 5th.

From Sea to Shining Sea

The divers were Kim Cardenas, Al Laubenstein, Billy Stedman, Geoff Walsh, and Mike Wynd.  On deck were Rex Levi, Sue Walsh, and Leslie Wang.  The Walsh’s also brought along three of their nephews to see what ODA is all about. 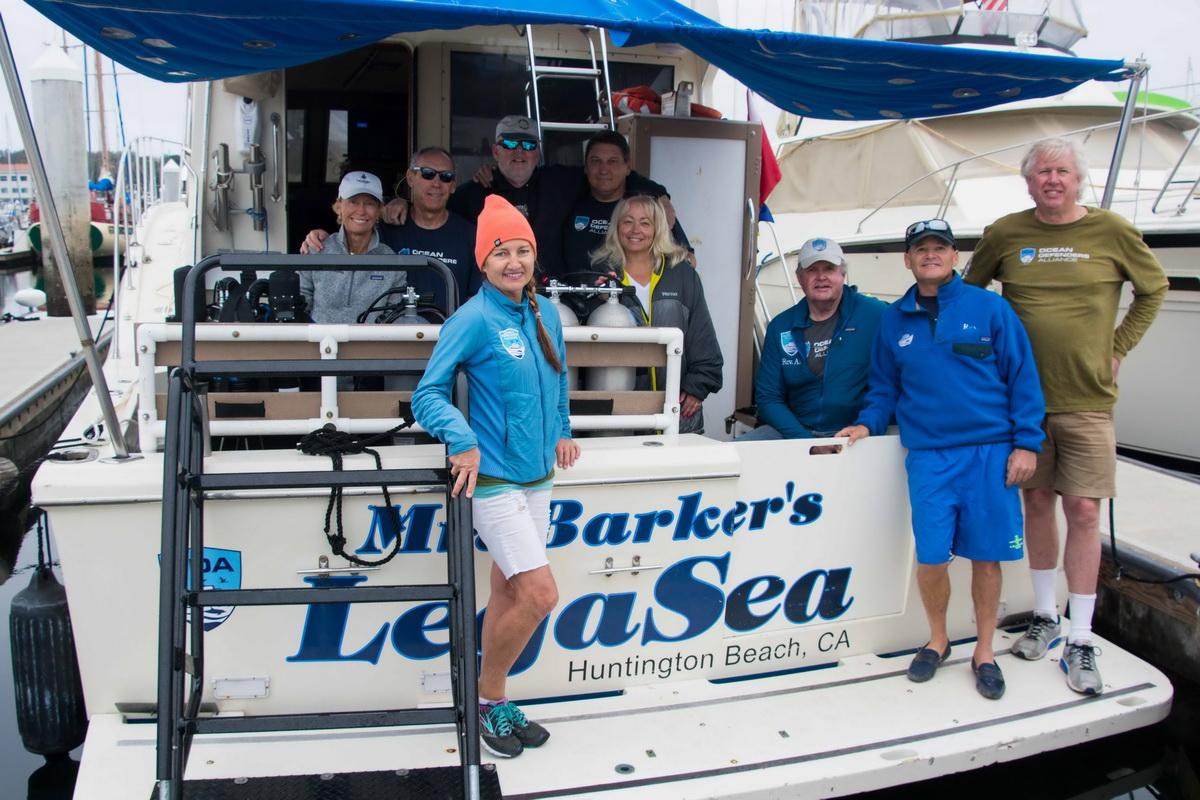 Things got off to a good start as we motored with hardly any waves seven miles from Angels Gate, arrived at the dive site which was a sunken boat called the Ace 1.  Perfect day for diving.  We dropped the anchor, but then started noticing that the power was fading and the windlass wasn’t working properly…

Oh joy.  After a lot of head scratching, we figured out that the generator wasn’t working.  Since we couldn’t pull the anchor back up due to no power, we decided to attach a buoy to the end of the anchor chain and left the anchor and chain right there.  We all agreed to come back on Sunday to retrieve it. Even though we were frustrated, we enjoyed the beautiful coastal waters and sights along the way back.

When we got to the dock, Rex and I started poking around the engine compartment and found out that some of the batteries had gone bad.  That’s why we lost power.

I spent the rest of Friday, and then all of Saturday replacing eight batteries.  It’s nothing like changing a car’s battery!! When they were back in place everything was working just fine.

So, I contacted everyone who was there on Friday, and set up another day of diving on Sunday.

This time it was the same dive team: Mike Wynd and Billy Stedman using their re-breather systems, and Kim, Al, and Geoff using their regular open circuit systems.  That is what most divers use.

This time on the deck it was Rex, Sue Walsh, and Linda who is a friend of Billy’s.

When we got to the first site, our big chore of the day was to get the anchor and chain back on the boat.  Our marker buoy was still there, so all we had to do was pull the chain up, hook it around our windlass, and then let the motor do all the heavy lifting.  It sounds easy, but it took us over an hour to get it all done. 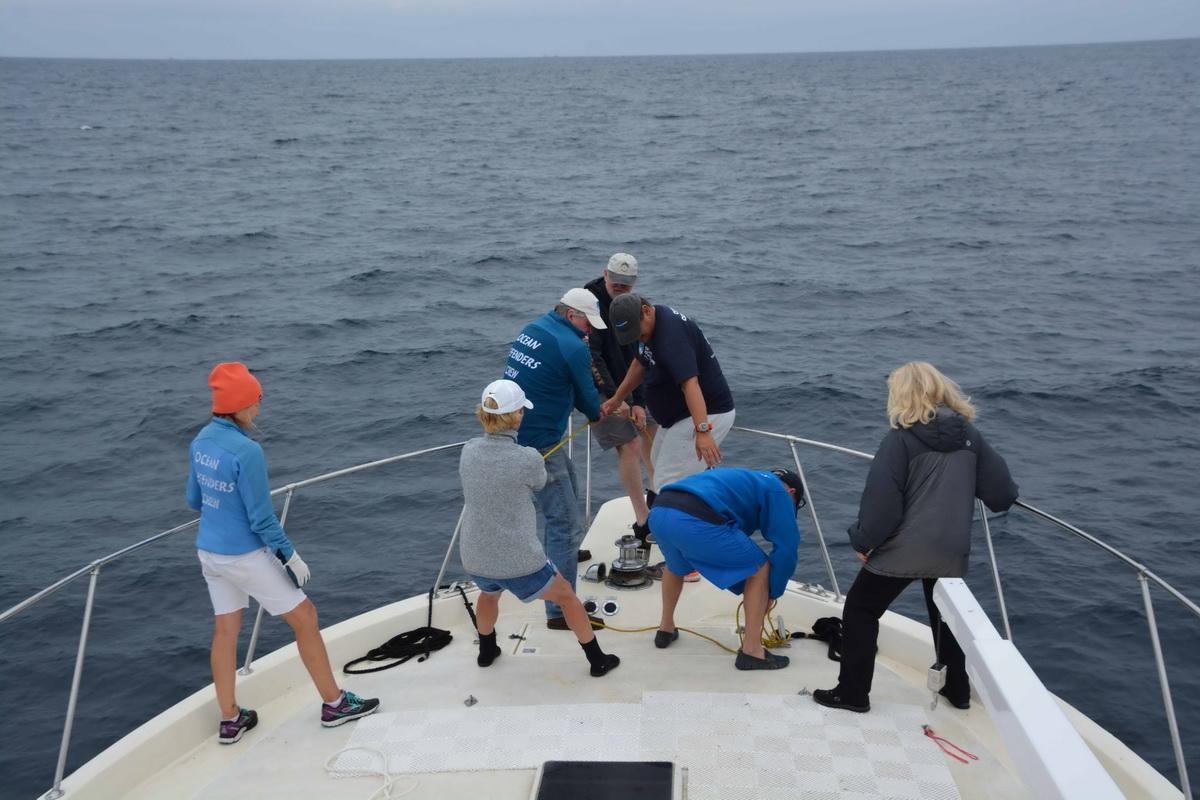 Then we repositioned the boat and Rex dropped the anchor 25 feet away from the site.  Nice shot, Rex! 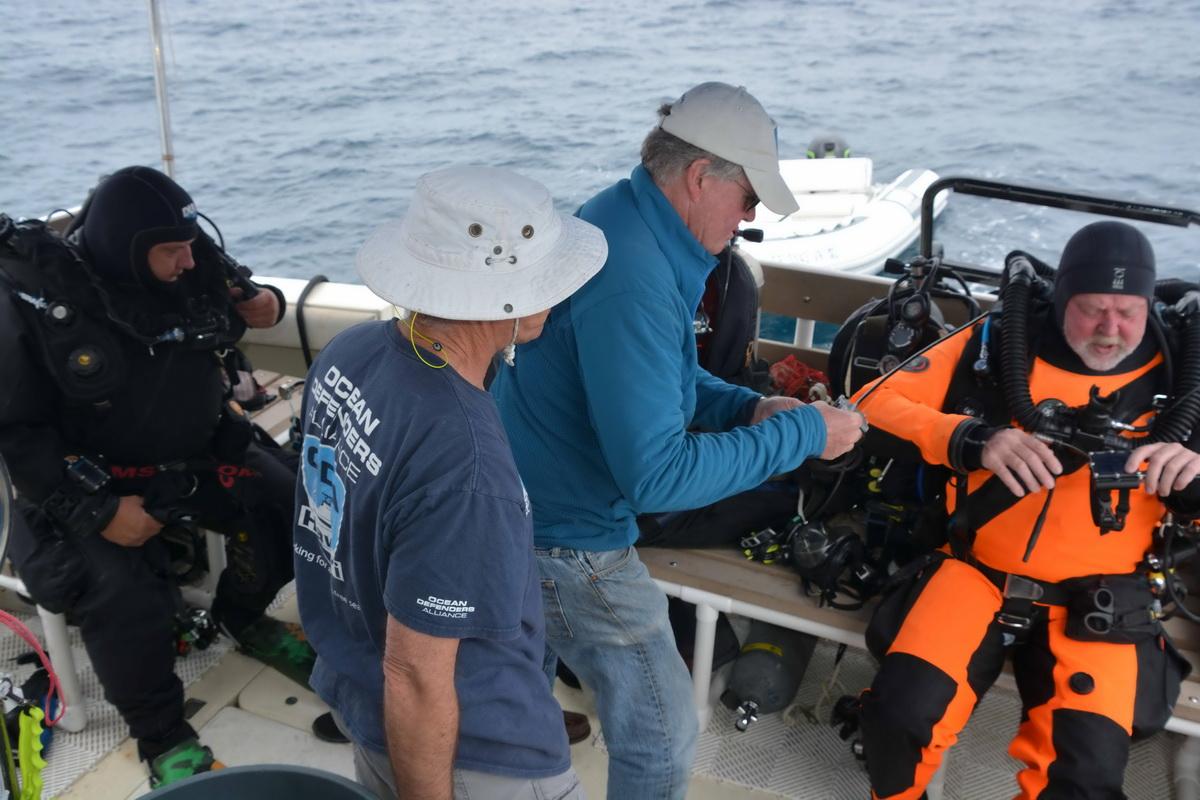 Mike and Billy dropped down to a wreck that was over 100 feet deep.  Within a half hour we saw two lift bags break the surface.  Alrighty! This means that that divers had found debris, dislodged it from its resting place, and attached an inflatable bag to it which lifted it to the surface for removal. 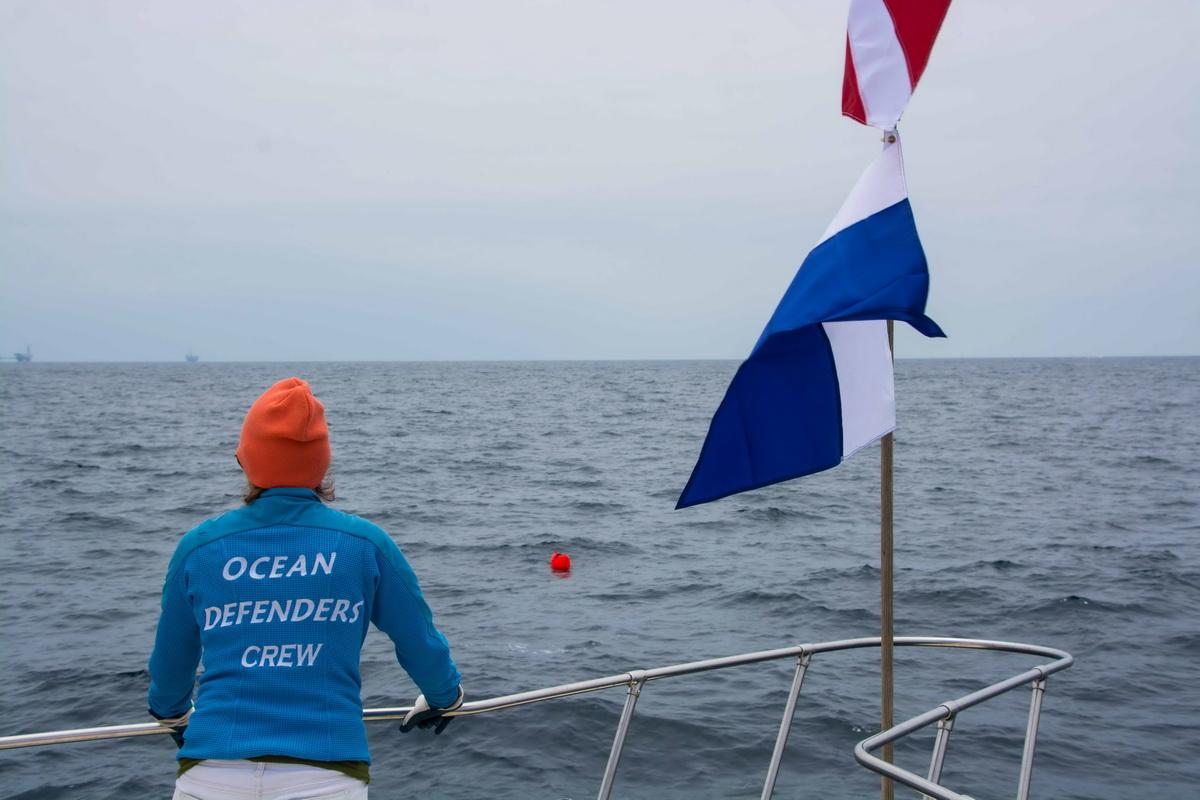 Rex and Sue jumped in the RIB (rigid inflatable boat) and quickly started dragging the lift bags over to the LegaSea. 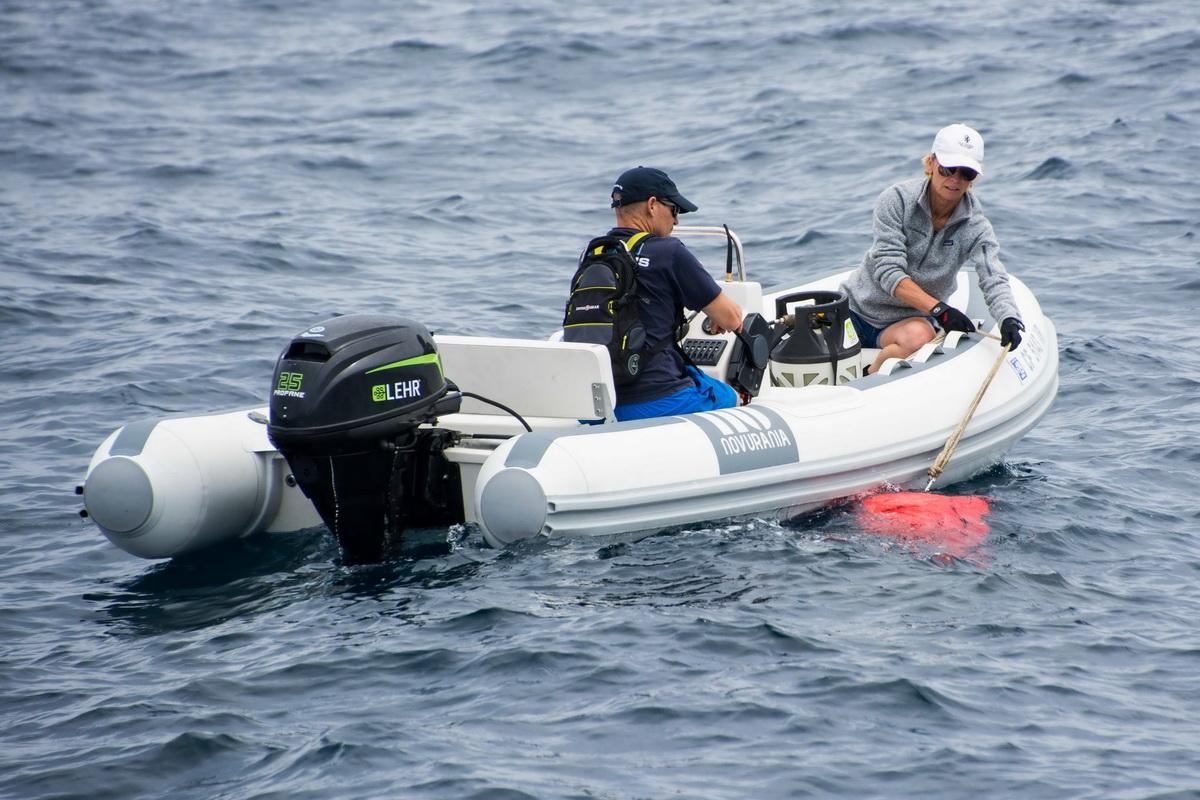 We attached the davit (crane) line directly to each trap (one at a time) to haul them up onto the deck. 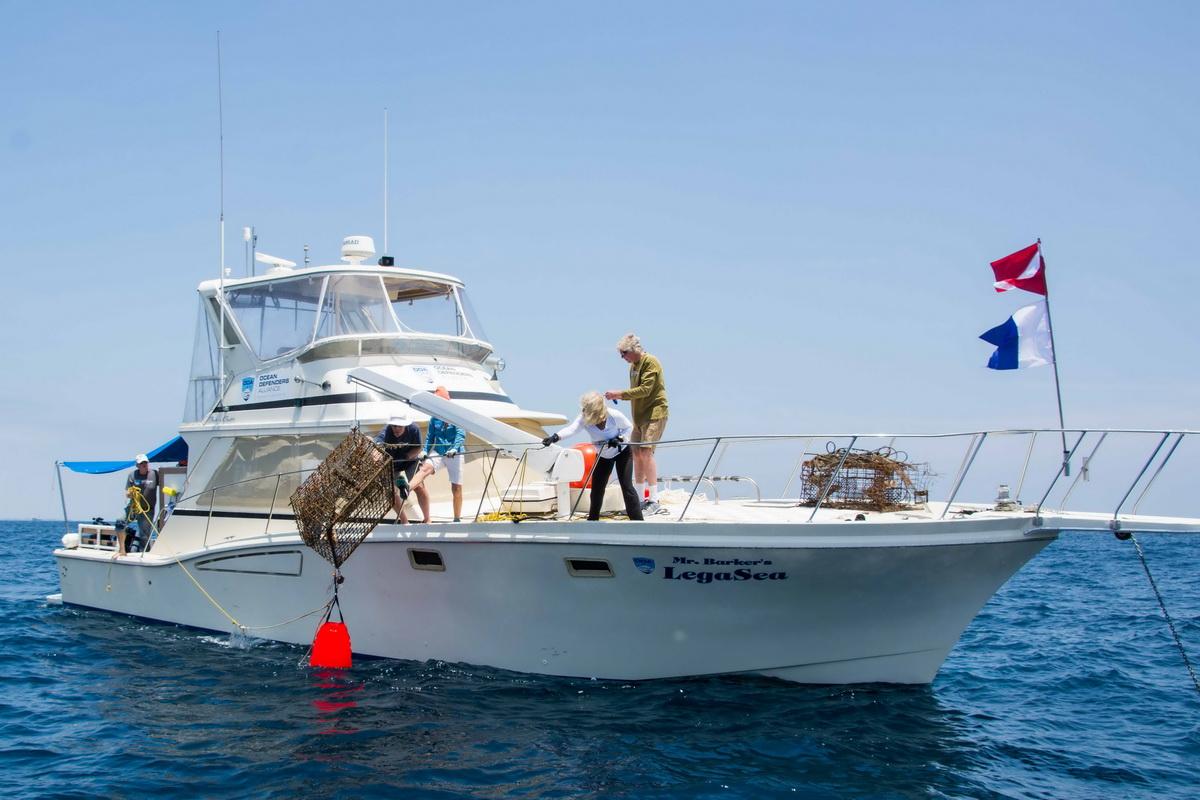 This was no easy task either.  Both traps were heavy and huge.  Some of the largest we have ever seen! 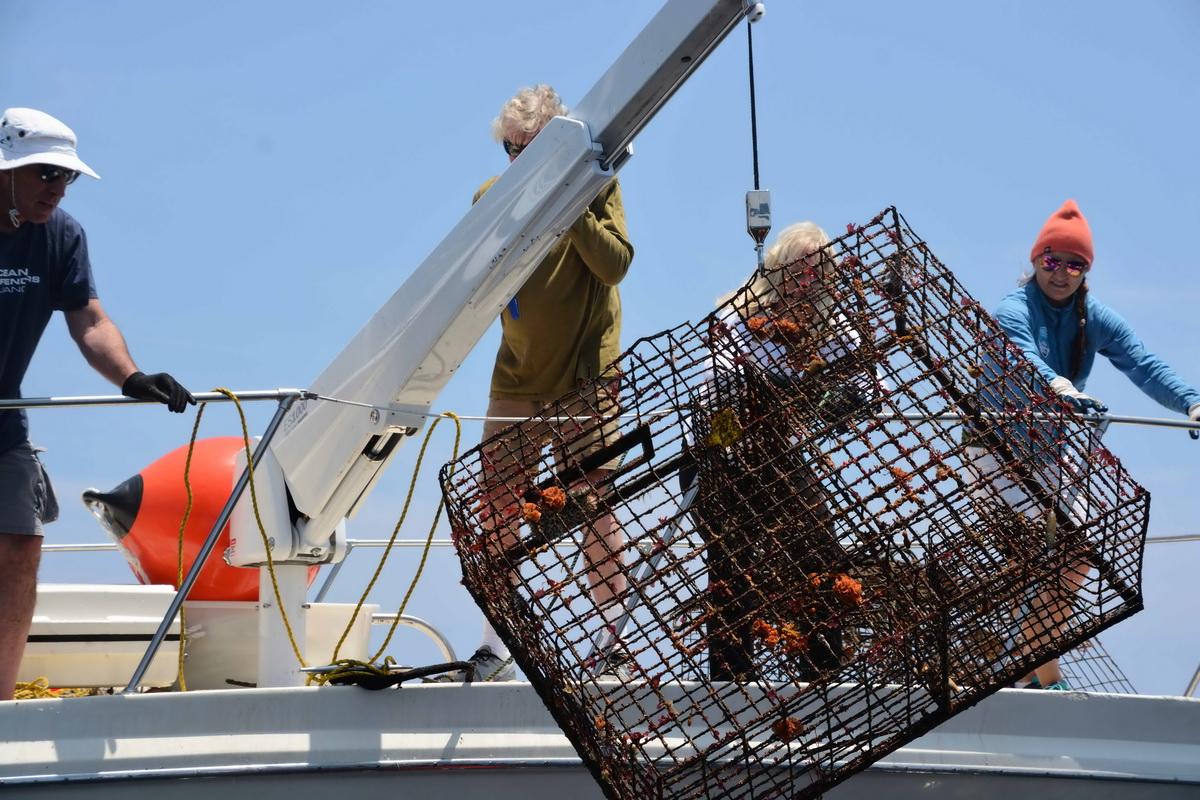 When Mike and Billy got back on the boat, they said the underwater (UW) visibility (vis) was outstanding at 40 feet.  They also said there were two fish imprisoned in one of the traps and that the fish had to be coaxed out of there.  But they eventually got the message (that we care!) and left.

Onto Another Sunken Vessel

Next up, we headed to a site we’ve been removing net from for the last several weeks. 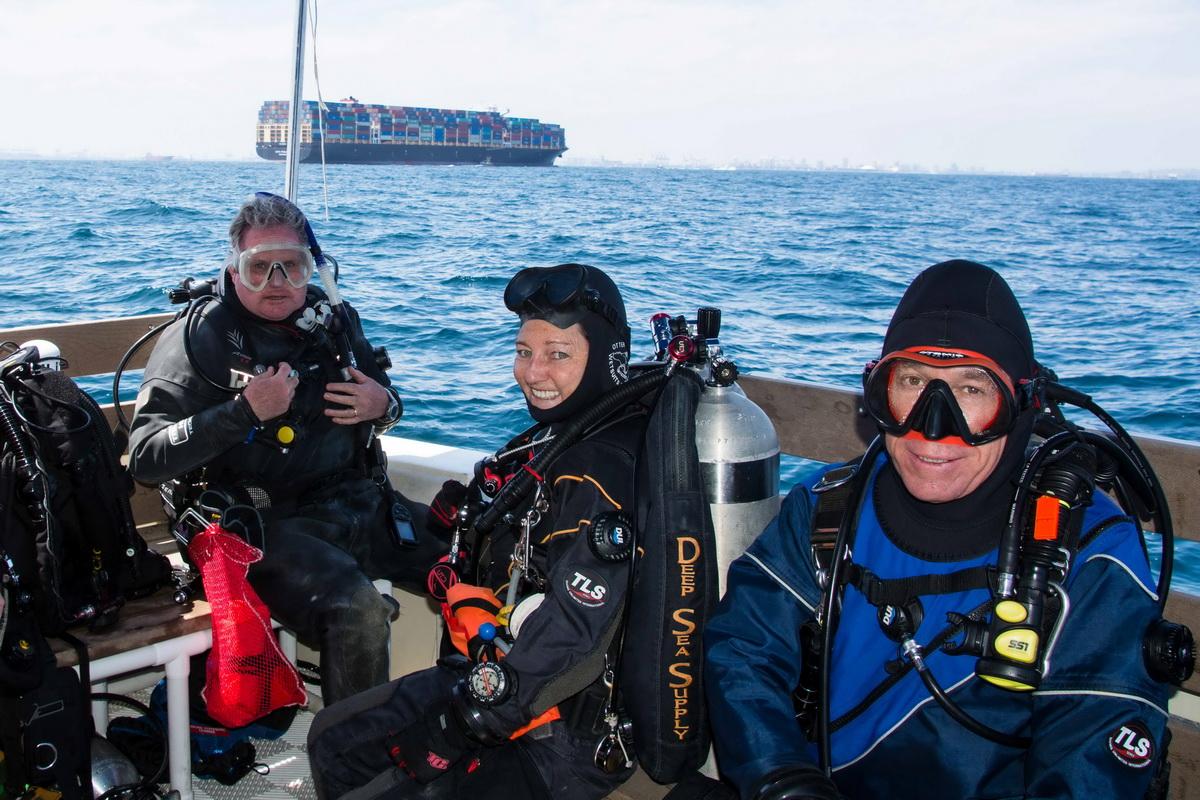 This time Kim, Al, and Geoff got in their dive gear and headed down the anchor line to the site.  This time the anchor was only 15 feet away from the site.  Hey, we’re getting pretty good at this!

This site is in 75 feet of water, and safety guides recommend spending less than 30 minutes at that depth, so the divers don’t have much time to get anything done. However, our veteran debris-removal specialist divers spend their 25 minutes of bottom time very productively! 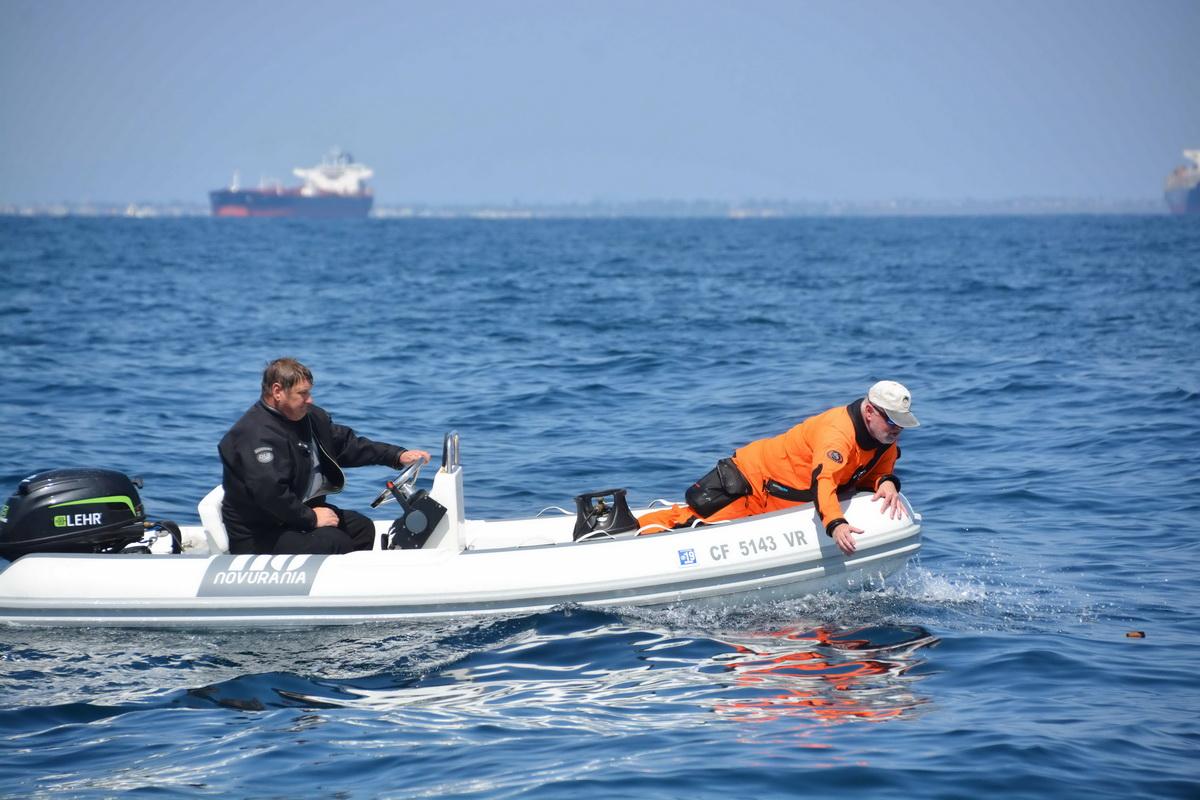 They sent one lift bag to the surface with squid net and had three more bags with net attached to them, but they ran out of time and couldn’t finish cutting/releasing the net, so they had to leave the bags and net there. 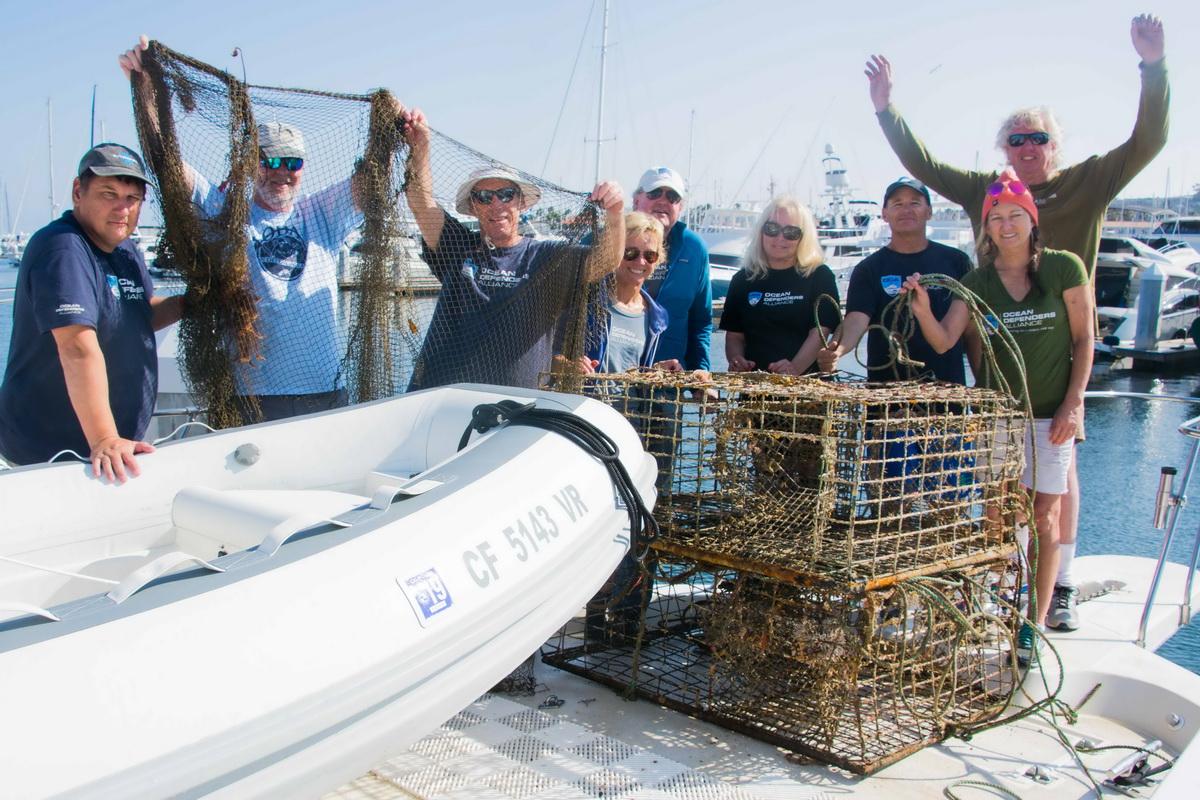 We’ll go back this weekend to finish the job.

We all owe a debt of gratitude to each one of these dedicated ocean defenders who helped out this holiday weekend.  They gave up two days of their busy lives to remove two ocean-life death traps, over 300 feet of whale-entangling trap lines and about 30 pounds of marine-life-smothering nets.

If you want to be part of our very effective and fun ocean defending team, please take a look at the opportunities on our volunteer page.