Determined Defenders Get Their Debris

Even with the winds and wildfires raging across California, a small group of ODA volunteers were determined to keep moving forward and remove more marine debris.

Unlike last weekend, when the offshore winds made for flat seas, this time the winds were coming from onshore and it felt like we were riding a bucking bull on our way out to our intended dive site.

We left our boat slip on Sunday, October 27th, with seven people onboard.  The divers were: Kim Cardenas, Kyle Krull, and Geoff Walsh.  Helping out on deck were: Jeff Connor, Rolando, Sue StSure, and myself. 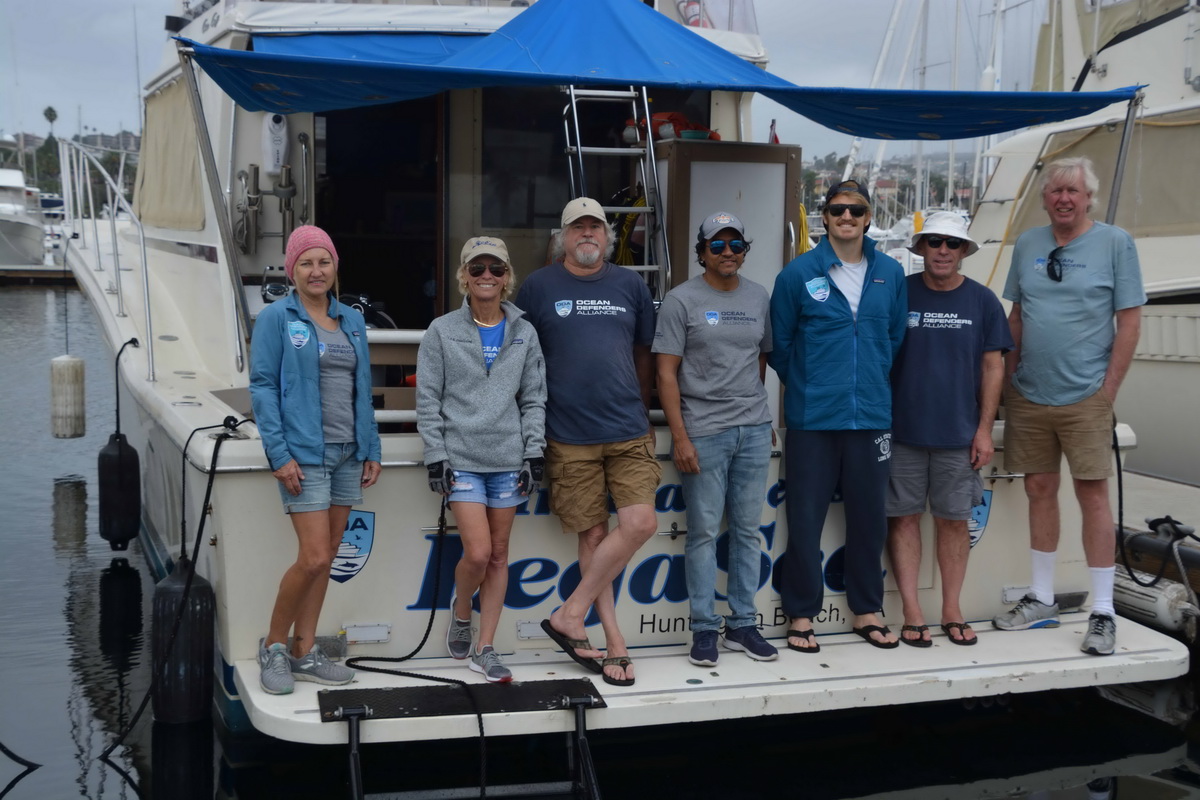 We decided to continue where we left off last weekend, along the Los Angeles Harbor breakwall and move east towards the Long Beach part of the wall.  As we got to the area to drop the divers in the water, the boat was being thrashed by choppy waves and strong winds.  We decided that it wasn’t safe to work this site today, so we went inside the breakwall, and found much safer conditions. 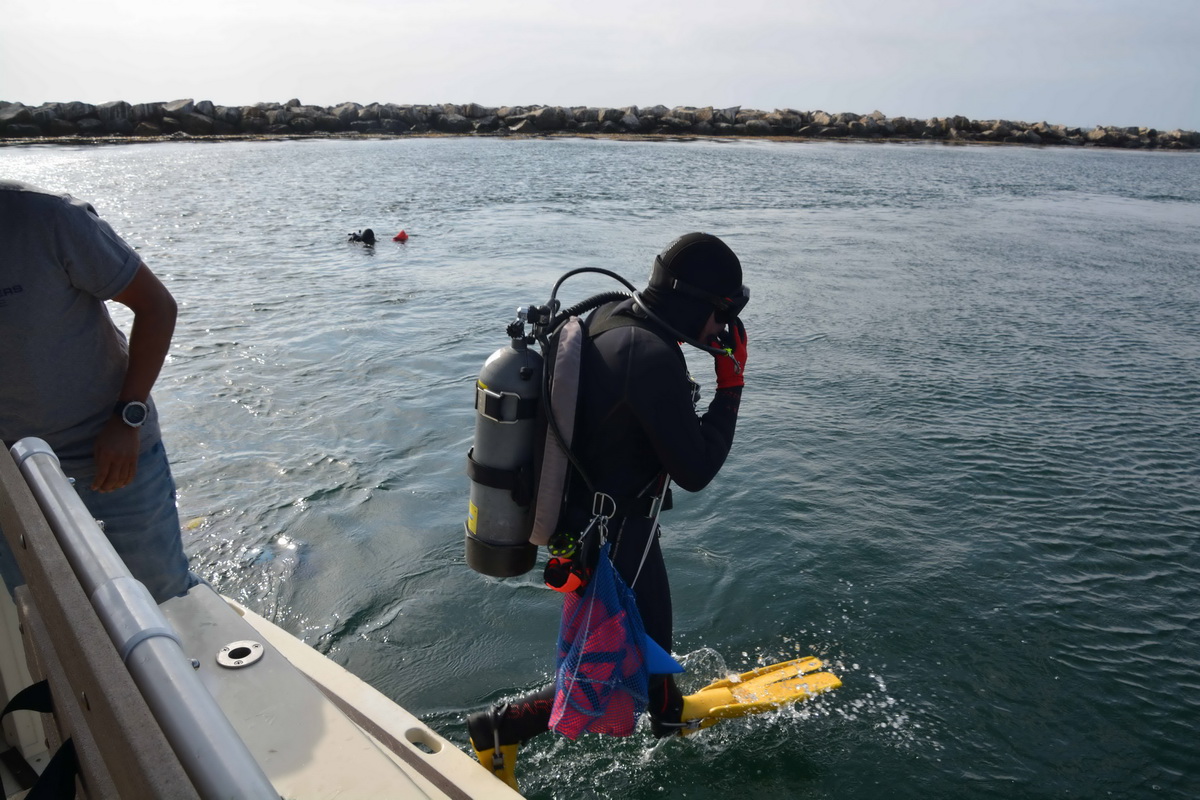 They didn’t have to go far it turned out.

They spent the next hour locating hazardous debris, attaching the lift bags to it, and then filled the bags with air to pull the undesirable materials to the surface.  When we saw the first bag come up, we waited a few minutes to make sure Jeff and Sue could maneuver the 14-foot RIB (rigid inflatable boat) and put a tow line on the debris so they could tow it over to Rolando and I on our boat the LegaSea. 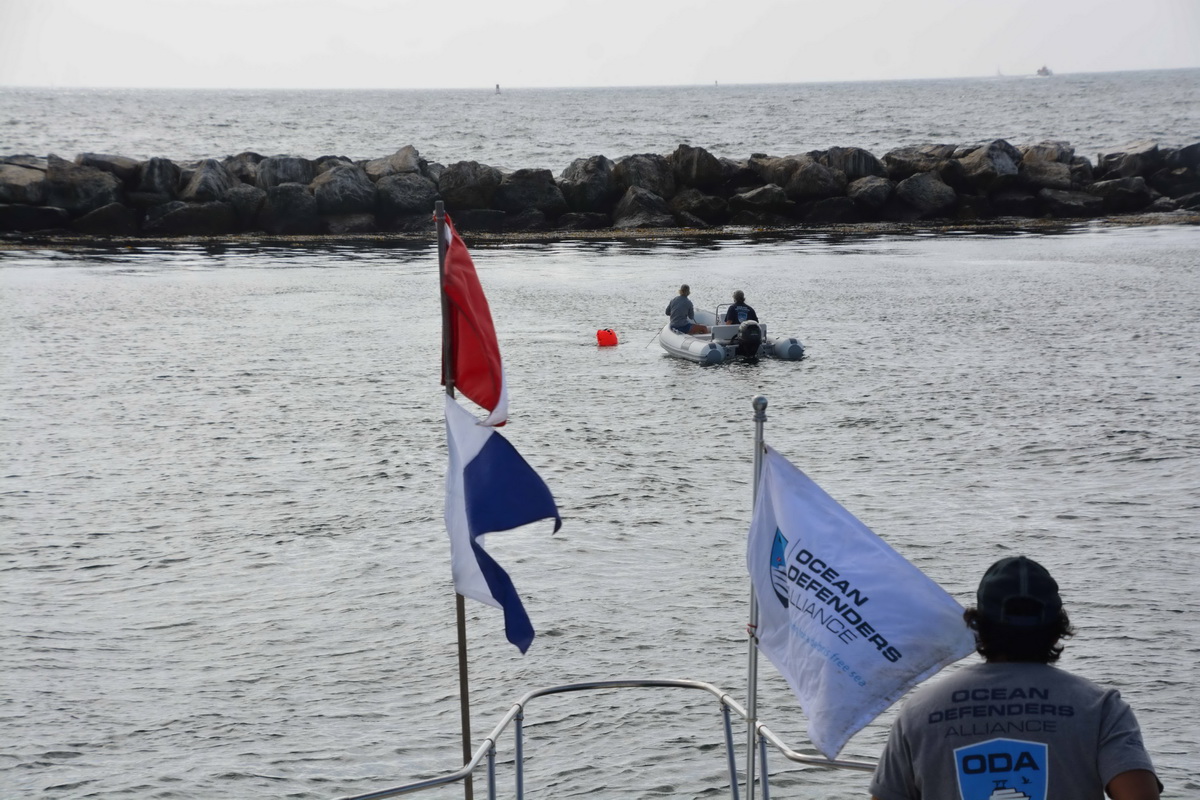 But the currents were so strong that the lift bag took off and we decided to let it go and find it later.  The divers were sending bags up every few minutes, so Jeff and Sue were really busy trying to haul them over to us.

Then the RIB’s engine started acting up and it would stall out unexpectedly.  When that happened, Jeff and Sue got the RIB back to the LegaSea and we didn’t use it for the rest of the day…Dang. 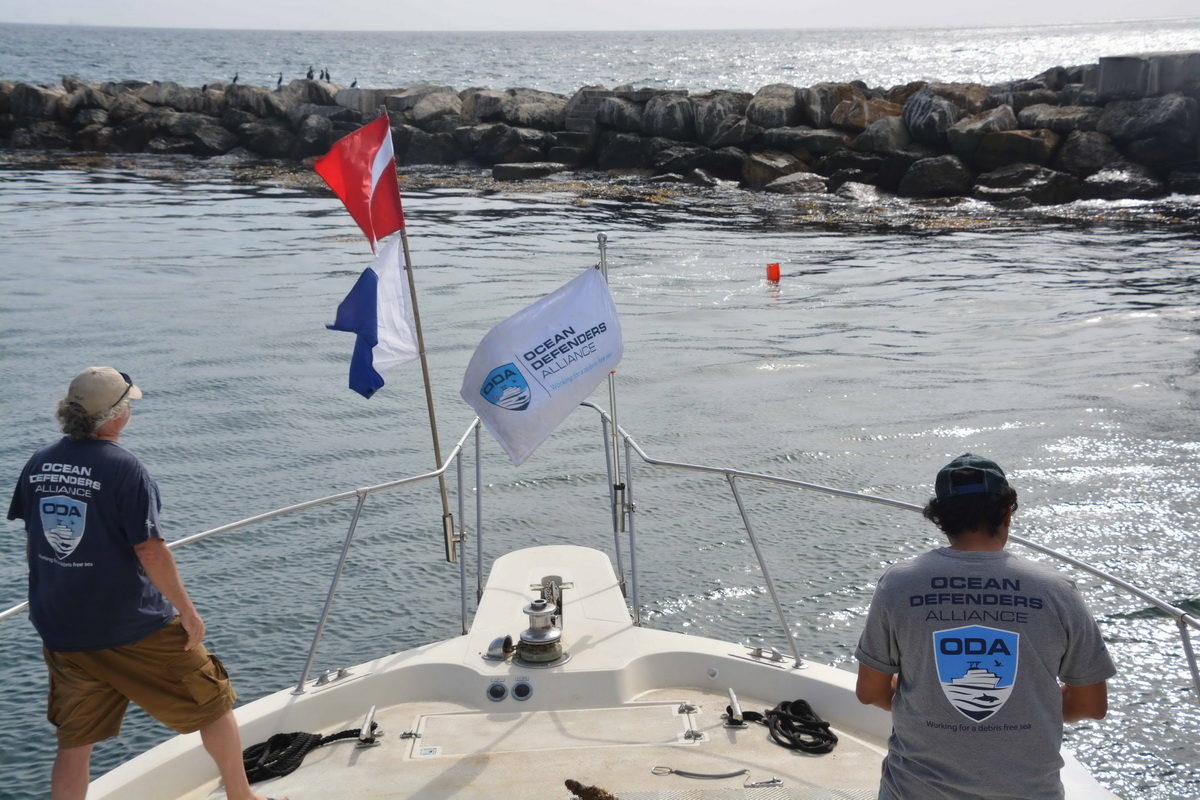 Now what this meant is that I had to use the 50-foot-long LegaSea to retrieve the bags with the debris attached to them.  It’s a big boat to handle so close to the wall, and with the wind and waves it was definitely a challenge.

At one point we got caught in some big waves and the boat was pitching hard from one extreme to another.

No damage, but at this point we decided to call it a day.  No need to push ourselves into a position where someone could get hurt.

All Debris is Bad Debris

After an hour the divers got back on the boat, and we started hauling in all the lift bags.  Kim, Kyle, and Geoff described the conditions underwater as being even worse.  It was only 5-6 foot visibility with strong currents which made it difficult in keeping eye contact with each other.  But they kept on trying and found lots of debris to remove. 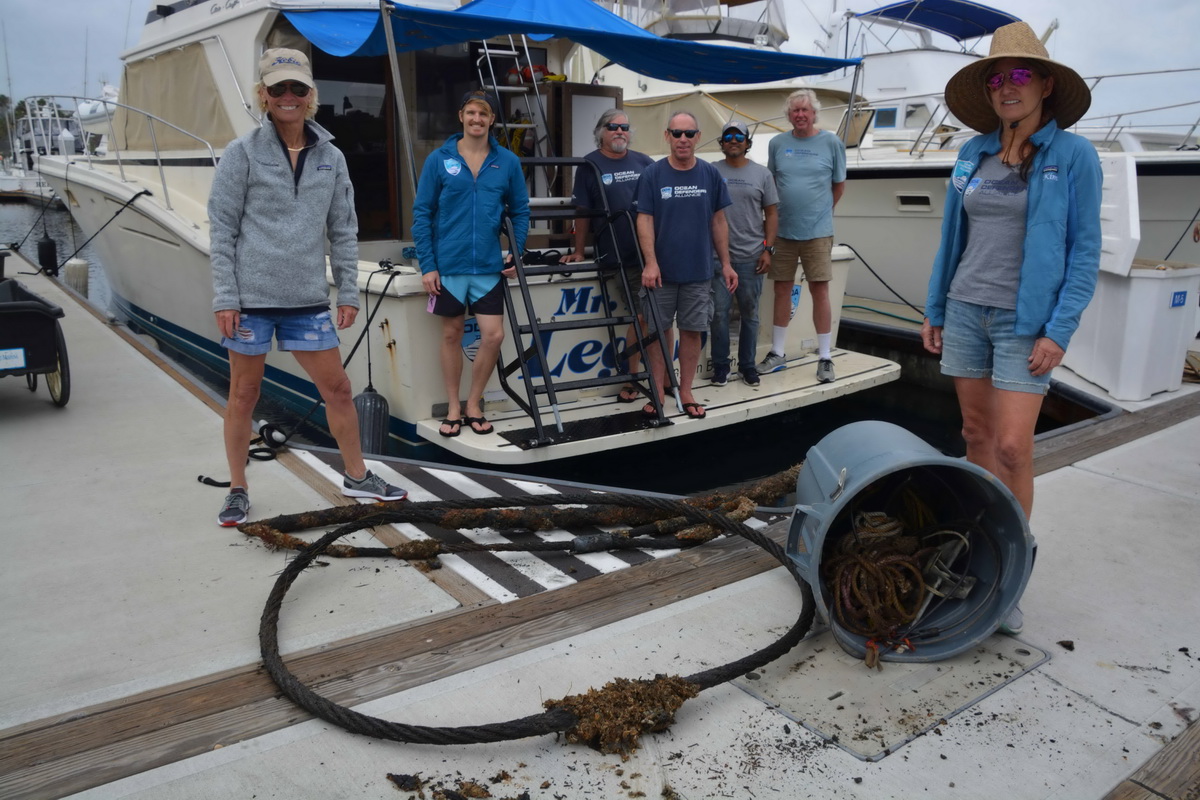 The catch of the day consisted of several anchors, about 300 feet of trap lines, and one piece of a steel rope that weighed about 100 pounds.

Not what you would call a fun day of diving, but just like the rest of California, we keep pushing on despite the challenges.

Thanks for realizing that there is serious work to be done to care for our environment. You can help from where you are by making a donation to keep our boats and crews at sea doing what we do best!