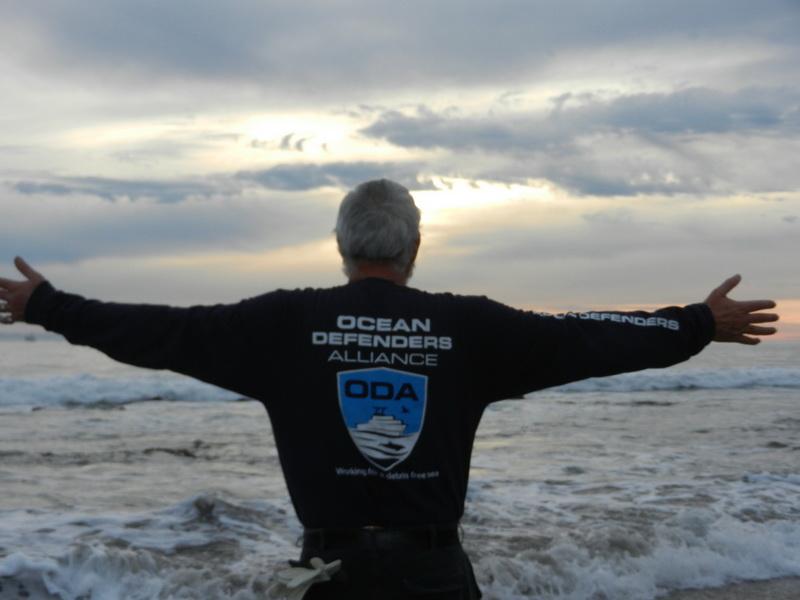 April 22nd marks the 54th anniversary of Earth Day.  While most countries will celebrate this day with lots of green festivities, I want to talk about some of the exceptional things that people involved with Ocean Defender's Alliance (ODA) do on a regular basis.  I don't mean what ODA the organization has done; I update you on that all the time!  Rather, on this special day I want to share stories about some of ODA's proactive volunteers.

Anyone who studies the wide array of environmental impacts humans are having on the land and waters of this beautiful planet will inherently know EVERY DAY IS EARTH DAY!

I have been organizing underwater cleanups for over 14 years now, and because of our successes, more people are seeing the threats our oceans face and are taking actions on their own to do what they can to help heal the damage.  I will cite just a few examples of such efforts. 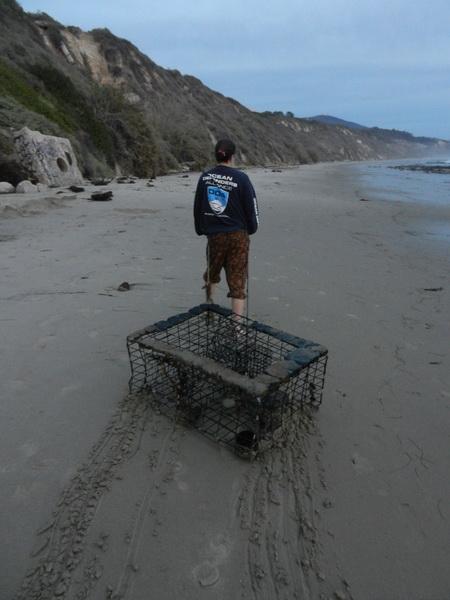 In October of 2013, Tim Pearson and his daughter Lanea were walking along a beach in Carpenteria (near Santa Barbara) and saw some abandoned lobster traps in the surf zone.  It was a low tide and they were able to get to them by wading into the water.  They attached some lines that they found to the traps and pulled them up onto the shore.  They made sure the traps were up higher than the high tide line to assure they wouldn't get swept back out to sea when the tides came in.  In all they hauled out five traps.  Tim contacted the city's Harbor and Beach Department, who then sent a truck down the beach to haul them away.  Spontaneous action: Way to go Tim and Lanea! 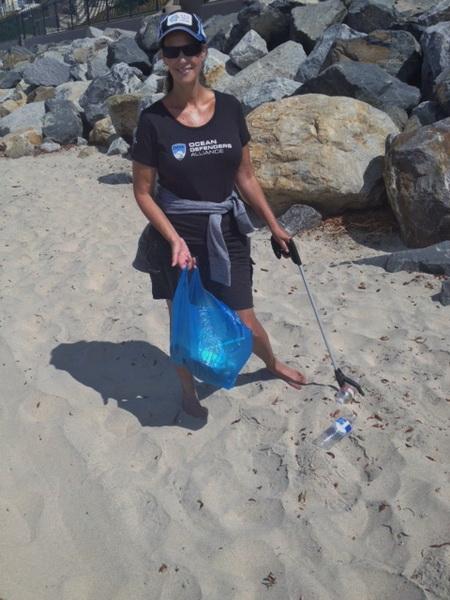 Cheryl McCarthy does not take kindly to people who leave trash behind after a beach party.  She has taken it upon herself to not only walk the beach and remove the piles of bottles, cans, food wrappers, and plastic toys; she also contacts the local Parks and Recreation Departments and pleads with them to do more about educating the public not to leave trash behind.

Cheryl has had several "letters to the editor" about this problem published in local newspapers as well.  She has been successful in getting the department to install more trash bins on the beach and to empty them on a more regular basis.  Cheryl is an awesome one-woman beach patrol!

Walter Marti, Linda Blanchard, and Jim McKeeman have been volunteering with ODA for four years now, and are out diving in Southern California on almost any weekend the conditions allow.  They are always finding-and removing-balloons that are floating on the surface, but recently found a good amount of net on one of the underwater wrecks that they dive on frequently.

Rather than call ODA, these debris removal veterans took it upon themselves to remove it, even though they were on a small boat and there wasn't much room to store the deadly nets.  If you've ever been around an old fishing net, you know they don't smell too good, in fact they stink to high heaven!  But these people put up with the stench because they knew it would continue killing animals if it was left behind.  Nicely done!

Just last month Willie Kellogg was out with his parents, walking along the beach of Summerland (near Santa Barbara).  Willie is a student at Marymont School in Santa Barbara, where I had recently given a talk.  When he saw a lobster trap being tossed about in the big surf, he told his dad that he wanted to get it out of the water.  His father helped him haul it onto the sand, but Willie insisted that they get it off the beach because "Captain Kurt said the traps continue to kill animals!"  Thank you, Mr. and Mrs. Kellogg for helping Willie make sure that trap was NOT going to be doing any more harm to ocean creatures!  Your family is a fine example of "Earth Day in Action" (rather than earth day inaction!).

These are just a few examples of ODA alliance members going out of their way to help heal our earth in non-ODA efforts.  Please do what you can to follow their fine and effective examples, AND let us know how you are doing your part!

Thanks, from the bottom of the ocean, Captain Kurt.

If you would like to help out, please send us an application - visit our volunteer page.

Check out more pictures of our great volunteers and their spoils!