Even Beautiful Hanauma Bay Needs to be Cleaned of Ghost Gear

Breathtaking Hanauma Bay is located along the southeast coast of the Island of Oahu in the Hawai’i Kai neighborhood of East Honolulu. The Bay was declared a protected marine life conservation area and underwater park in 1967. "Hana" is the Hawaiian word for "Bay" and "uma" refers to the curves of the indigenous canoes. 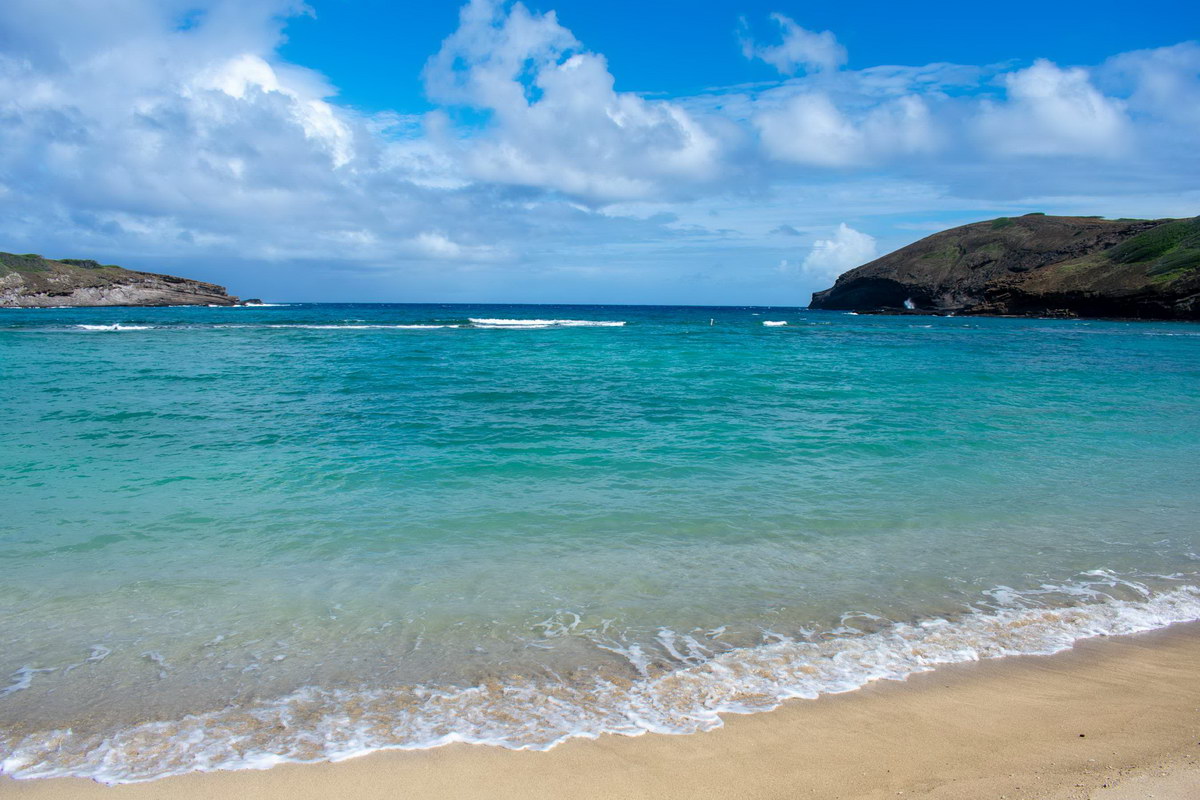 Last weekend Kathi Saks and Ellen Spielvogel were snorkeling at Hanauma Bay and spotted a net ball that was snagged on the coral trailing a long heavy-duty line.

They reported this to the Division of Aquatic Resources and Anke Roberts (Friends of Hanauma Bay) who promptly notified Oahu Dive Team Coordinator Glenn Roberts and me.

I contacted Hanauma Bay on Monday morning and was given permission to retrieve the net. Hanauma Bay is closed to the public on Mondays and Tuesdays.

I called our Rapid Response team members, and Christy Johnson (our Nudiwear partner) immediately responded with a “let’s go.”  We met up at Hanauma Bay and planned our attack and then geared up. 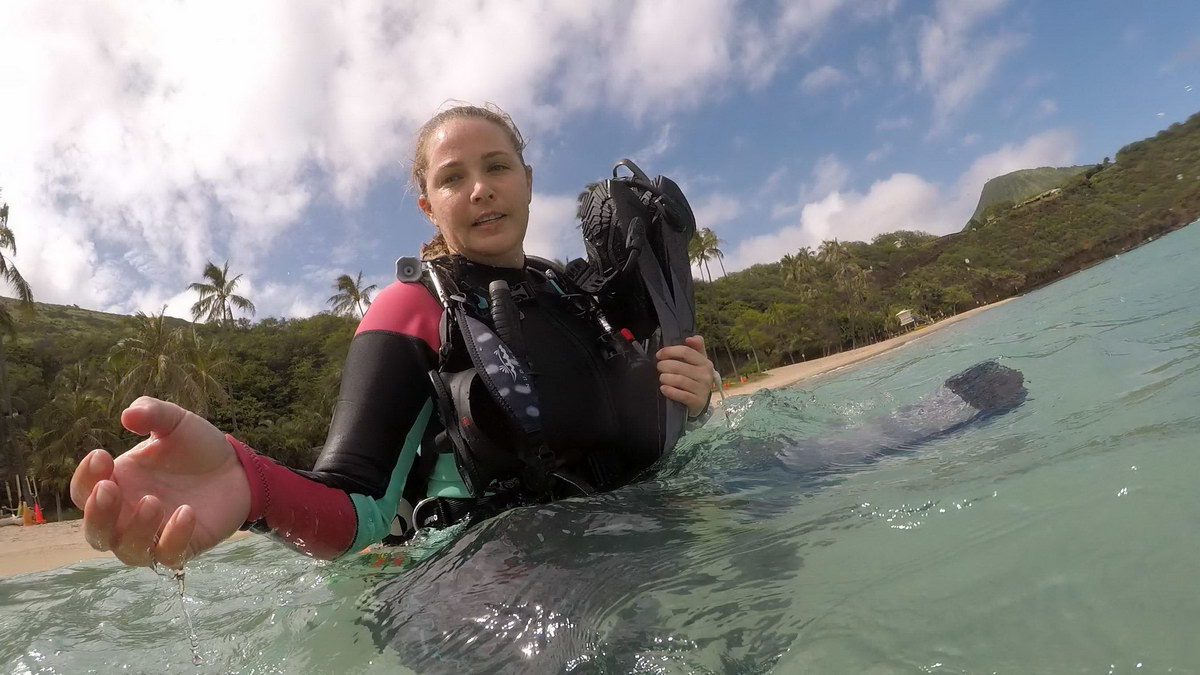 We entered the water with two of our Diver Propulsion Vehicle (DPV) scooters and quickly passed through the center channel of the inner reef of Hanauma Bay.  Visibility was poor and there was a fair amount of surface waves breaking on our heads. 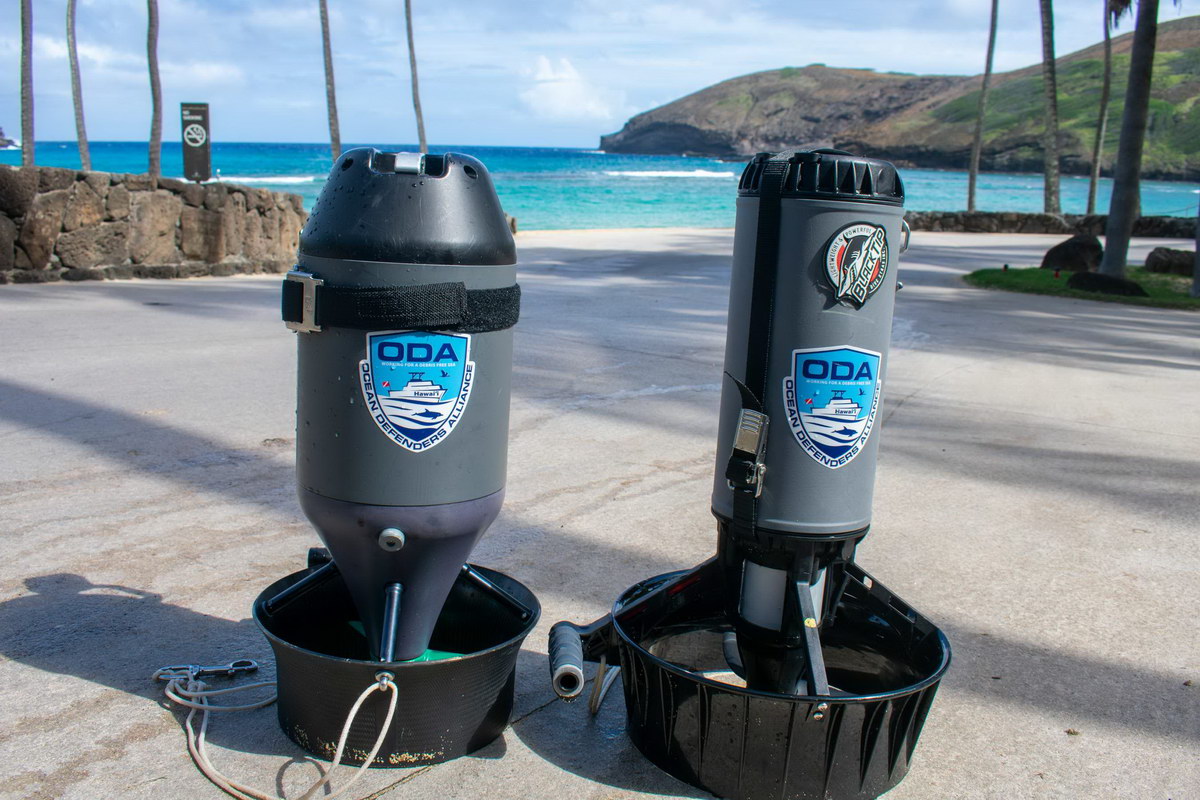 We implemented a grid search pattern just outside the reef and after about 25 minutes of searching we located the net ball.  It was snagged on a coral head and trailed a good 12 feet of heavy line.

We dove down and were able to carefully cut the snagged net off the reef and gently remove it from the coral head. 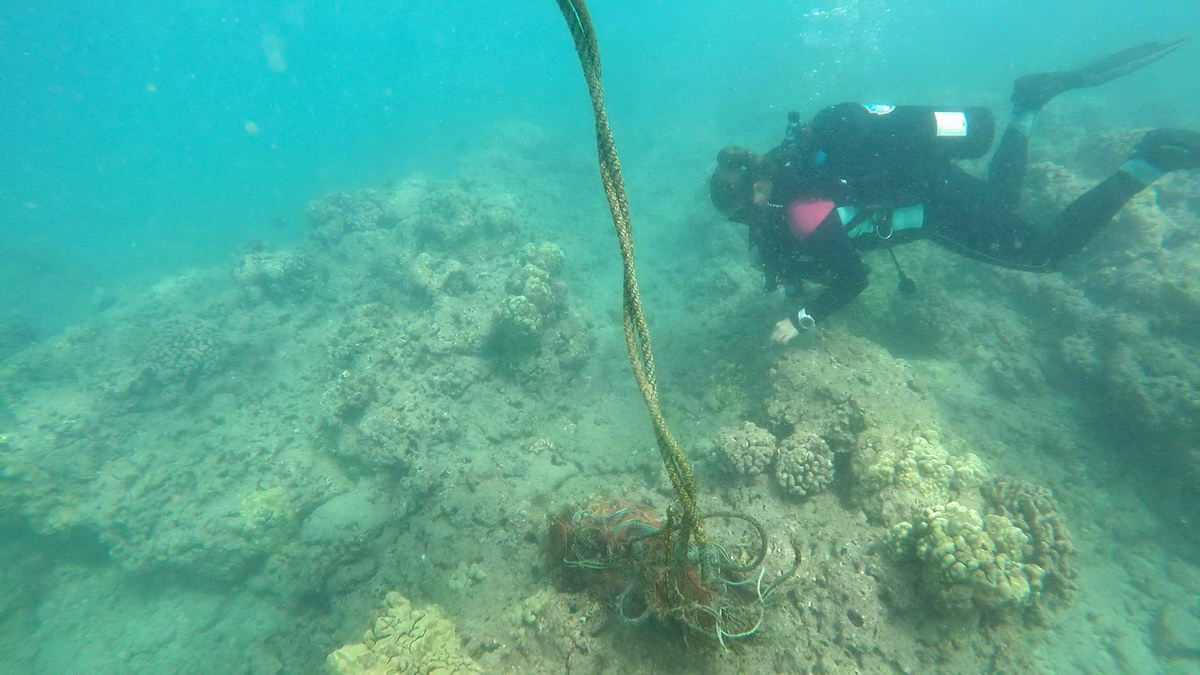 We then secured the line and net ball and used the DPVs to haul the mass back to the shore. 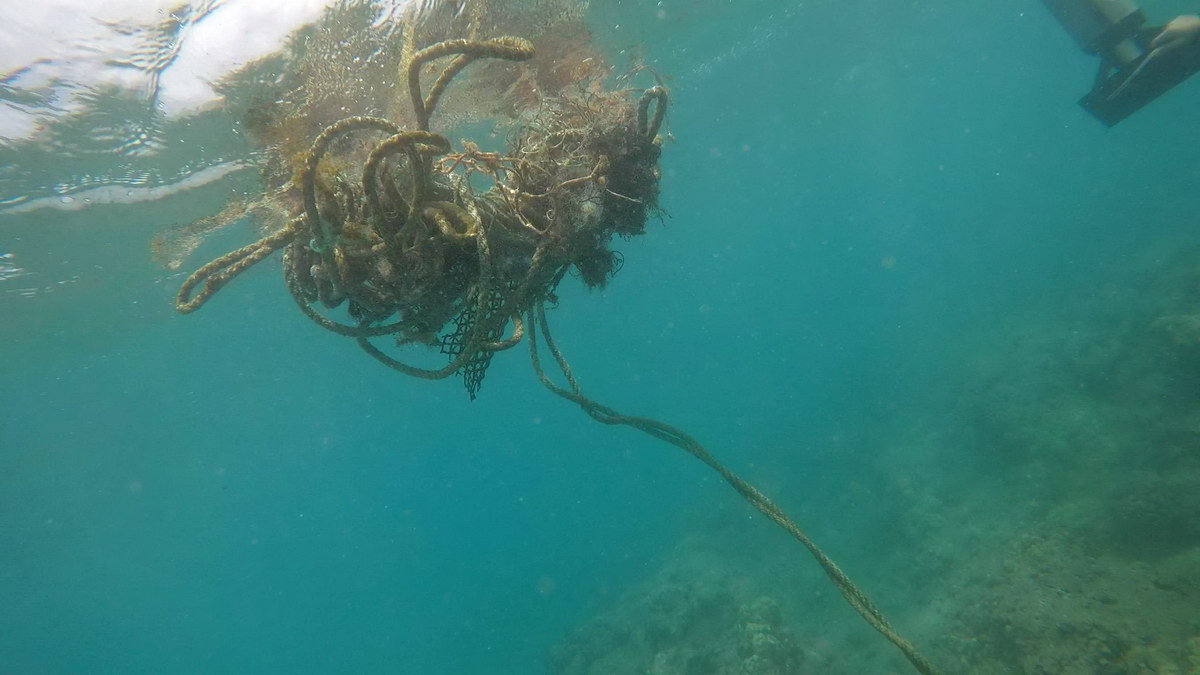 All in all, it was about 50 pounds of net and line. 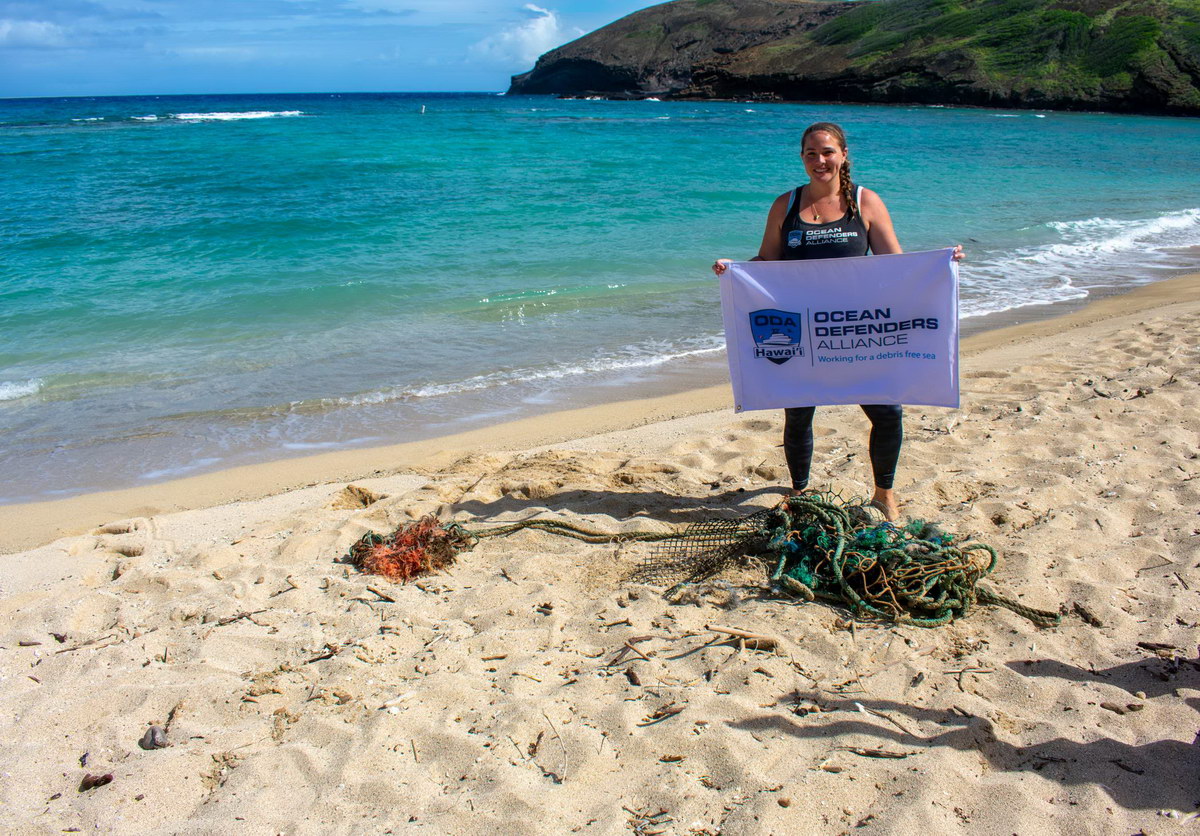 A huge Mahalo to Christy for her excellent work and help.  It’s awesome to work with such dedicated volunteers who truly care about the keeping the ocean debris free.

Check out our Hawai’i page to learn about the work we do here!