Hālona Blowhole is an immensely popular tourist site with amazing views to the east of Molokai, Maui, and Lanai, not to mention the blowhole itself which shoots geysers 80 feet into the air. 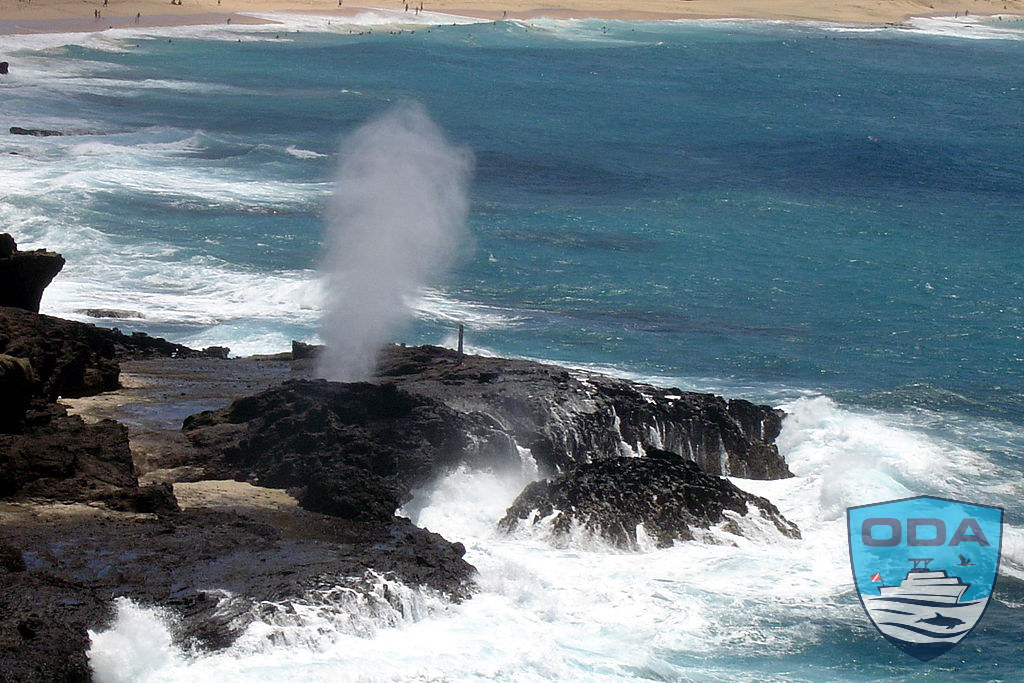 It’s also very popular for fishing and so the ODA team on Oahu is always looking for windows of calm seas when we can safely clean up the reef and vertical wall along the cliff.

In the photo below, you can see the cove (on the left side of the photo) where we entered the water. 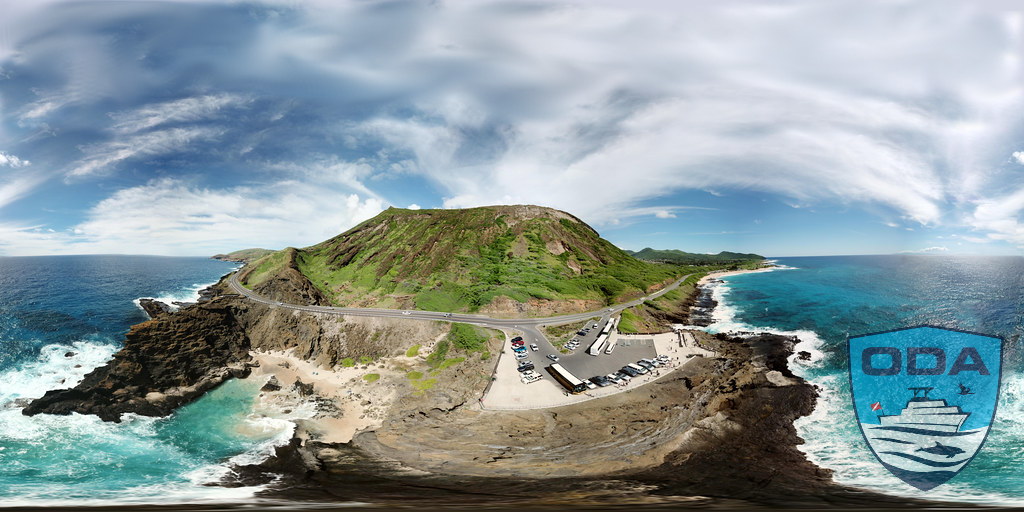 On Sunday, October 2nd, I met up with Bart Jingst, president of the Sea Lancers Diving Club at Hālona for an early morning cleanup dive. We were joined by four members of his dive team -- Bart Jingst, Tim Howland, Don Oberheu, Dean Karamehmedovic, and Mark Manian. 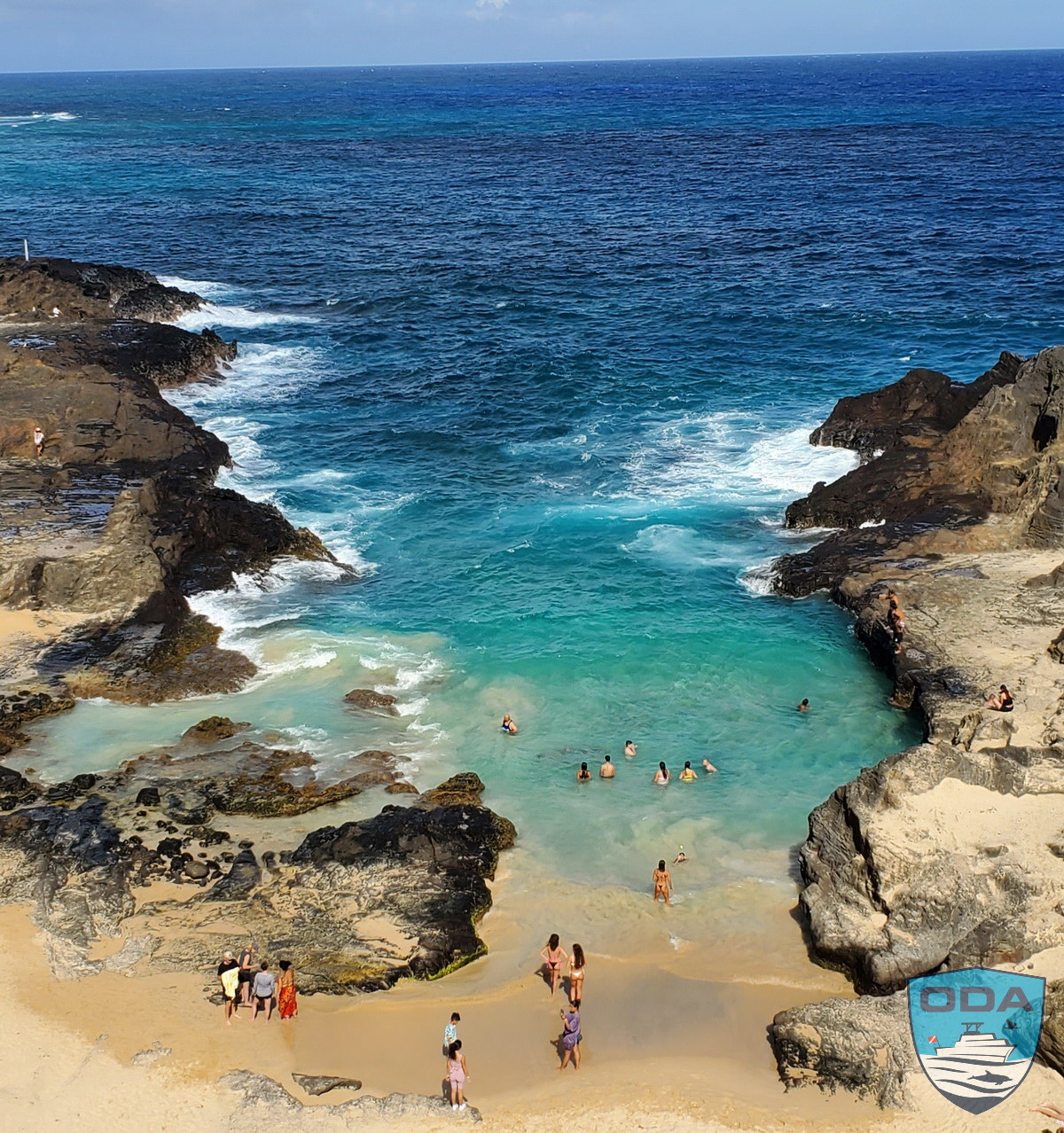 The conditions were a bit sketchy with pretty big sets entering the cove and breaking on the beach. We entered the water loaded down with quite a bit of gear including two ODA underwater scooters.

Two of us had the help of those DPVs (dive propulsion vehicles) and the others kicked out to the end of the cove. We all descended heading south (right) along the wall.  There were baited hooks in the water, so we had to move carefully.  The amount of line, lead, hooks, lures, and other debris was astounding.  Working in buddy pairs, the teams filled about five bags with debris after about an hour of work.

Bart brought some surface marker buoys and lift bags. These were invaluable in moving the heavy loads which totaled 130 pounds of fishing weights and 20 pounds of other debris including a large bell which was hung on a fishing rod, a grill grate, and a speargun to name a few. The big Subgravity Ecos scooter towed the heaviest load with everyone carrying what they could safely manage.

After about 85 minutes underwater, the group exited the water and walked back up the rocky trail to the parking lot. 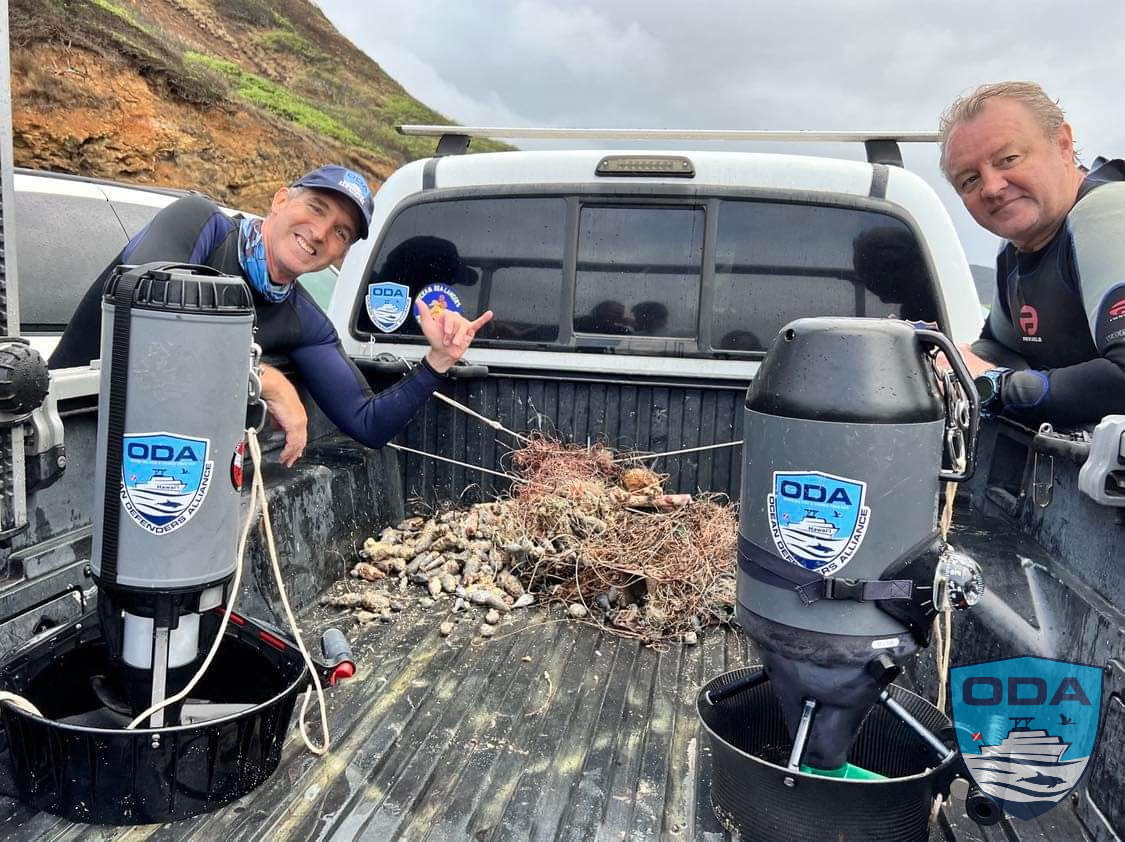 Thank you, to our partners Sea Lancers, for a great morning giving back to the ocean (by taking junk out of it)! We look forward to doing it again. 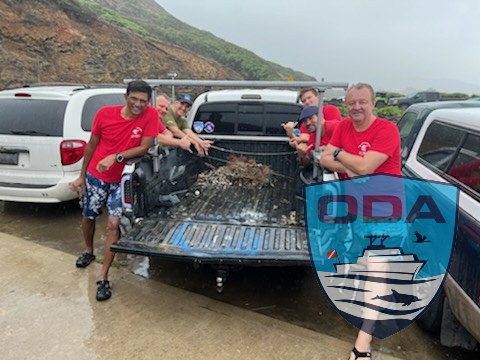 In fact, it was a very successful cleanup, but it just scratched the surface there. ODA will plan another event at Hālona on the next calm-water weekend.

If you want to be part of this important work, please visit our Get Involved page and send us your volunteer application!