It’s been a crazy time here in California over the last several weeks.

Even though we haven’t taken out our boat the LegaSea due to mechanical issues, I’ve got several things to tell you about.

Divers Can Make a Difference 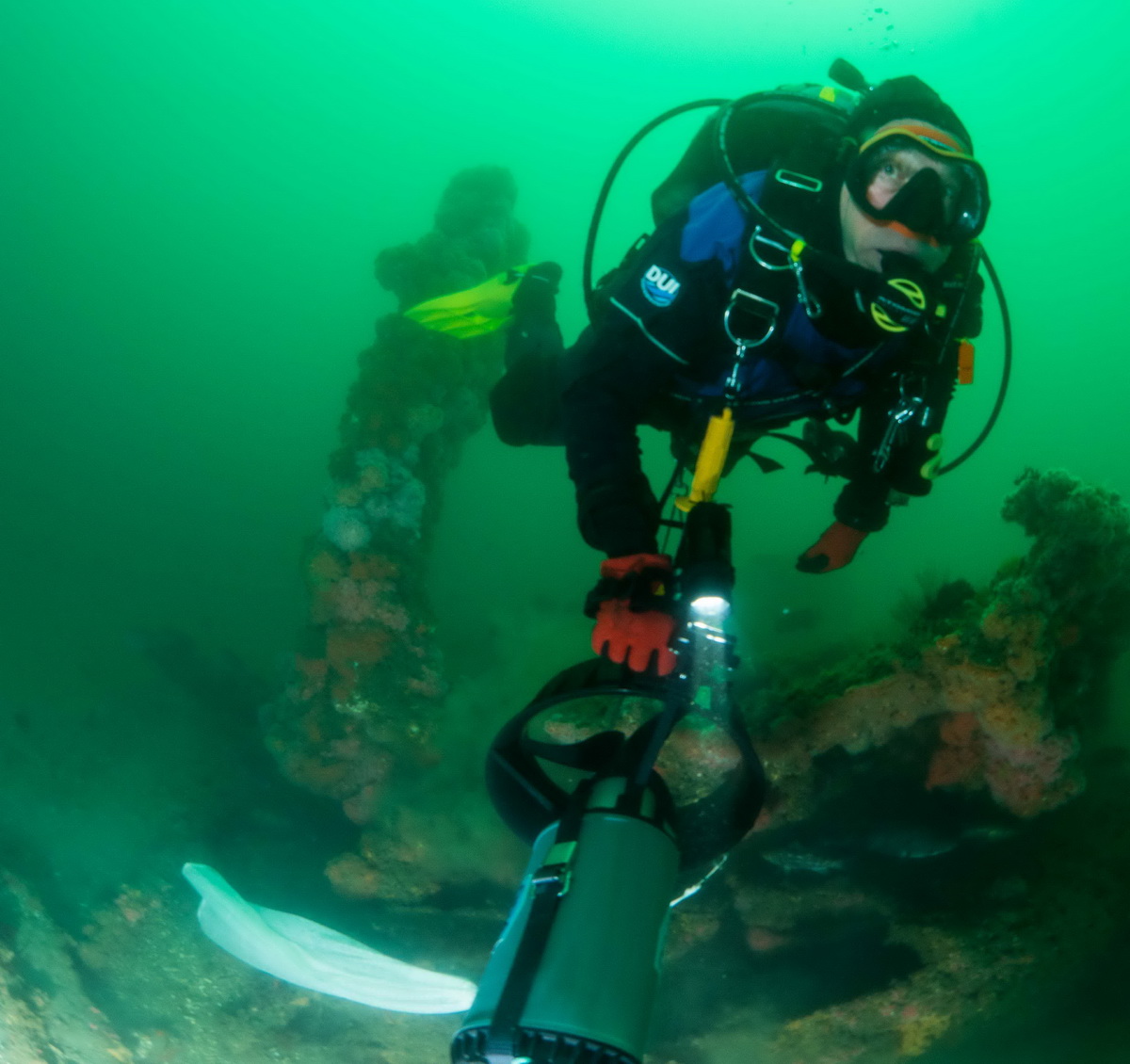 Geoff Walsh is one of the most diehard divers I’ve met.  Any chance he gets, he’s in the water with a tank on.  From Laguna Beach to Ventura, he must know every reef out there.  A couple of weeks ago he and a buddy were diving off Malibu when they came across several abandoned lobster traps.

Geoff’s message to all you divers out there: “PLEASE let ODA know when and where you find these abandoned traps.  We want to remove them! But if it’s possible, disable them yourself!” 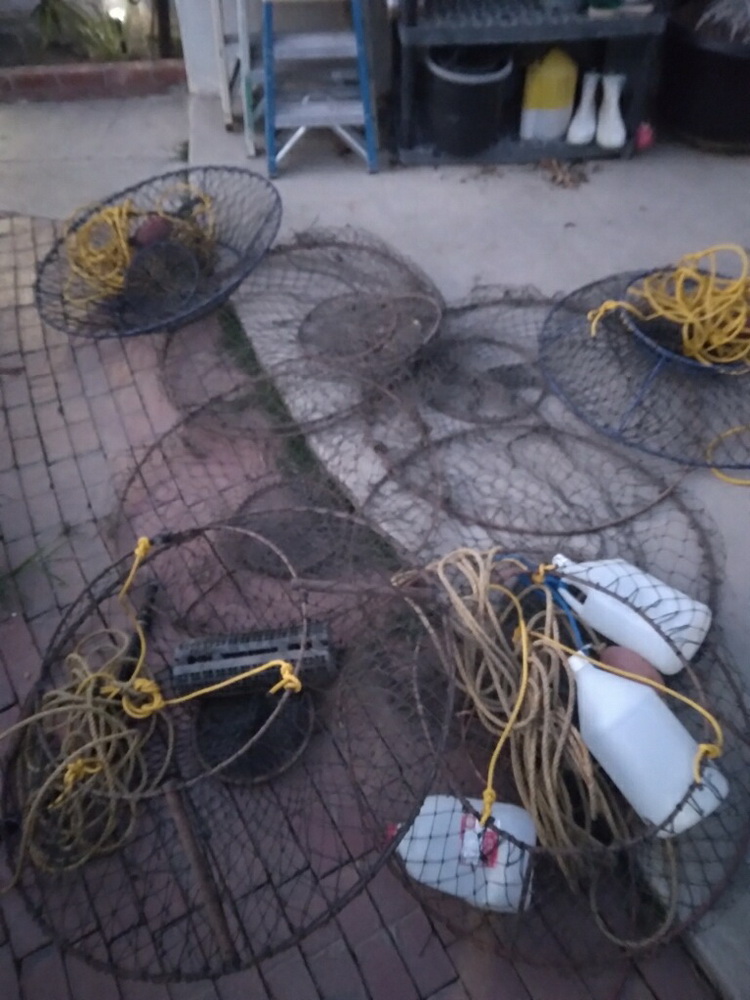 On the same weekend, volunteer Rob Broesamle was diving with a buddy of his off the coast of Ventura.

They located and removed about 25 abandoned hoop nets.  These are lobster traps set by recreational fishermen.

To find two or three might be expected, but TWENTY-FIVE?

Even though Rob has only been diving with us for a few months, he sure caught the ODA fever.  Great work, Rob!

ODA has been documenting areas of the ocean where there are high concentrations of these traps that get set in the potential paths of whales.  We take our boats out to those areas and record the GPS numbers for each trap buoy that we feel has the potential to entangle a whale. My destination for this outing was to be a spot off the San Diego coast called Point Loma.  This area is situated just outside the entryway to San Diego Harbor. 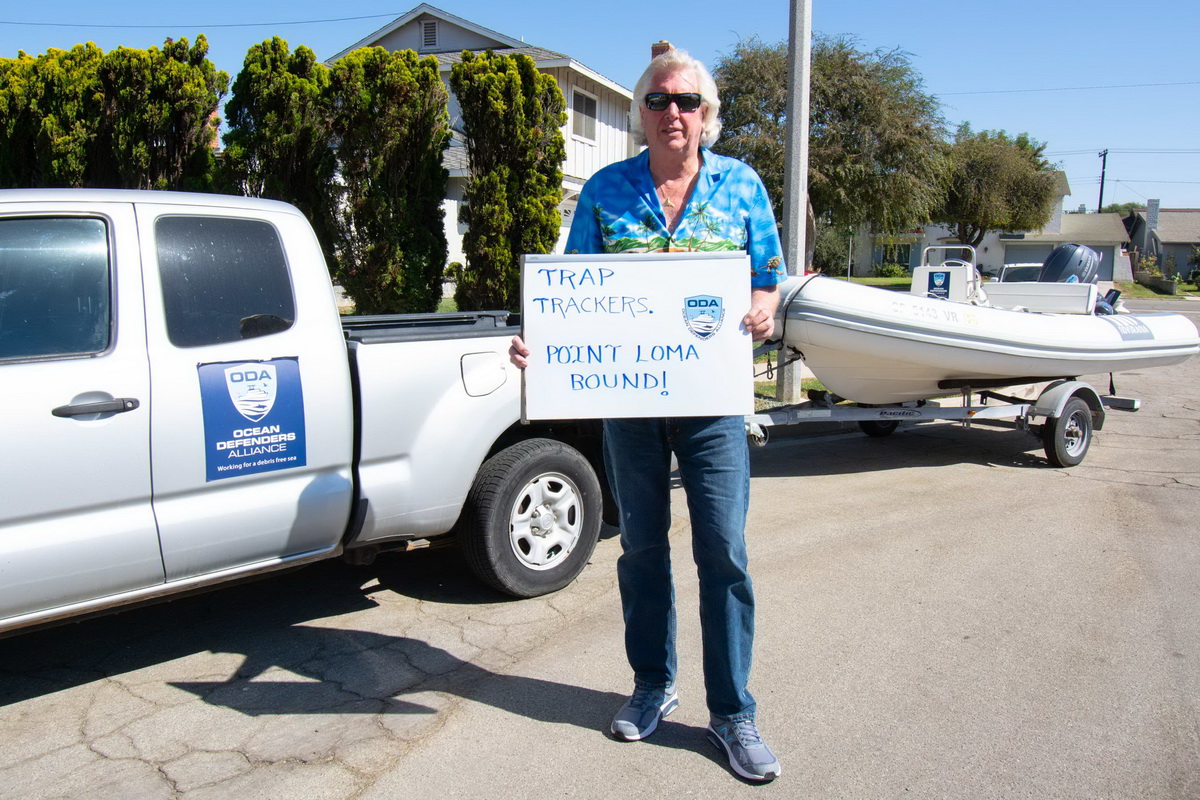 Due to the higher-than-normal incidences of entanglements over the past several years, we want to let the public and governing authorities know that these traps have a likelihood of becoming a problem for the gray, humpback and blue whales that frequent our waters.

Our hope is that the fishermen will stop setting their traps so close together or switch to ropeless gear.  “Ropeless” meaning no vertical line is in the water.  This line that goes from the trap on the ocean floor to the surface buoy is what whales can get caught up in.

The lobster traps are set anywhere from San Diego up to Santa Barbara, and all points in between, including all the Channel Islands.

I took our rigid inflatable boat, Linda’s RIB, on a trailer and hauled it down to Point Loma. It’s a beautiful bay, where nature and humanity collide. 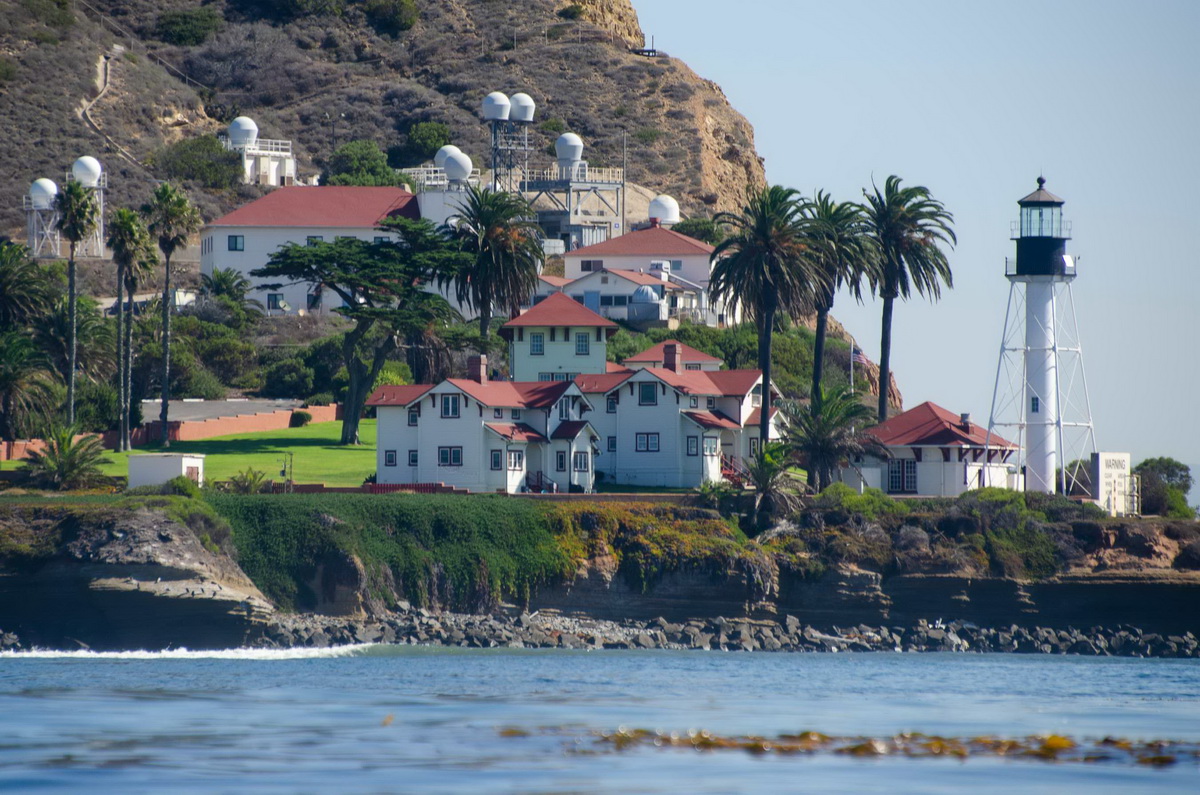 While the Point Loma kelp beds offer prime habitat for sea lions, dolphins, whales, lobsters, and all kinds of fish. This area is also the home of a lot of commercial and recreational fishing activities due to the abundant marine wildlife.

I put the boat in the water at a small boat launch in the harbor, Shelter Island, to be specific.  As I was getting the boat ready to launch, an unusual bus drove out of the water, right up the boat ramp.  What the heck?!?! 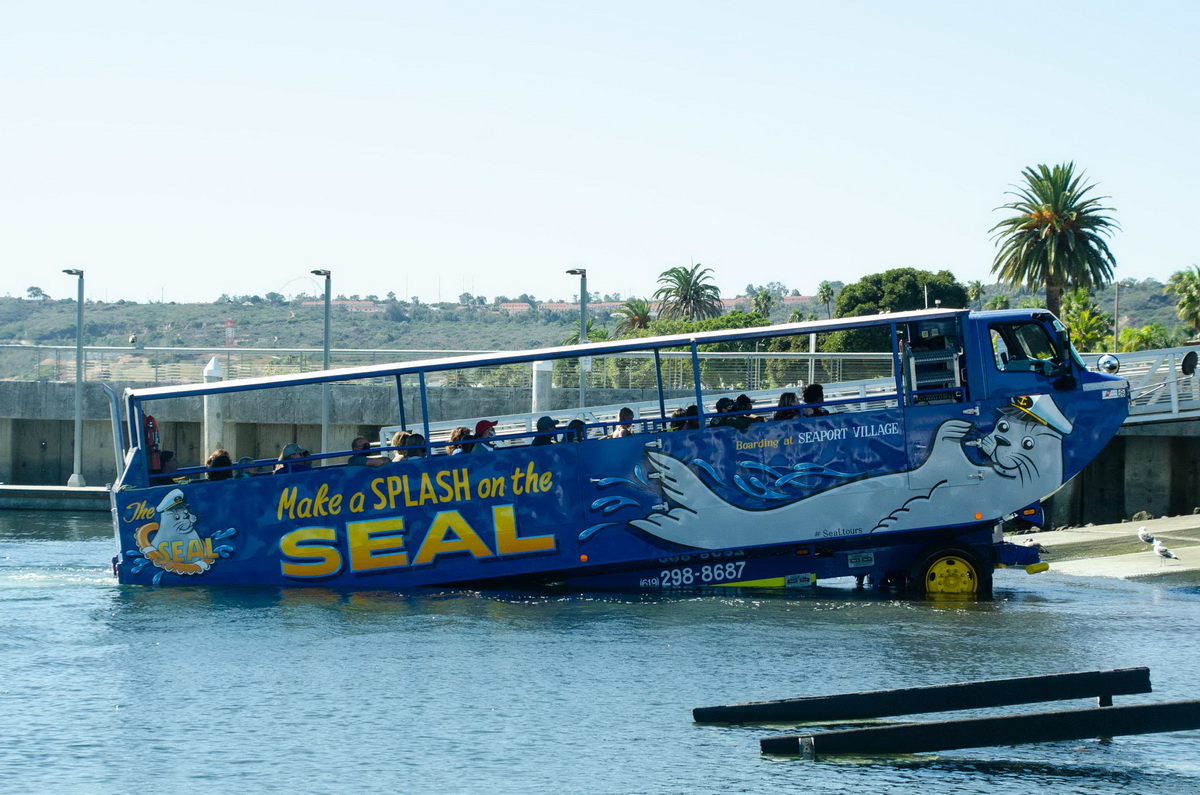 It’s an amphibious boat.  It can be driven on land or on the water.  They take people out daily to see all the wildlife that congregates along the decks of a bait barge about a half mile away.

As I headed out to sea, I took a few minutes myself to see the dozens of sea lions, cormorants, and pelicans at that barge. There are more pics of this gang of wildlife in the photo gallery below. :-) 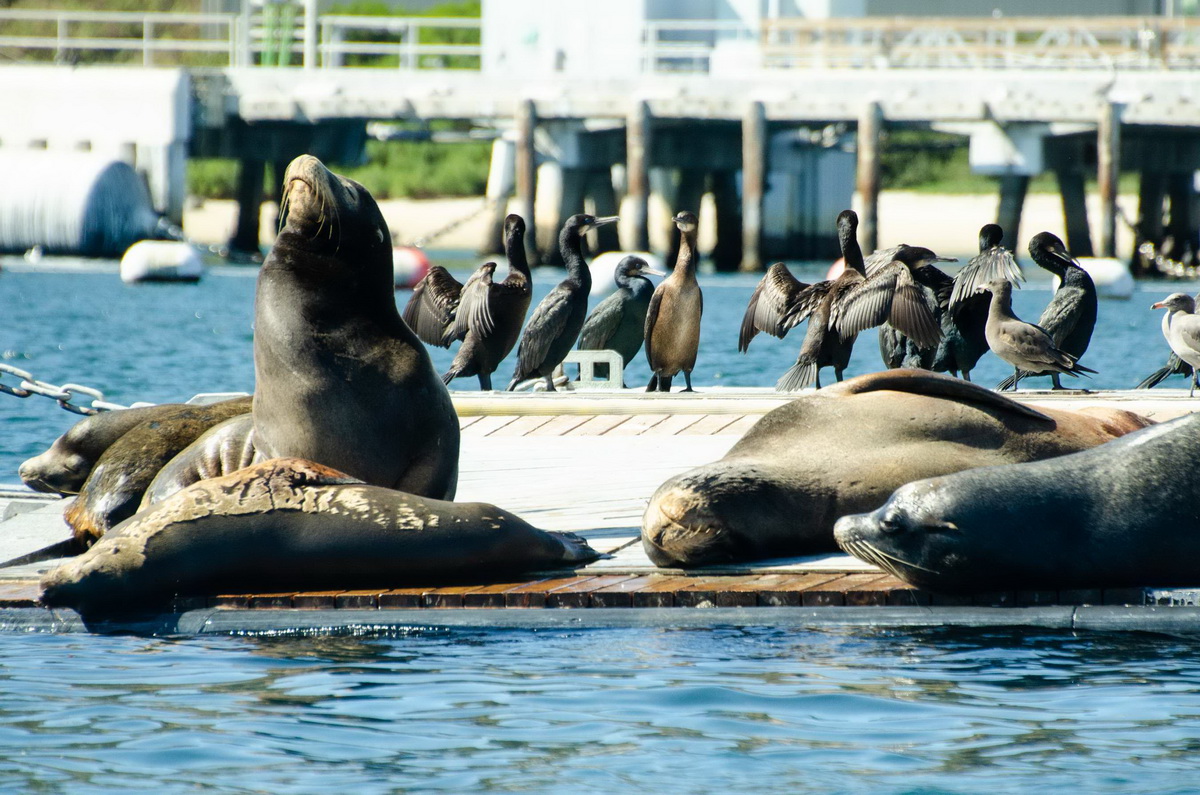 It took me about 45 minutes to reach the mouth of the harbor, and when I got there, I saw exactly what I had seen in years past… hundreds of lobster trap buoys.  While I motored a safe distance away, making sure the propeller didn’t get entangled in one of the lines, I had the wheel in one hand and the GPS unit in the other. 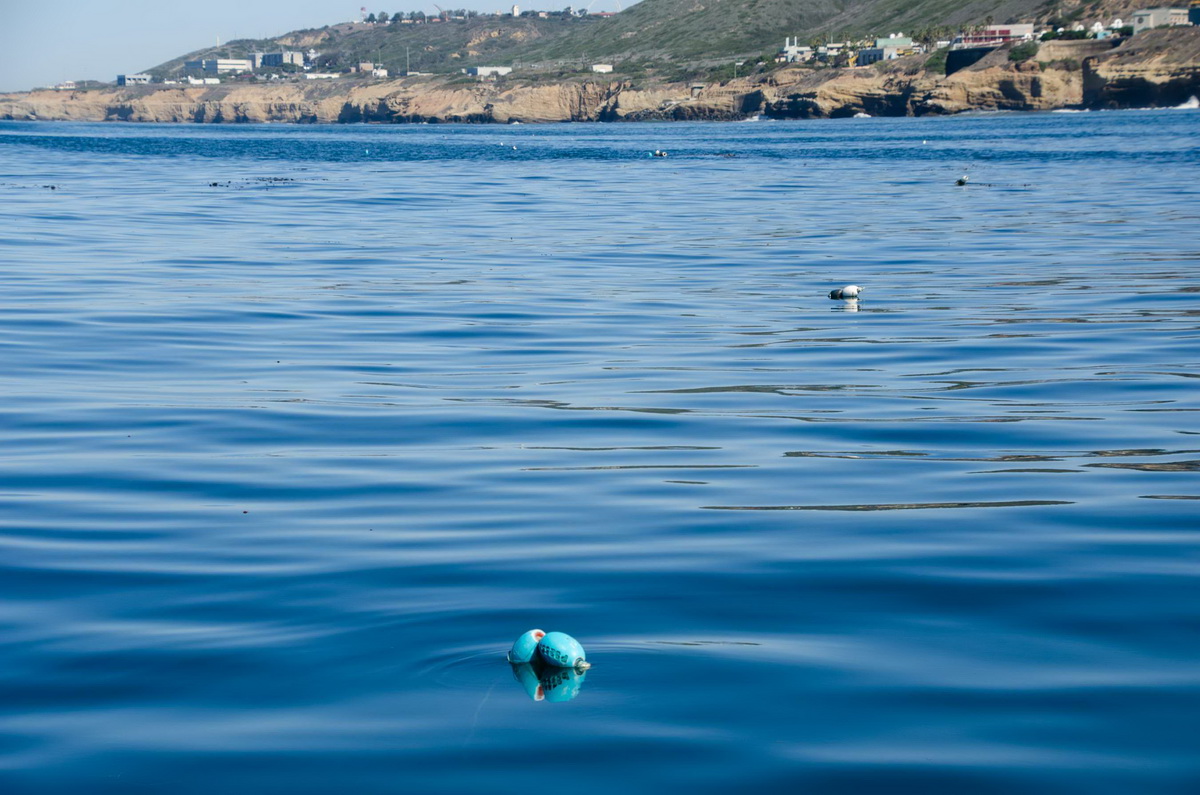 When I passed a trap that was within 50 feet of me, I’d mark it with the GPS.  Before I even got to open water, still inside the harbor, I had documented 135 traps.

Once I completed that area, I moved to the open ocean.  There were hardly any swells to speak of which was excellent conditions for one guy in a 14-foot boat! 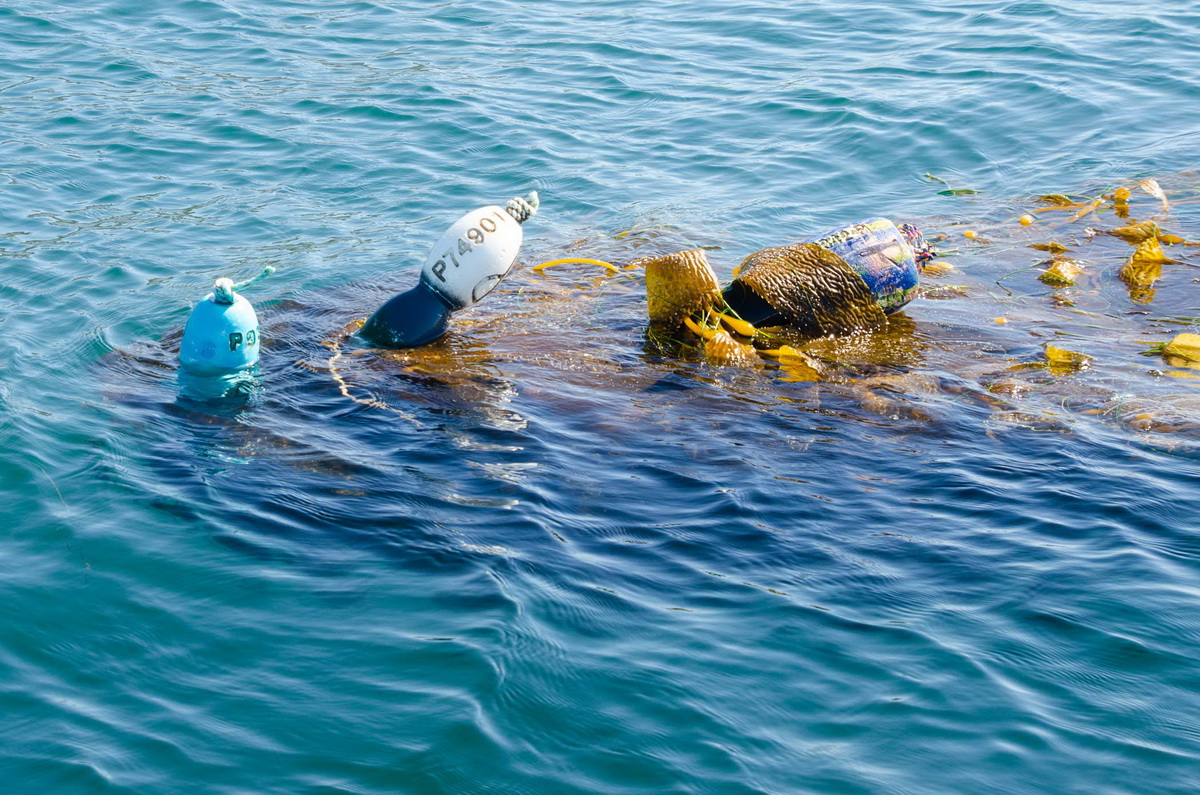 I continued seeing trap buoys all over the place, from 100 yards offshore to miles out.  Because I was in such a small boat, I didn’t venture more than half a mile offshore.  But there were still many traps to count.

When all was said and done, I had documented 350 traps.  But I can tell you there were many, many more beyond where I went.  I saw at least a dozen lobster boats miles out, slowly working their way through the enormous kelp beds. 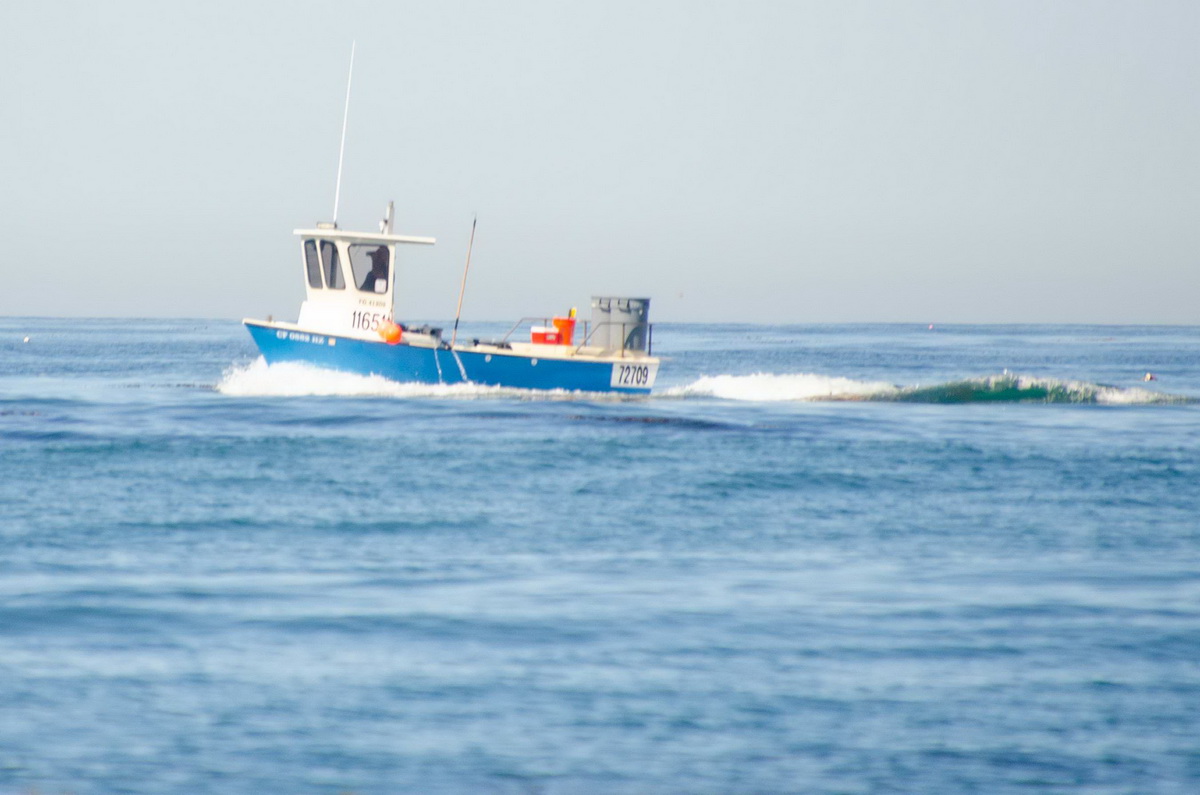 Just as I am writing this, I received an email with a video attached to it.  It showed an entangled humpback whale off the coast of San Diego, dated October 17, 2021.  A fisherman saw it and jumped in the water to see if he could get the rope off.  He eventually did, and the whale swam free!  The article stated that it was a lobster trap.  While it sure looks like one to me, it has yet to be confirmed…

Have you seen ocean debris recently? Be sure to let us know by filling in our easy-to-use Debris Report Form!