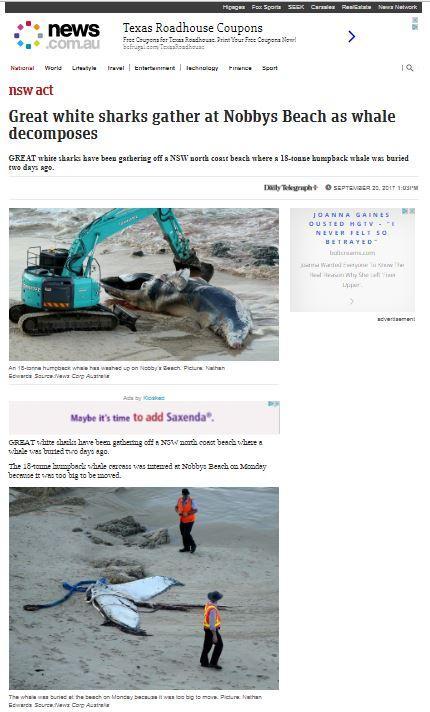 A little part of me died inside when I read about the senseless demise of this poor animal.

This humpback whale (pictured at right), died at Nobby's Beach in New South Wales, Australia. The poor creature had dragged a fishing trap and ropes more than 1,700 kilometres through the water before it met its end.

Ghost gear is an ocean-wide scourge. The United Nations estimates that 360,000 whales, dolphins, seals, and turtles die in this gear every year. 360,000! That is a lot of animals suffering a slow and torturous death…and does not even include in the count the fish, crustaceans, sea plants, habitat damage, and so much more.

It is not just the individual animals who suffer either. In the case of whales and dolphins, they have family bonds that last throughout their lives. They travel, hunt, and play together. Just like humans do. When one is killed, the entire family structure is disrupted.

The traps, nets, and lines that make up this ghost gear, are practically indestructible. Most of the nets are made out of nylon and are estimated to last 650 years in the marine environment; many of them kill that entire time. 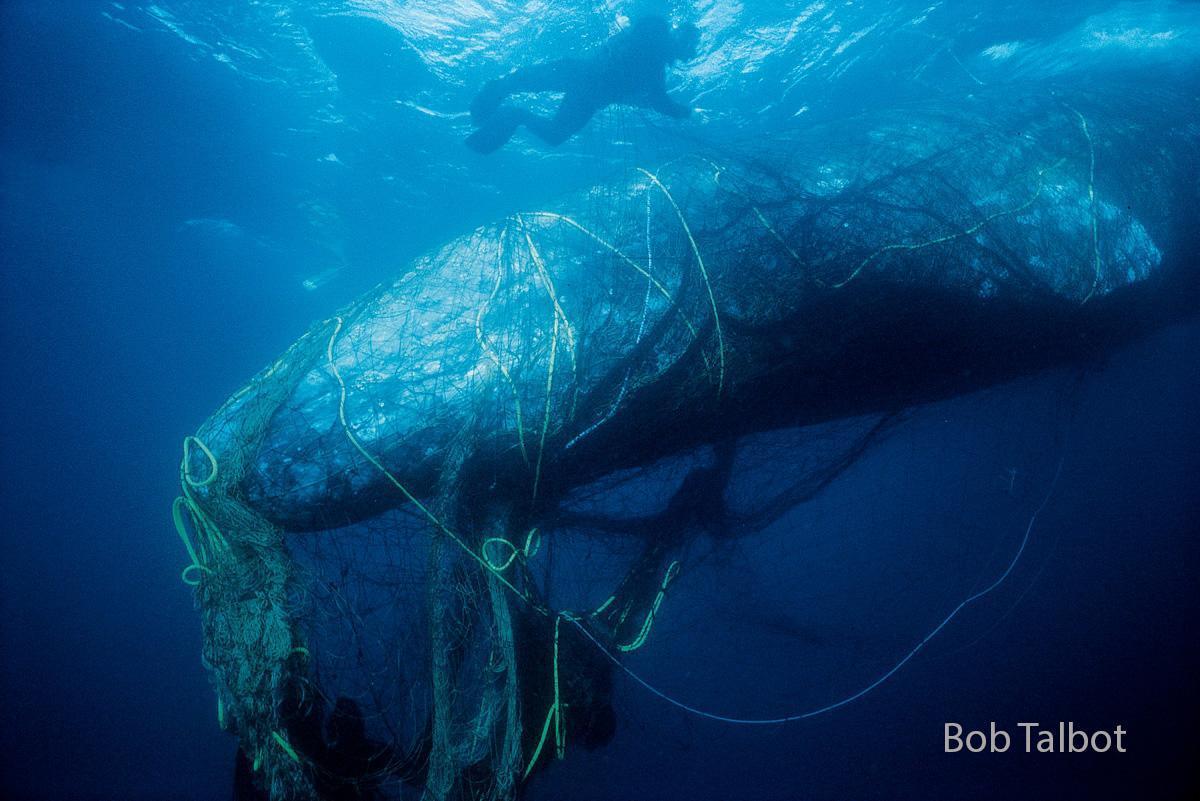 The lines that are attached to the traps are made out of polypropylene and will last at least 450 years before they break down into smaller pieces and become part of the toxic plastic soup we are inundating our oceans with.

What is especially upsetting about the death of this mighty humpback whale, is that he/she was struggling to break free of these trap lines for weeks, and possibly months. Some courageous people finally got the lines off, only to see the whale wash up dead the very next day...

He or she was obviously so exhausted that nothing would help—but thank goodness, some folks tried.

Friends, we can do better than this.

Attack the Problem from All Angles

We must work together and demand that the authorities who oversee fishing regulations make the health of ocean wildlife a top priority. We need to make the fishermen accountable for their gear, and make the gear easier for these animals to avoid.

As this article points out, one ton of this gear becomes “derelict” EVERY SINGLE MINUTE of the day...

We MUST do better than this if we want a healthy ocean for our friends that call the oceans home, and for future generations of humanity too.

At ODA, we work on the frontend of the problem as well as getting out in our boat with SCUBA divers to remove this deadly abandoned fishing gear. You can be a real part of the solution by contributing financially to keep our boats at sea doing what we do best! Thank you.