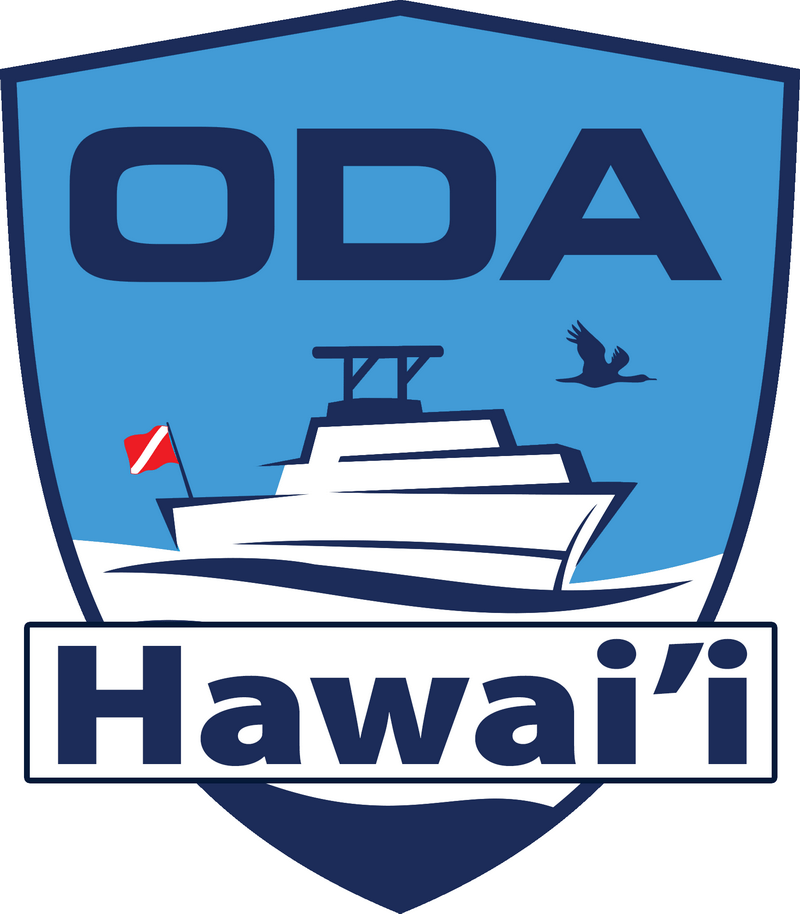 Spring is in the air, and with it come new beginnings.  While Southern California has gotten some MUCH needed rain to help green things grow, Ocean Defenders Alliance is growing, too. I am excited to tell you all about the new Ocean Defenders chapter in Hawai’i!

We’ve been wanting to do this for years, and the ocean had needed us for decades, but I never seemed to find anyone in whom I had enough confidence to do what it takes to run an ODA chapter.  That all changed when Steve Boreman approached me on the subject.  Steve is a lawyer and a scuba diver.  He has been donating to us for years, and has helped us with legal advice while he sits on our Board of Advisors.

Turns out that Steve has a nephew Mash Hatae who lives on Oahu and is the other “puzzle piece” we need to run a new chapter. Mash is not only a diver, but he is a boat captain, and runs dive and whale watch boats for a company called Hawai’I Nautical (HN). I am proud to appoint him leader of Ocean Defenders Alliance Hawai’i (ODA-HI), and I welcome him to our Advisory Board.

Mash approached the HN’s owner Doug Ewalt, and asked him if he would be willing to let ODA use one of their boats for underwater cleanup expeditions.  Doug graciously said “YES!”  So, now we have use of their dive boat, Sea Dreams II, once a month.  Thank you, Doug!! 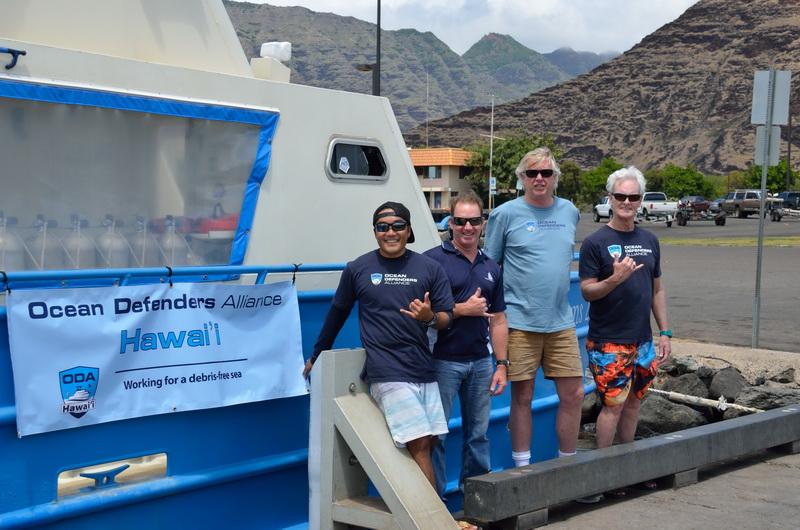 Now that we have the pieces in place, we need to start getting the word out that ODA is ready to organize underwater cleanups. With Steve’s help and connections we contacted the University of Hawai’I (UH), and found an enthusiastic person there who works for the Richardson Law School:  Victoria Szymczak.  Vicky was kind enough to invite me in to give a presentation to some faculty and students of the UH law school, which is on the campus. So, I headed to Oahu on March 15th to launch our new chapter and give the UH presentation.

Another ocean defender I made sure to meet with while there is Honolulu resident Ray Hollowell. I’ve been friends with him ever since I met him at the BLUE Ocean Film Festival in 2010.  He is a world class videographer, is on ODA’s Board of Advisors, and was kind enough to let us use some GREAT video images that he has taken of the underwater world of Hawai’i which I incorporated into my UH video presentation.  One of Rays buddies, Cully Kamisugi, let me use some pictures for the presentation he had taken of monk seals playing right next to a gill net—a scary sight to see, for sure. 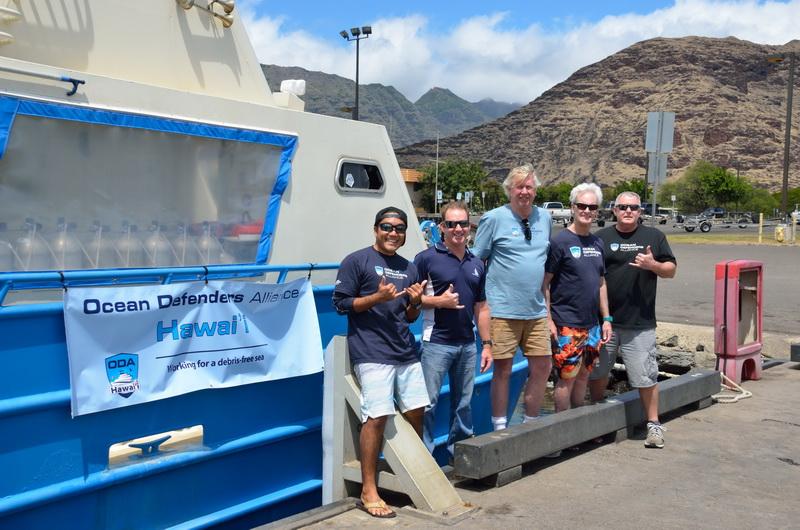 On Thursday, March 17th, I gave my first presentation at UH.  There were about 25 people in attendance, including Steve, Mash and Ray.  Also in attendance was Denise Antolini, who is the associate dean for Academic Affairs. 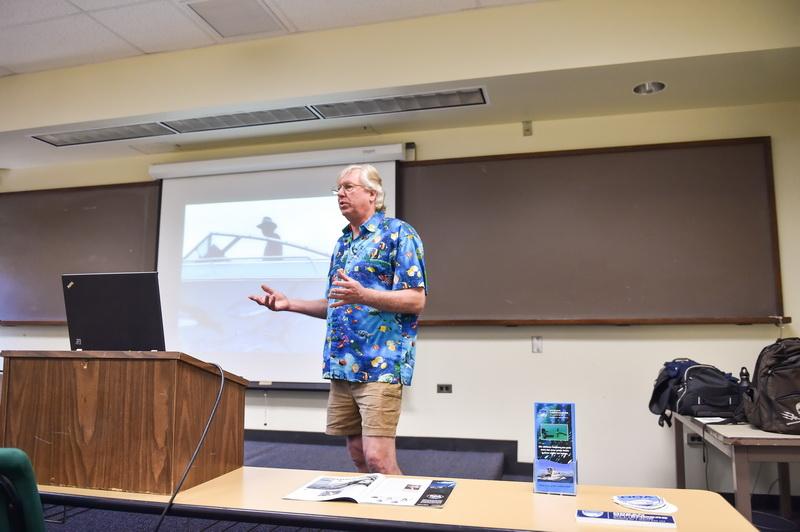 The presentation went very well. The discussion period afterwards was lively and I could tell they were engaged. 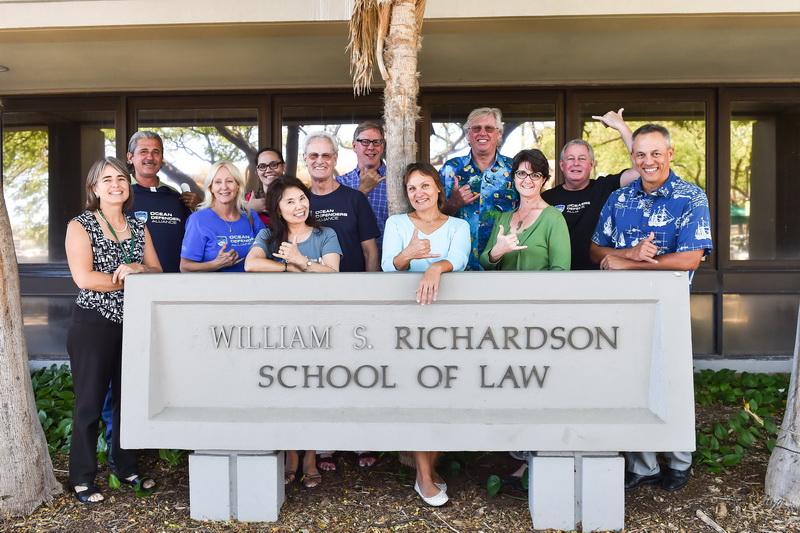 University of Hawai'i law school group with Ocean Defenders. On far left is Denise Antolini; Victoria Szymczak is in the middle with her hand on the sign. :)

As we were heading out of the theatre, Denise asked me if we could talk for a few minutes.  That discussion lasted half an hour and we only stopped because she had another meeting to attend!  Denise is extremely focused on environmental issues, and she had some GREAT suggestions regarding individuals and groups to connect with in Hawai’i.  She had so many ideas that my brain was about to overheat due to information overload!  Thankfully, she agreed to talk with us more in the near future.

Dipping Our ODA Toes in the Water

The next day, March 18th, Ray drove Steve and I from Honolulu to Waianae Harbor to meet with Doug Ewalt, take a look at their boat, and see if we could clean up anything in the harbor.  While Doug and Mash were showing us around the Sea Dreams, I noticed a lot of tires in the harbor near some lava rocks.  OK, I thought to myself, I am going to get those out of there one way or another! 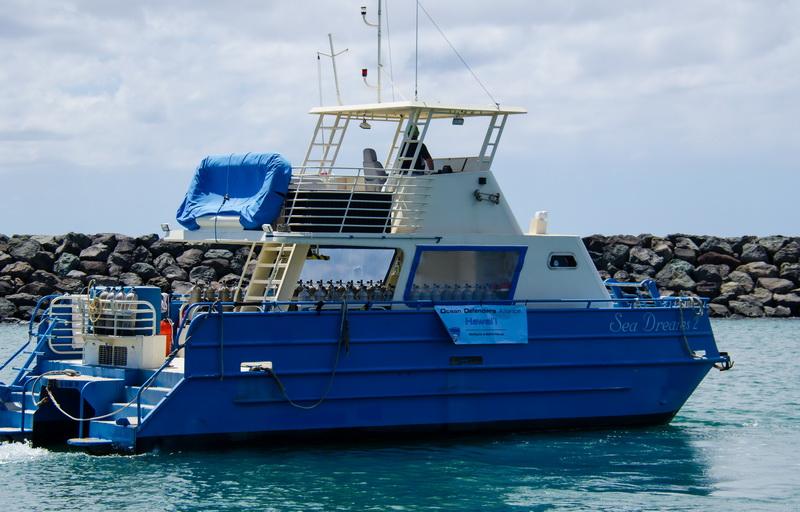 The Sea Dreams looks like a very efficient dive boat; nicely well-outfitted for scuba divers and very sea worthy.  It will also handle the debris we haul-out to take back to shore for proper disposal.

We hung our ODA Hawai’i banner on the side of the boat—check out our photos in the photo gallery below; doesn’t it look nice?!  When we were done hamming it up for the cameras, I headed back to the rocks to see if I could get those tires out of the water.  Well…easier said than done.

Lava rock has the potential to cut through skin like a razor.  I didn’t have any dive gear with me, nor my dive suit booties.  Bare feet weren’t an option unless I wanted to be taken to the hospital…So, I gingerly climbed down the rocks in my socks.  Mash handed me a boat hook and I managed to haul out two tires without getting too badly mangled.  Steve helped by hauling the tires out after I had secured some lift lines to them.

A few days prior to my arrival, Mash had found a mass of heavy line (one inch in diameter) floating on top of the water. Somebody had bunched it all together and was using it as a FAD (Fish Aggregating Device). FADs take advantage of a natural fish behavior; that is that fish will float underneath objects to get rest from the sun. And fishermen are aware of this phenomenon. As the fish accumulate beneath the FAD, the fishermen will either surround it with a net and pull up everything (i.e., the rope and everything they can scoop up below it), or if they only have poles, they'll drop their lures in the water very close to the FAD and catch what they can.

Mash and his team removed the tangled mass. It weighed about 400 pounds, and besides being a marine-life-killing FAD, it could get entangled on a marine mammal's tail. There have been a high number of whale entanglements in the waters of Hawai'i, so much so that NOAA has a disentanglement team based there. According to NOAA, "Since 2002, Hawaiian Islands Humpback Whale National Marine Sanctuary alone has received more than 94 confirmed reports of entangled humpbacks, representing at least 65 different animals -- and more entanglements no doubt go unseen and unreported." 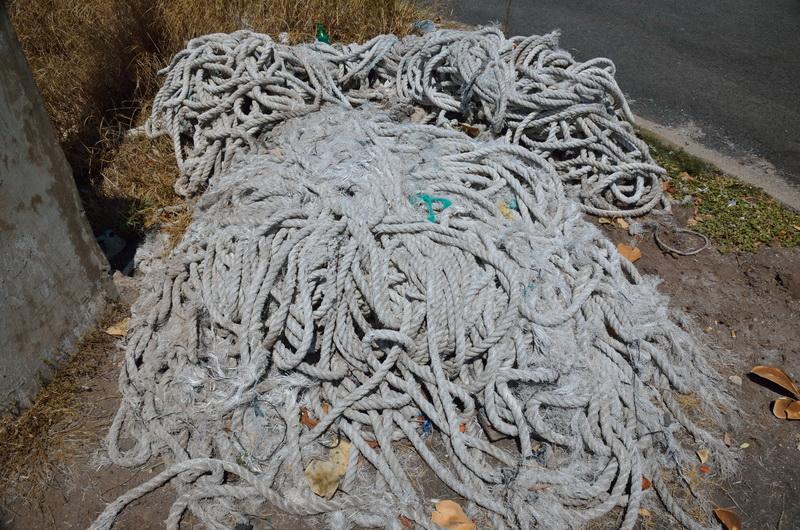 NOAA goes on to explain EXACTLY WHY Ocean Defenders Alliance is needed in Hawai'i:  "...by reducing the amount of derelict fishing gear in the ocean, we can reduce the number of whales and other animals that get entangled and hurt or killed."

And that is EXACTLY WHAT we intend to do! ODA-HI is energized and ready to go. With your support, this will be an ongoing reality.

Our ODA-HI kick-off week was full of excitement, new connections, and great strategy sessions. I am thankful to everyone involved! It was an honor meeting some wonderful people at the University of Hawai’i, and I look forward to our future interactions. AND...let's not forget: we removed about 500 pounds of debris.  A great start for our new beginning!

If you would like to support our efforts in Hawai’i, please fill out our donation form and type the word “Hawai’i” in the comment field. A big MAHALO (thank you) to you for that!

Be sure to check out the entire photo gallery! Lots more pictures!