Kawaihae Harbor Gets Cleaned by ODA-HI

Be sure to see more photos of these hard-working volunteers in the gallery below; you'll see more photographs that aren't displayed in the story. :-)

Kawaihae Harbor Gets Our Attention

To add to an already productive and successful summer of debris removal in Hawai’i, ODA partnered with divers and onshore volunteers to perform an underwater (UW) cleanup in Kawaihae Harbor.  This harbor is on the northwest part of the Big Island. 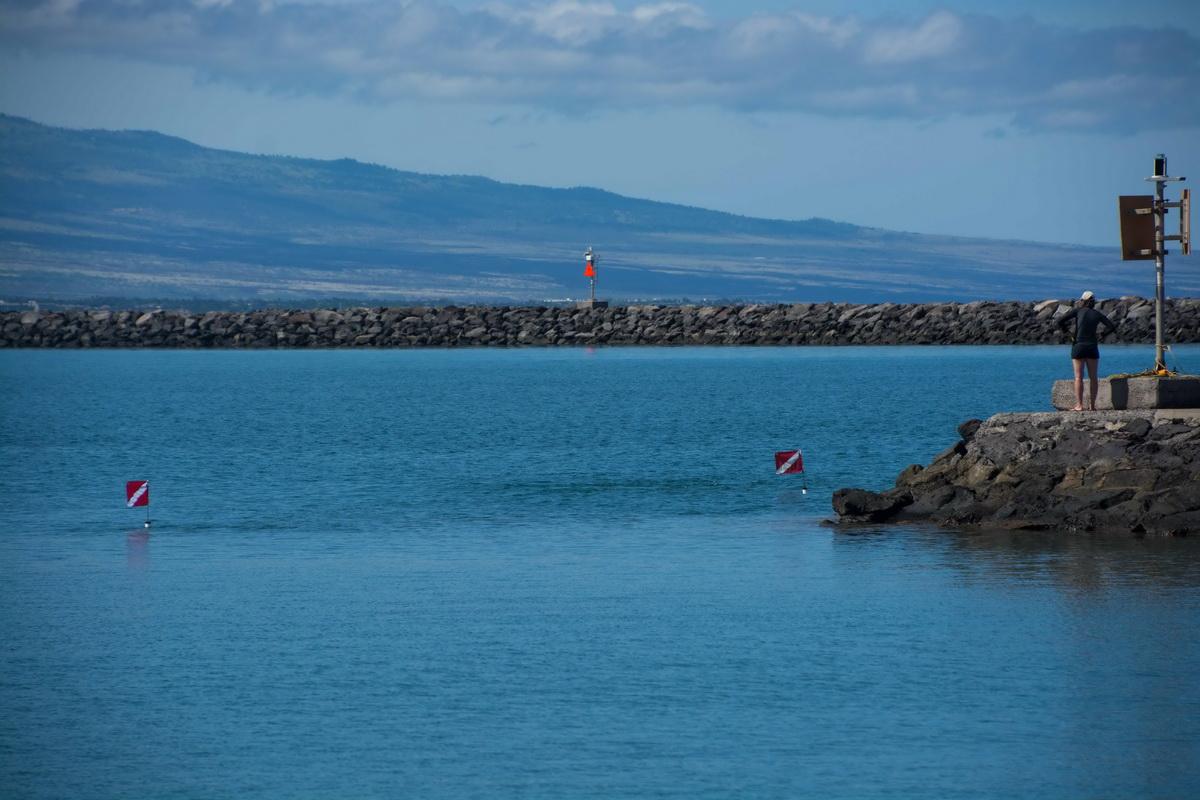 Please notice the two red dive flags. I'll be explaining about them below!

On Saturday, August 31st, 10 divers participated with another five volunteers who helped from the docks. These onshore volunteers have a big job: They must pull onto the docks whatever the divers find below and sometimes that means heavy tires and metal objects.

I had been in contact with Rebekah Kaufmann for weeks about organizing another cleanup. This was our fifth time working together.  Rebekah and her husband, Greg, own Kohala Divers.  Because their business is all about the ocean, they were delighted to “give back” to it by doing another UW cleanup with us.

Also helping out was Cynthia Ho, who has been organizing beach cleanups for years.  She recruited 25 people to help out!  I'm sorry to say, we didn't get a group shot of them -- they were too busy working!

So, between the two groups we had 40 people scouring the land and sea. 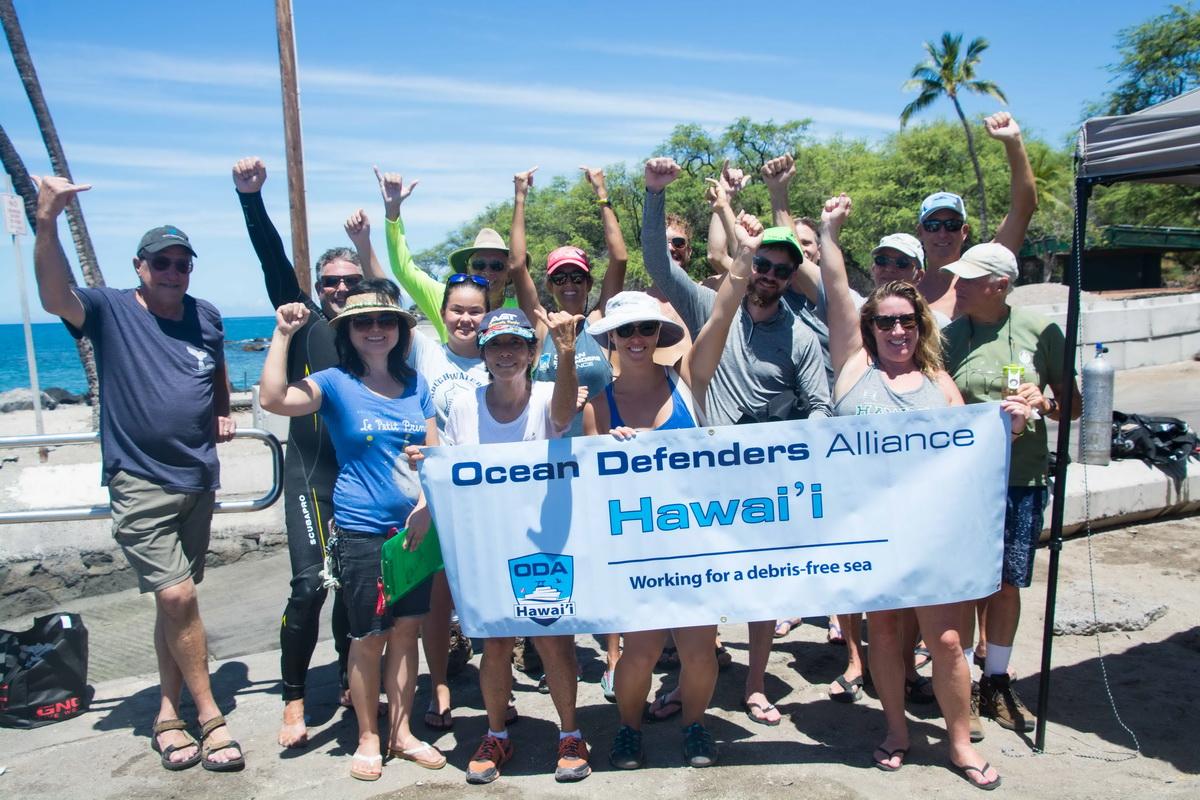 We met up around 9am, and by 10am all the divers had entered the water and started looking for the “goodies.” 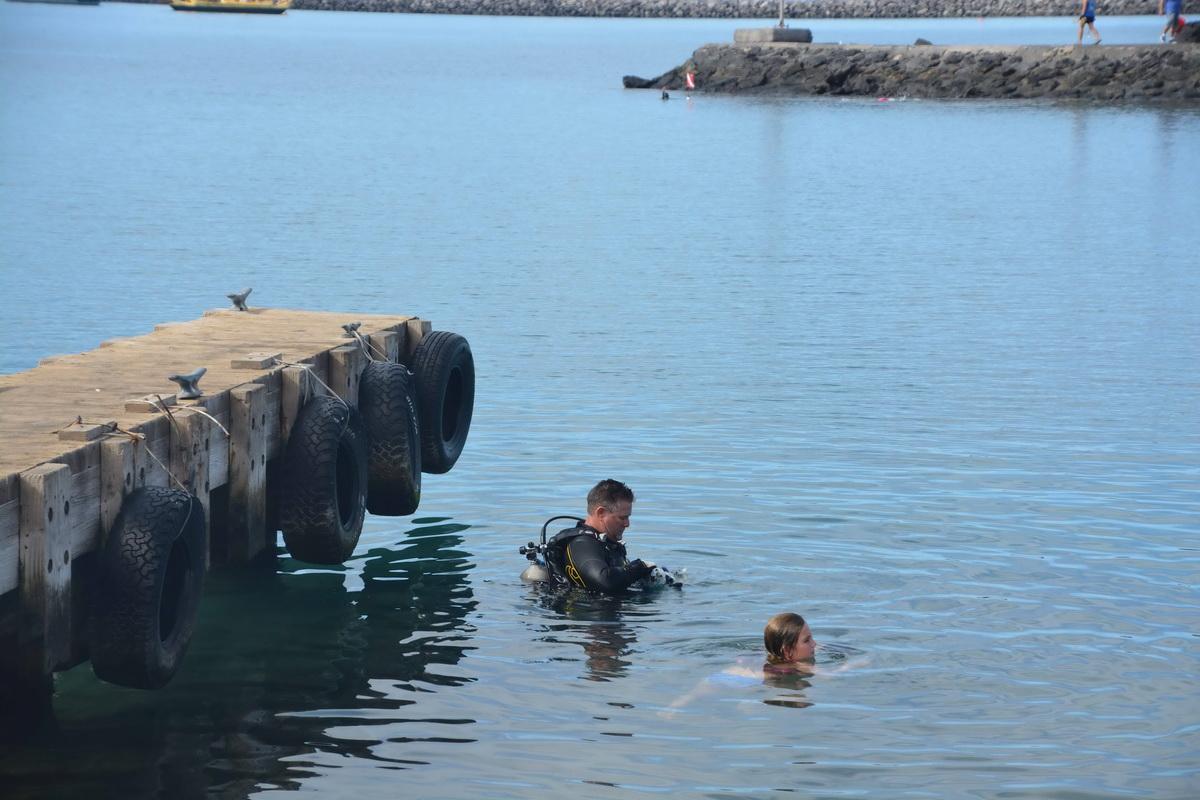 Divers Kiana and Greg The UW visibility (vis) started out well enough for me to be able to see the bottom, which was only 10-15 feet deep.  But, of course, once everyone starts kicking around the vis drops to near zero. 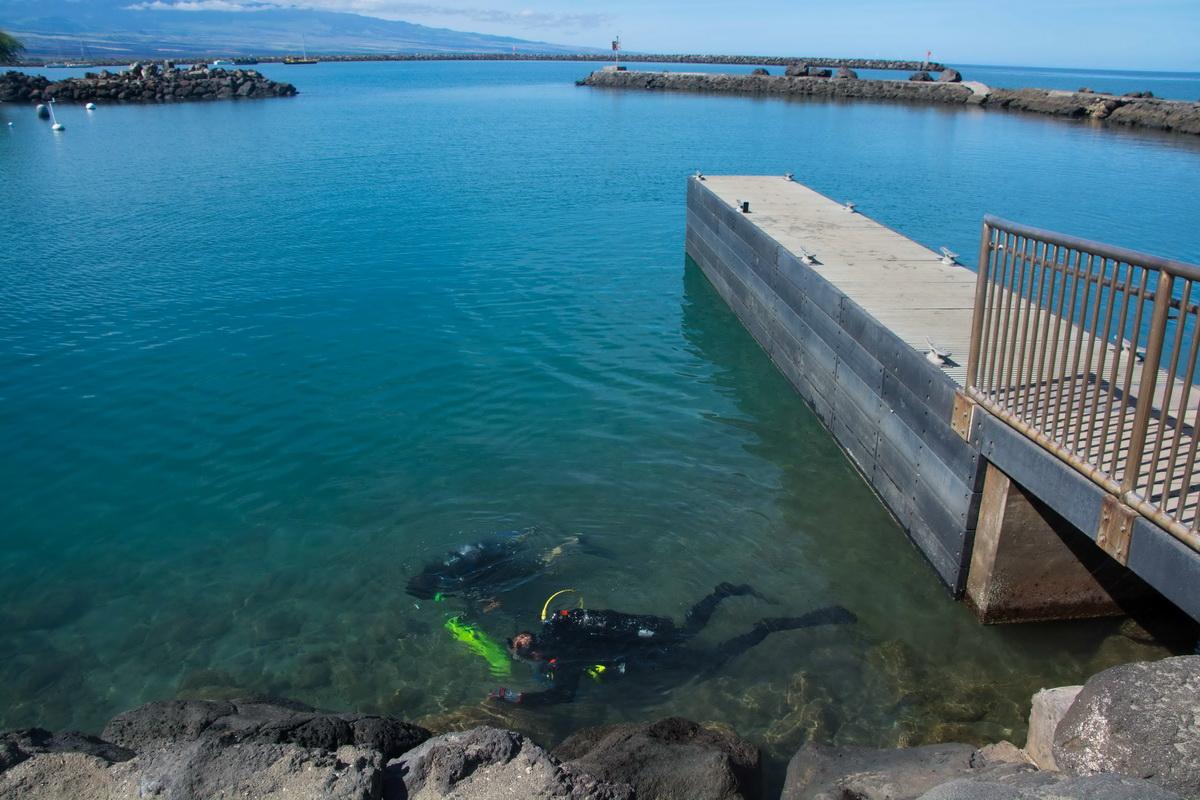 Here you can see Manami holding a line while the diver attaches it to a tire to be hauled out.  The diver was only down about 10 feet, but as you can see the water gets all stirred up with the mud and sediment that was on the tire.  We couldn’t even see one foot down.  Imagine how patient the divers need to be to get the line attached to something they can’t see but can only feel… 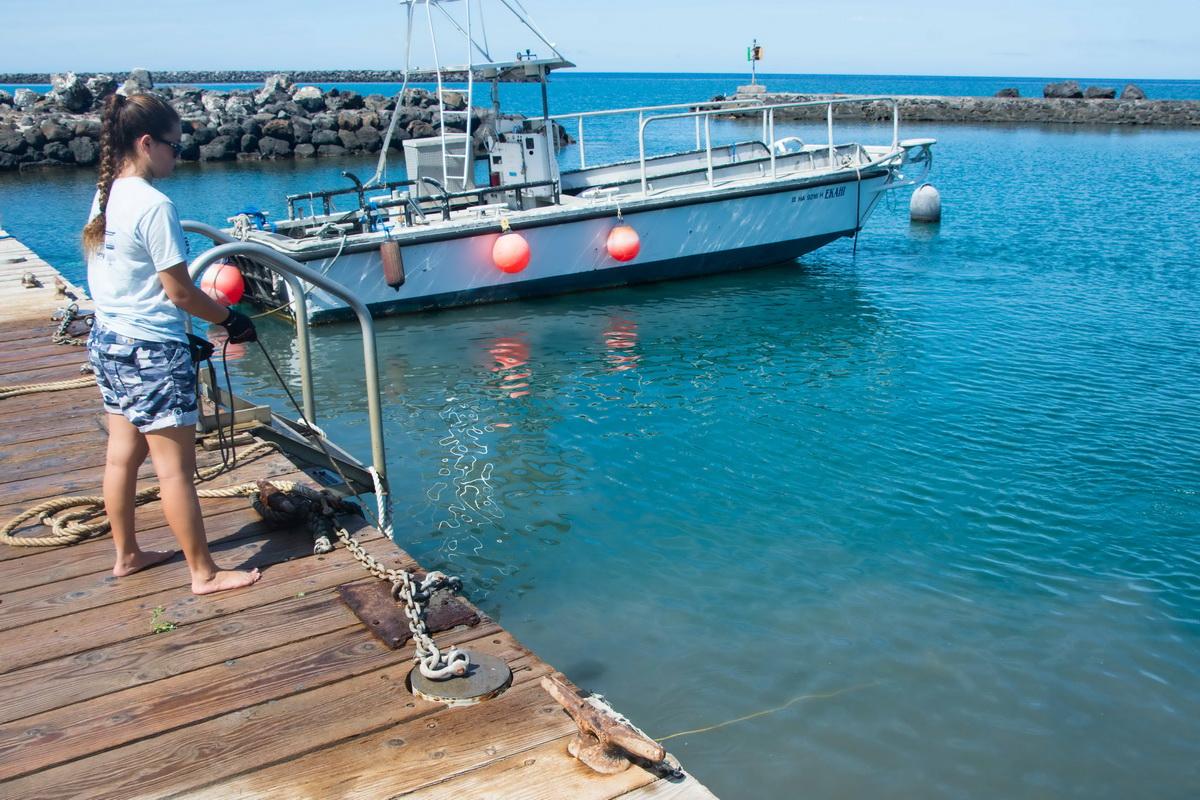 All Kinds of Debris Removed

A few divers headed to the breakwall first and started hauling signs and fishing lines out. 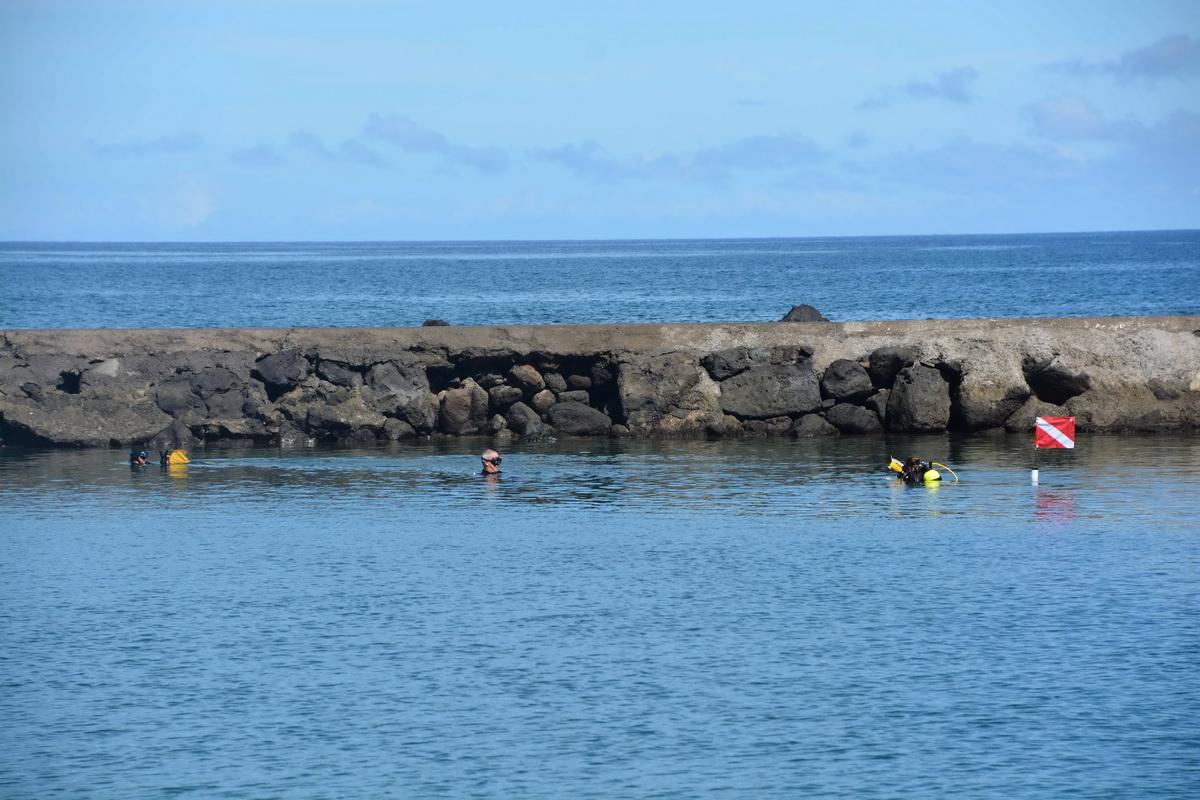 Because there was boat traffic in the area, each dive team had a floating dive flag that they attached to their weight belts and dragged it with them wherever they went.  This is a clear indication to boaters that there is a diver underwater and to stay clear.

In another area of the harbor, where some boats were sitting in their slips, another group of our team was finding tires, big ropes, bottles, fishing lines, and lead weights.  The tires were full of mud and sand, so hauling them out of the water took a team effort. 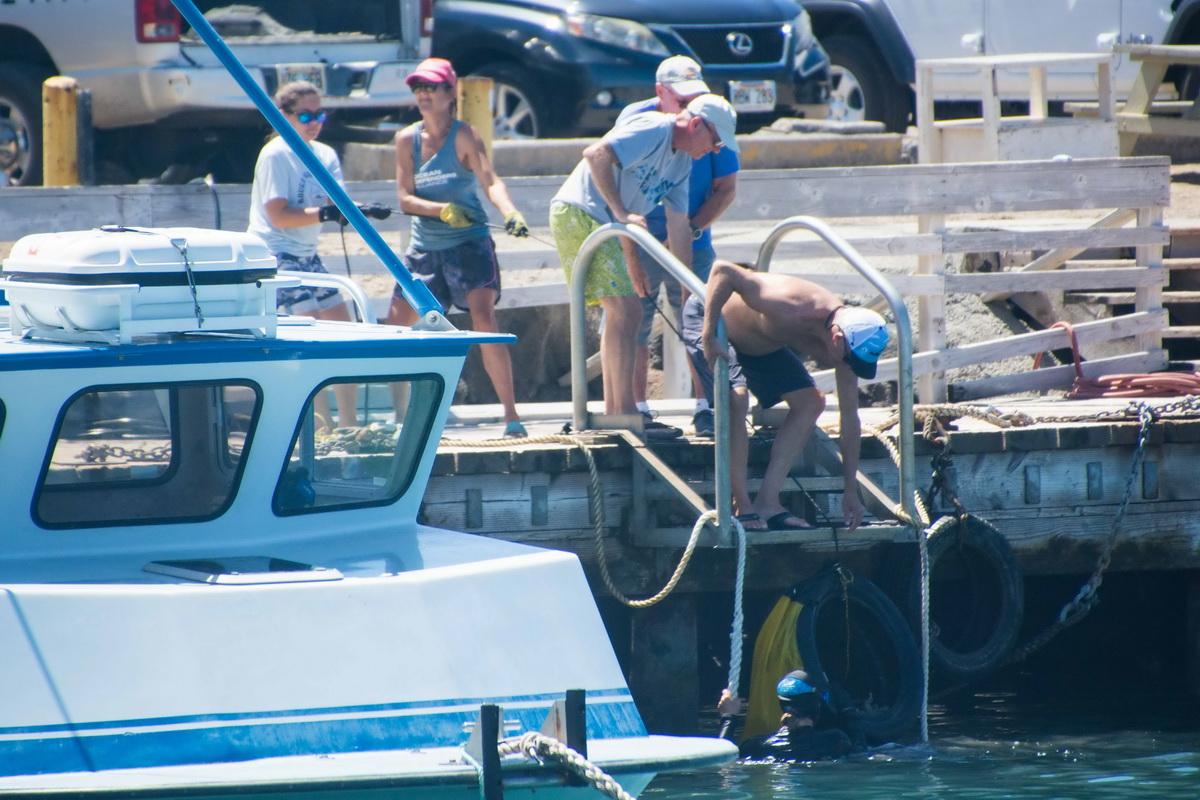 We finished up around 11:30, and by noon we took some group shots. All involved agreed that they want to do this again.  It’s uplifting to know that people don’t mind doing some dirty work in order to make our waters cleaner and safer for our wildlife.

We saw quite a few fish in the area we were working on. Here you can see a needlefish right near the docks. 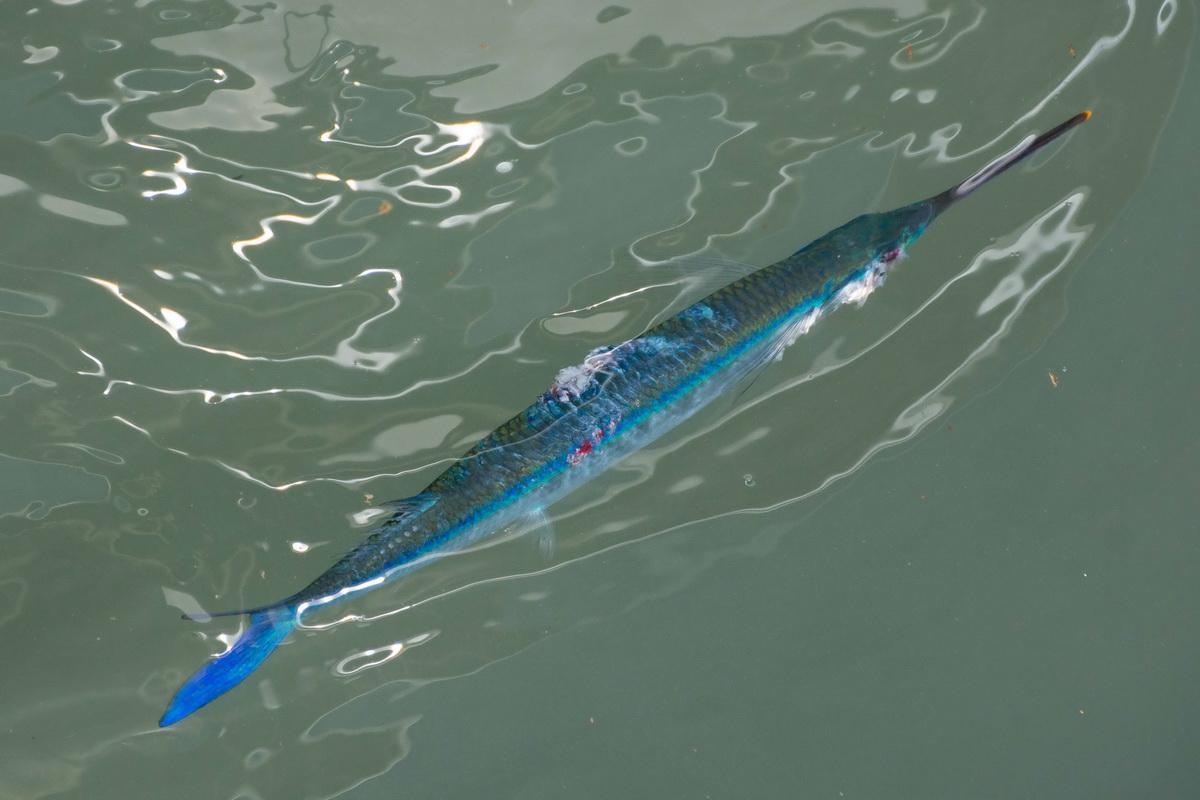 April pulled up a banded coral shrimp that was on one of the tires. We promptly put it back in the water. 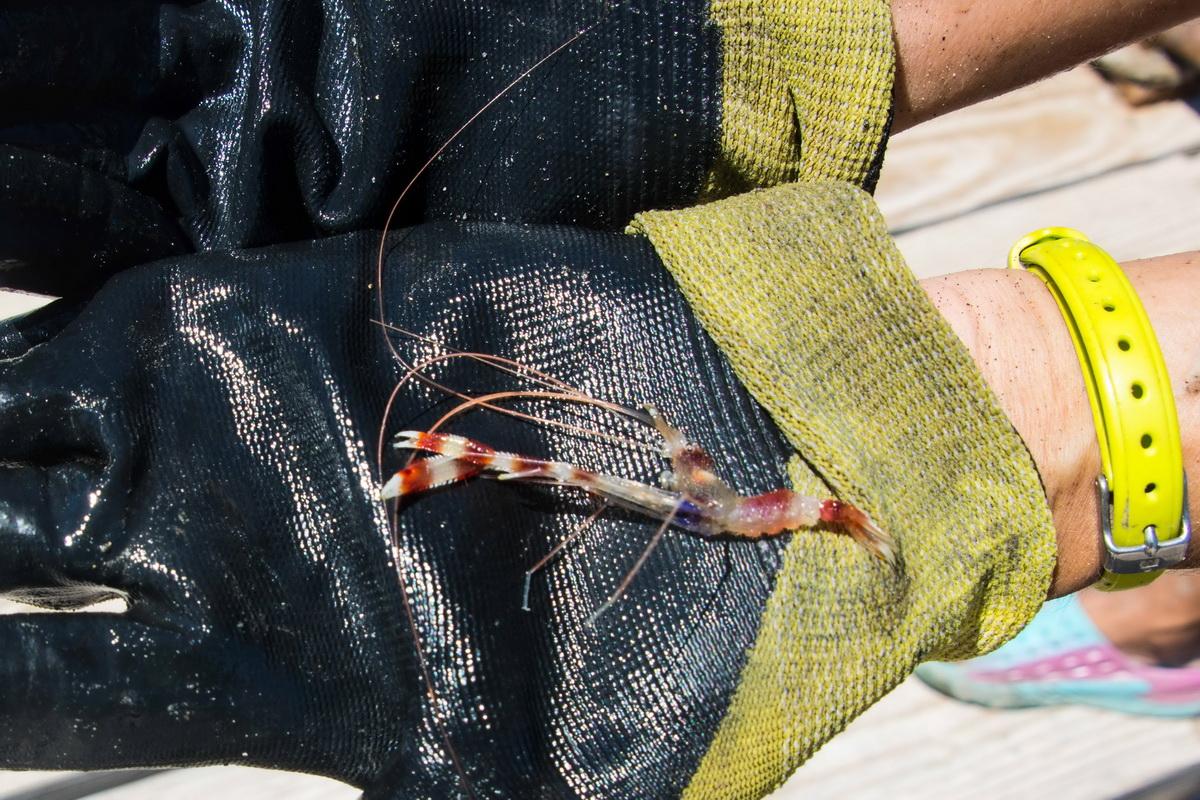 One of the divers told me she had seen several small clusters of corals that appeared to be doing very well despite the warm waters and suspended sediments.  Corals thrive in clear water, and by removing all this debris they stand a much better chance at surviving.

Keep in mind, as the winter storms come in and the rough waters move all those tires, ropes, and signs all over the place, they inevitably come in contact with the corals and break them apart.

In all, the divers removed 650 pounds of debris, including seven tires. This photograph doesn't represent all of the debris because about 250 pounds of it had already been hauled away for proper disposal. 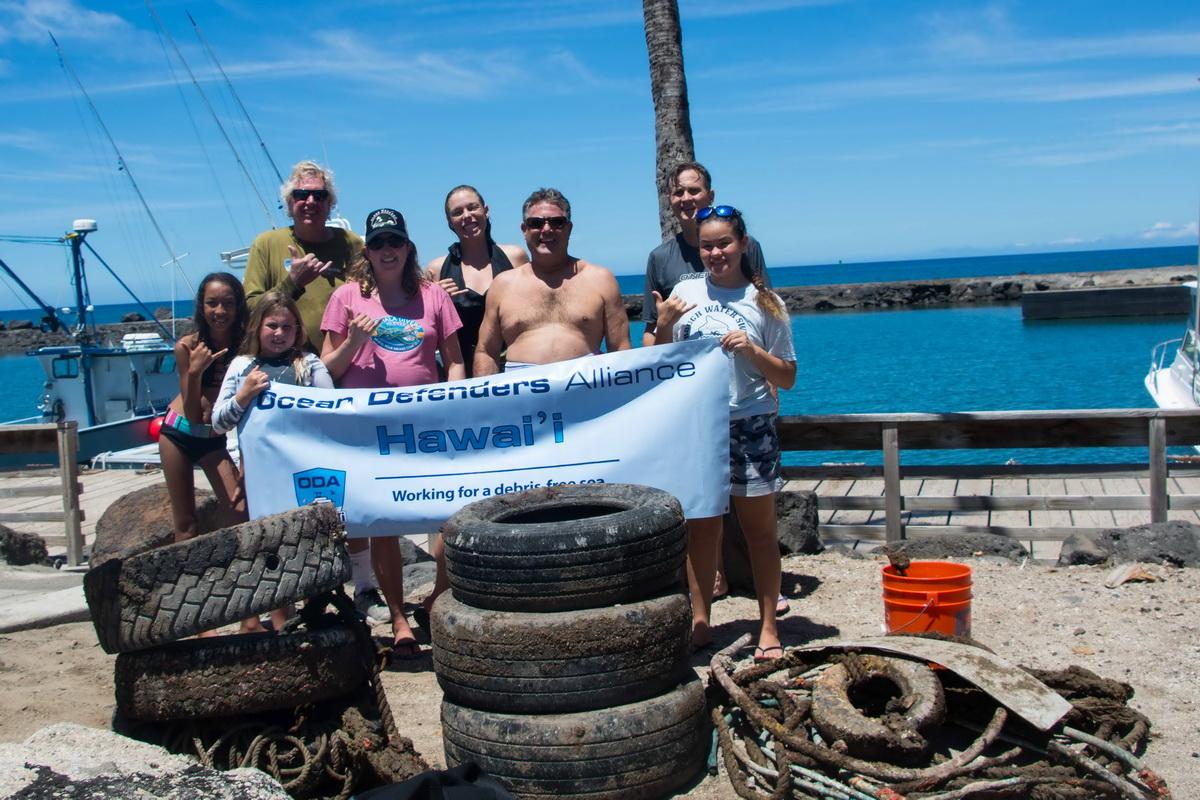 A big MAHALO to everyone who came out and helped make another dent in the marine debris problem.

In the last three weeks in Hawai’i our hard-working crews have removed over 4,000 pounds in total. It’s fantastic to be part of such a successful team of ocean defenders!