With summer in full swing, and the heat as well, a boatload of ocean lovers boarded ODA’s flagship Mr. Barker’s LegaSea.

We met up early in the morning on Sunday, August 4th.  When we got underway the skies were… well where were they?  San Pedro harbor was socked in with low-lying fog.  We couldn’t see more than 200 yards. 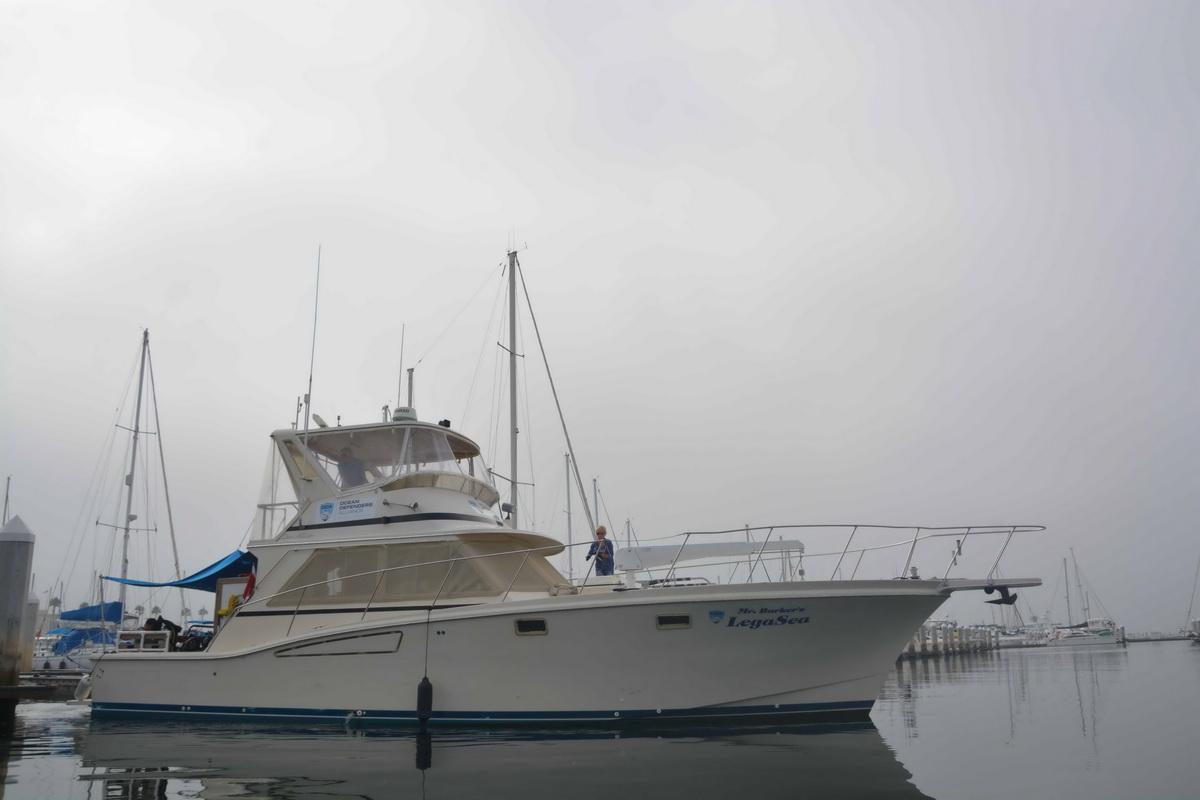 So, we turned on our radar system so we could “see” electronically if we were heading towards anything that might be a navigational hazard.

I thought the fog would lift as the day went on, and around noon it finally did.

Once again we had three long-time dive volunteers with us: Dan Eisenbeisz, Bill Maley, and Geoff Walsh.  In addition, we had Todd Kortte come along to do some underwater filming for us.  Todd has won several awards for his video skills so it was a treat to have him come along and document what goes on while Dan, Bill, and Geoff work their butts off trying to get more nets off a wreck we have been working on for the last several months.

On deck we had Jeff Connor, Jim Lieber, Scott Marshutz, Karla Reinhardt, Sue StSure, and I.  This was Scott’s first time out with us and we sure hope he comes back again! 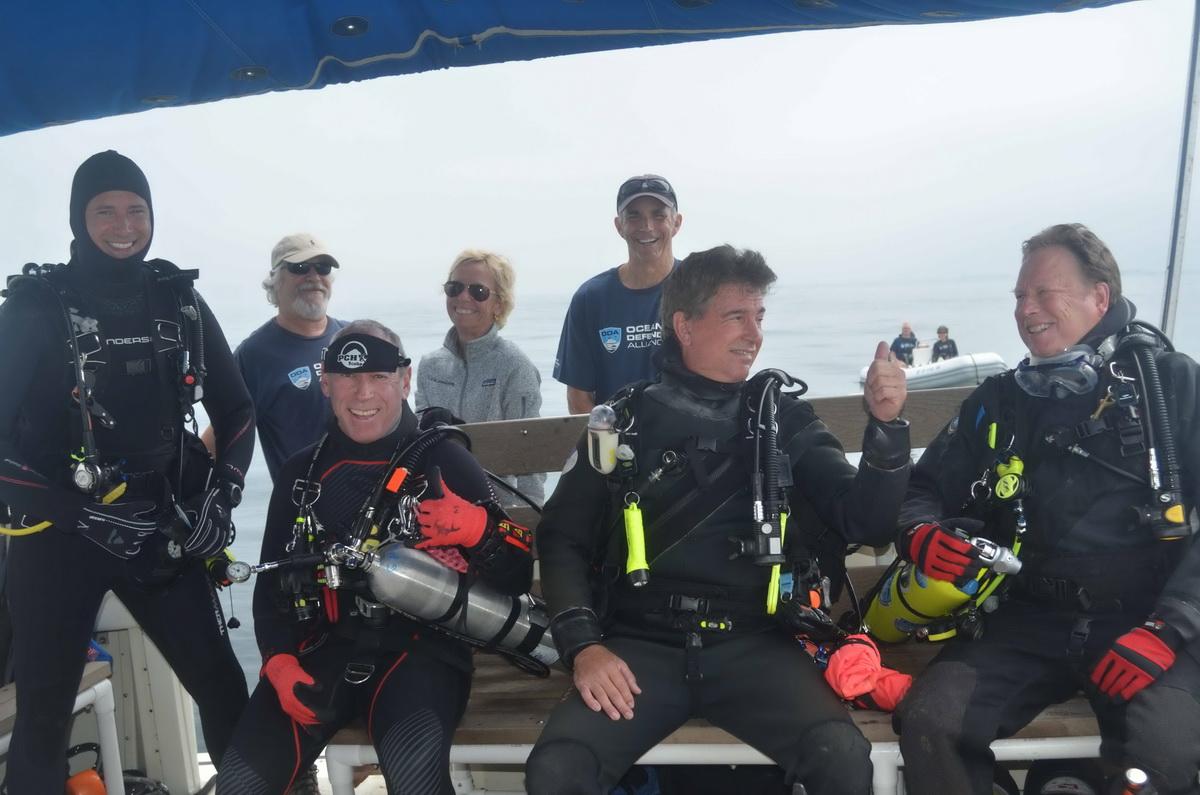 As we headed out of the Los Angeles Harbor, the seas were absolutely flat, with nary a ripple at the surface.  Everyone’s spirits were up.  A great day for boating!

The Net That Didn’t Want to Let Go

As we approached this dive site, we dropped the anchor and all four divers dropped down around 10 am. 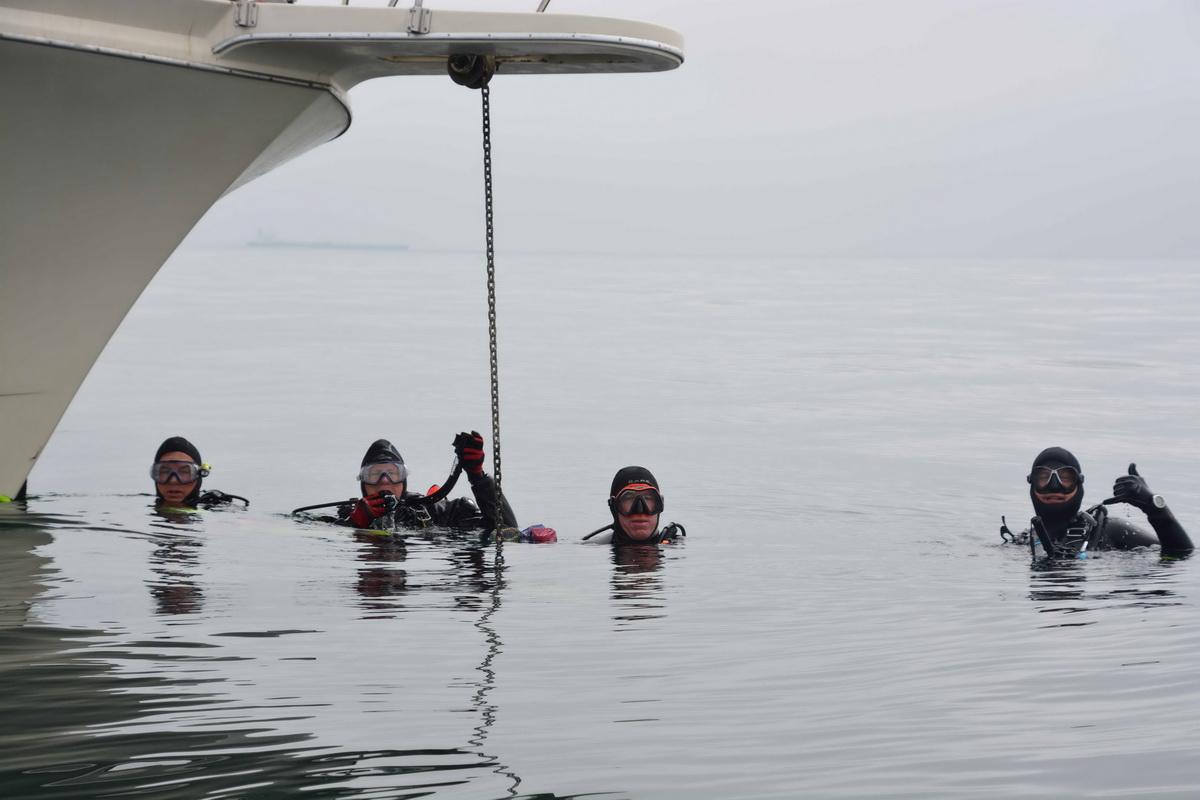 As they dropped the underwater visibility (UW vis) was pretty bad at less than 10 feet, but starting at about 25 feet the vis got better, all the way down to 60 feet.

The dive team worked for 35 minutes before they had to come up, and when they got back onboard we heard what the scenario looked like.  There was a LOT of net down there, but it was not easy to remove.  It was entangled on a lot of the parts jutting out from the wreck.  So they attached many lift bags to the net and tried to cut the net and float it to the surface, but it was turning out to be a bigger job than could be handled in one 35 minute dive.

They did a surface interval of 90 minutes and then headed down again. 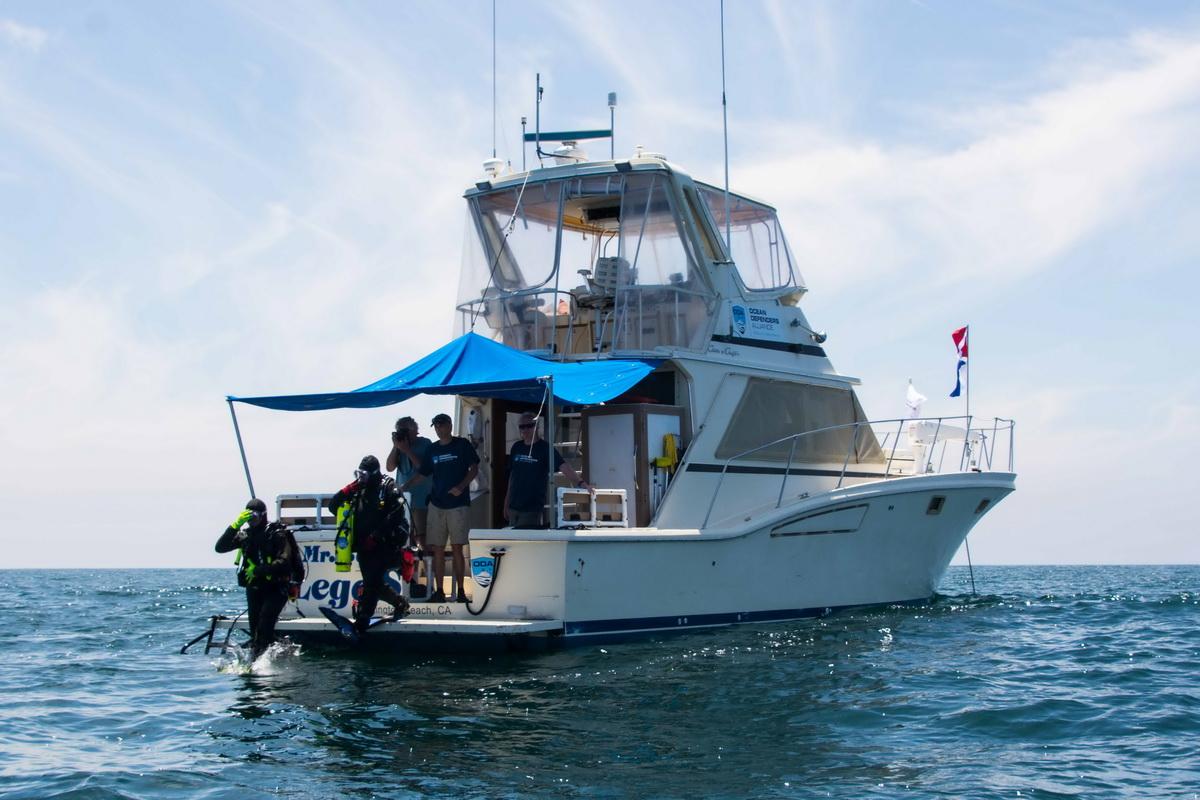 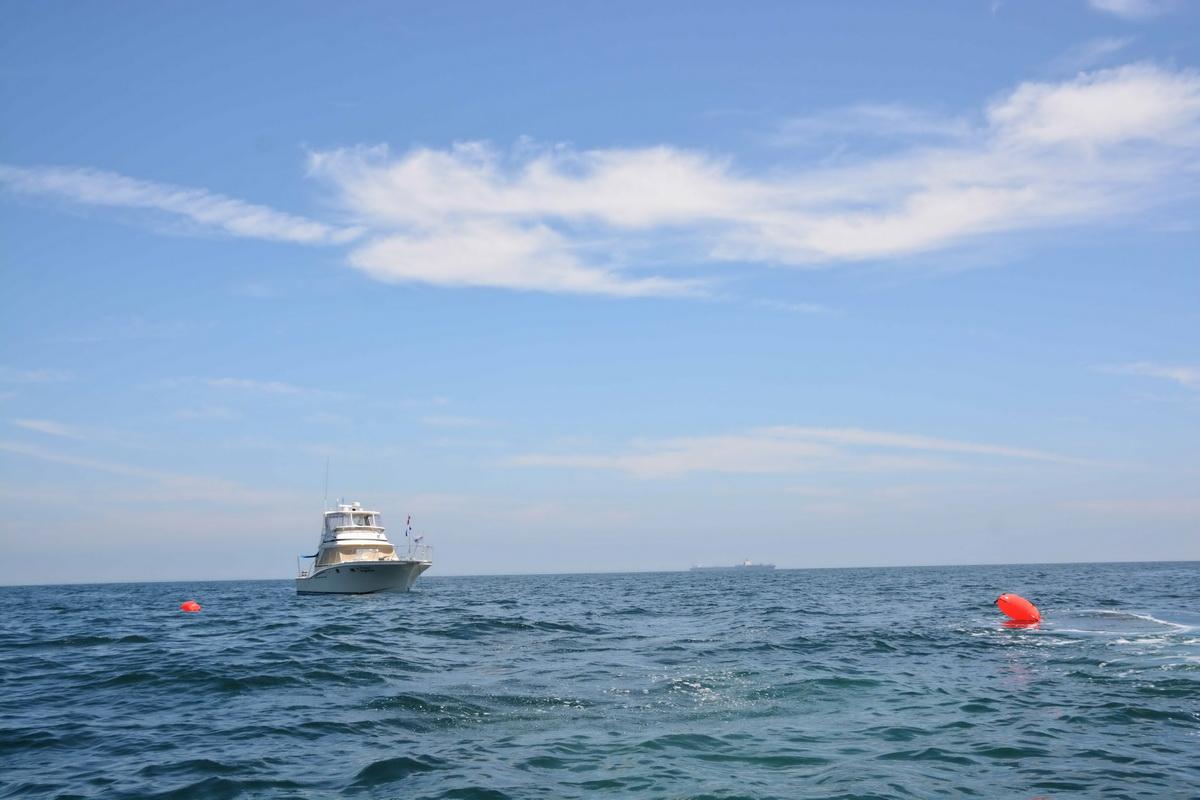 Jeff, Sue, and Karla jumped in the RIB and went to take a closer look and see if they could drag the bags over to the LegaSea. 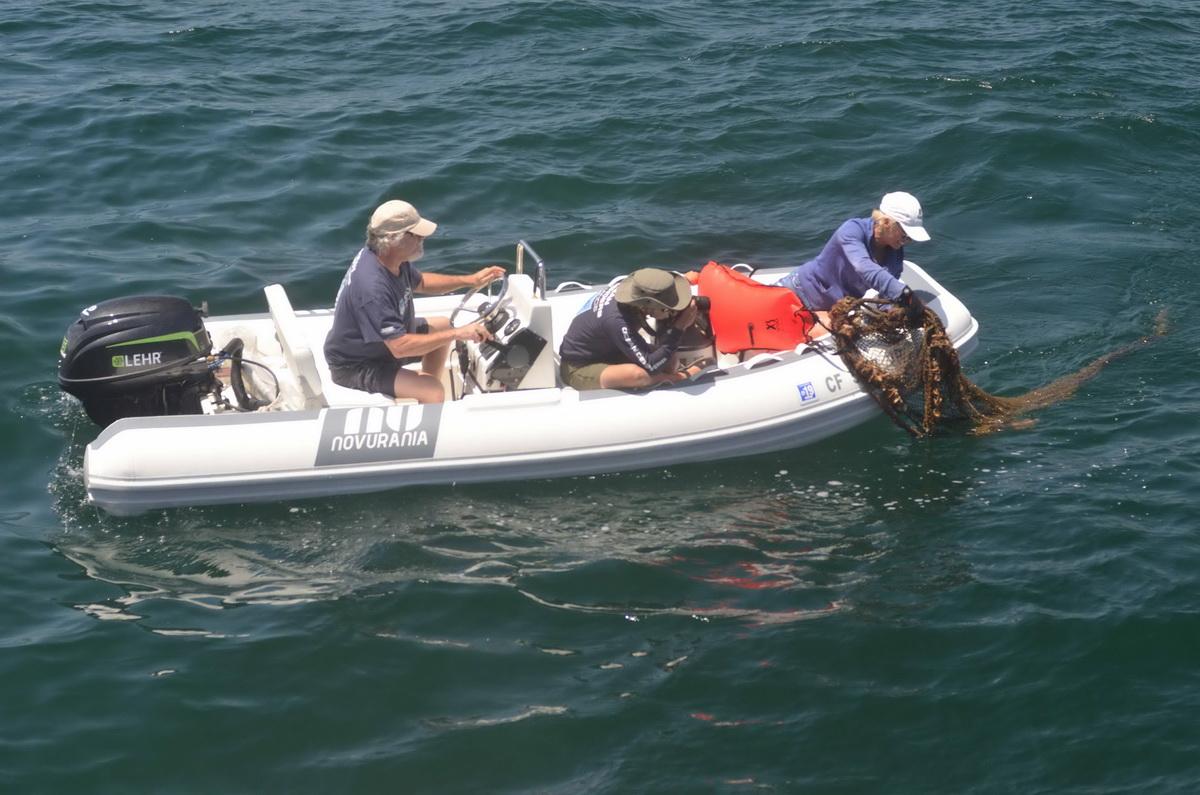 One of them had some net attached to it, but it wasn’t a whole lot, maybe 30 pounds.  But hey, that is still a significant amount to the animals that get stuck in these things. 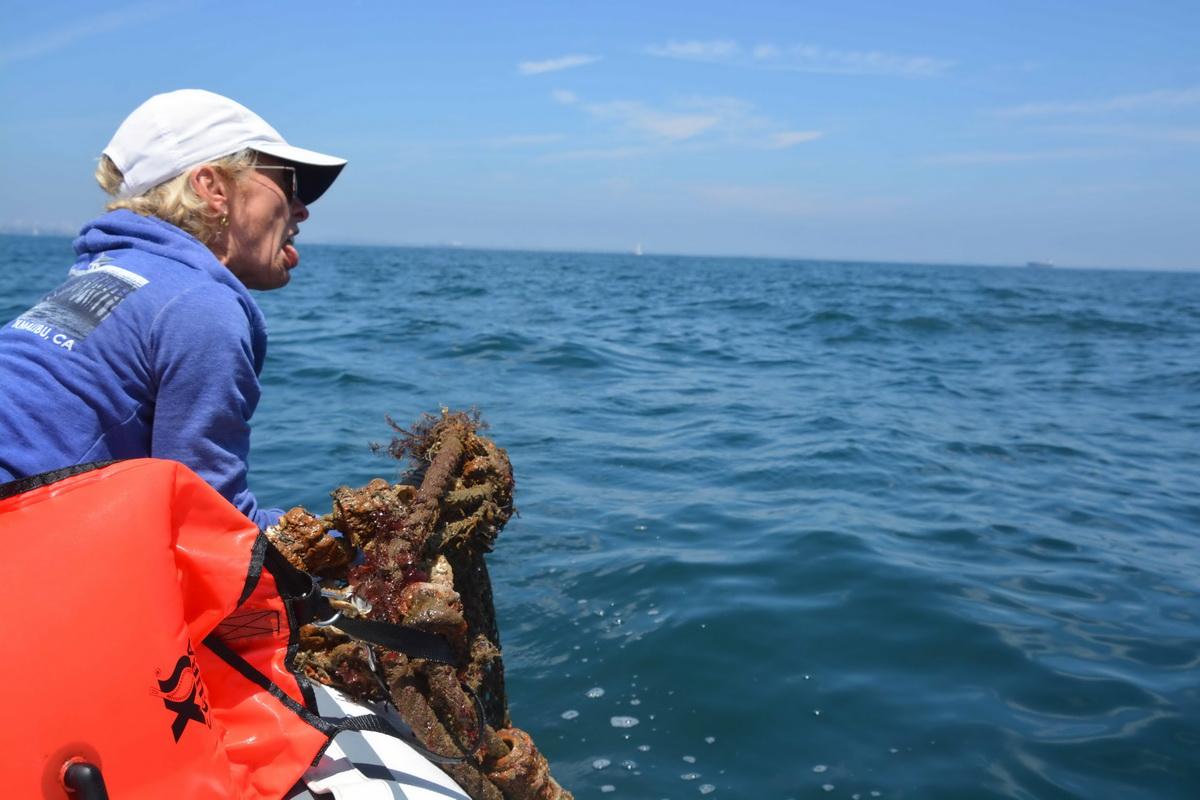 Hauling Net Out and Wrapping Things Up

I just read a report that some recreational fishermen found an abandoned net floating near the surface in Lake Michigan.  When the authorities removed it, there were more than 300 fish trapped in it.  All dead…

While it’s very sad to learn that all those fish died, it’s encouraging to hear that people all over the world are as concerned about these killer nets as all our ODA supporters and volunteers are!

Back to our net, which the deck crew pulled up onto the boat. 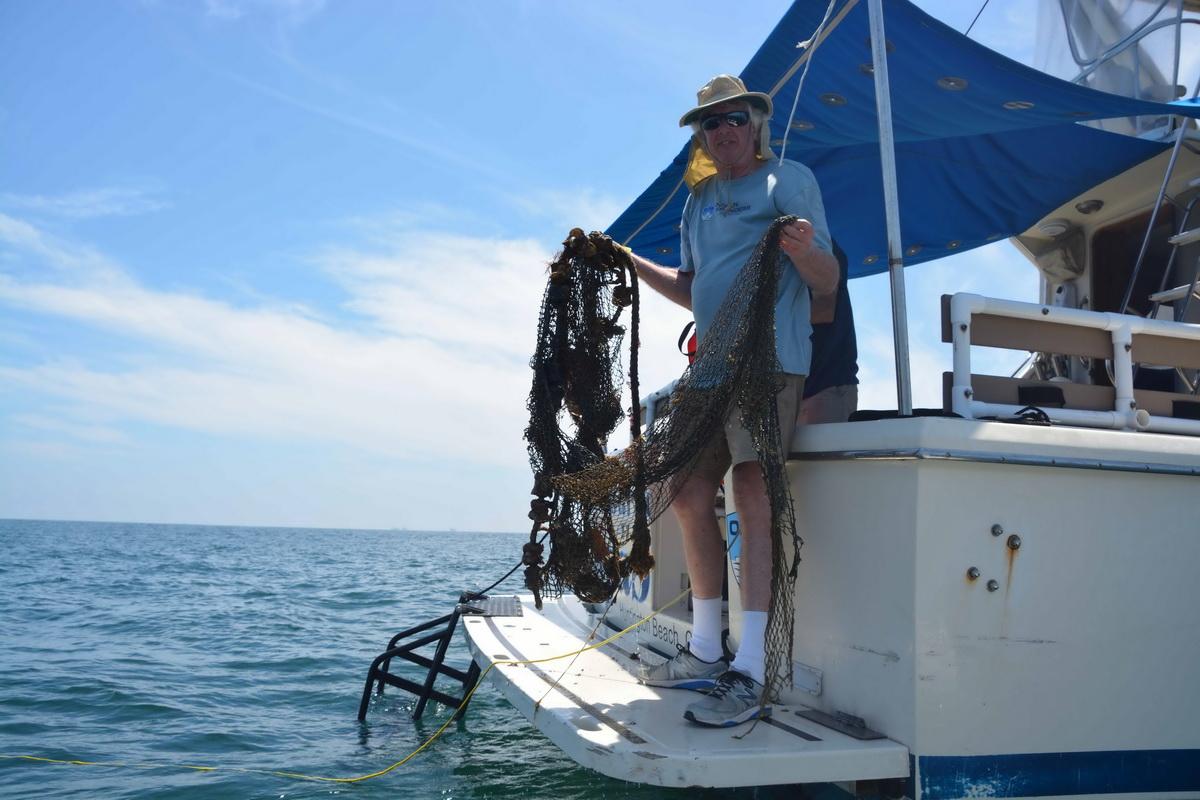 After their second dive, we were told that try as they might, they made good progress, but we’ll need to go back again to finish the job.  One thing you can count on from ODA, we DON’T give up!

Sea ya next weekend…

If you want to be an Ocean Defender - there's two great ways to do it:  You can help get the boat to the dive site by making a fuel donation OR if you want to get out on the water, please review our At-Sea Volunteer page.