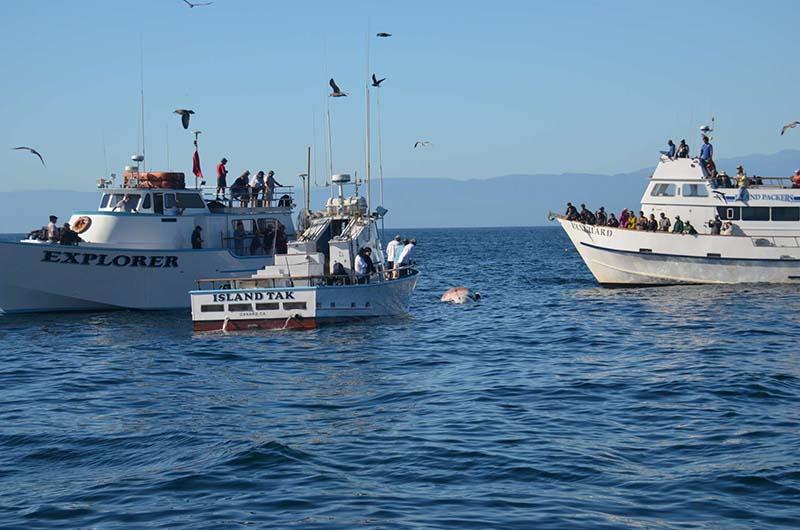 On Sunday, September 29th, as we were heading back to our slip in the Channel Island Harbor (Oxnard, CA), we had incredibly calm seas.  It was the end of a long day that we had just spent at Santa Cruz Island looking for abandoned traps.  I had been asking the crew to keep their eyes open-that if there were whales in the area this would be the kind of day that we might see their blows.

Low and behold, when we were about six miles from land we spotted two boats circling something large that was floating on the water.  As we got closer we could see that it was a dead whale.  Not what we had hoped for, but knowing that a wide variety of scavengers feed on whale carcasses, we approached cautiously to take a closer look.

What we found was, for me, a once in a lifetime experience.  There was a HUGE great white shark feeding on it.  He was something like 16-18 feet long!  It was the first time any of us had ever seen a great white in the wild, and I can now fully appreciate why people are so fascinated by them.  He was absolutely gorgeous-not just in color and body size, but in his gracefulness. 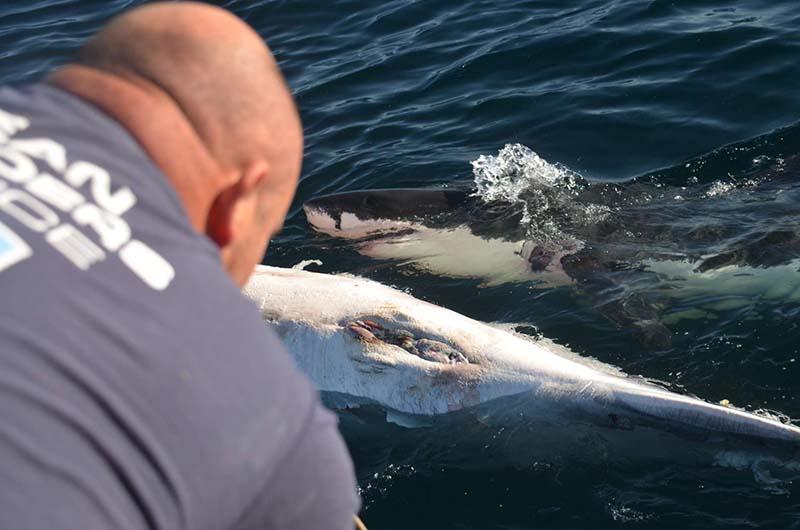 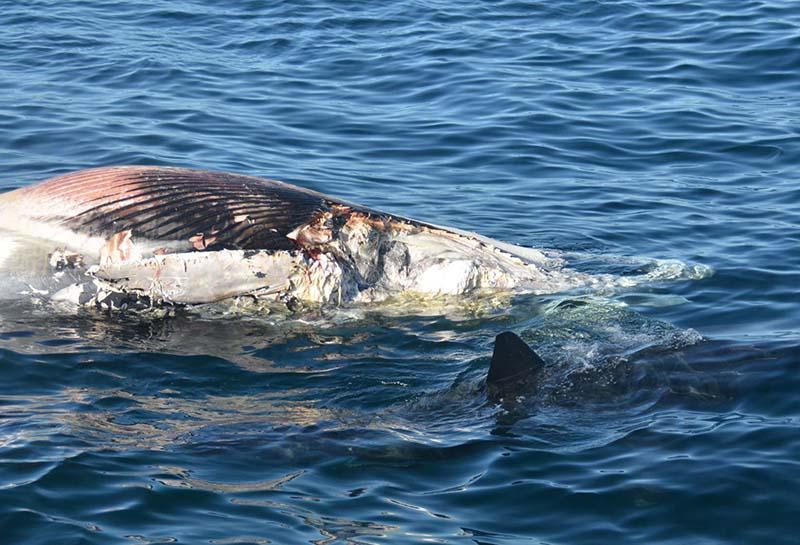 ODA volunteer crewmembers Jim Lieber and Chris Bell took still pictures, and Peter and Trevor Fulks took video from above and below the water.  [Note: No divers got in the water when the shark was around; we used a long pole to lower the video camera under water.] 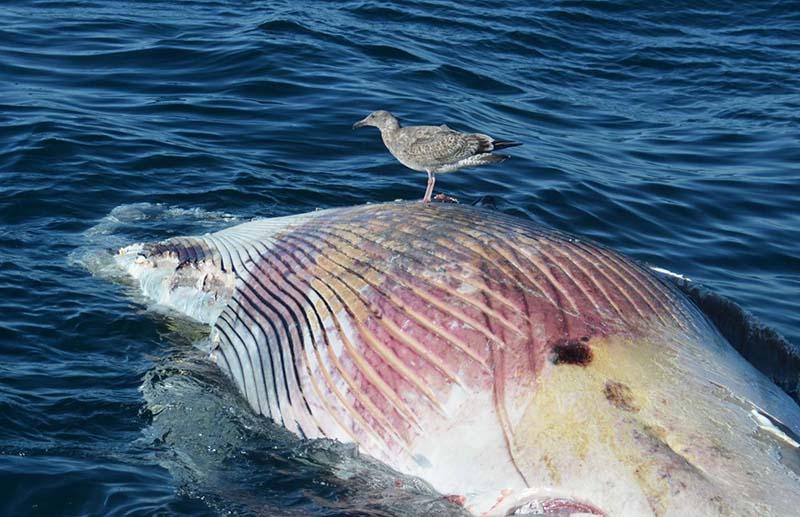 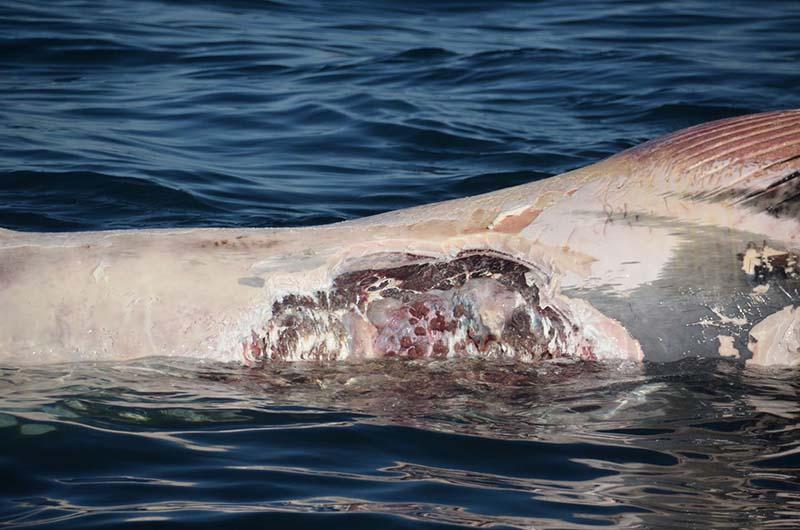 After looking at the images and talking with several marine biologists, we came to the conclusion that this was a young Minke whale that had been struck by a boat.  This theory is due to the fact that hemorrhaging can easily be seen on the body, where the white of the belly turns to red. 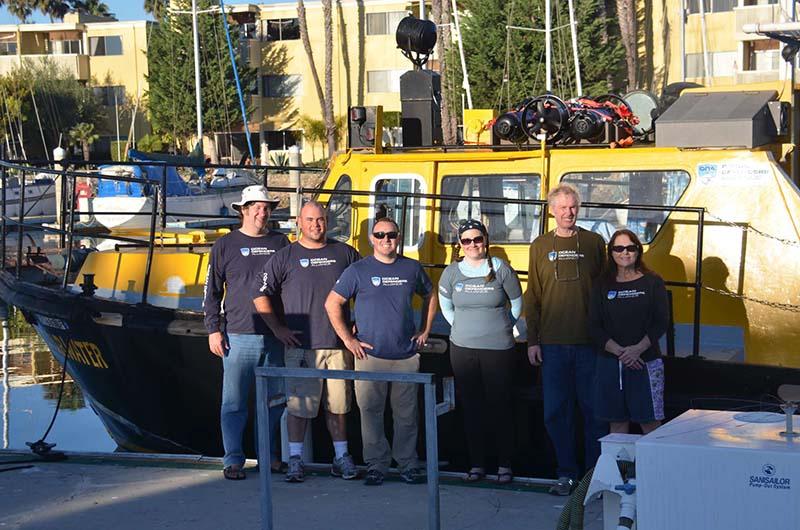 It was a sad thing to see this poor dead whale, but the thrill of seeing a great white doing what comes naturally was truly a once in a lifetime event.

The LA Times posted a video that Peter and Trevor have put together from their images.  Take a look at it here: