Belated Happy New Year!  If you are wondering what’s been going on with ODA since our last outing in early December, I invite you to read on.

While we haven’t been doing any diving, there have been some darn good reasons for that.

Full of Electricity (and we don’t mean excitement!)

We’ve known for a while now that we were just going to have to save up and one day spend some serious money on getting our boat upgraded and repaired.  The boat is 35 years old now, and through those years there have been many electrical components replaced and upgraded to newer and more modern versions. 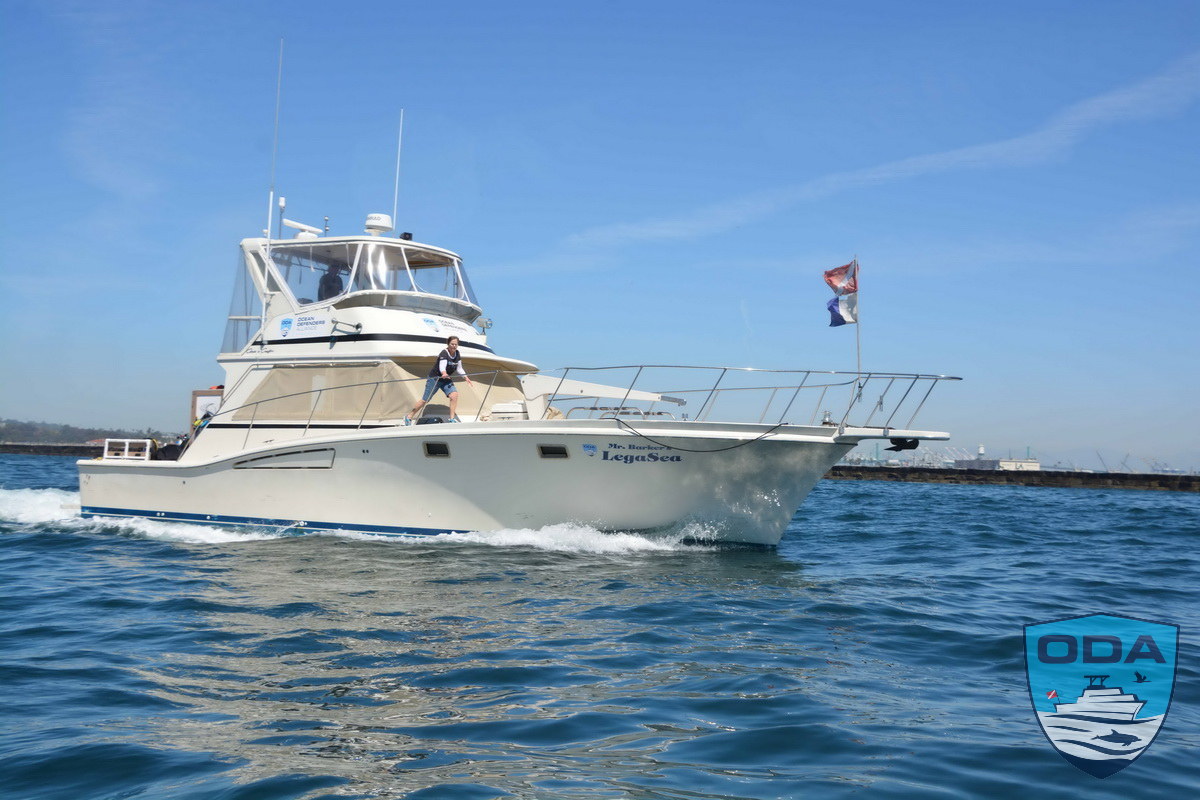 But every system that was replaced meant that new wires were installed.  As that was done, the previous owner just left the old wires in place.  Every time we worked on any of those systems, we had a nightmare of a time figuring out which wires went where, and if they were live or just abandoned in place.

As we’ve made our own upgrades over the years, that old wiring took so much of our time trying to trace them that we knew the entire wiring system needed to be evaluated and torn out if they weren’t serving any purpose other than to stall our progress. 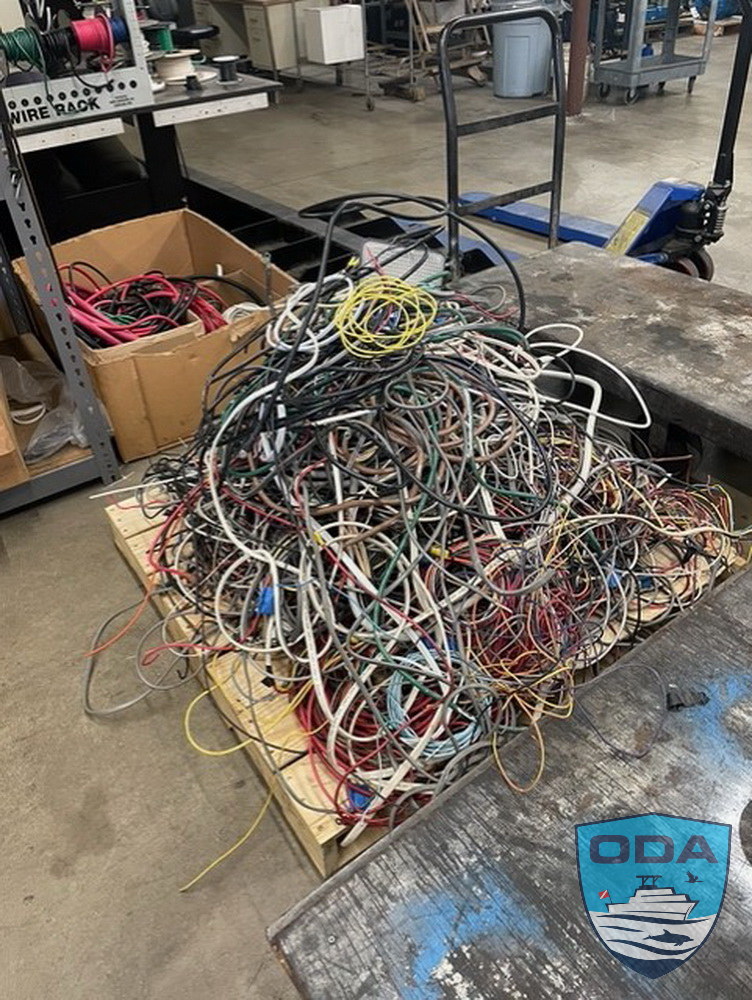 So, we moved the boat down to San Pedro several weeks ago and that’s where we’ve had mechanics working on that wiring nightmare.  Here’s a snapshot of what has been removed so far. 😲

We also had to replace the old electrical panel with a new one.  All the breakers on that panel were the original ones (very old!), plus a lot of those breakers weren’t even being used anymore.  Here’s what that looked like.

As the mechanics were doing this, they found several other functions of the boat that were either not working at all or needed to be replaced.

The holding tank for the waste system was leaking and left a foul smell every time someone flushed a toilet.  Now the leak has been fixed and we have new toilets in place.  Phew! (Not pew, haha)

Most of the repairs have been completed, and we will be taking the boat out for short, non-working, runs while we gain confidence that all systems work correctly.

Trap Trackers Takes to the Skies

While the boat has been out of service, I took another flight to observe and document trap densities and locations along central and northern California.

The California Department of Fish and Wildlife delayed the opening day of the Dungeness crab fishery due to the potential of whale entanglements along the coast.  The season usually starts on November 16th but got pushed back until the whales exited the area where the crabbers work.

The opening day was on December 26th this year.  A few days later I was up in the air looking for areas where there were high concentrations of traps set.  My goal: keeping the public aware of where these traps are and documenting those locations as part of our ongoing Trap Trackers project.

Another nonprofit group called Lighthawk connected me with one of their volunteer pilots.  I met up with Gerry Glasser at a small airport just outside of Monterey around 10am on December 28th.   He owns a Cessna 170, and this was my first time flying with him. 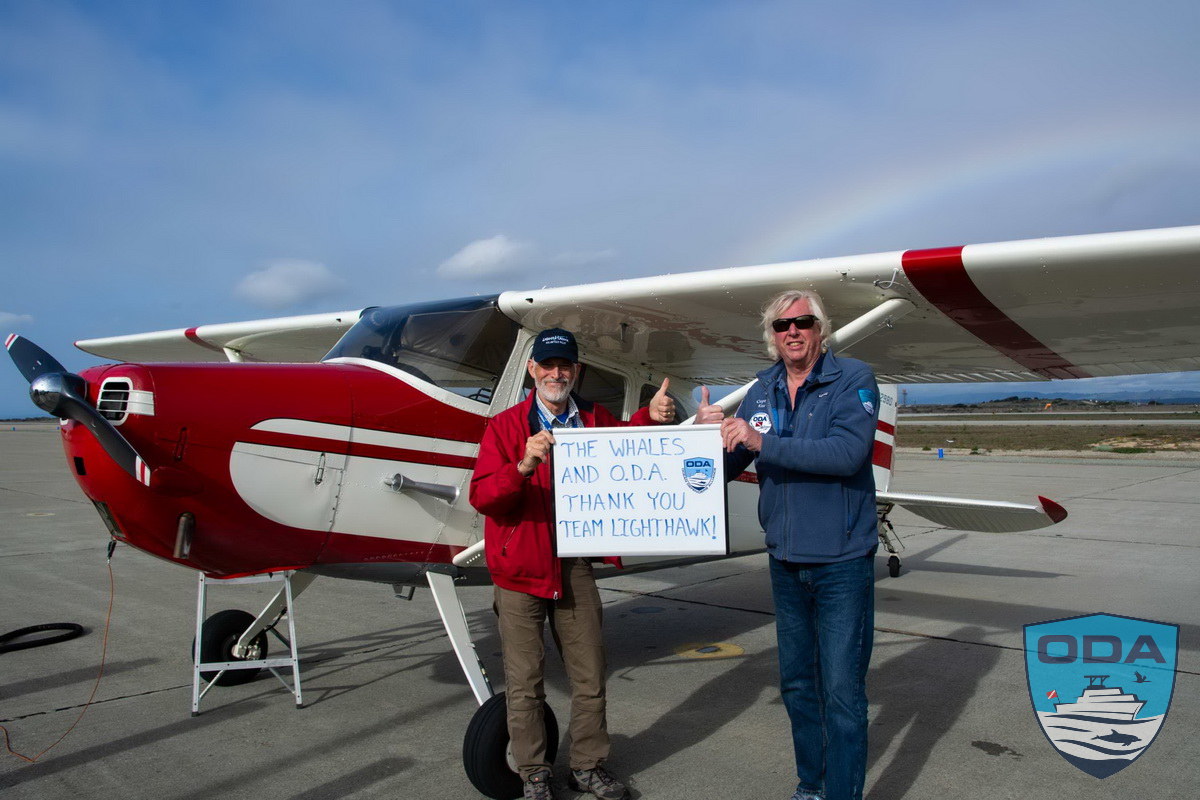 We were soon heading up the coast, going from Monterey to Bodega Bay.  Bodega Bay is the major area where the Dungeness crab fishermen set their traps.

We flew at about 700 feet above the water, looking for traps all along the way.  We passed Half Moon Bay where I’ve seen traps set in the past, but this time there were only a few.  As we kept about a half mile away from the shoreline, we were treated to some spectacular views of the wild California coast.  We even got to see some waterfalls spilling into the ocean! 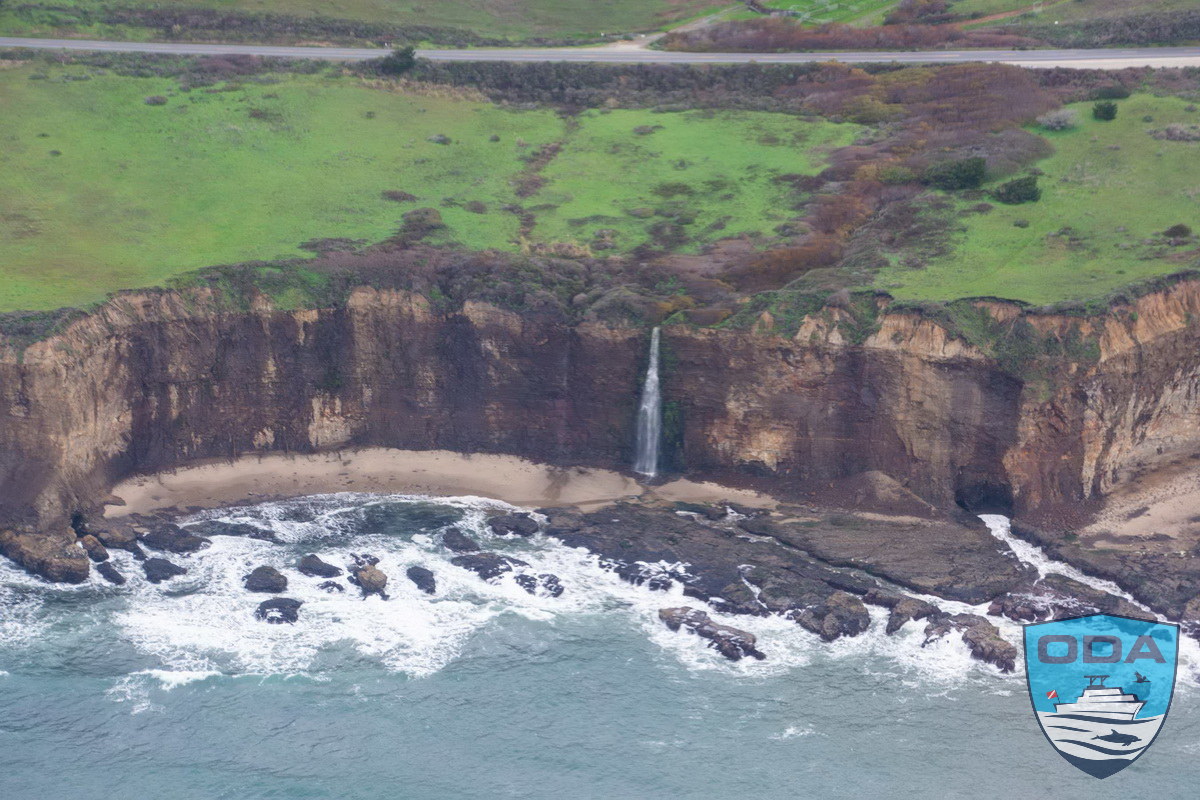 As we passed the Golden Gate Bridge, we saw the lighthouse with an archway I had never seen before. 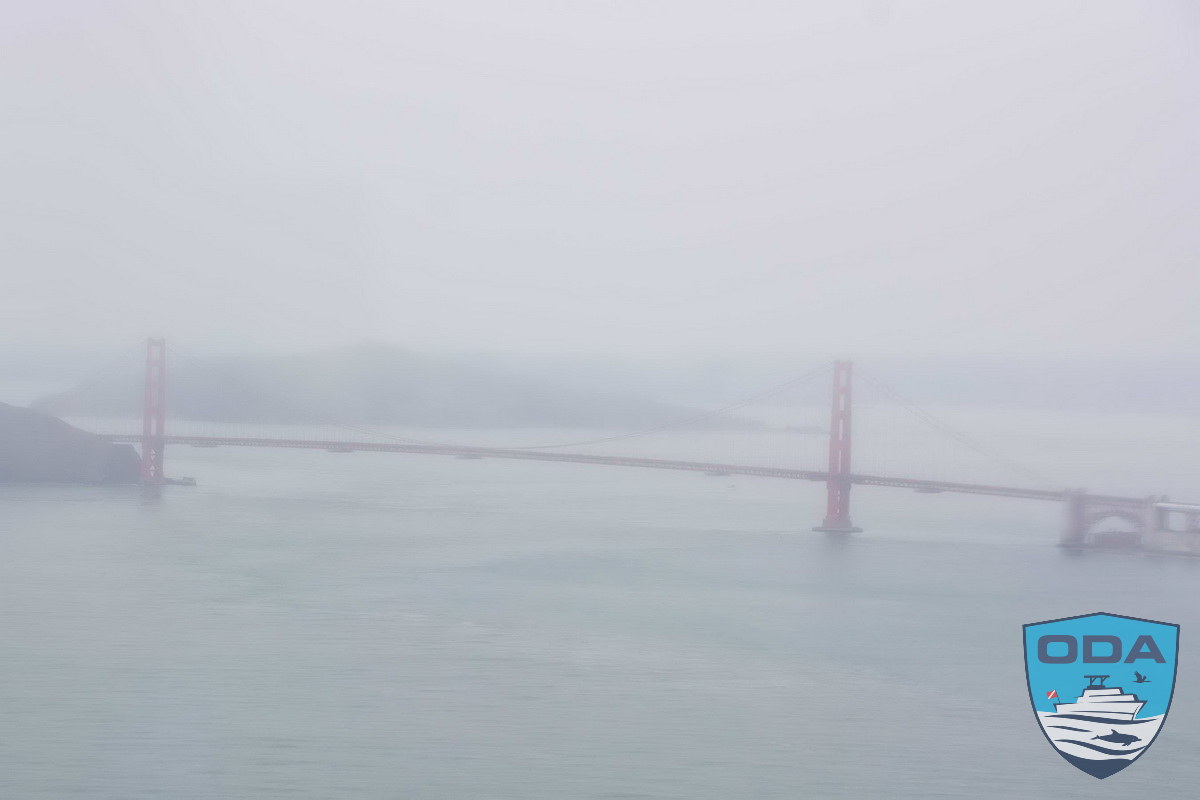 Then we got to a huge, protected area called Point Reyes.  Next up was Drakes Bay.

Drakes is where I had seen what must have been one thousand traps set in years past, and sure enough there were at least a thousand there this time.  It’s impossible to get any good pictures to show you this as the fishermen set the traps 400 feet apart.  But some of these sets had over 100 traps set in a straight line.  Each one 400 feet apart.

The Bay was roughly 10 miles across and there were traps everywhere.

We circled one spot a few times trying to get some good shots, from 500 feet up, but I just couldn’t get many in the camera frame at the same time.  You can see here on this map the area we circled. 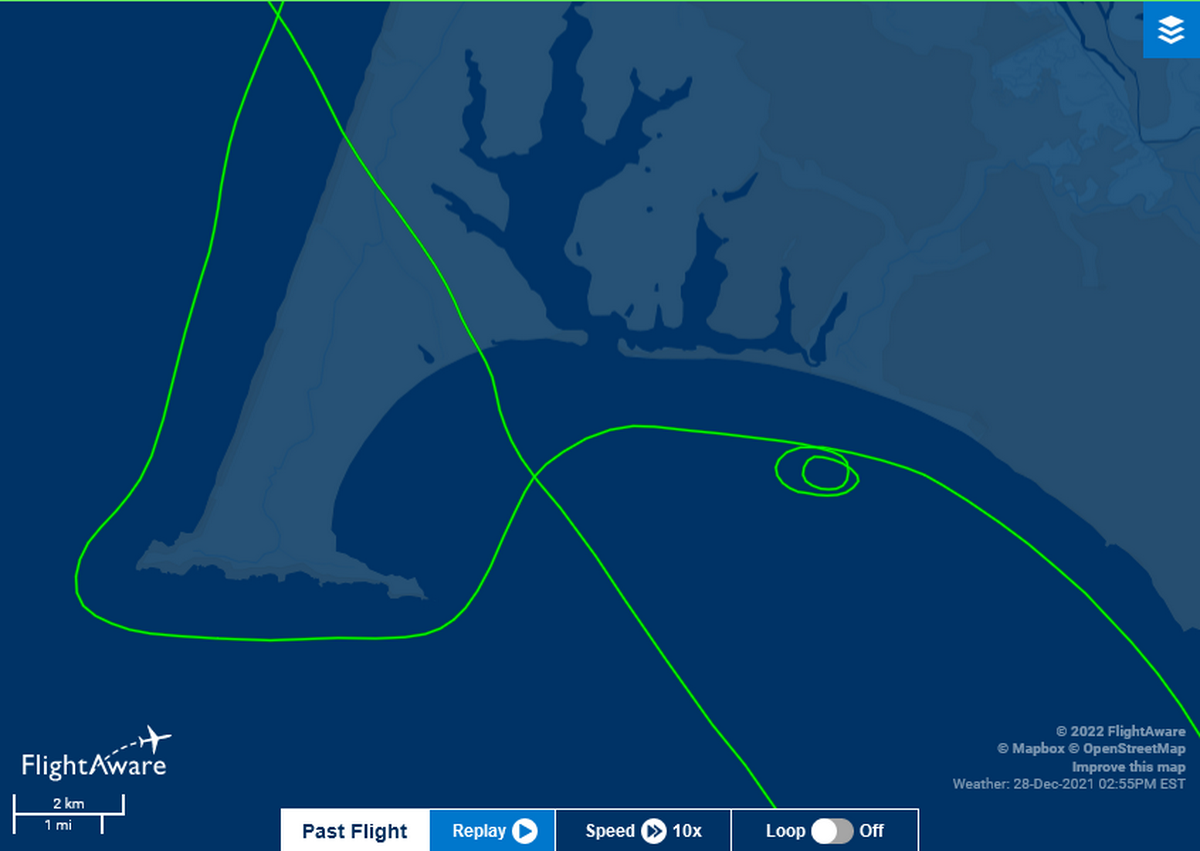 Next, we flew past a lighthouse on the north end of Drakes Bay and kept heading north towards Bodega Bay.  More gorgeous shoreline all along the way.  And we did see several whale spouts on our way. 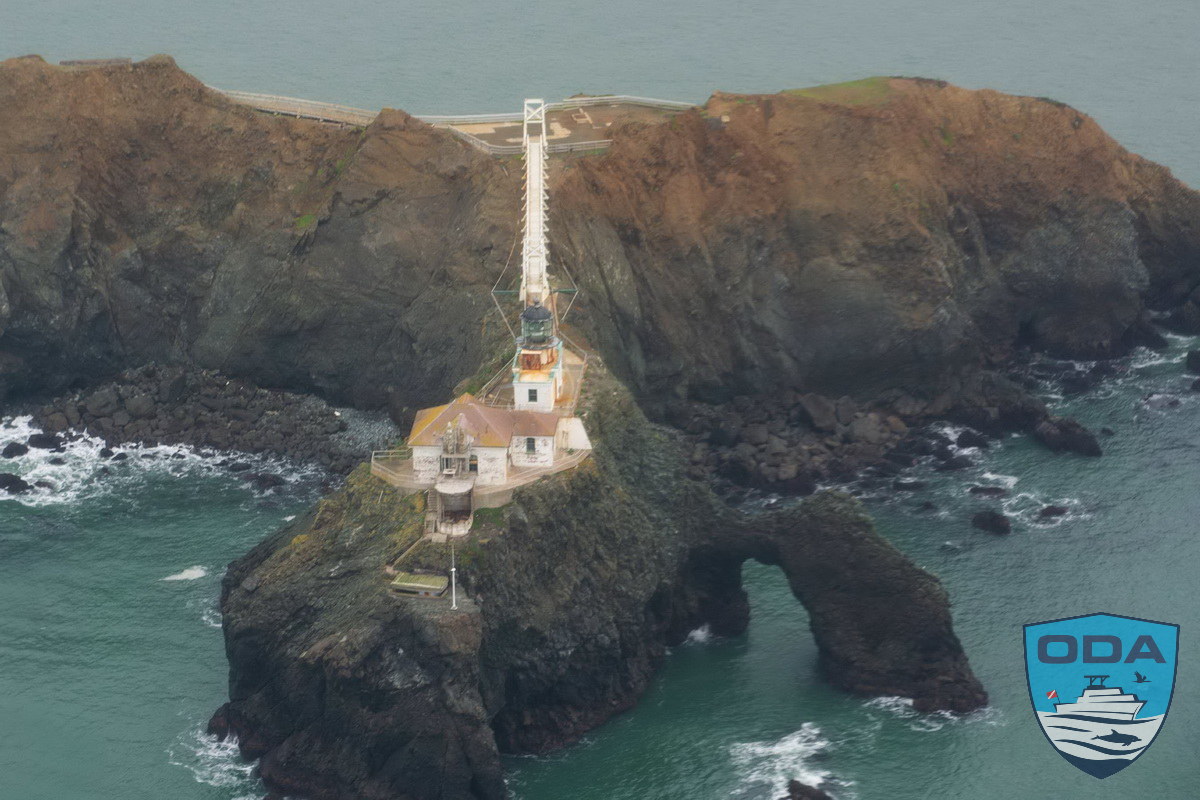 When we got to Bodega Bay, we saw hundreds of traps there as well, and then decided to head back.  We got what we came for: locations of the traps as well as some good info on how many were out there.

Our ultimate goal with this information is to get the fishermen to switch to what is called “ropeless gear.”  This gear does NOT have a vertical line that hangs in the water 24 hours a day, like is currently done.  There is a float device attached to the trap that gets inflated when the fisherman sends a signal down to the trap to inflate, or there is a timer on the trap that inflates at a specifically set time. 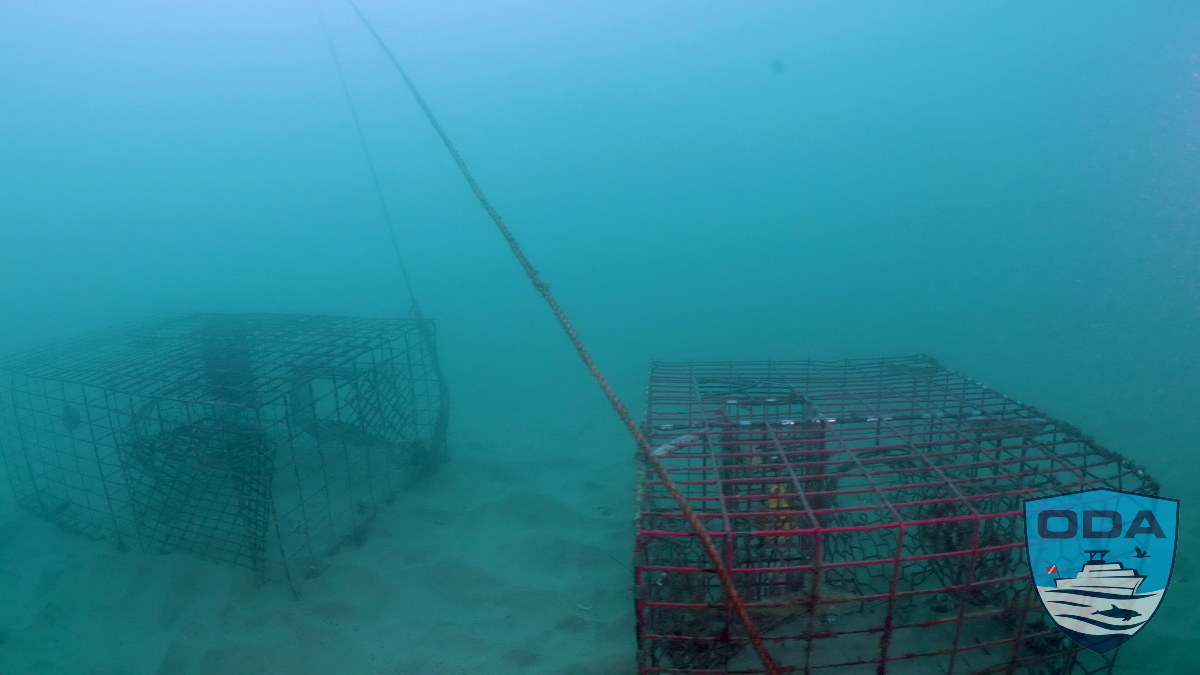 This is a traditional trap with vertically floating line.

This gear will have a huge positive impact on preventing whales from becoming entangled.

I want to thank every one of you who made a donation to ODA in 2021 It’s only because of your generosity that we are able to afford all the repairs being done to the boat so we can get back out on the seas doing what we do best: removing deadly marine debris to protect ocean wildlife and their habitats.

Also, many thanks to Lighthawk and Gerry Glasser for the eye-opening and informative flight.

Stay tuned: We’ll be back on the water and in action soon! We have lots of plans for 2022. Will share more with you in the coming days.

If you want to learn more about our Trap Trackers project, please check out this article.