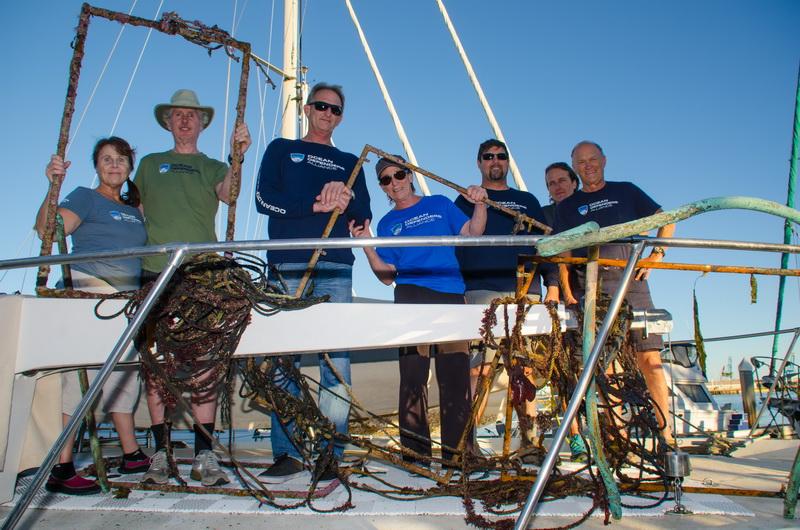 The "Alliance" part of our name means that our work is accomplished due to the input of people from many sectors. In fact, we are in touch with an unlikely ally -commercial lobster fishermen!

One of these fishermen recently told us about a particular site where he has lost traps over the years and recommended that we check it out.

This is an area where dozens of lobster traps are set, but it is also an area that is frequented by the large container vessels.  Those big ships cannot avoid the buoys that mark the traps and when they run over them the lines that are attached to the trap can be severed.  With the line cut, the fisherman who originally set the trap has no way to locate his or her trap and now we have "ghost gear."

The day of our outing started out bright and sunny, and we had great visibility on this 22nd day of November.  It was so clear that it made it the water look so still; like you could walk on it to Catalina Island.  And because the seas were absolutely flat, we knew it could be a great day to see whales if they were in the area.  We did get treated to a few sightings of whales that were making their migration down to Mexico.  It sends a jolt of electricity through everyone onboard whenever we get to see one of these magnificent animals that we work so hard to keep out of harm's way!

Steve Millington led the dive team, and we were treated to have Janet Pinterits come out with us for her first time.  She, like Steve, is a dive instructor.  Complimenting those two were Bill Kibbitts and Jeff Larson. 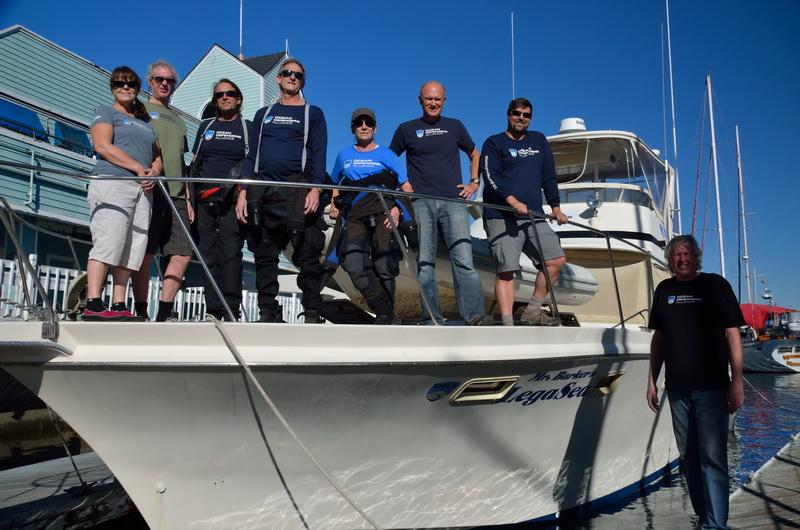 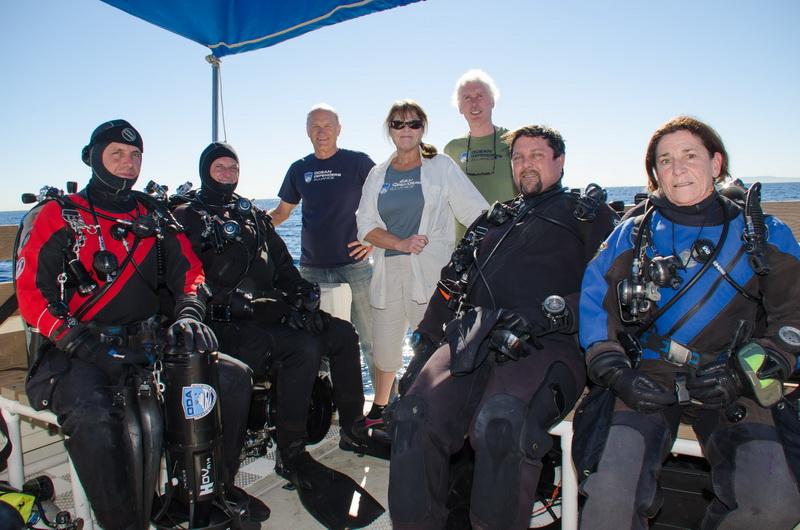 Because the search area was so large, all four divers used underwater scooters to scour the area.  Even though the water visibility was excellent near the surface, about 40 feet down, as soon as they got close to the bottom it was more like dive feet.

Dang, it sure makes it hard to locate your dive partner, let alone any manmade debris! 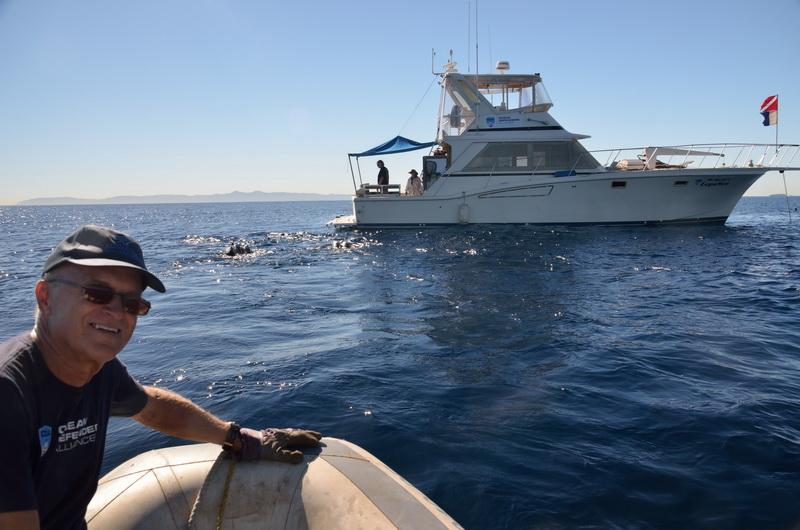 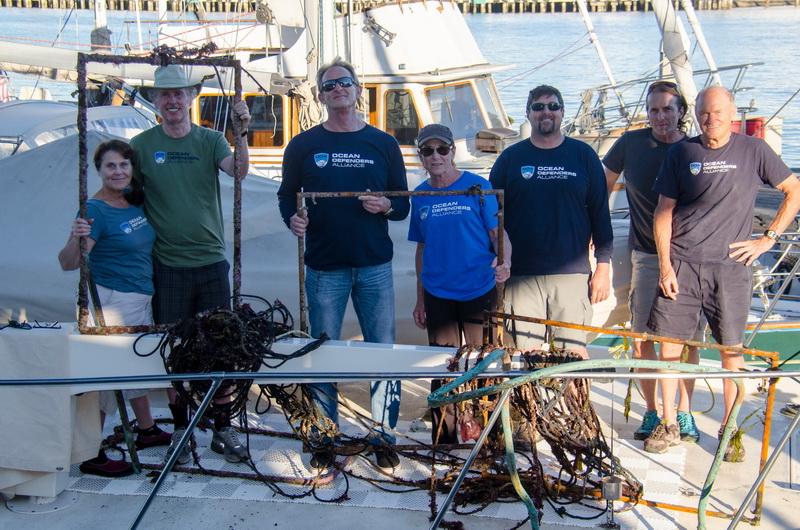 But perseverance pays off, and after two dives we removed about 300 pounds of trap debris and 400 feet of trap lines.  This is exactly the kind of debris that so many whales have been getting entangled in.  MISSION ACCOMPLISHED HERE! :)

We pause only as long as it takes to say those words and then we regroup and make plans to go remove more debris! With your help we can get it done. We'd love to have your support. Happy New Year!

Check out the pics below by clicking to enlarge!