Lost Fishing Gear Continues to Collect and ODA-HI Removes It

Often, it’s the ocean that tells us where we get to clean up.

Dropping the ODA volunteer dive crew off close to the rock wall of Spitting Caves can be a challenging task for the captain of Island Divers Hawaii’s vessel Sea Fox. 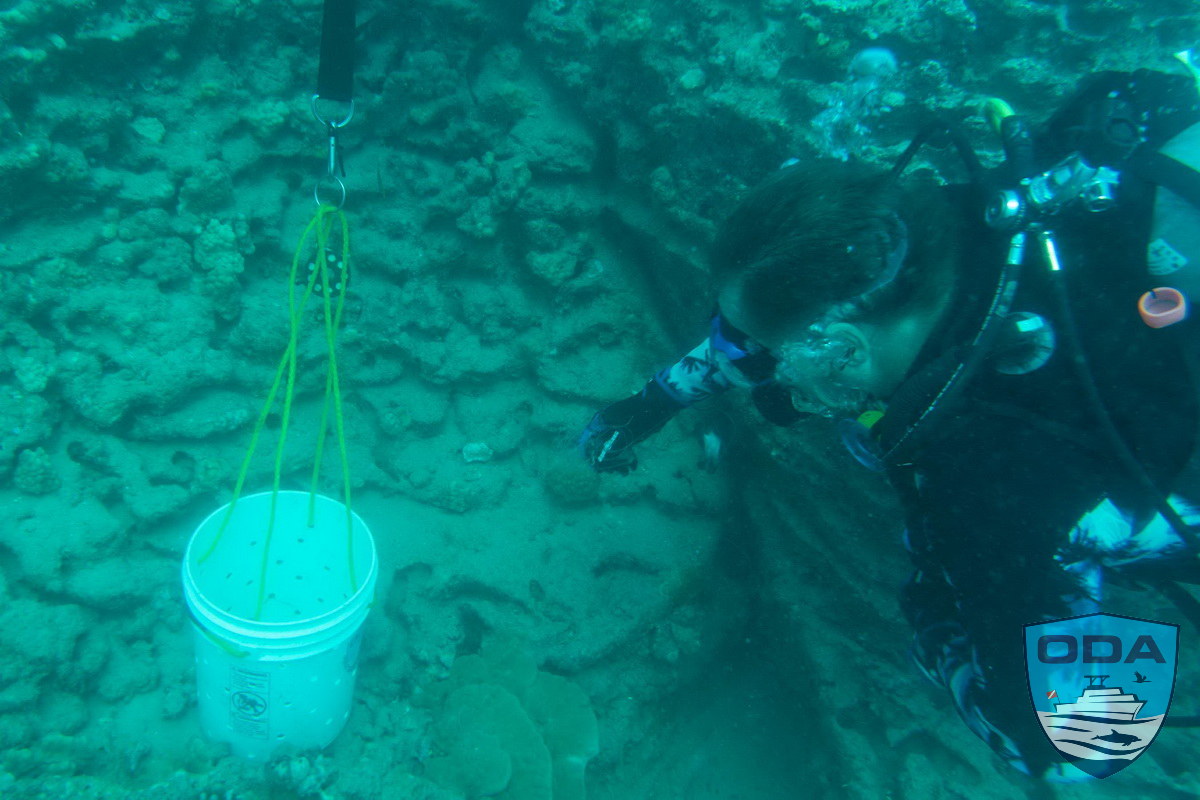 On Sunday, February 13th the ocean and Captain Matt Negaard sent us to Spitting Caves. 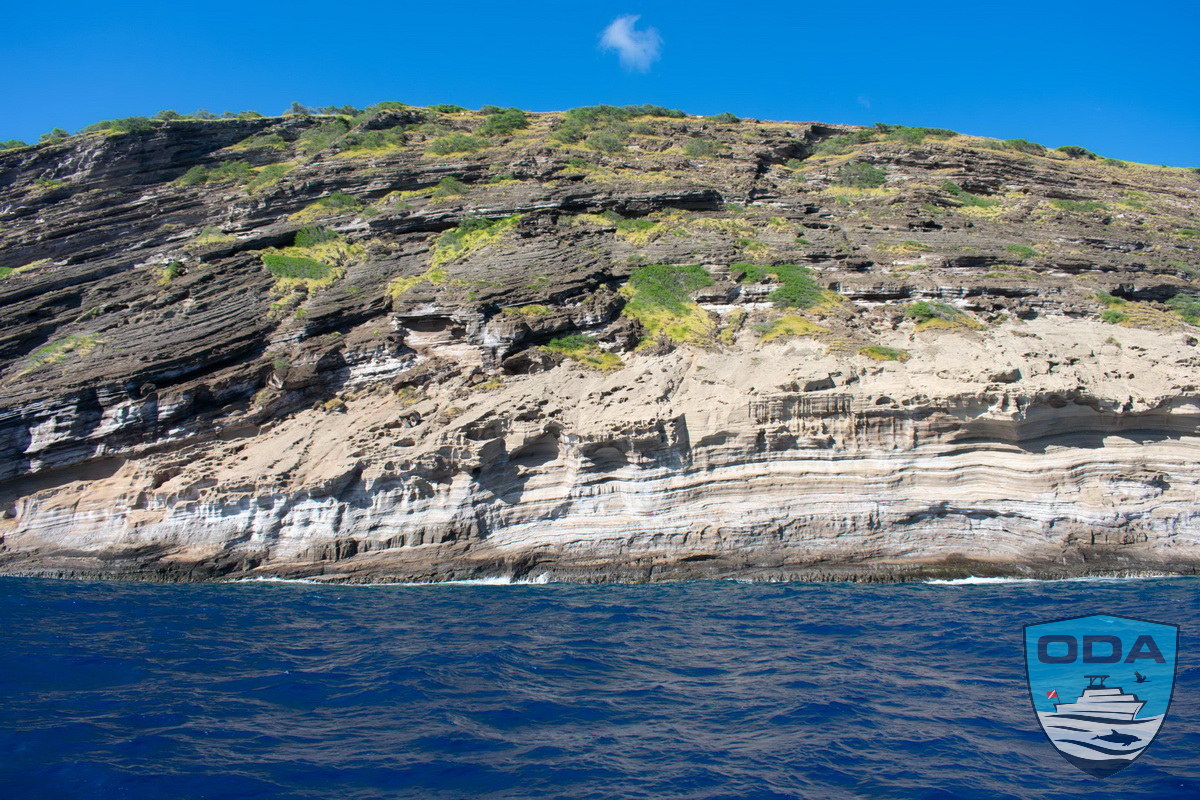 We hadn’t been to Spitting Caves for three or four months, and it had been looking pretty good, so we were interested to see how it was doing.  Fortunately, there was not a huge amount of lost fishing line. Don’t get me wrong, there was still a lot of line, especially, toxic lead weights, but not as much as in the past and that’s a good thing! 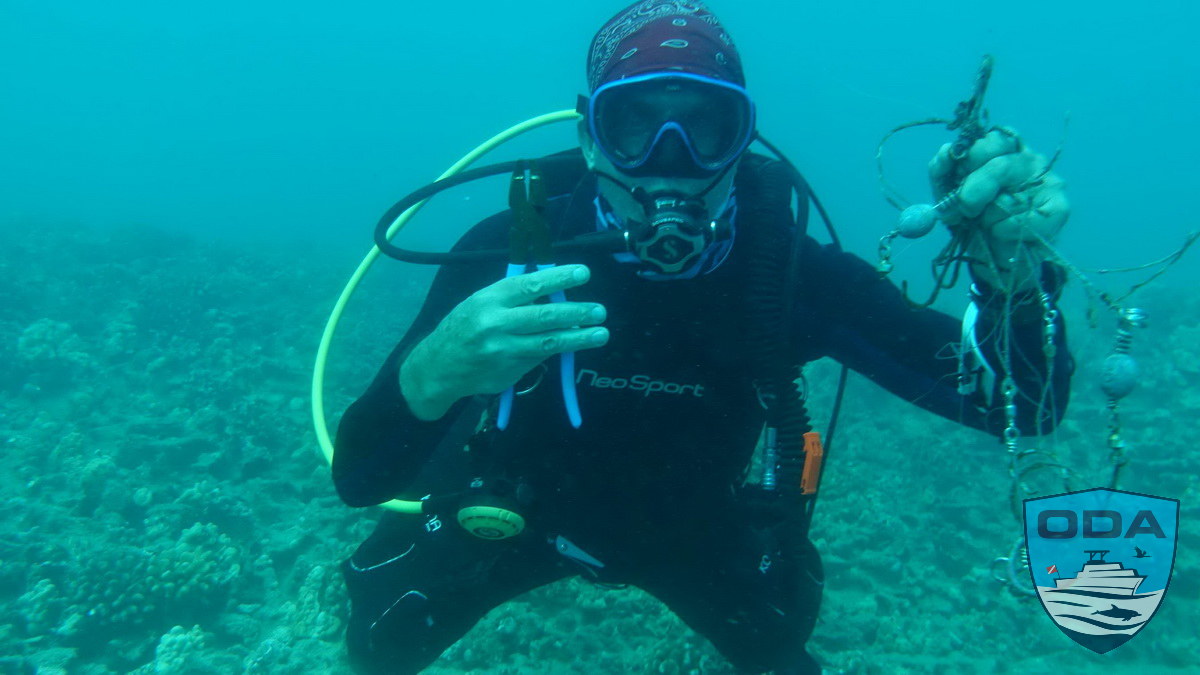 As we were dropping down, we realized the visibility was not the best but good enough for what we needed to. 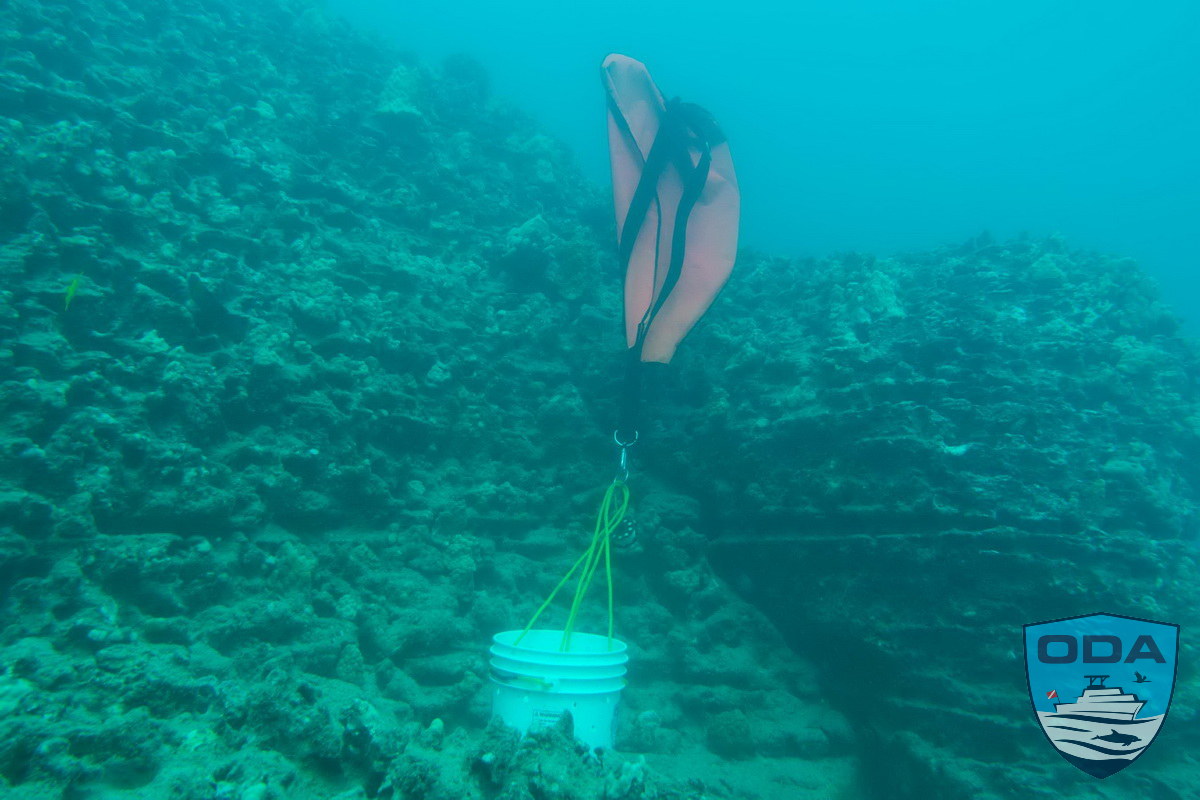 Two buckets with lift bags were planted as well as Ed Sisino’s “torpedo.”

I watched as one of our divers immediately started wrapping up a line that was spread across the reef!

The other divers were scattered about carefully picking and pulling line from coral heads. 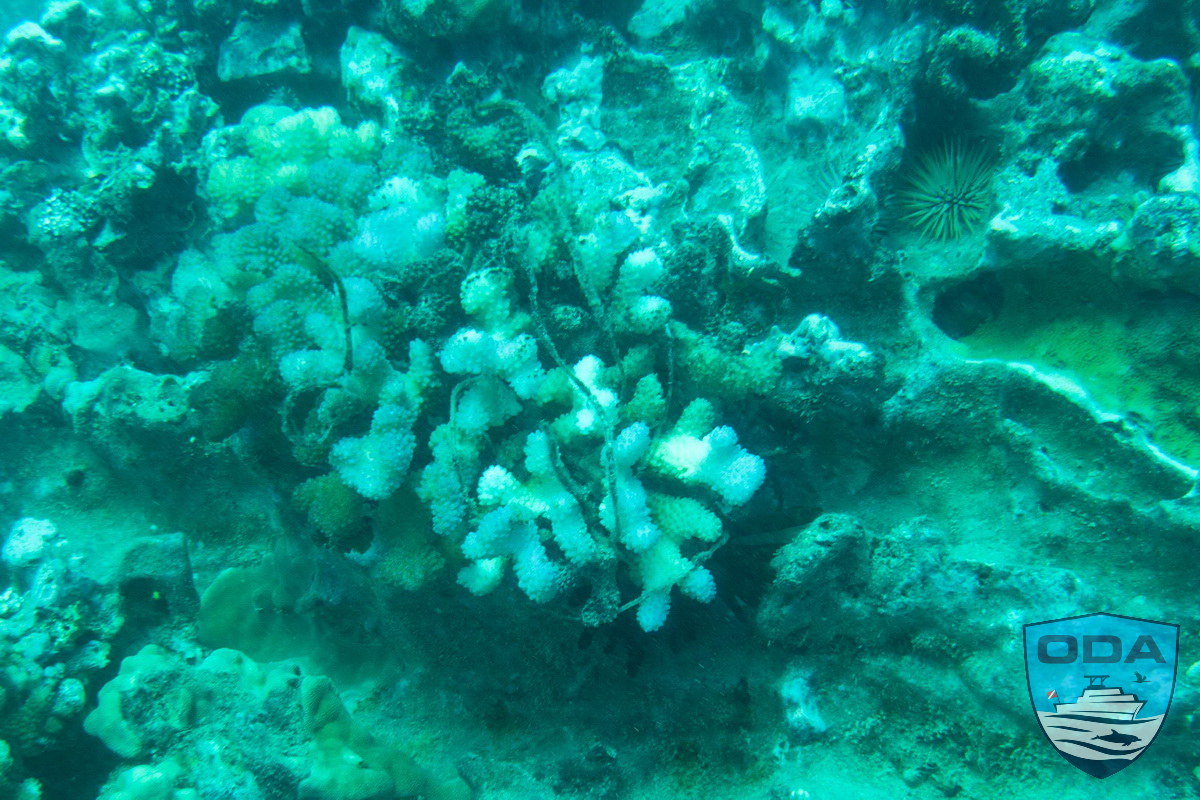 All in all, we gathered over 1,500 feet of line, 40 pounds of weight, an assortment of lures, and many, many hooks including chandelier hooks. 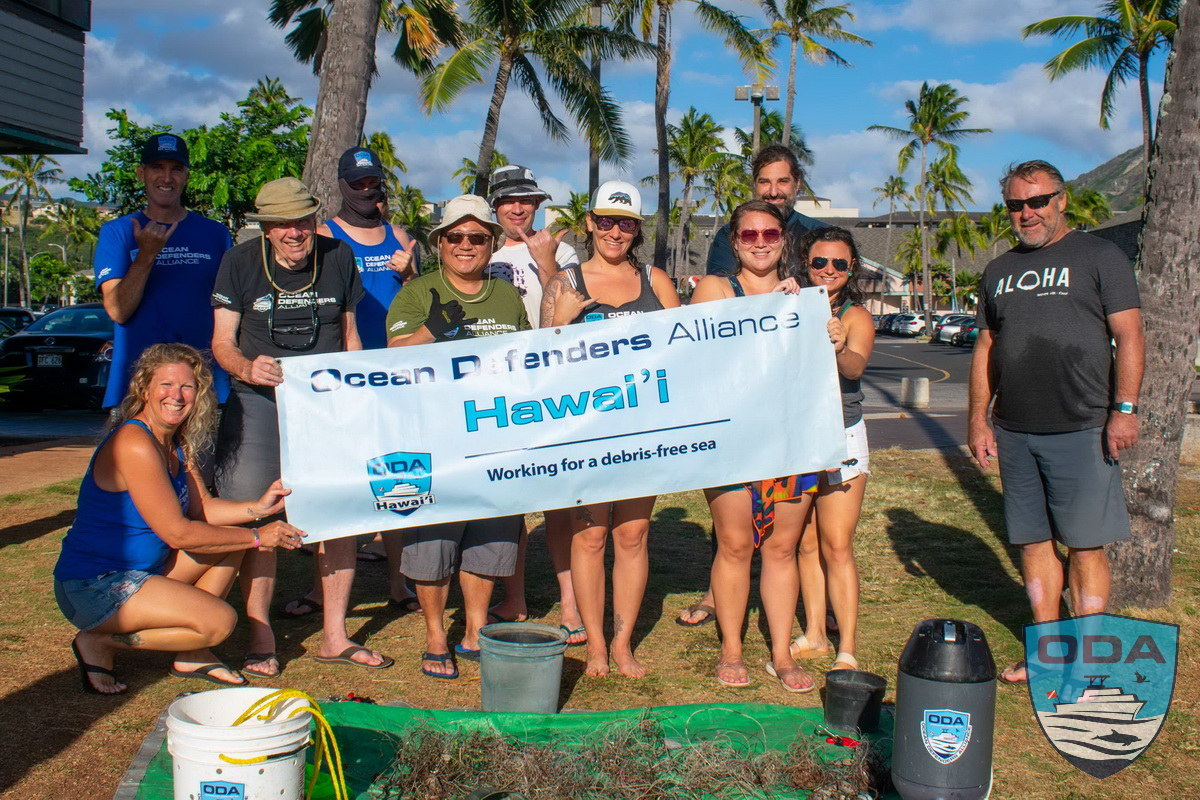 The dive was a successful and I’m sure we have saved a turtle, monk seal, or eel from entanglement.

Check out our last outing to the area near Spitting Caves...