We have been out on the water for 4 of the last 5 weekends on our tuned-up flagship Mr. Barker's LegaSea.

I am so thankful that the oceans have such great and loyal defenders. Sunday, December 6th, found us heading out with a boat full of divers and deck crew.  The dive team consisted of Kim Cardenas, Jeff Larson, Bill Maley (dive safety officer), Walter Marti (UW videographer) and Steve Millington (dive instructor).  On deck were Lisa Davis, Jim Lieber, Brooke LaDouceur and I. 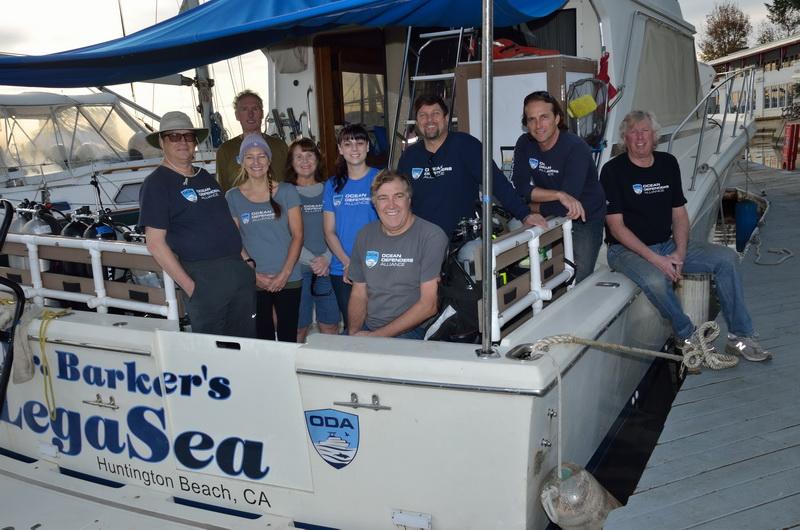 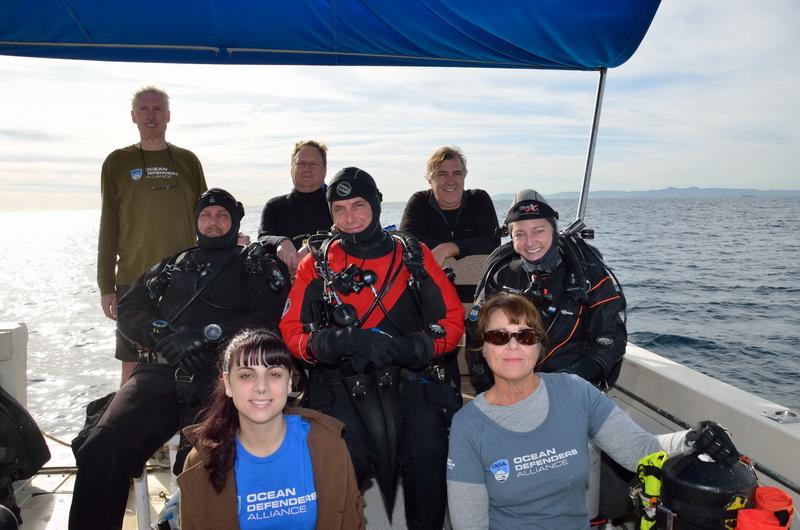 The seas were amazingly flat, for this time of year, and we glided on water that was so calm it would have been perfect for water skiing.

The first site we went to was a place that a commercial lobster fisherman (Brian Slavko) suggested we check out because it is known that the fishermen lose a lot of gear there due to boats running over the trap lines.  The site was in 100 feet of water, and even though the water visibility (40+ feet) was great down to the 70-foot mark, it became murky the deeper they went. The visability was reduced to about five feet.  Not very conducive to finding abandoned traps…

After about 40 minutes spent looking for debris, the divers came back to the boat empty handed.  We then decided to take a look at another area that Brian had suggested, which was about two miles away from our first dive.  As we motored to the site, Walter said that he had been diving there before and the area has lots of high relief rocky reef, meaning big rocks and ridges. This is a prime area for lobsters to hide in, and thus, a prime location to search for abandoned lobster traps.

As the divers jumped in the water, we could see several dozen trap marker buoys at the surface, so we knew this was an area that was being actively fished.

The seas were so flat that even though the divers were 65 feet down, we could tell where they were because we could see their bubbles rising to the surface.  They seemed to be staying in one area, which usually indicates that they are working on something down there.  A good sign.

Sure enough, after about 20 minutes four lift bags broke the surface.  Jim and Brooke jumped in the RIB and headed over to see what was attached to the bags.  They radioed back to me that it was a big net!

Soon three more bags broke the surface and the divers were heading back to the boat.

Jim and Brooke hauled all the netting into the RIB and headed back to the LegaSea with big smiles on their faces. 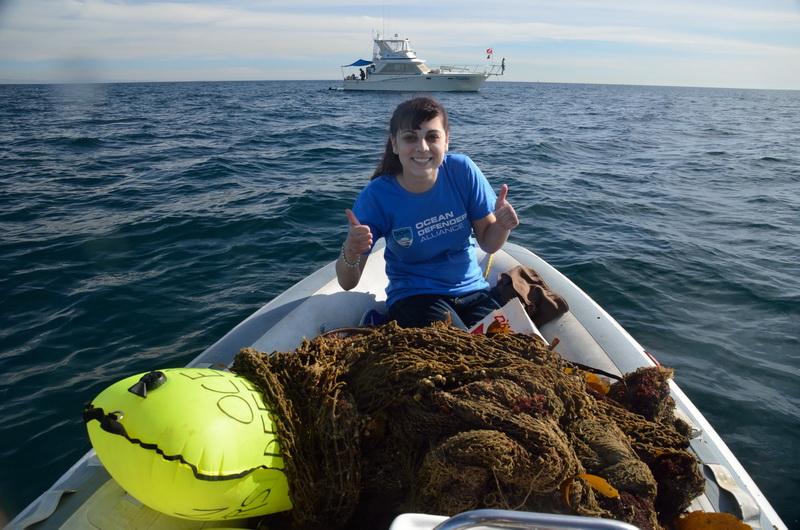 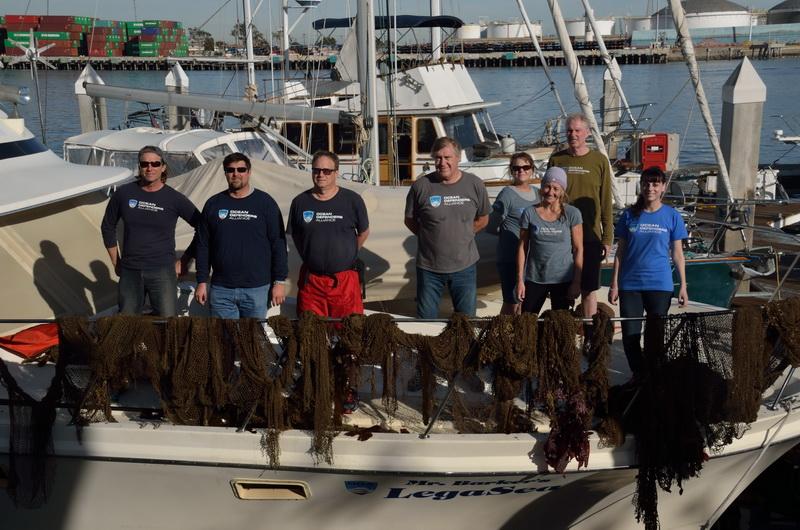 As we motored back to our slip in San Pedro, everyone was ecstatic about bringing up another net that will no longer be doing any more damage to or killing our precious marine wildlife. 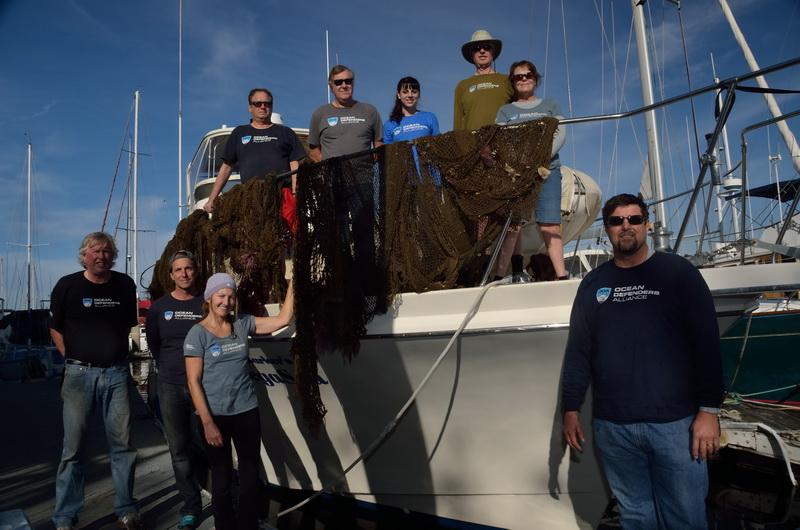 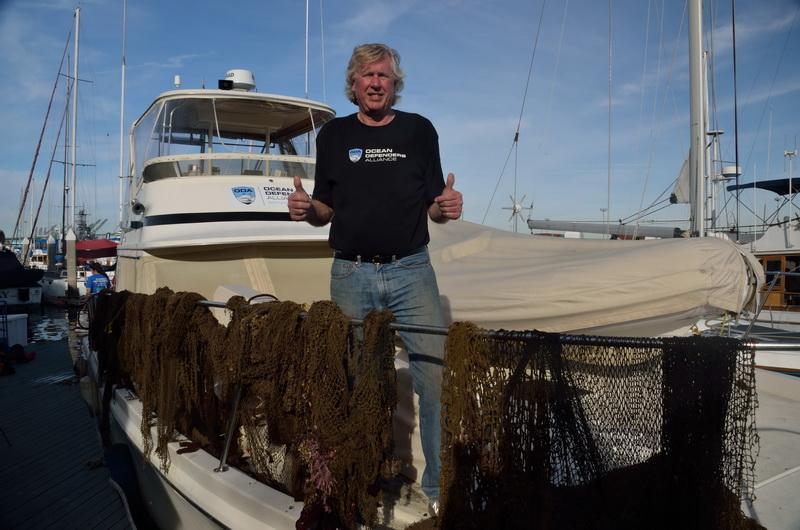 Thanks to our dedicated volunteers and supporters, we will continue doing more recovery projects until the winter storms start kicking in.  Till then, it's onward AND downward!

Your part in this Alliance is vital! Thank you for your support.