Marine Wildlife Affected by the Health of Coral in Oahu

See photo gallery below for lots of great pics!!

Aloha, all you ocean lovers. I’d like to share with you the events of our September 10th marine debris cleanup outing in Oahu, Hawai’i. Apologies for the late report, but the efforts of the crew are commendable and I want you to know all about them!

We had a nice turnout of divers for our monthly underwater cleanup with Island Divers Hawai’i. As always, the effervescent Mary Christensen organized the entire dive team. She and her husband, Dave, led a group of 13 divers to a site we’ve been working on for months now called China Walls. 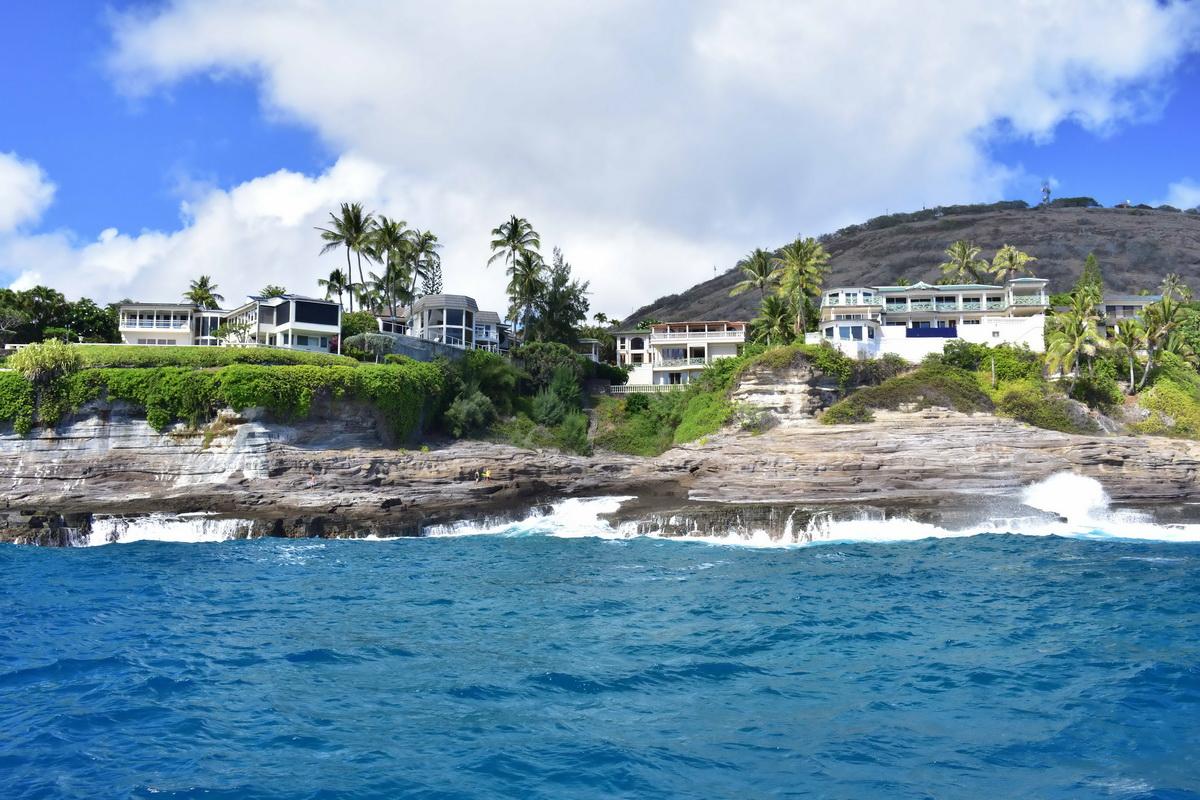 This is an area that has sheer cliffs that plunge deep into the ocean. Because of its close proximity to land, recreational fishermen cast their lines from shore out to the reefs. Inevitably those lines and lead weights become hooked on the corals, and then they cut their lines when they can’t retrieve them. The water movement further wraps and entwines the lines on coral which leaves the coral with broken and degraded branches and polyps.

We care about the health of the ocean floor environment because all kinds of species live on or near the ocean floor of this area including but not limited to crabs, octopus, lobster, urchins, eels, and shrimp. 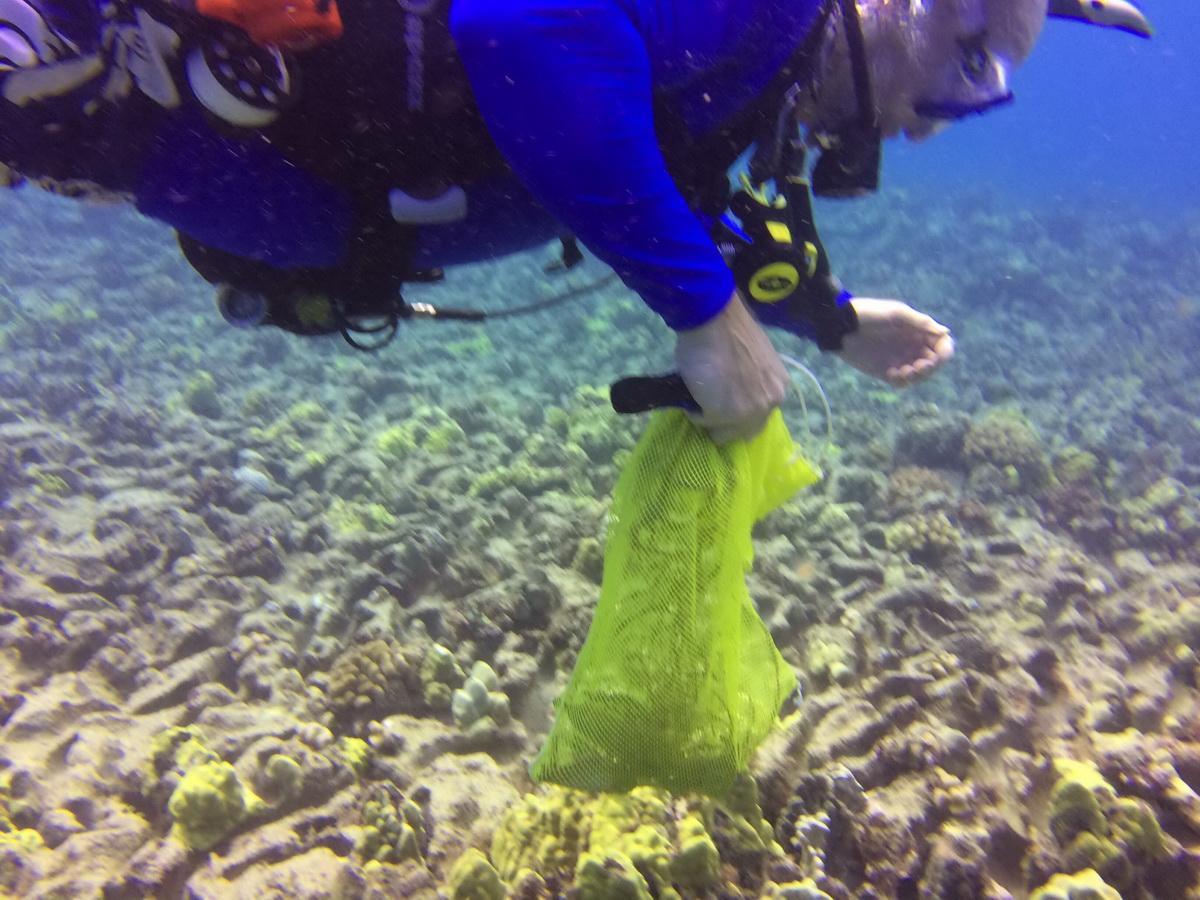 “Benthos” is the community of organisms that live on, in, or near the seabed, also known as the benthic zone. Benthos vary in sizes, like the micro- (think bacteria) to the meio- (such as crustaceans) to the macro-benthos which includes coral.

Coral is a vital part of the animals’ habitat. They may need it for shelter or food, or both. Because we love the ocean and marine wildlife, we're commited to defending their habitat!

Volunteers Who Care About the Benthic Zone

Some of the divers who came to do good were: Westley Bagsby, AJ Jaeger, Molly Harings, James Knight, and Geri Terlouw. There were others as well, but as of this writing I don’t have their names…We thank you all and look forward to adding your names as soon as possible to recognize your great work and efforts. 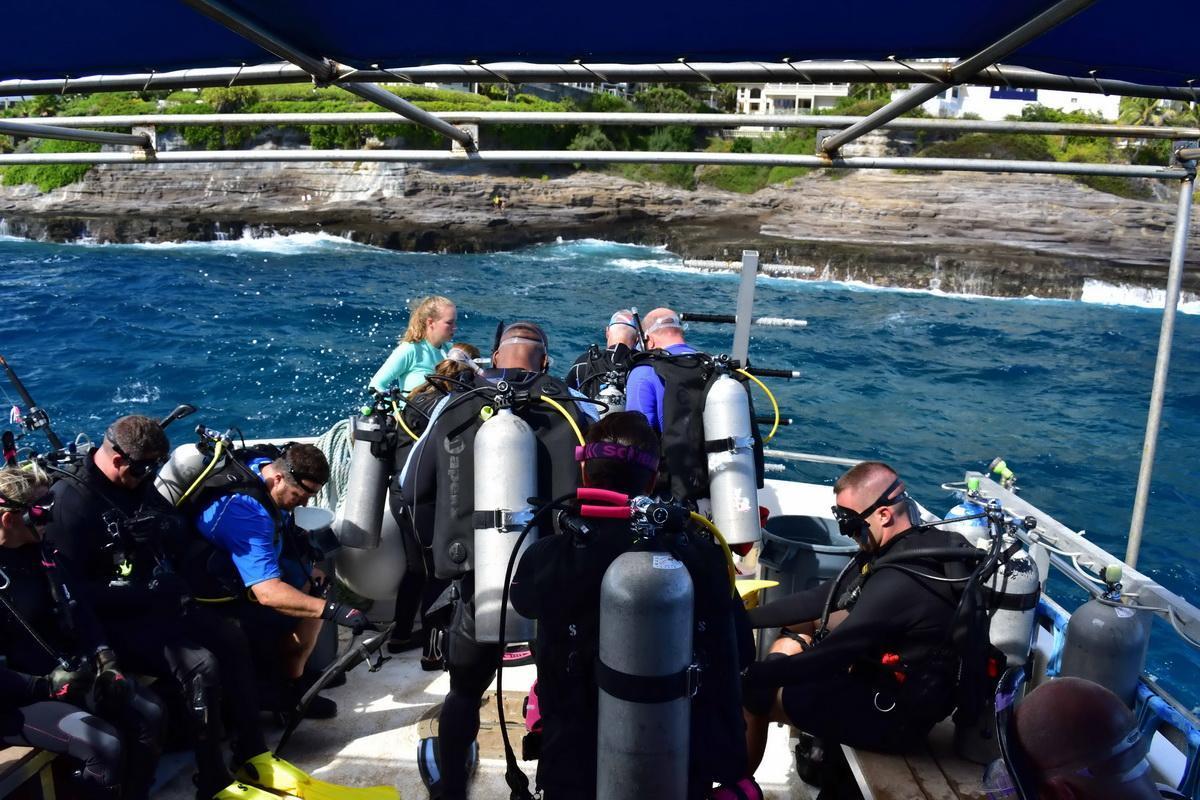 AJ took all the topside pictures, and did a fantastic job as always. Westley did the oceans a huge service by documenting the underwater scene. We need these images for people to see what’s “out of sight” so that it won’t remain “out of mind.” Thanks to you both for showing us all the day’s activities! This is Westley pictured below. :) 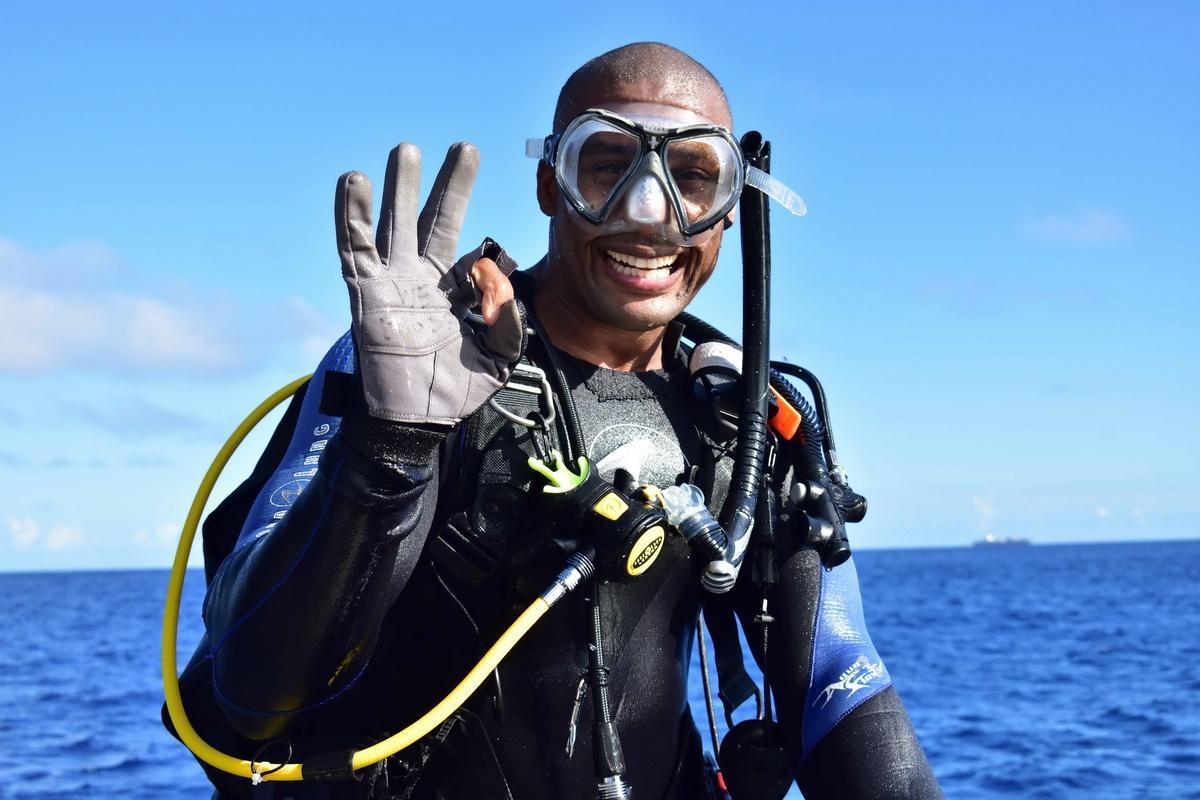 Conditions were ideal on the water as well as under the waterline, although dark clouds were on the horizon. Underwater vis was nice at 50-70 feet. Sweet!

As the divers descended to the bottom at 55 feet, they could see lots of abandoned fishing lines wrapped all around any coral head or rock that had the misfortune of being on the receiving end of a monofilament line. 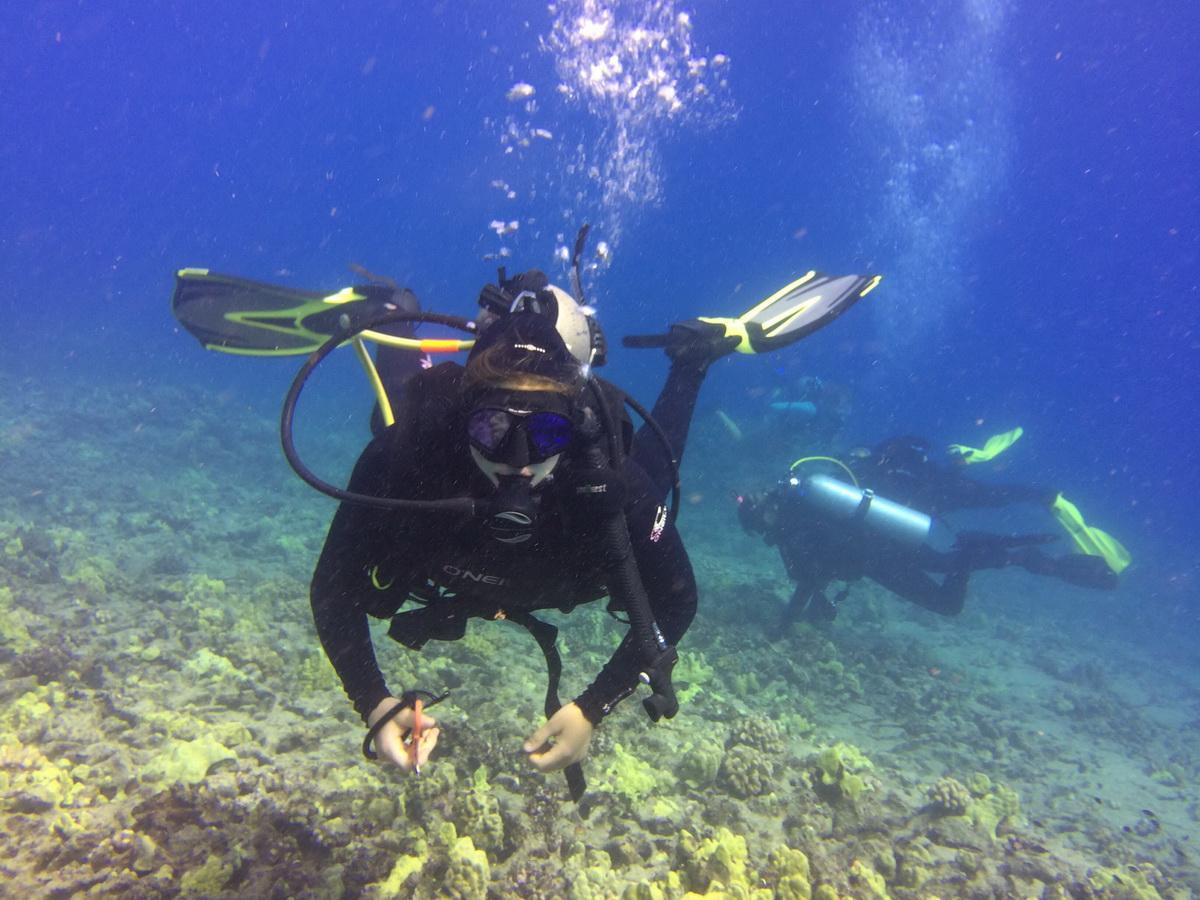 After a 50-minute dive the entire team ascended at the same time and climbed back aboard the boat. One unlucky lady got stung by a jellyfish at the surface, and the boat crew immediately poured vinegar on the wound to lessen the pain.

As they motored back to the harbor, those black clouds dumped their watery contents on our freshly dried out divers. Welcome to the tropics!! 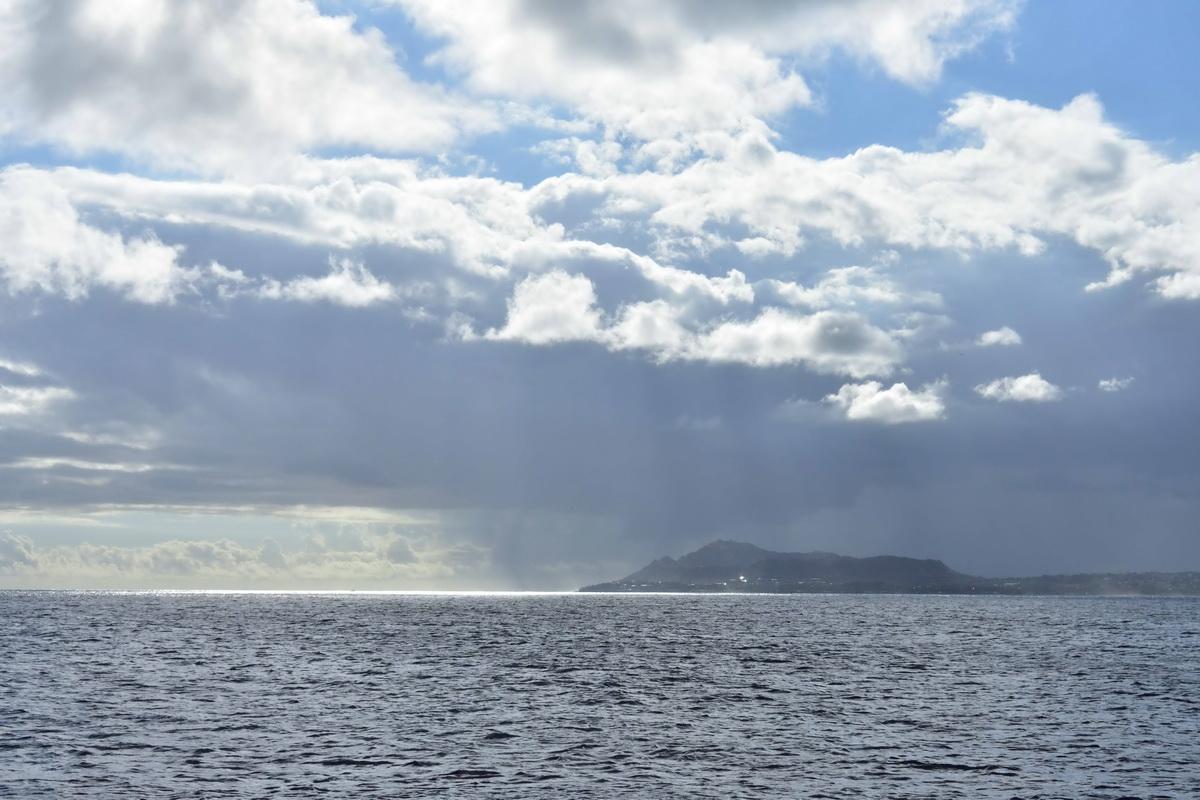 Thanks to everyone who pitched in to help with this effort. Our team removed what looks like over 1,000 feet of line, dozens of lead weights, and some plastic lures to boot. Oh yeah, and spark plugs...Ugh. 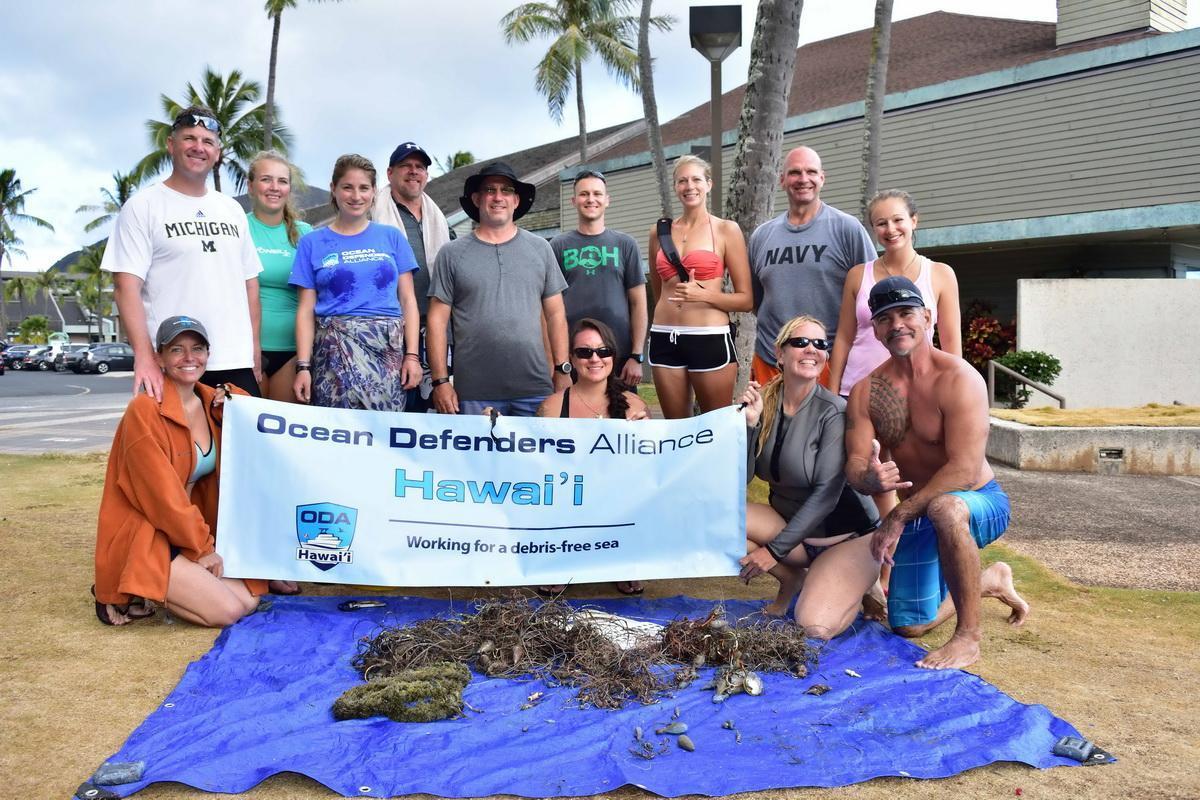