I’d like to share a short bit about our background and then bring you up to speed! Ocean Defenders Alliance (ODA) was founded in 2000 and incorporated as a 501(c)(3) in 2002 in California. ODA has been very busy removing man-made debris – such as abandoned fishing gear and all kinds of plastic and trash – polluting the coastal waters of California, from Ventura County to San Diego County!

That said, we know that wherever fishing occurs, there’s a need for the specialized marine-debris-removal work of ODA.

A Little Background About ODA & Hawai’i

We were well aware of huge ocean debris problems in the waters around the beautiful Hawaiian Islands, so in 2016, ODA launched ODA-Hawai’i (ODA-HI) to tackle this problem. We first connected with Captain Mash Hatae and went on our first outing in September. We continued making connections with other people who love the oceans and in March of 2017, we partnered with Island Divers Hawai’i. 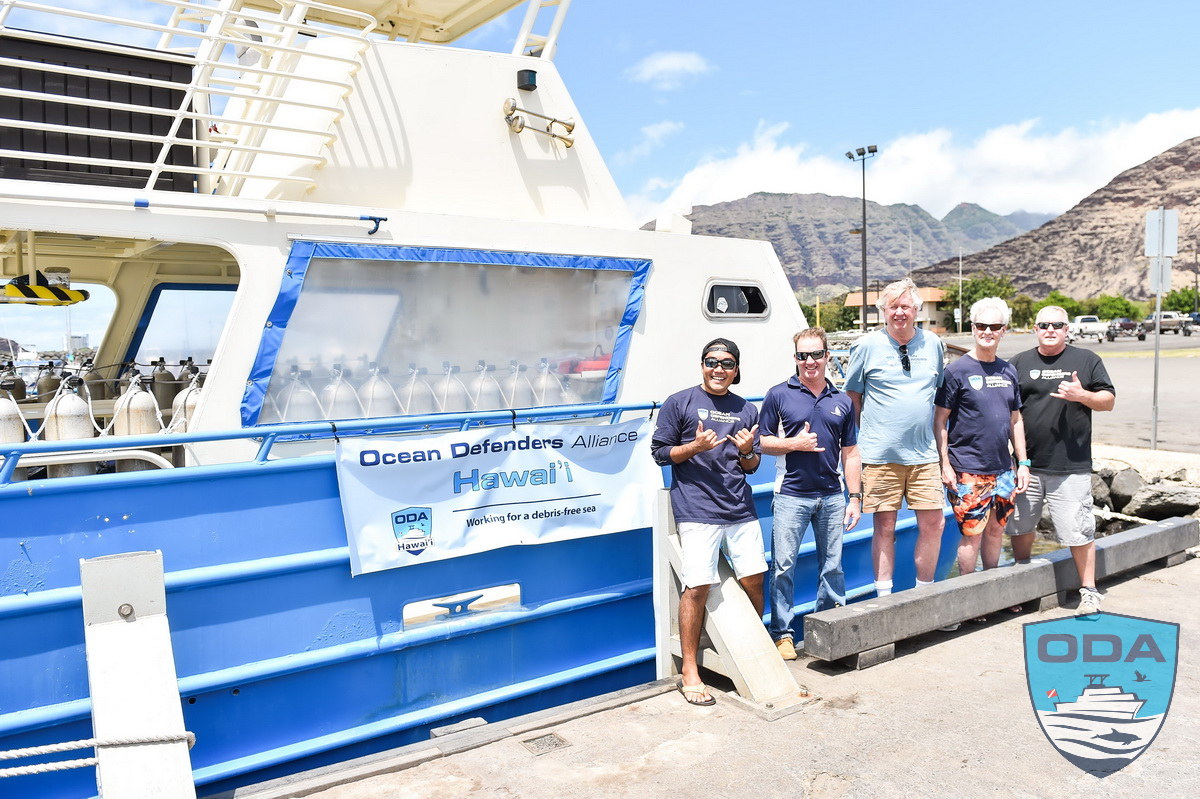 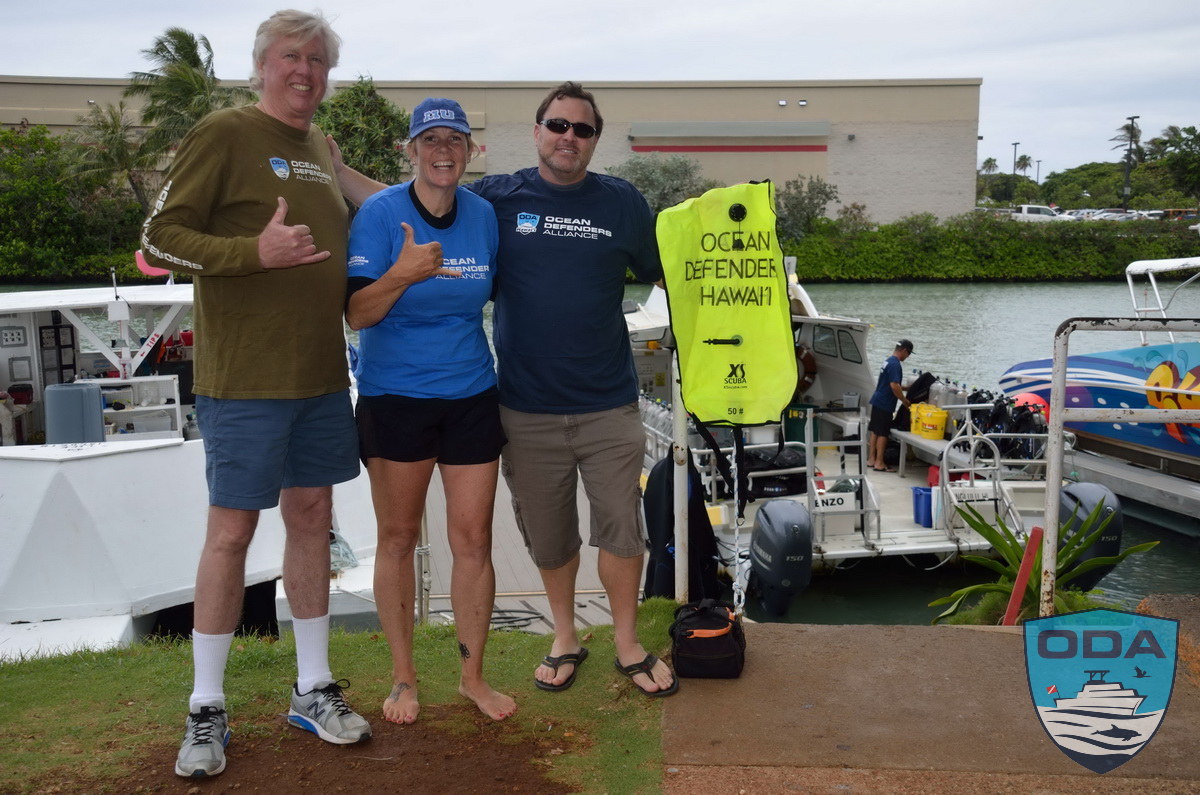 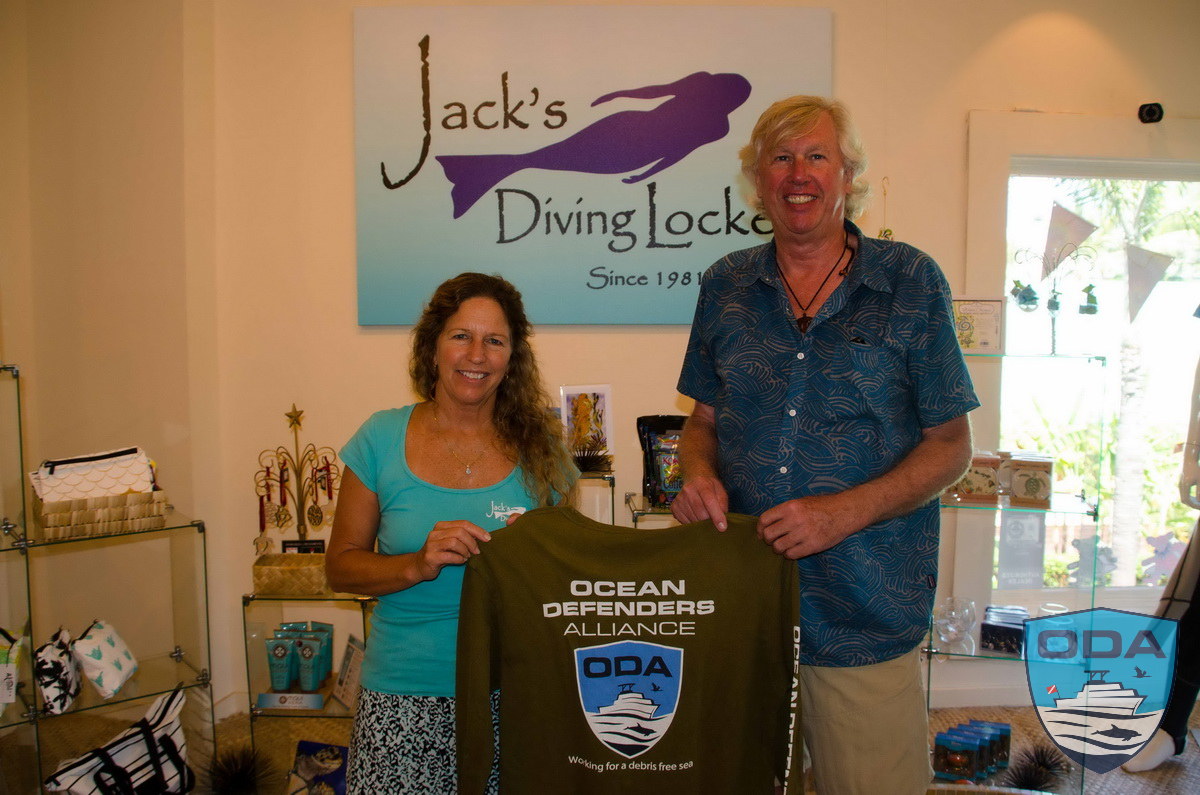 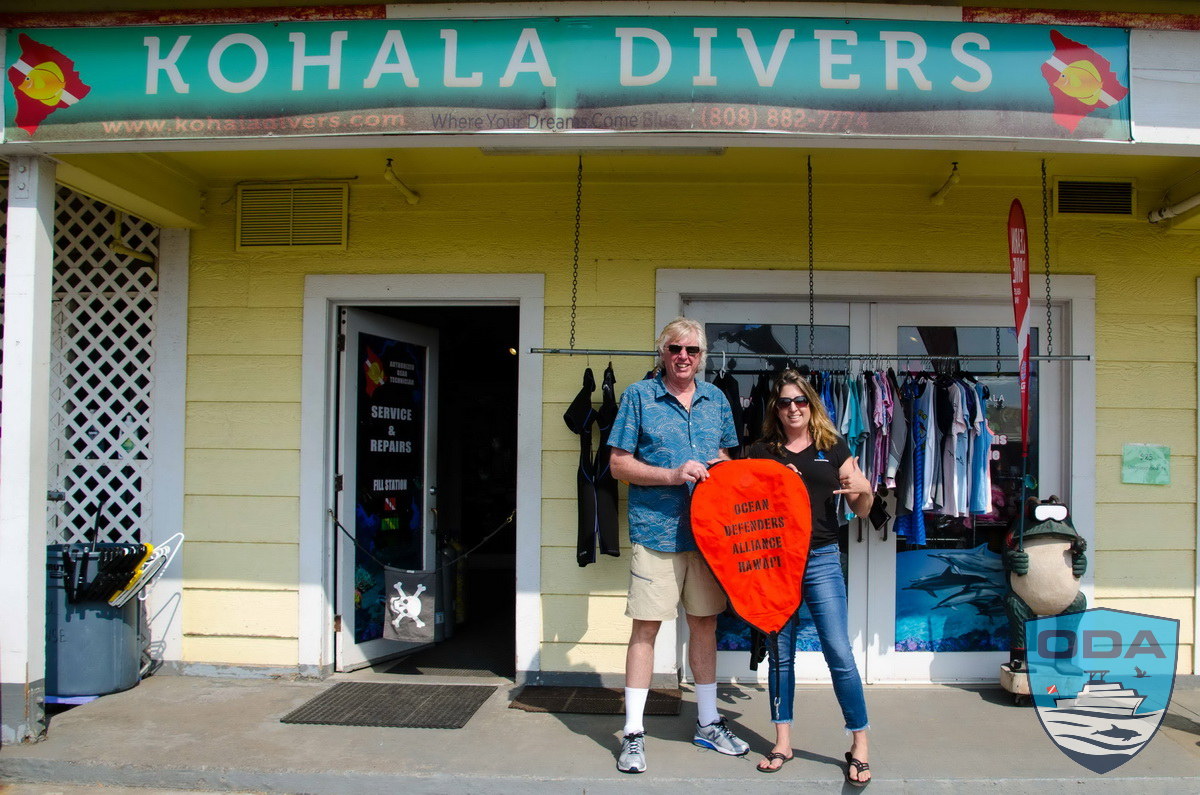 Shortly after that, we started working on the Big Island of Hawai’i, partnering with both Jack’s Diving Locker and Kohala Divers. We charter our dive partners’ crewed boats to transport ODA volunteers to our debris-removal locations.

The ODA-Maui Connection Is Made

ODA’s goal has always been to expand to some of the other Hawaiian Islands that have marine debris problems as well. Finally, we did that. On February 10th of this year (less than two weeks ago!), I met up with Lloyd Johnson who is an avid diver and has been organizing underwater cleanups on Maui for a long time.

I had met Lloyd in 2018 when I gave a presentation at a hotel on Maui, but we didn't have the funding to organize cleanups there at that time, so we had to shelf our plans for a while.

Not long ago, I was talking to some of our California crewmembers about the fact that we were ready to expand to Maui and diver Geoff Walsh said that he knew of somebody who was doing cleanups there. It turned out to be Lloyd! Here I am with Lloyd with the debris removed on the first ODA-Maui outing. 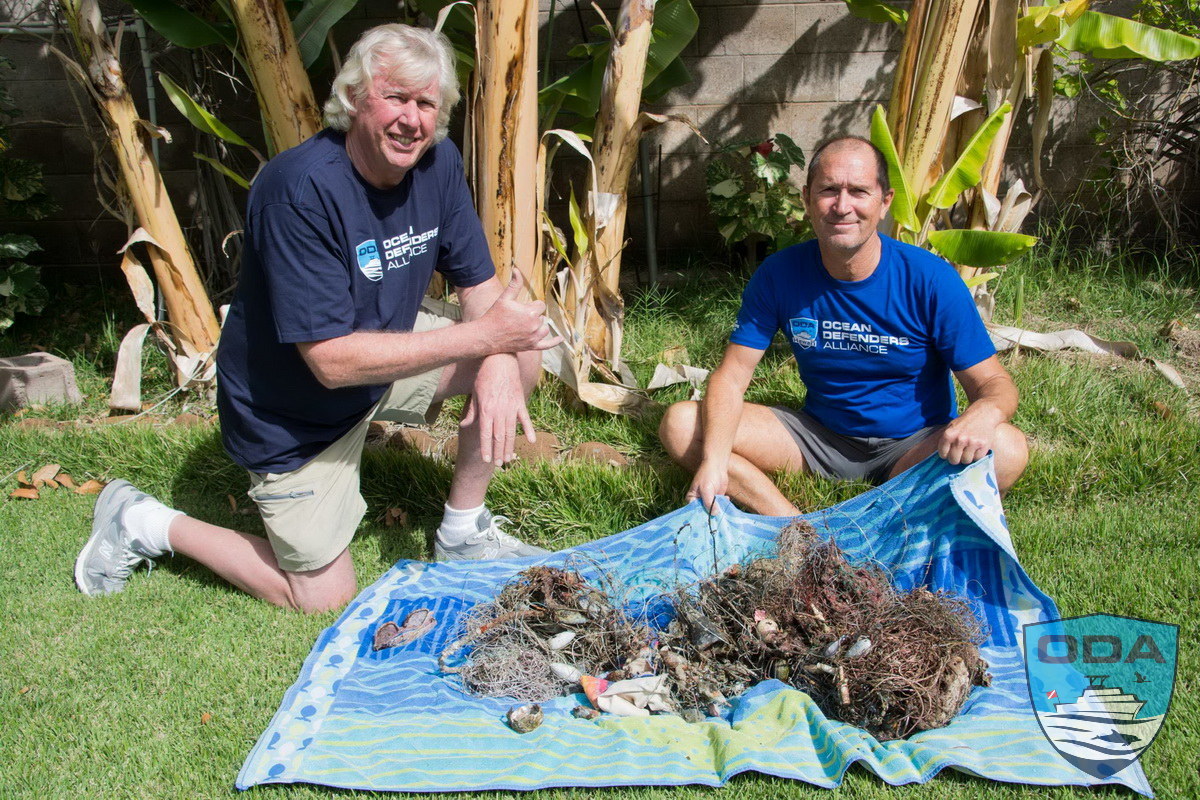 So, I contacted Lloyd and he was excited at the prospect of partnering with ODA to do even more ocean cleanup work. He has led dozens of beach dive cleanups, as well as boat dives (when the funding is available). 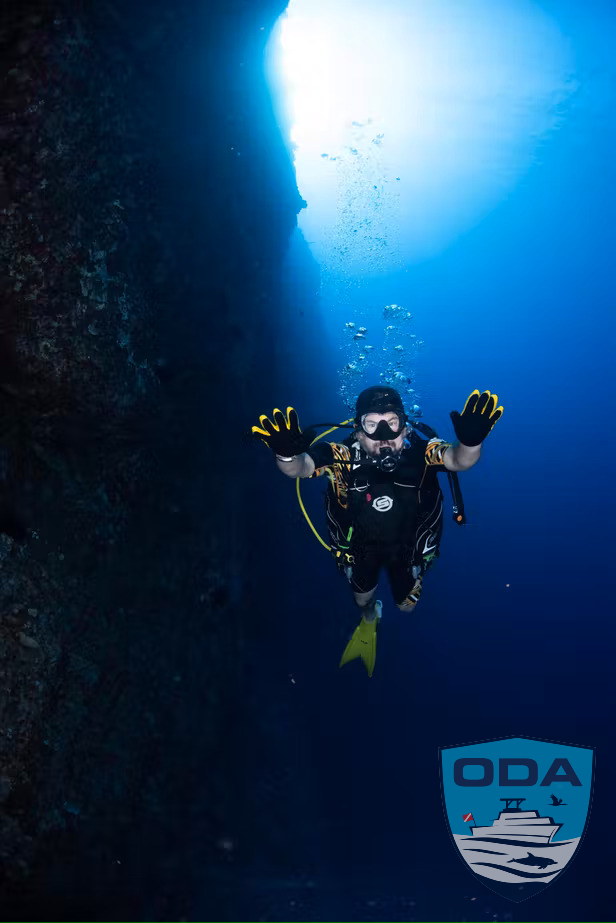 He then introduced me to a friend of his named Michael Dougan who runs a dive boat company called Maui Ocean Getaways.

Michael agreed to give us a reduced rate to charter one of his boats. That is just what I needed to hear as that’s what the other dive shops do for us as well.

Lloyd and Michael both live in Kihei, and all their diving happens in and around that location. So, on Wednesday, February 10th, under the banner of ODA-Hawai’i, they loaded up Michael's boat with 10 volunteer divers and headed about 10 miles south of Kihei Harbor to a spot called La Perouse Bay. 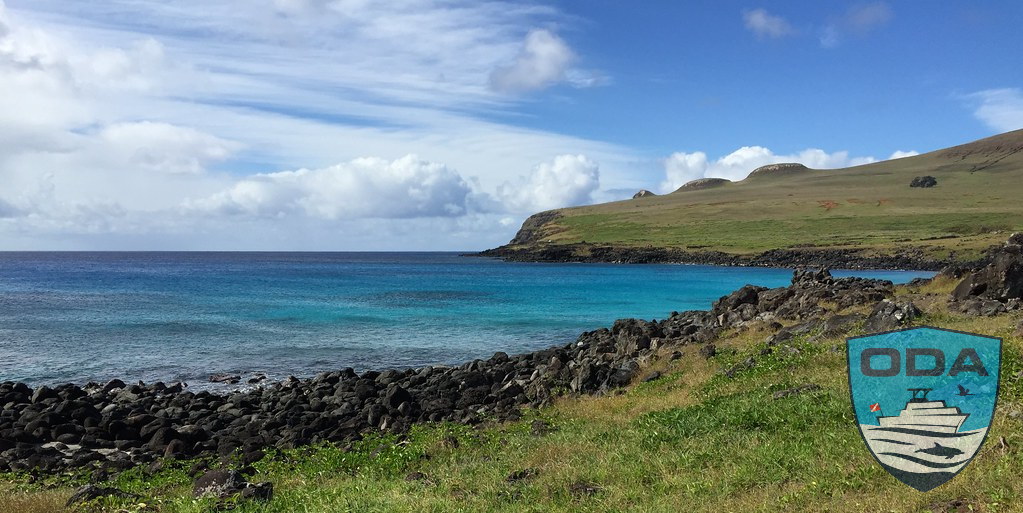 The site is similar to China Walls on Oahu, in that there are steep cliffs that shore fishermen use to their advantage.  From the high-up ledges, they can cast their lines into deep waters trying to catch big fish.  Those lines invariably get snagged on a coral head or rock and the fishermen have to cut the lines and leave them to fate…

The area is very remote, in fact, there’s no road to the site and the fishermen have to walk about two miles to get there. This makes it inaccessible for divers to get to from onshore. That's where our boat project comes in. 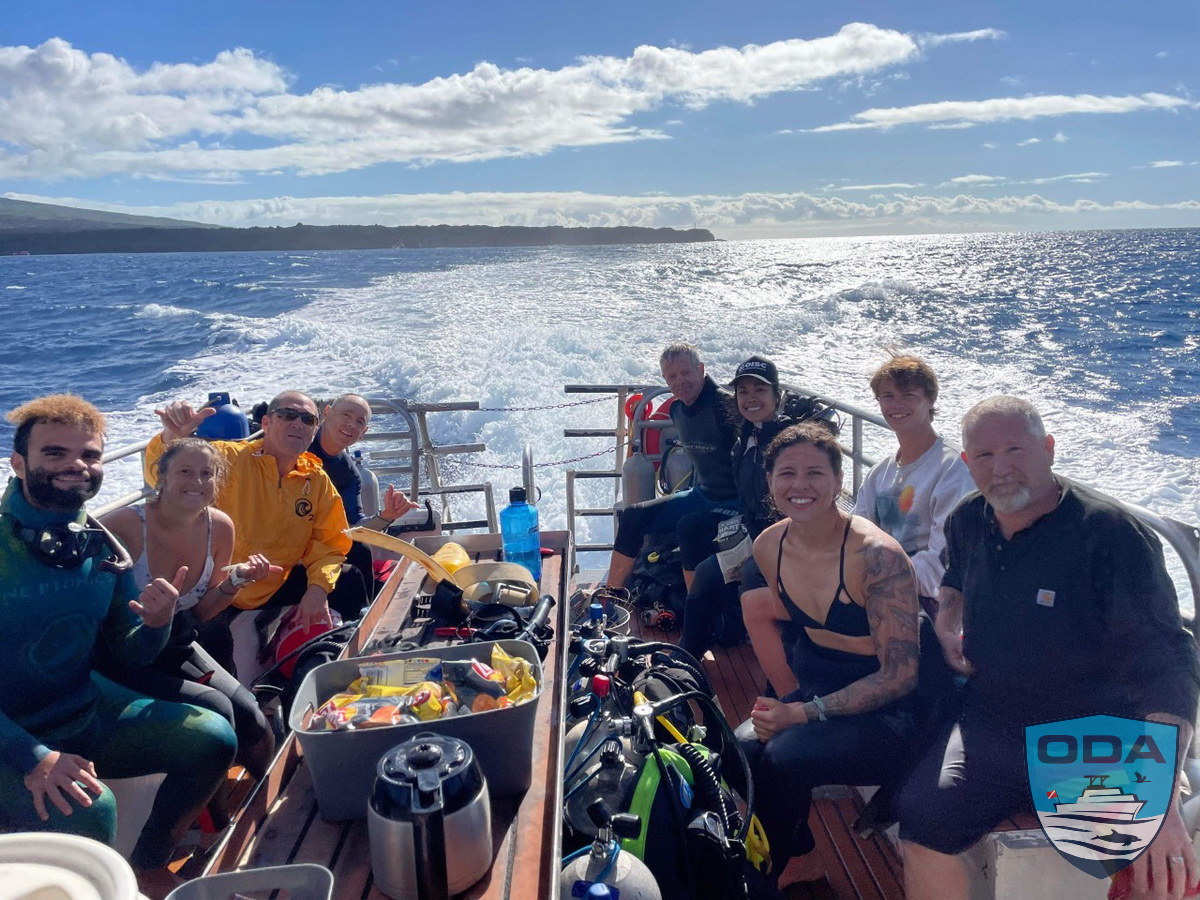 I wasn’t able to make it to the boat in time because of the fact that the one road I could take to get to the location was virtually shut-down due to a car chase and vehicle ending up in the ocean, so I didn’t come away with my normal pictures (other than the one of me and Lloyd with the “Catch of the Day”). Thankfully some of the volunteers sent in these shots taken from various phones.

It was a very productive dive. 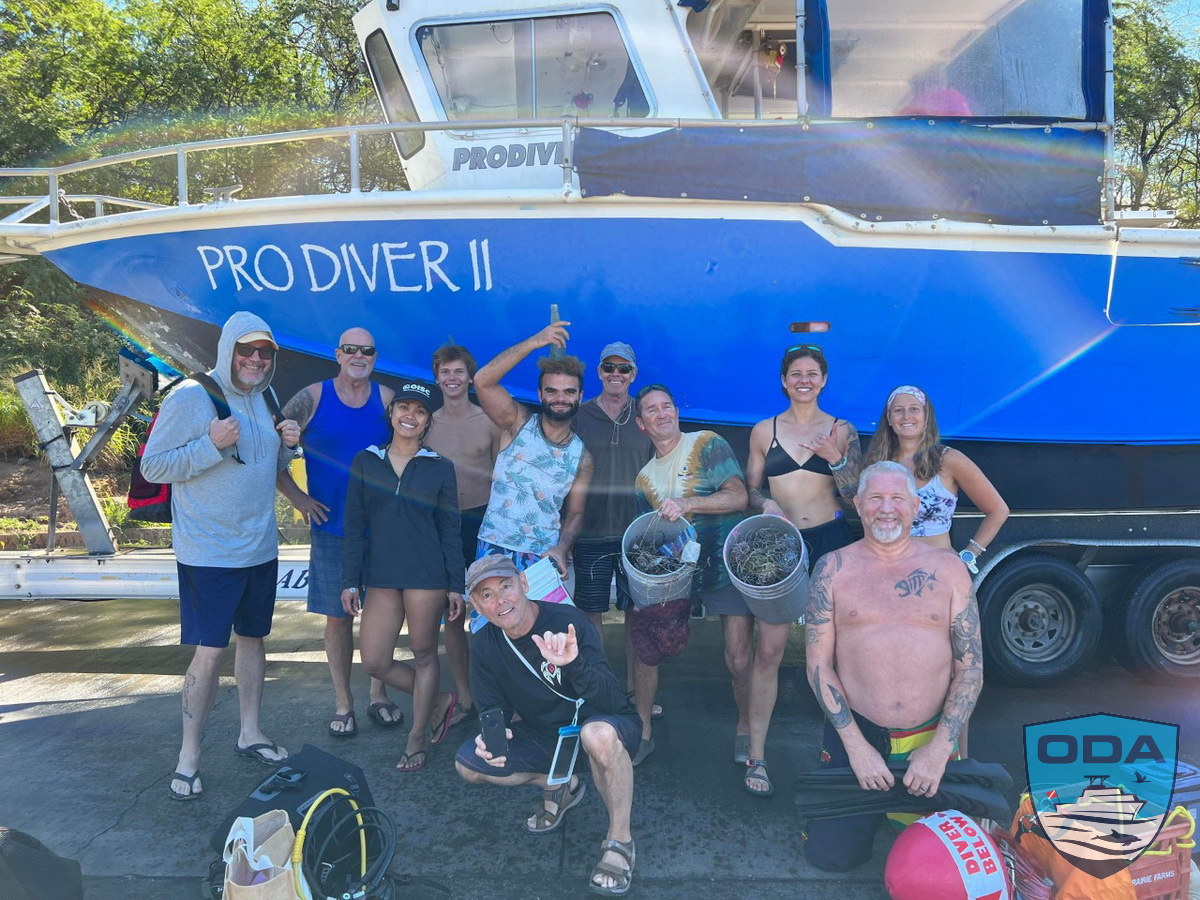 The ODA-Maui volunteers came up with 81 pounds of lead fishing weights, a mask, snorkel, and about 2,000 feet of heavy-duty fishing line.  I’m sure the fish and turtles are breathing a sigh of relief! 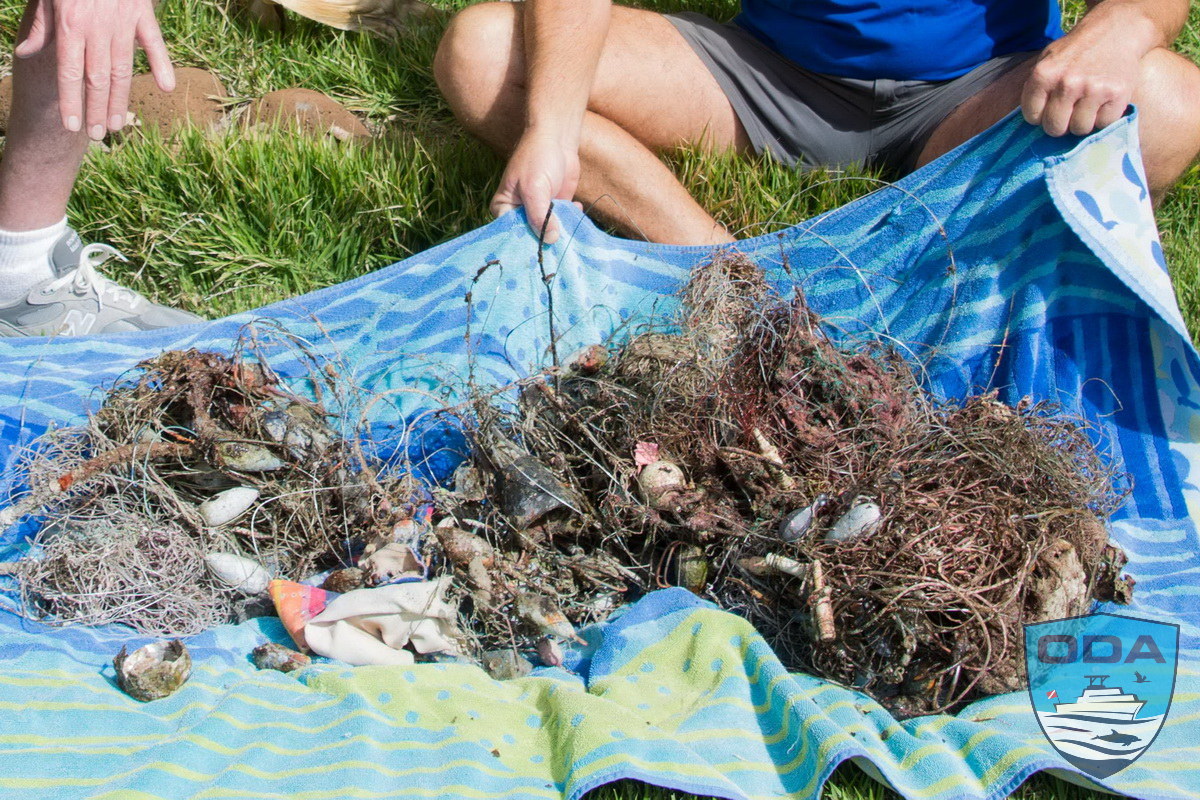 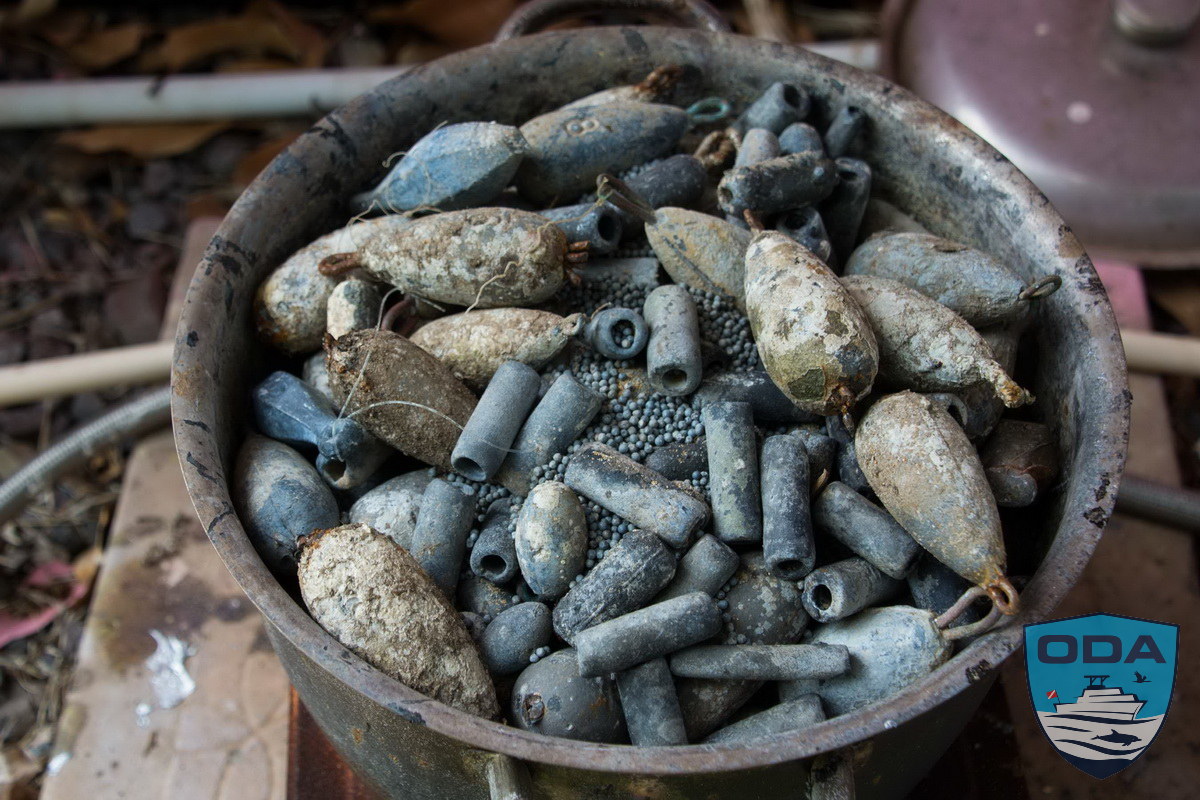 Thanks to everyone who made this first splash into the waters of Maui such a meaningful success!  Because of our fantastic donors and volunteers, we’ll be back for more!

If you’re on Maui and would like to get involved, please email us at .