I’m continuing my efforts to do three underwater cleanups in three weekends in Hawai’i.

After having success on Oahu, I headed for the big Island of Hawai’i on Wednesday, May 19th.  I can’t lie, it felt great to finally get back to the island after a 16-month absence.  As soon as the plane landed, I continued my coordination with the Honokohau Harbormaster, my contact at Superior Sanitation, and several staff members at Jack’s Diving Locker. 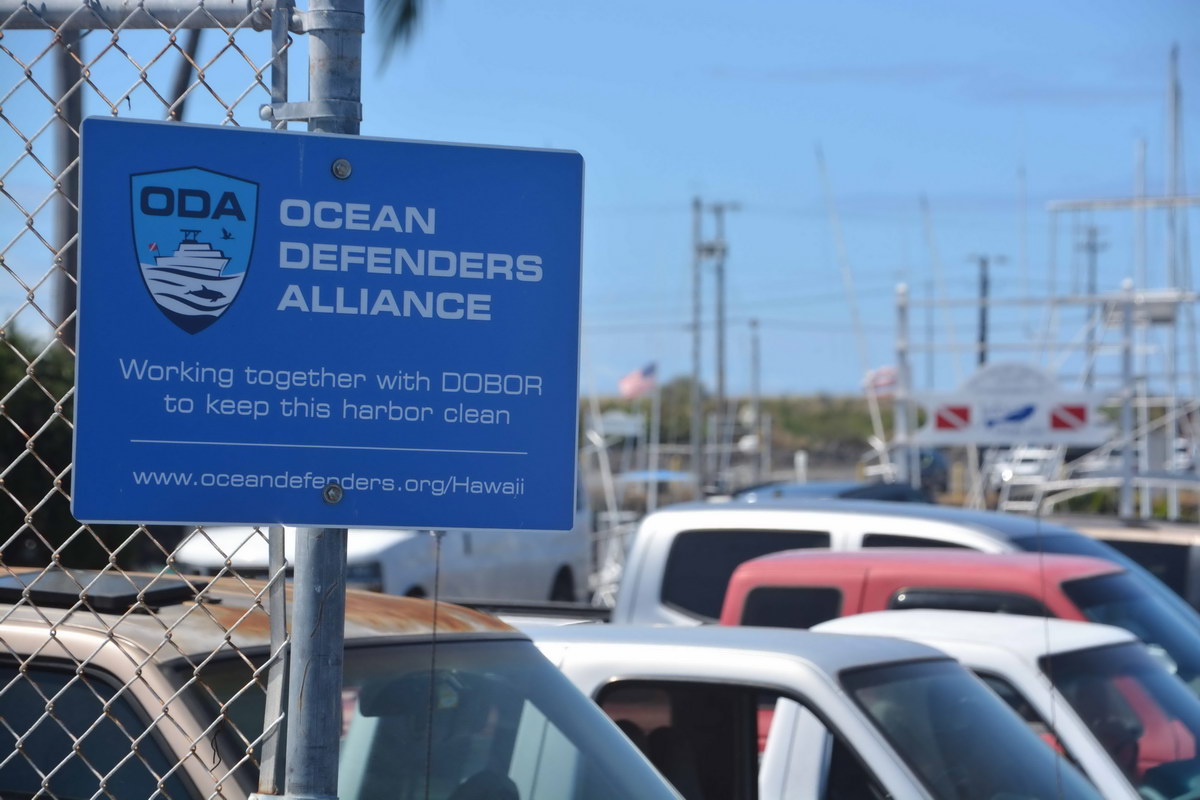 Once I knew that everything was in place, I hit the stores to purchase some items that we’d need for the harbor cleanup: gloves, haul-out lines, clips to attach to those lines, knives, hand shovels, and a first aid kit.  I wanted to make sure our first cleanup of the year would go down without a hiccup…

When I walked into Jack’s dive shop in Kona, I saw a poster mounted prominently on the front door, announcing the cleanup on Saturday, May 22.  As I entered the store it felt like going back to your hometown.  Although everyone was wearing a face mask, I could sense the smiles of: Sarah, Chrissy (with her new son, Chandler), Sheila, Jimmy, Katelynn, and Joe.  Great to see you guys!! 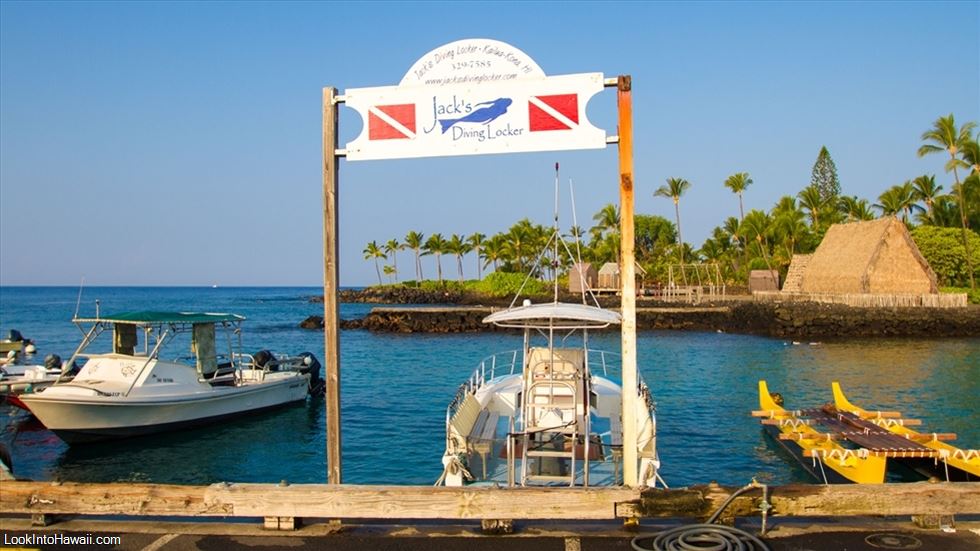 Most everyone from the shop was going to be there for the cleanup, so it was a relief that there would be so much good energy for the event.

On Saturday, Katelynn and I met promptly at 8am and several of the staff from Jack’s were already there.  Alex from Superior Sanitation showed up shortly thereafter to drop off the disposal bins that they were donating the use of for this cleanup.  Thank you, Allison Keith, for arranging this (like always!).

The divers and deck crew started showing up right on schedule at 9.  Because of the restrictions the State of Hawaii has, we had to have people showing up at different times to make sure we never had more than 25 people on the docks at one time.  I gave orientations to several people as they showed up, and the staggered timelines worked like magic, and we never had more than 20 people working at one time. 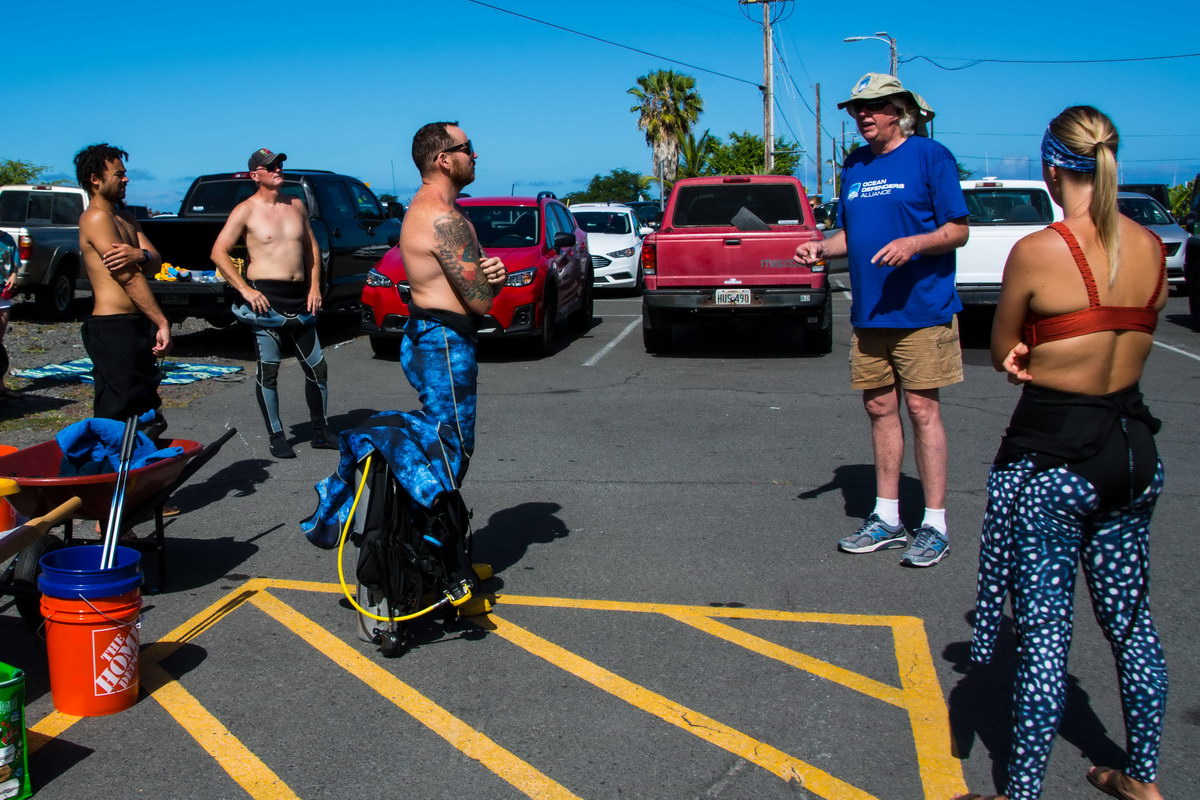 It was a gorgeous day, full sun, in the mid 80’s, but there was a nice breeze, and the humidity wasn’t suffocating.

By 9:30 divers started jumping in, one of the first ones in were Tim Alspach and his 17-year-old daughter, Manami.  This was Manami’s second cleanup dive with us. 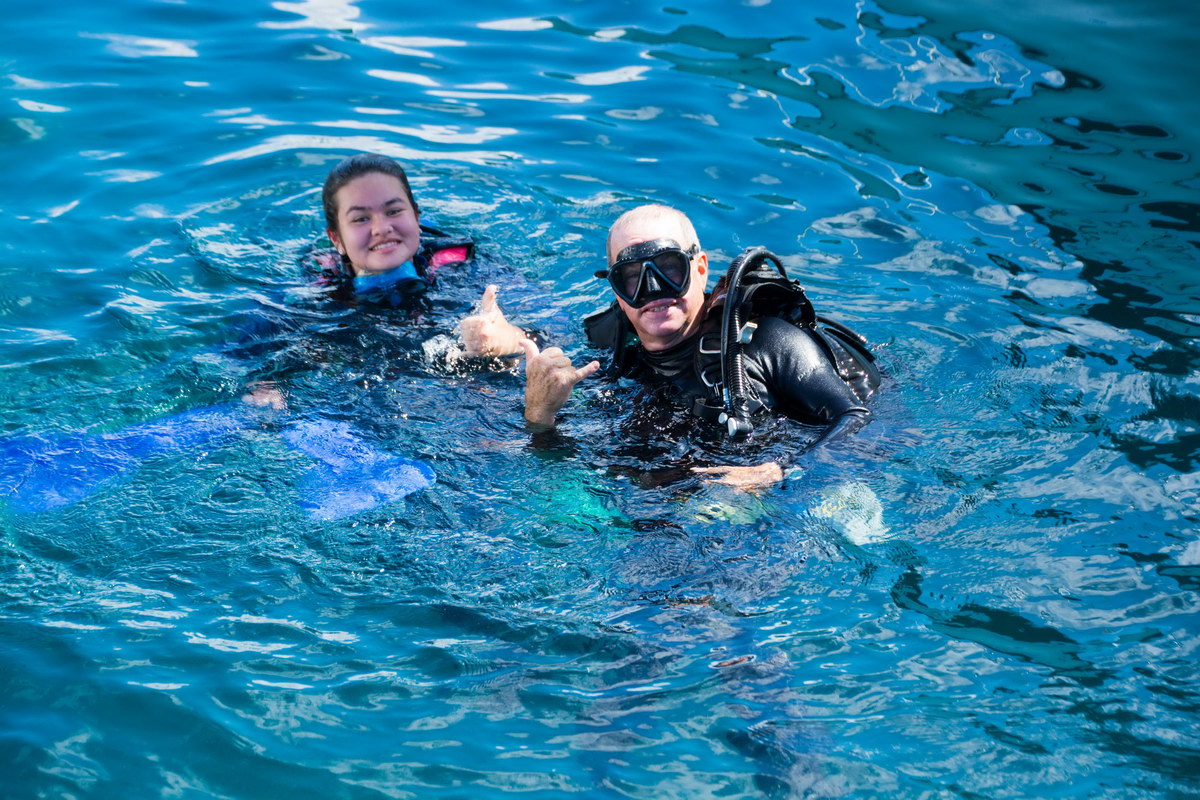 We also had two other fifteen year olds jumping in with us: Kyle and a buddy of his from England.  The oceans will be in good hands with motivated young people like this wanting to take time out of their Saturdays to volunteer to help out! 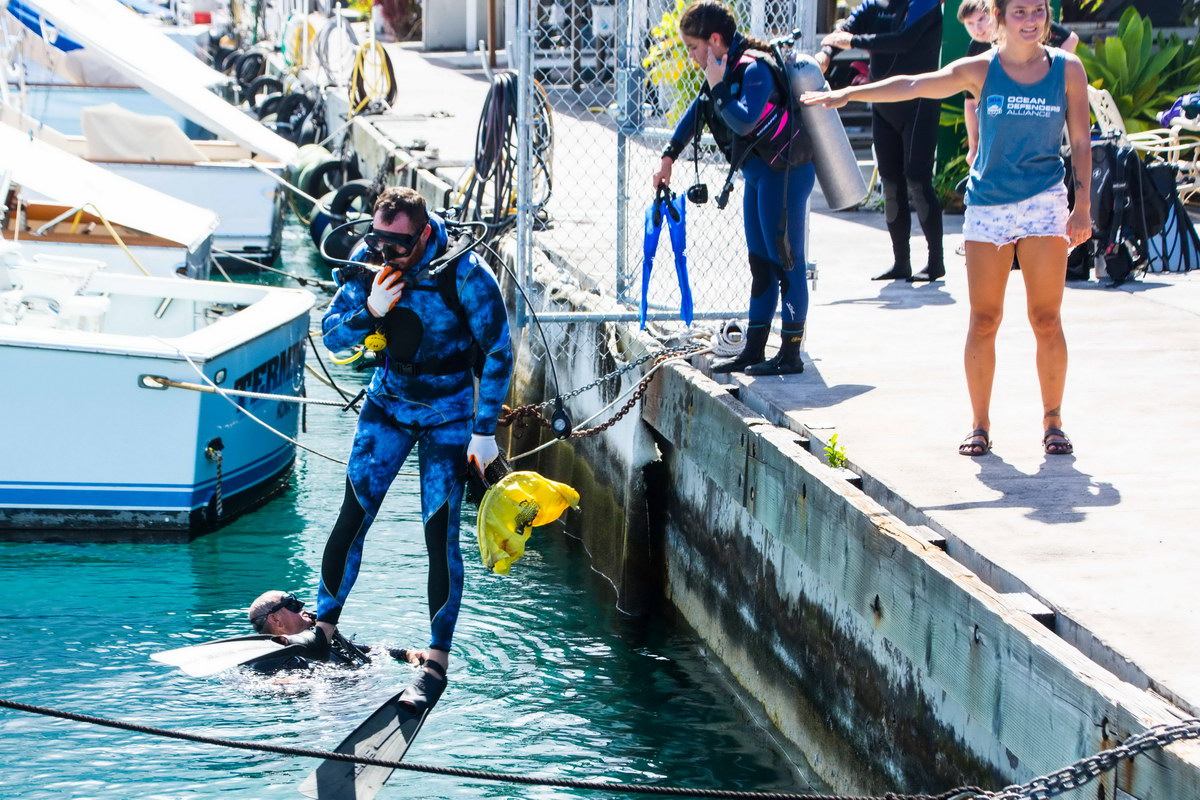 Once the divers dropped down, within minutes debris started coming up.  It didn’t seem like much at first, but it just never seemed to stop.  The first thing to come out was a smallish motorcycle tire. 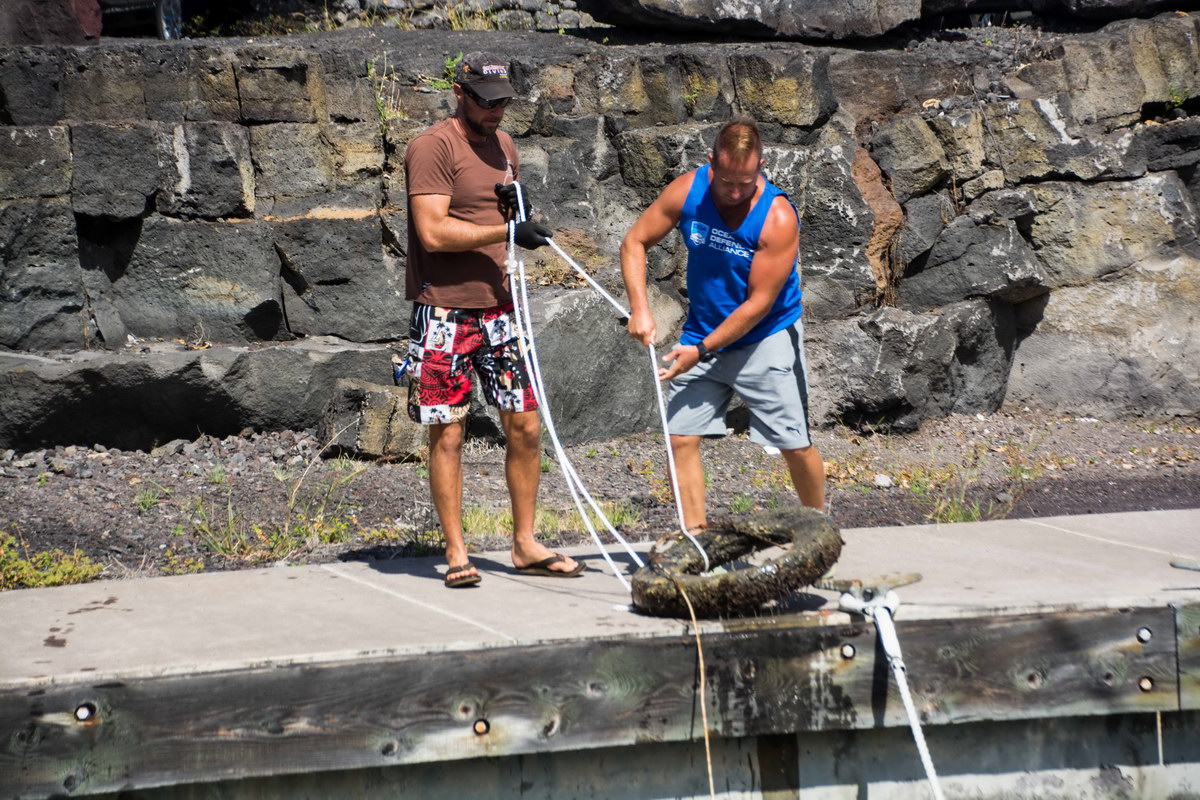 But then the big stuff started reaching the surface: car tires, huge plastic tarps, carpets, long strands of wire, thousands of feet of fishing lines, lures, carburetors, air horns, binoculars, hoses, a huge fish pen (about 8 feet in diameter, 3 feet deep), and then the heaviest items of all: 3 tractor tires… 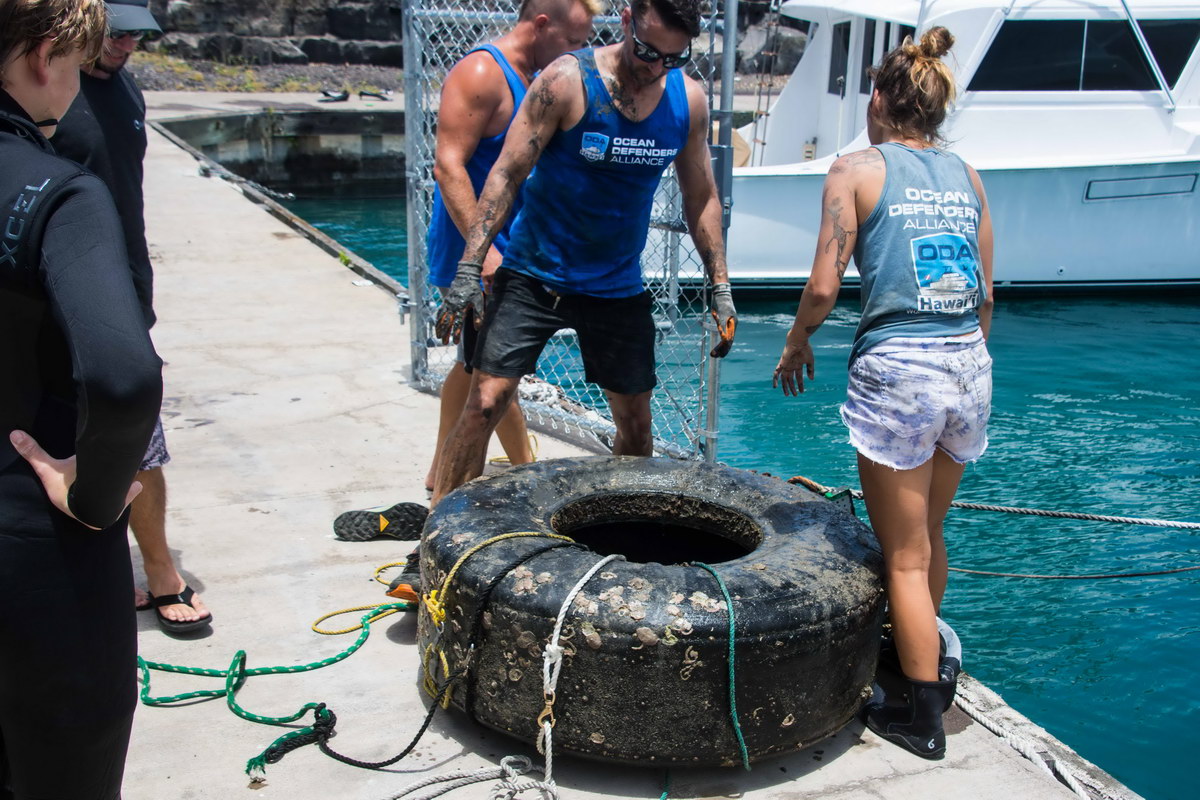 All the divers were out of the water by noon.  We then cleaned up the docks of all the mud and debris that we had deposited on them and got some people to pose for our group photo.

We didn’t get any pictures of the entire crew that day because people were coming and going for the entire four hours.  But we estimate that 30 to 35 people attended. 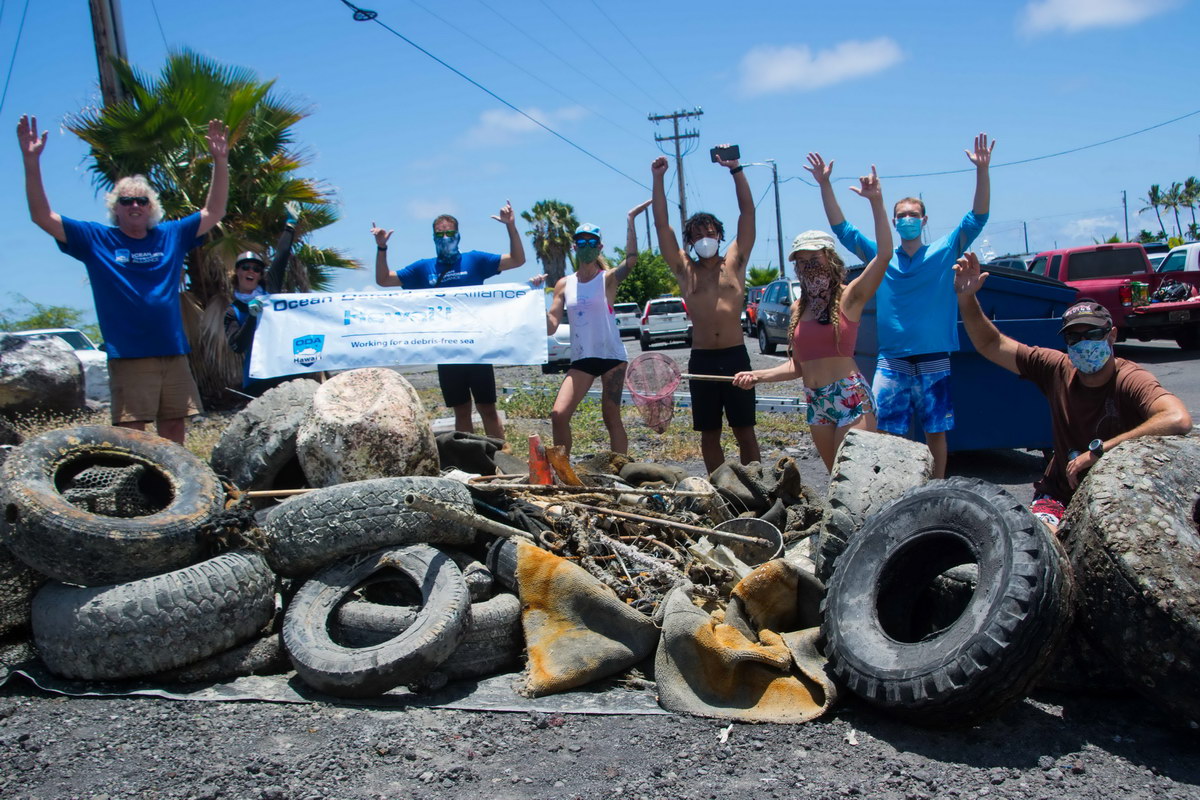 As you can see from some of these pictures, we had a GREAT haul.  About 2,800 pounds of debris, plus 16 tires.  This put the total weight for the day at approximately 3,600 pounds!

Your gift today ensures more tons of debris will be removed

We owe a debt of gratitude to Jayme and Tanya in the Harbor Masters office.  They let all the boaters know we were going to be in the water during those hours, and several of the boaters thanked us enthusiastically for what we did.

Also, “bins full” of thanks to Superior Sanitation for the use and delivery of their waste bins.

I am forever grateful to Teri and Jeff Leichter of Jack’s Diving Locker.  They continue to be a great working partner for ODA in Hawai’i. 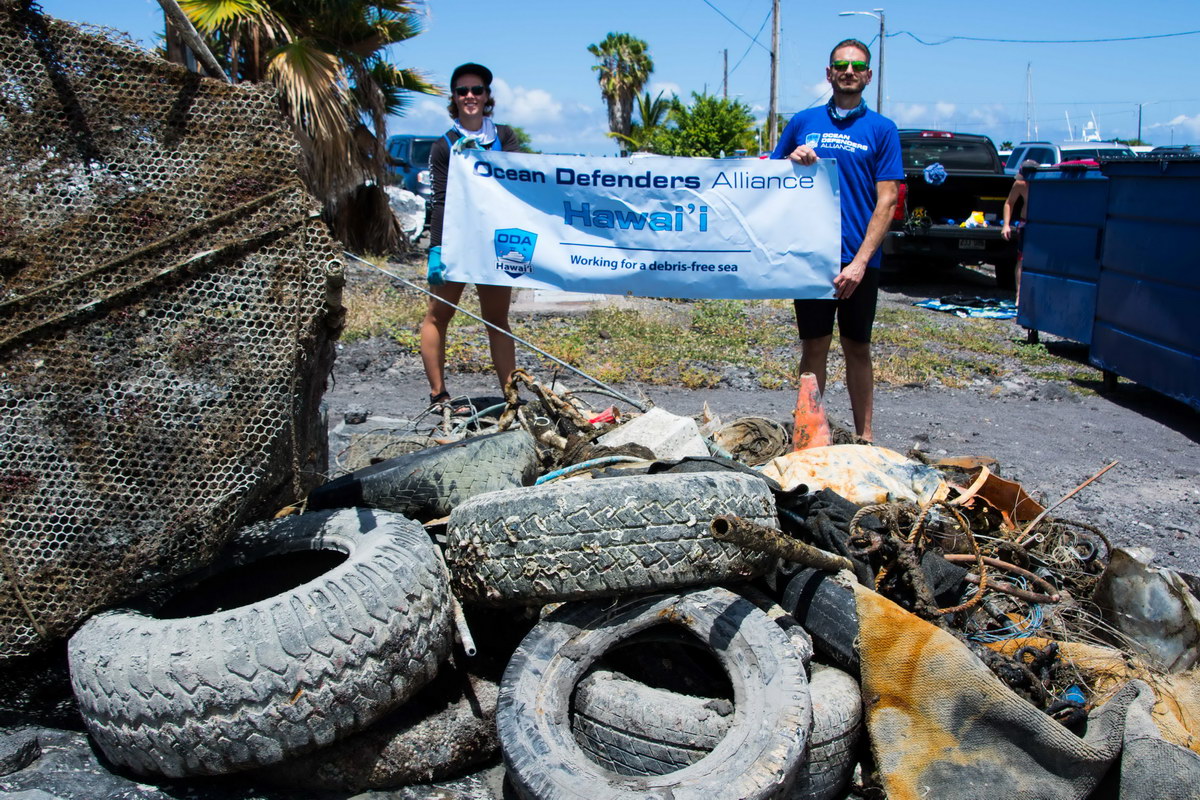 Lastly, none of this would happen without the effort and time that all these volunteers put into this cleanup.  It’s hard work, dirty conditions, and sweltering heat.  That said, I didn’t hear one person complain… in fact it was quite the opposite.  Lots of smiling faces, people looking fine in their dirty clothes, and high spirits.

Can’t wait to do it again!

Your donation will help clean the ocean!