More and more often, whales are swimming through a gauntlet of marine debris…

As you may already know, 2016 was the worst year yet for whales getting entangled in abandoned or lost fishing gear (“ghost gear”) along the west coast of the United States.

During a typical year there would be between 10 to 12 confirmed entanglements. But in 2016, it spiked to 71. 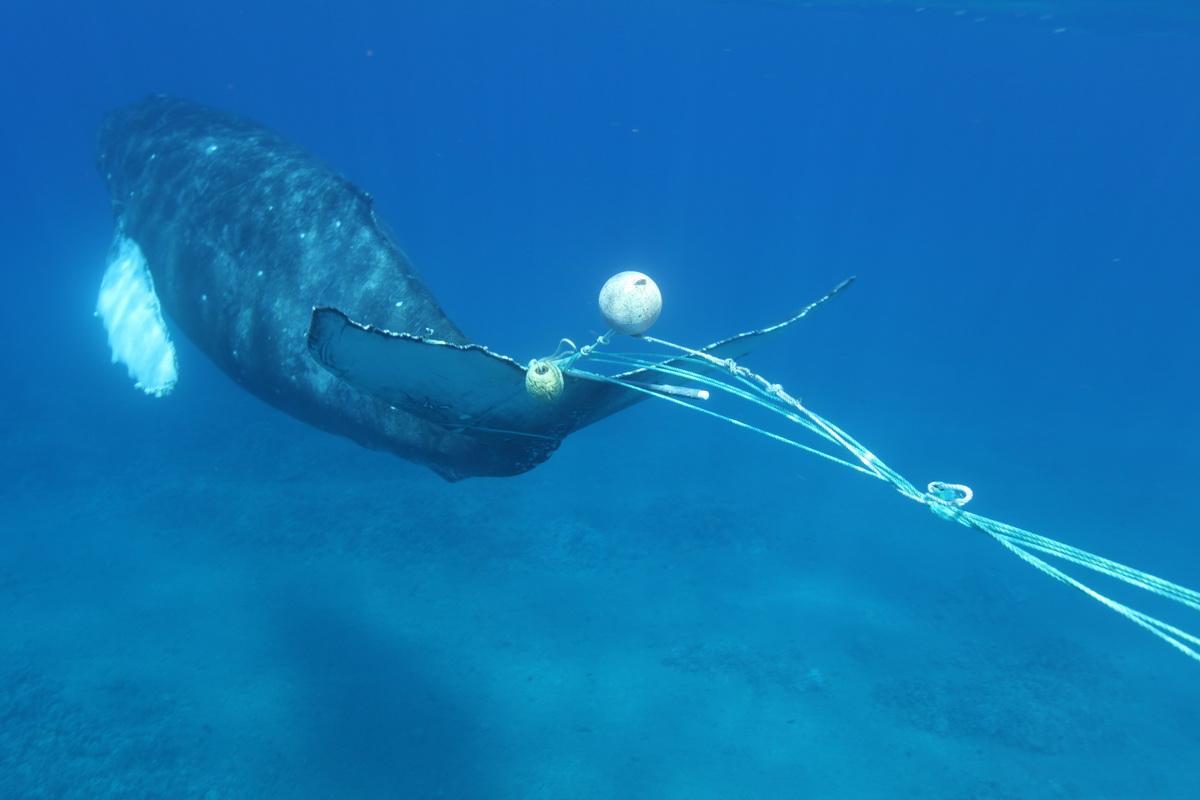 Endangered Whales Are Most Entangled

Humpback whales are endangered, and are the whales most affected by derelict ghost gear. Coming in second are our gray whales, also endangered. 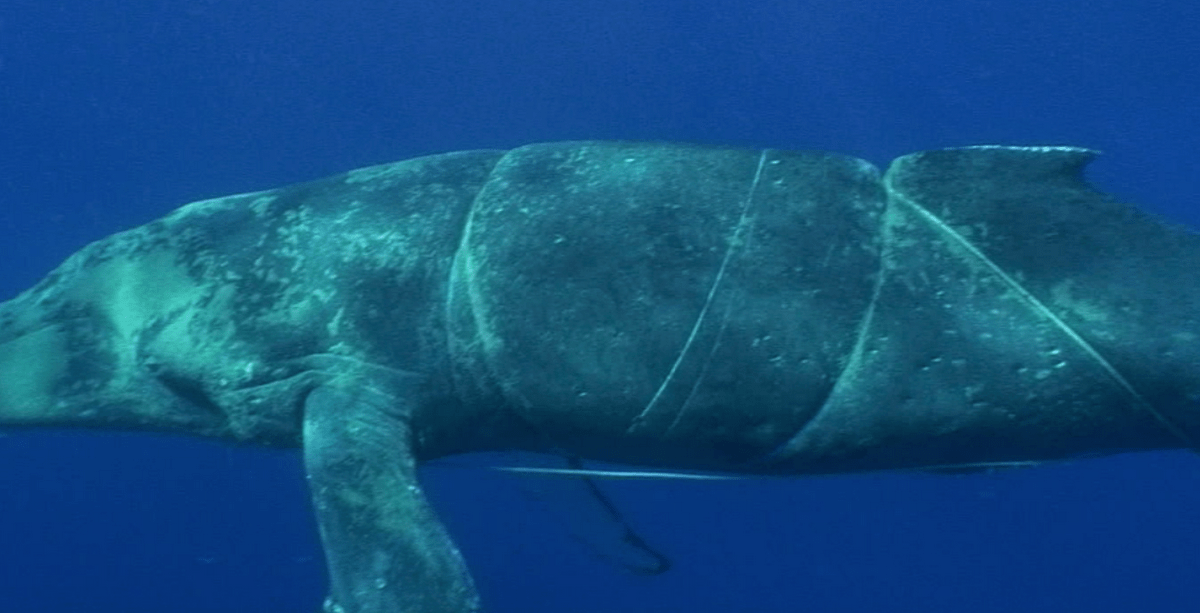 Roughly 80% of humpbacks show signs of being entangled in fishing gear at one point in their lives. Gray whales show the same signs in 50% of the population.

The US government agency NOAA (National Oceanographic and Atmospheric Administration) has developed Whale Entanglement Teams (WET), up and down the United States’ west coast as well as in Hawai’i.

The teams are trained, using best practices, to remove abandoned fishing gear from whales that have become entangled. These are the only people in the US who are authorized to assist in any effort to free a whale from entangling fishing gear. 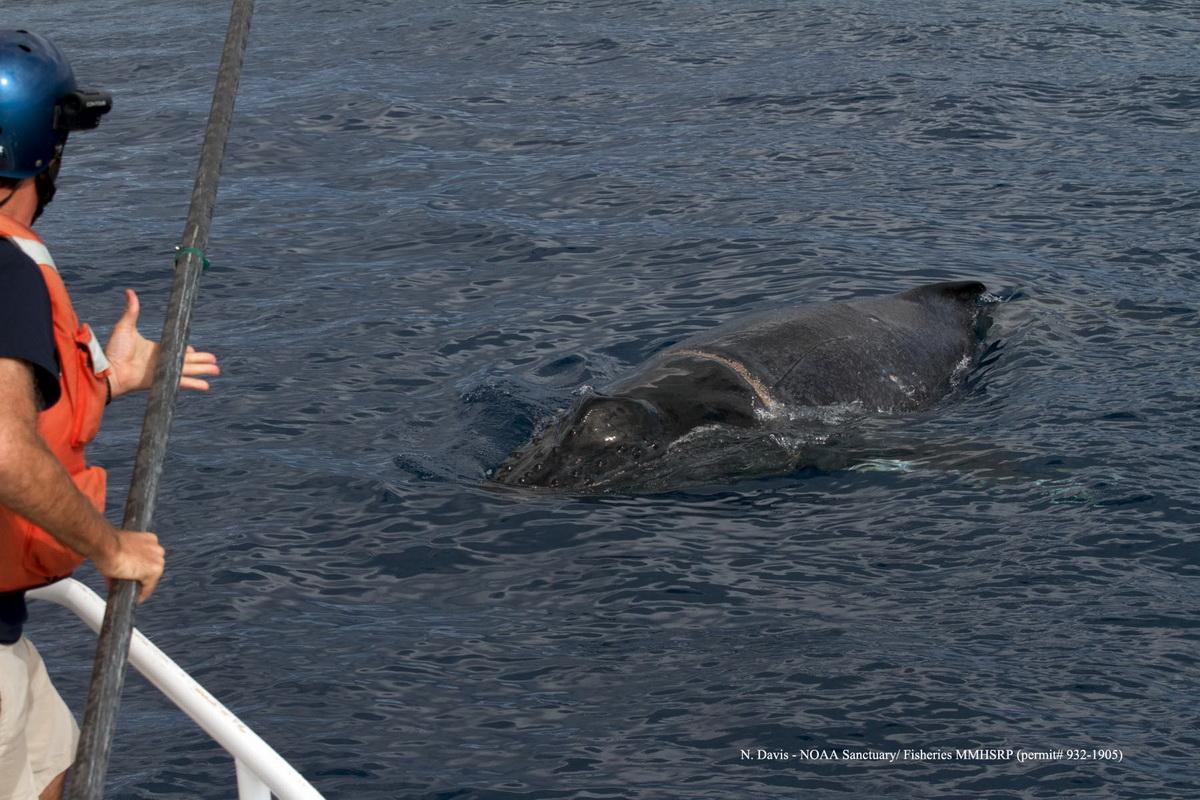 It is extremely dangerous work. In fact, in July of this year a fisherman near New Brunswick, Canada was killed by a right whale just moments after freeing it from entangled ropes.

ODA was recently invited to attend a NOAA workshop designed to enlist volunteers to join their WET crew and train them. The workshop was held in San Pedro over a two-day period in early October.

Veteran ODA Crewmember Al Laubenstein, Gary Appel, and I attended both days. On October 5th, we joined about 15 other people who wanted to join this specialized crew as well. Some people had already been through the training and have been involved in several release attempts. The majority hadn’t, so we had a lot of first timers.

Here we are with them as the day began. 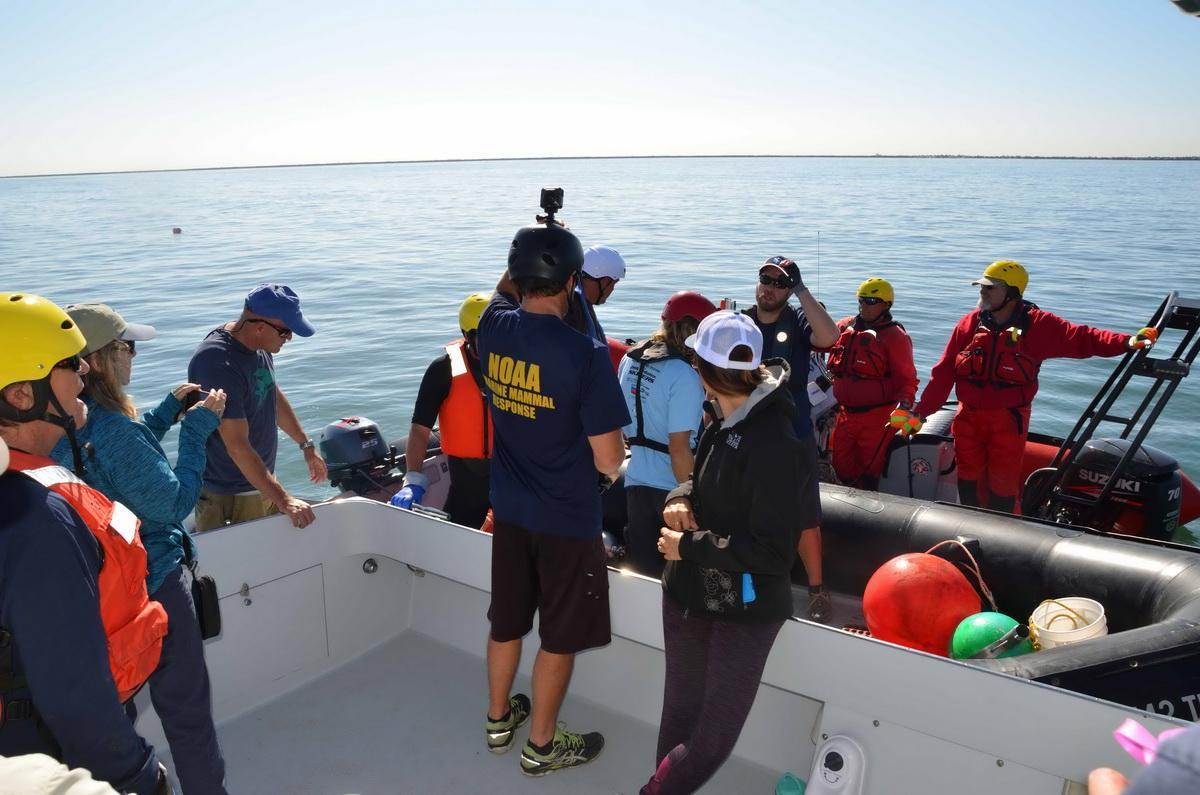 Justin Vizbecke headed up the training. He is the California Stranding Network Coordinator for National Marine Fisheries Service and works with NOAA as the lead on all the entanglement efforts along our coast. He met us at the dock at Cabrillo Beach, where we boarded one of three boats that came out to assist with the training.

How to Disentangle a Whale

The goal was to let everyone participate in the practice of removing a net or line that is entangled on a whale. This is done by using one boat that acts as the entangled whale and will drag a line in the water that has a buoy at the far end.

This is how a typical entanglement looks: The fishing line/rope gets wrapped around the whale’s tail, pectoral fin, or around its mouth and head. Behind the animal at the surface, the fishing line/rope trails behind them dragging a trap marker buoy.

That buoy becomes a target for a team member to throw a line with a grappling hook attached to it over the trailing line in the hope of snagging that buoy. When that feat is completed, a second person in the boat attaches a line with a large inflated ball attached to it. Once this is attached, the operator throws that line and ball in the water; this now slows the whale down in the hopes of tiring the animal out so WET can work on cutting the entangling line(s).

Depending on the energy level of the whale, several of these “drag buoys” may be attached. When that phase is completed, another member of WET attaches a telemetry unit to the lines; it sends out a signal that lets the team know—via GPS signal—where the animal is at all times. If night comes and they can’t work safely anymore, the team goes to shore and can locate the animal the next day to resume the rescue effort.

Left to right: Throwing the grappling hook; attaching the drag buoy; and attaching the telemetry unit to the lines. You can click to enlarge or view these in the photo gallery below.

This all might sound pretty easy to do, but having gone through this training program, I can tell you this is anything but easy.

Once entangled, a whale can become very agitated, and will act erratically making it unsafe to approach the animal. Also, the animal is moving at a 3-5 mph clip, and not necessarily going in a straight line, making it difficult to maneuver the boat close enough to get all this work done.

Trust me, a LOT of things need to go right for this to be a success.

It was a productive and satisfying day for Al and me. Because we went through this training, ODA will be helping Justin and his team when he calls us. Hopefully we will never need to be called on, but the trend in increased whale entanglements makes me feel like it will be sooner rather than later… 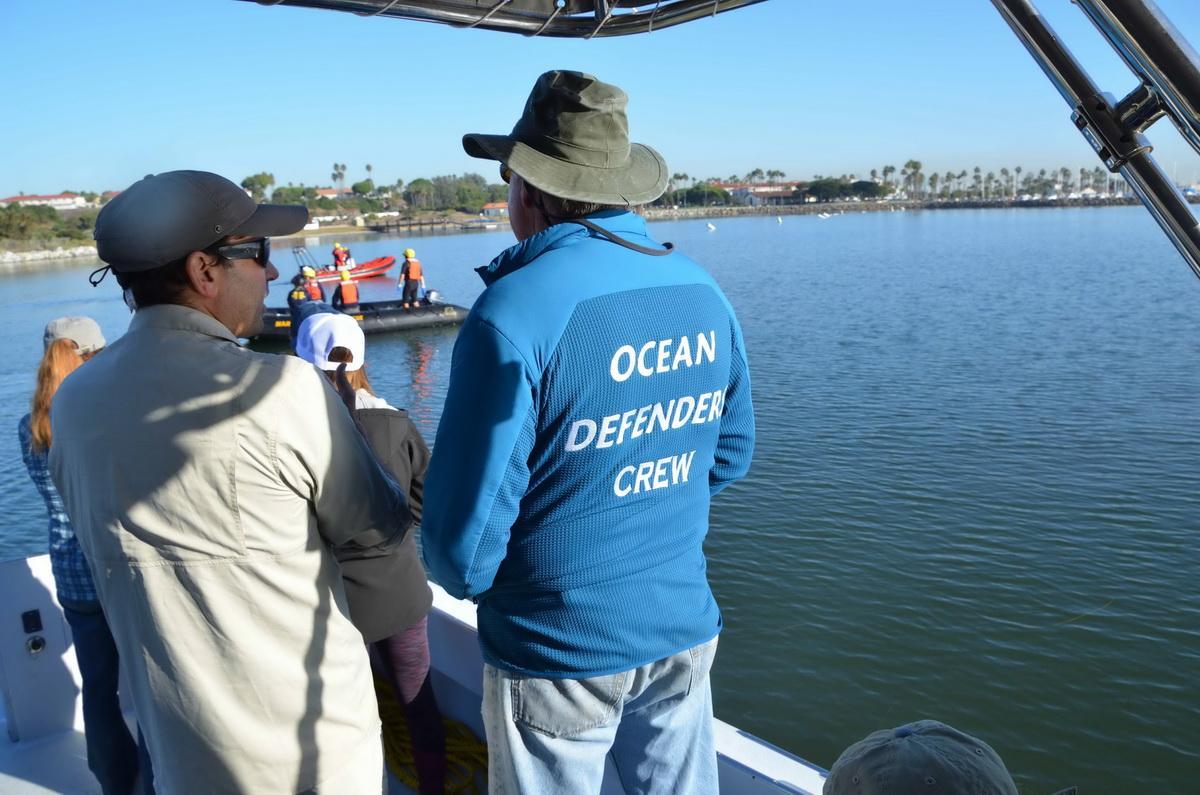 You can be part of the greater team helping whales survive: Join us in clearing debris out of whales’ way by applying to crew or donating to keep our boats at sea doing what we do best!