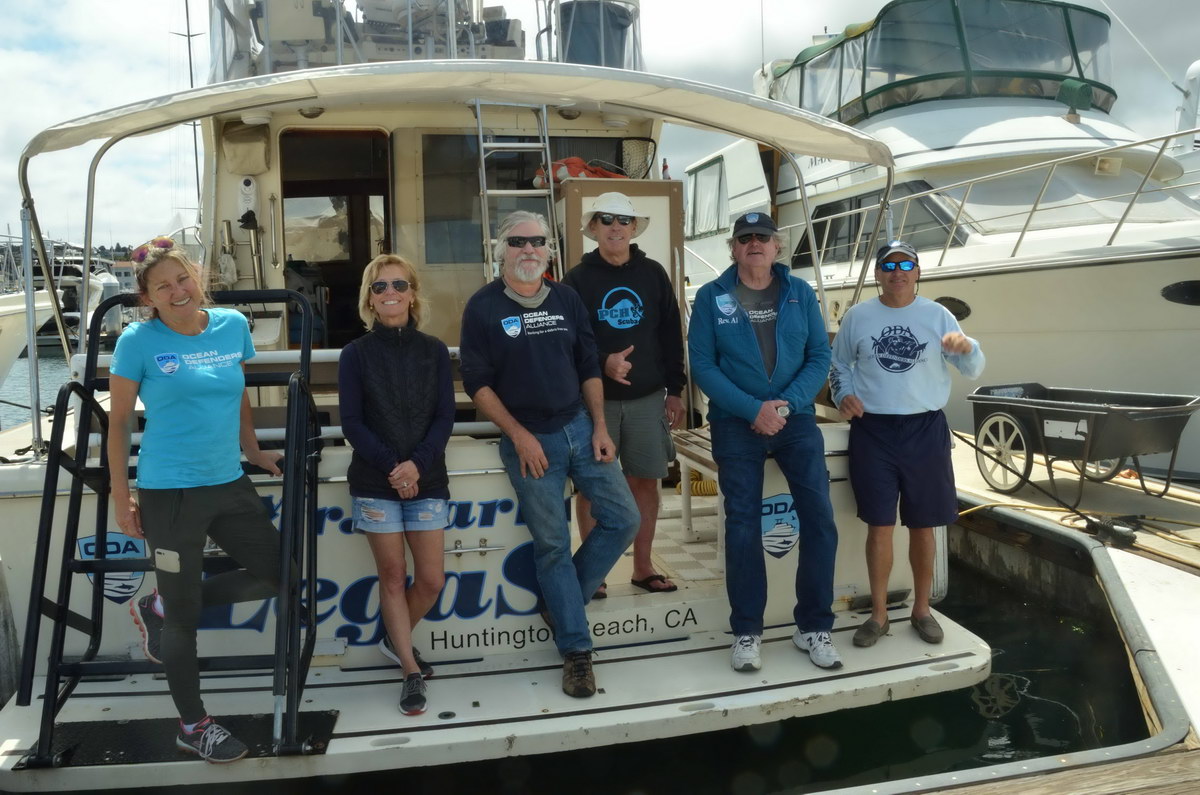 Unfortunately, surface conditions were a little rough to deep water trial launch our new ROV; but our three divers got down and were delighted.

Captain Rex Levi, shared with us:

“This trip reminded me of a speech I presented about 10 years ago which included the following: ‘The Los Angeles and Long Beach port areas and the communities along the highways leading out from the ports to the rest of the state and country have some of the worst and most persistent air pollution in the state; more than 80 percent of the residents of the South Coast region, which covers the greater Los Angeles area, are exposed to higher levels of fine particulates than the federal government allows.  There is a movement to forbid the use of crude fuel for ships (within 24 nautical miles) entering LA and Long Beach harbors; bunker fuel packs a lot of power per pound as well as 15,000 to 25,000 or more parts per million of sulfur, resulting in fine particulates emitting from ships’ stacks, one of the deadliest air pollutants around. By contrast, diesel fuel used for ground transportation has about 15 parts of sulfur per million. In 2006, ships covered by the rule generated on a daily basis “approximately 15 tons of PM, 147 tons of NOx and 177 tons of SOx,” with the fine-particle emissions alone responsible for at least 300 premature deaths annually.’" 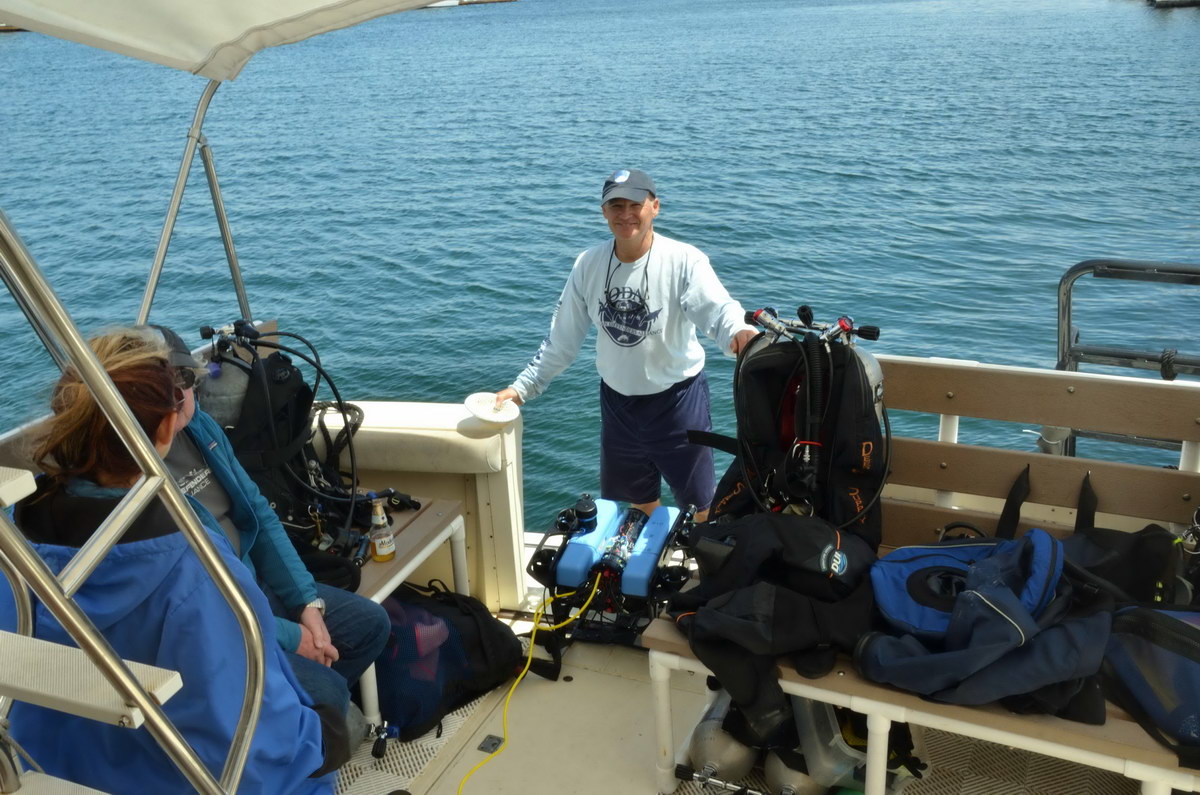 Captain Rex Levi, a great ocean defender, giving of his time and talent!

Captain Rex continues, "Today’s conditions I can, with optimism and enthusiasm, report are far superior than 10 years ago... instilling much hope.  The air and sky were vibrant, fresh, and full of multiple cloud types, marine layer, fresh air with bursts of rain in the near horizon clear down to visible sea level, gracefully; and fortunately, skirting and sparing us of downpour showers.  Underwater proved to be just as pristine; our three volunteer divers marveled at the 35’ visibility and the 1940 wreck turned reef was free of abandoned traps and rogue net. Truly encouraging reflecting back 10 years ago of considerably worse air quality and far more abundant underwater lethal abandoned gear and waste so improved, in part, by Ocean Defender’s efforts... we stand proud!”

Geoff Walsh shares some more details of our day:

Divers Kim Cardenas, Al Laubenstein, and Geoff Walsh followed the anchor down to the wreck, finding excellent dive conditions with no current and 30–40-foot visibility. Meanwhile crew Jeff Connor and Sue St. Sure, along with Captain Rex Levi, remained on the surface waiting for the telltale lift bags to appear, indicating successful removal of marine debris. 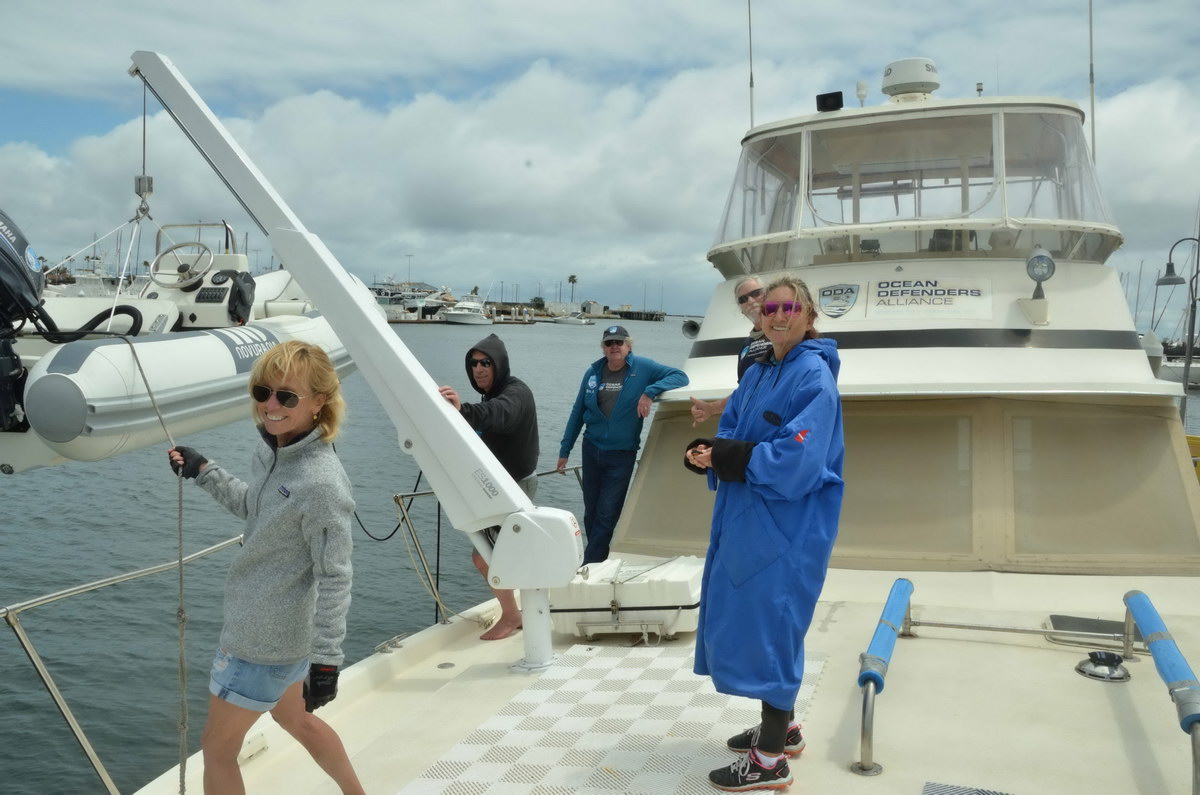 The LegaSea anchor snagged on an anchor recently abandoned by another vessel. After untangling the LegaSea's anchor, our divers quickly surveyed the wreck for debris to remove, possibly on a second dive. 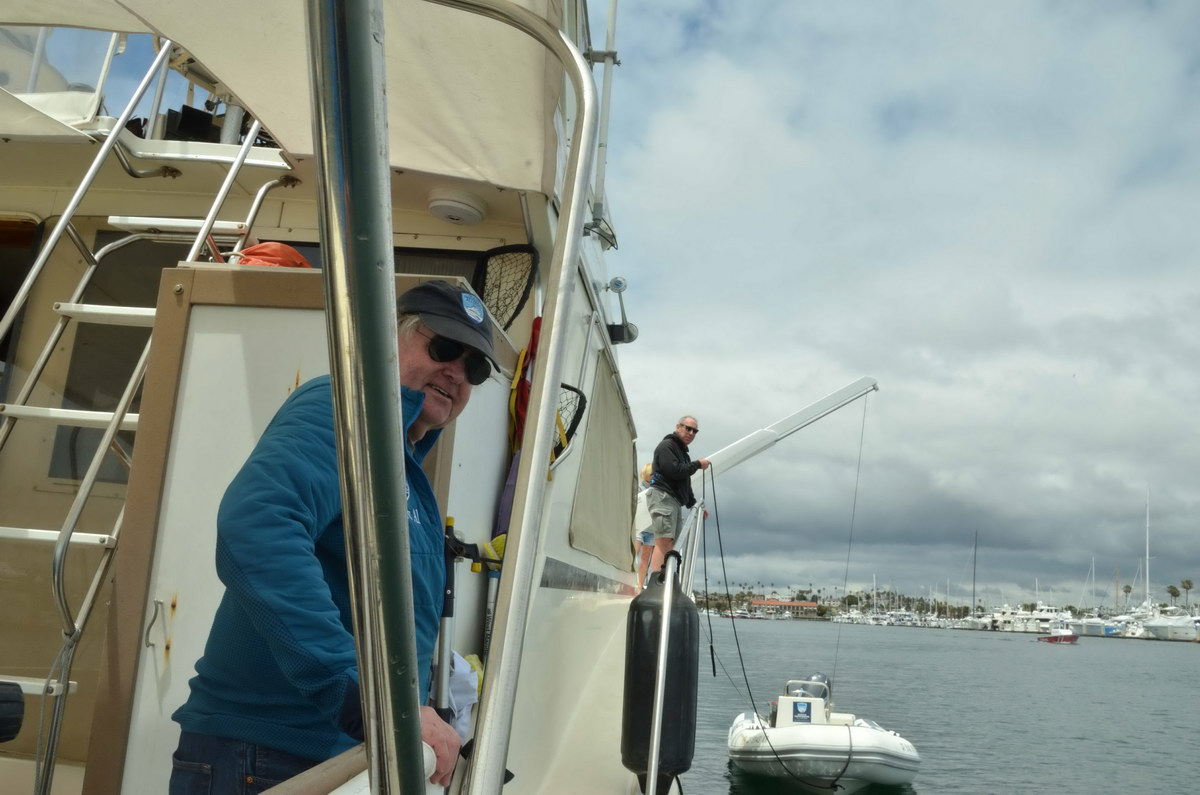 We were pleased to find little to no ghost net that could ensnare marine life, and only scattered debris posing no hazard.  Our divers reached their no decompression dive limits and began their return to the surface empty-handed but satisfied at the condition of the wreck. Mission accomplished!

If you want to see some cool underwater photos of the Olympic wreck, check out our last visit there in 2016!