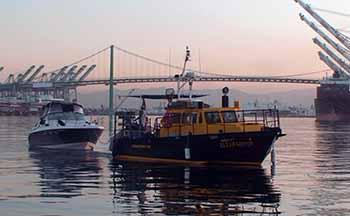 On Friday, September 6th, our flagship boat the Clearwater headed up the California coast, with our new boat, the Miss T, which was ready for action alongside our ole faithful vessel! This is the beginning of a new phase for ODA, as we expand into the northern Channel Islands and begin cleaning up the underwater habitats around Anacapa and Santa Cruz Islands.

We are calling this project: Operation Deep Sweep.

All the northern Channel Islands, and the waters immediately surrounding them, are designated as National Marine Sanctuaries (NMS). As such, they have been declared to have national significance worthy of protection, resulting in certain activities—such as fishing—being restricted within NMS boundaries. While this is significant and major progress from a conservation perspective, these areas do allow limited commercial fishing.

Lobster Traps – We Will Find You!

Around Anacapa there are several spots where lobster traps are set in high concentrations every year. And of course, a lot of them are lost when the buoys which are supposed to remain attached to the trap become separated. This is part of where ODA can make a difference. We are using a variety of methods to identify these areas and working to remove as much of the debris as possible. 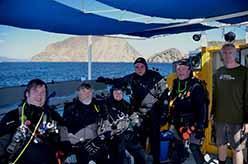 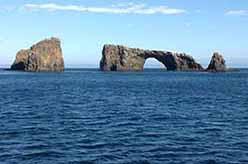 On Saturday, September 7th, we took the Clearwater out of our temporary mooring in Channel Islands Harbor (Oxnard, CA), and motored our way south to Anacapa Island. The ODA Dive Crew this day was: Chris Bell, Jeff Connor, Peter Fulks, Trevor Fulks, and John Krieger. Jim Lieber served as my first mate on the vessel.

We got an early start at 7am, and despite our sunny attitudes, we were met with a thick curtain of fog. I could only see about 150 feet, and this lasted until we got about three miles from the island; thank goodness for radar! When the fog did finally break, we were treated to a spectacular site: the eastern end of the island called Arch Rock. 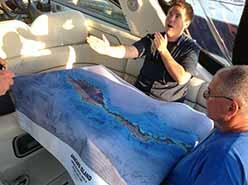 The waters looked really inviting, with deep blue colors and calm seas. We rounded the corner and paralleled the south side of the island. I decided to drop the divers in an area that one of the local divers, Jonathan Hanks, suggested we investigate. It is a site called South Central. I found an area that looked promising and the crew dropped down into 70 feet of water.

They didn’t find any abandoned fishing gear at that location, so for our next dive we dropped Chris and John into an area right at the tip of West Anacapa. Another local diver had told me that he saw a trap there last week, at approximately 30 feet. With no GPS coordinates, the divers had to do some searching, but they did find it. 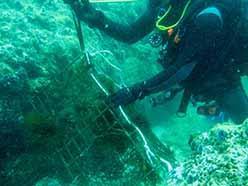 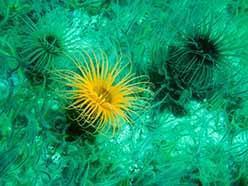 After we got the trap onboard, we headed back to port. The ride home was not uneventful; we had 3-4 foot swells hitting us on the port side, subjecting us to a pitch-and-roll ride all the way home! 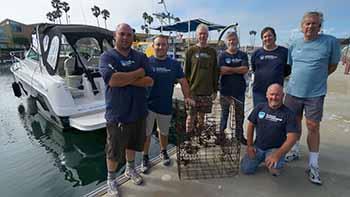 We arrived back at the marina about 3:30pm, and spent the next hour removing gear, cleaning the boat, and getting the Clearwater ready for her next outing.

I hope you will join me in thanking all of the volunteers who spent time sweating through the brutal heat wave we had in August as we worked on both of ODA’s boats to prepare them for this new journey. Here are the people who painted, scraped, prepped, and polished the boats: Jeff Connor, Jim Lieber, Lisa Davis, Chris Bell, Laura Moser, and Beth Deck. I would like to give a special shout out to John Krieger, who did more work than anyone, as usual. His efforts and time are much-appreciated and the oceans benefit greatly. We also have some new local volunteer divers from the Ventura County area whose energy—and personal experience of the regional waters—is already proving highly valuable. Big thanks to all! 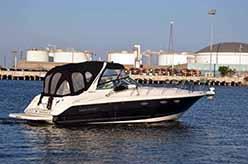 In addition, a HUGE thank you goes out to Tatiana Frietas, who generously donated the new boat to us in August. We have affectionately renamed the boat “Miss T” in her honor. It is a beautiful boat with crew sleeping quarters that allow us to stay out on longer excursions and save on lodging when we are operating far from ODA’s home port.

Last, but certainly not least, I again offer heartfelt thanks to television celebrity and life-long animal advocate Mr. Bob Barker. Without Mr. Barker’s generous support, ODA would not have been able to conduct Operation Deep Sweep. With his, and your, support, ODA will continue to conduct our life-saving, deep-sweeping, work in defense of the oceans.

Many other wonderful donors have helped to supply us with the needed funds to make all the expensive repairs and upgrades to our fleet. Because of all of you, things are looking up for ODA, and the oceans!

ODA intends to continue Operation Deep Sweep as far into the month of October as weather and resources permit. If you’ve been considering a donation to ODA but have been waiting for “just the right time,” that time is now! Please help us help the salty ones with a donation today!