Plastics Wreak Havoc on Wildlife Near and Far

Here it is, early March, and the rains have been relentless…Well, not really, but it did drizzle in certain areas. I guess to a Californian like me, that’s relentless! ;-)

What is relentless for sure is the large amount of plastics the waterways deliver as they head full steam to the oceans. 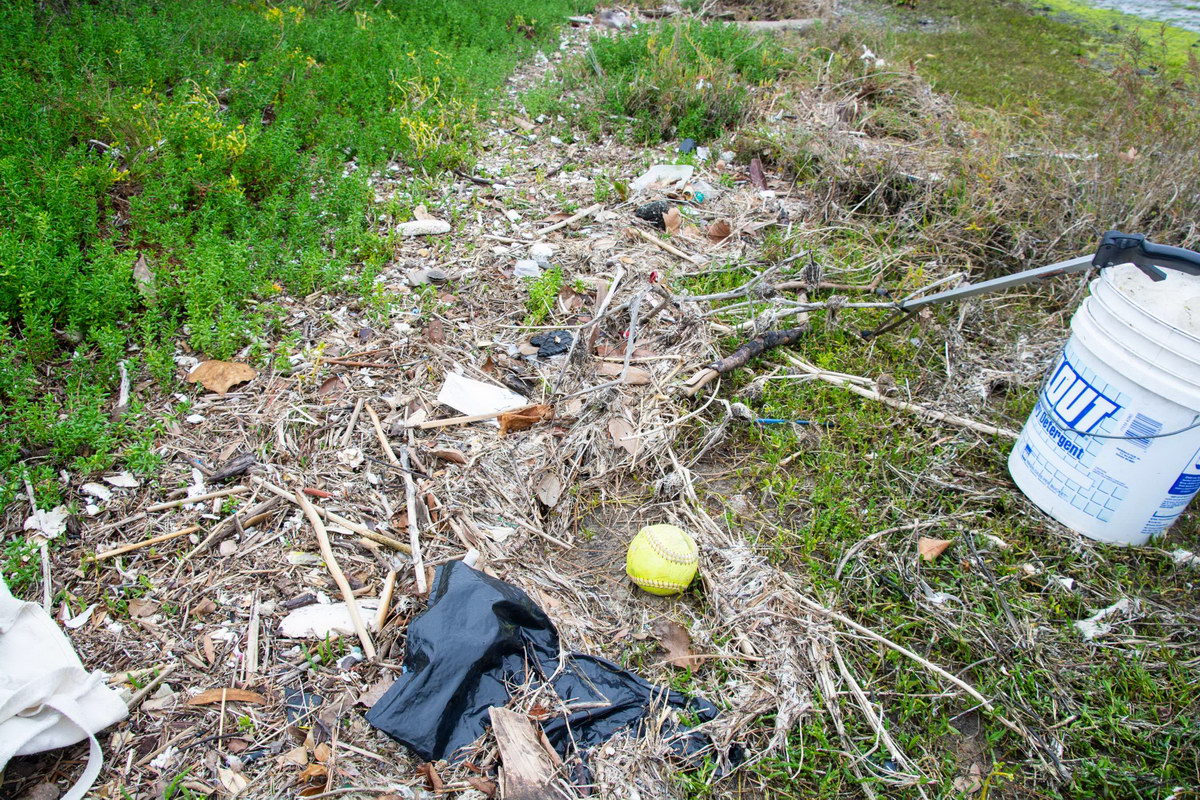 Knowing this, a few of us got together on a dreary Sunday morning, March 7th, on the shores of the Seal Beach National Wildlife Refuge (SBNWR).  This is a spot where the fresh water makes its way to the open ocean; almost all that plastic debris never to be within reach of humans again…

But it doesn’t get by everyone

A few weeks ago, I read about a new species of whale that was recently discovered.  It’s a whale that lives exclusively in the Gulf of Mexico.  No other whale species lives its entire life in the waters of one country.  This animal is so new to science they don’t even have a name for it, but the popular vote is to call it the American Whale.

The American Whale is thought to be a subspecies of the Bryde’s whale pictured below. 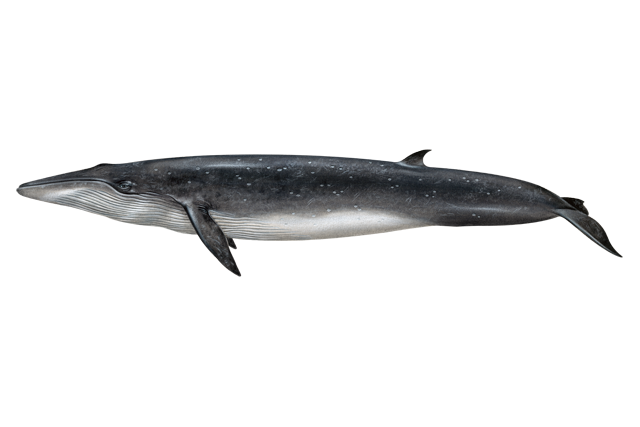 When first discovered, scientists estimated that there were about 100 individuals.  But due to the intensity of the oil and gas industry in those waters, as well as the pollution from the Deep Water Horizon oil spill, their population has fallen to less than 50 of them left.  The day the article came out, it was revealed that one of the animals washed up dead on a beach in Florida.

When biologists did a necropsy on it, they found out the reason for the death.  A broken piece of plastic, about the size of a credit card, had gotten into its stomach and put a huge slice into the stomach lining.  It died a slow agonizing death of hunger and most likely infection from the wound.

Just sickening to think about it, and when we started our cleanup of the SBNWR, I let everyone know what had happened and why it was so important for us to get as much plastic out of the Refuge as possible.  We dedicated the day’s efforts to that lonely, but NOT forgotten, American Whale.

We met up in Huntington Harbor at 10am, timing it with the low tide.  Volunteers on this overcast day were: Pete Markel, Tre Markel, Kent Morris, Hannah Nelson, Linda Nicholes, Mark Ryan, and Silke Turner. 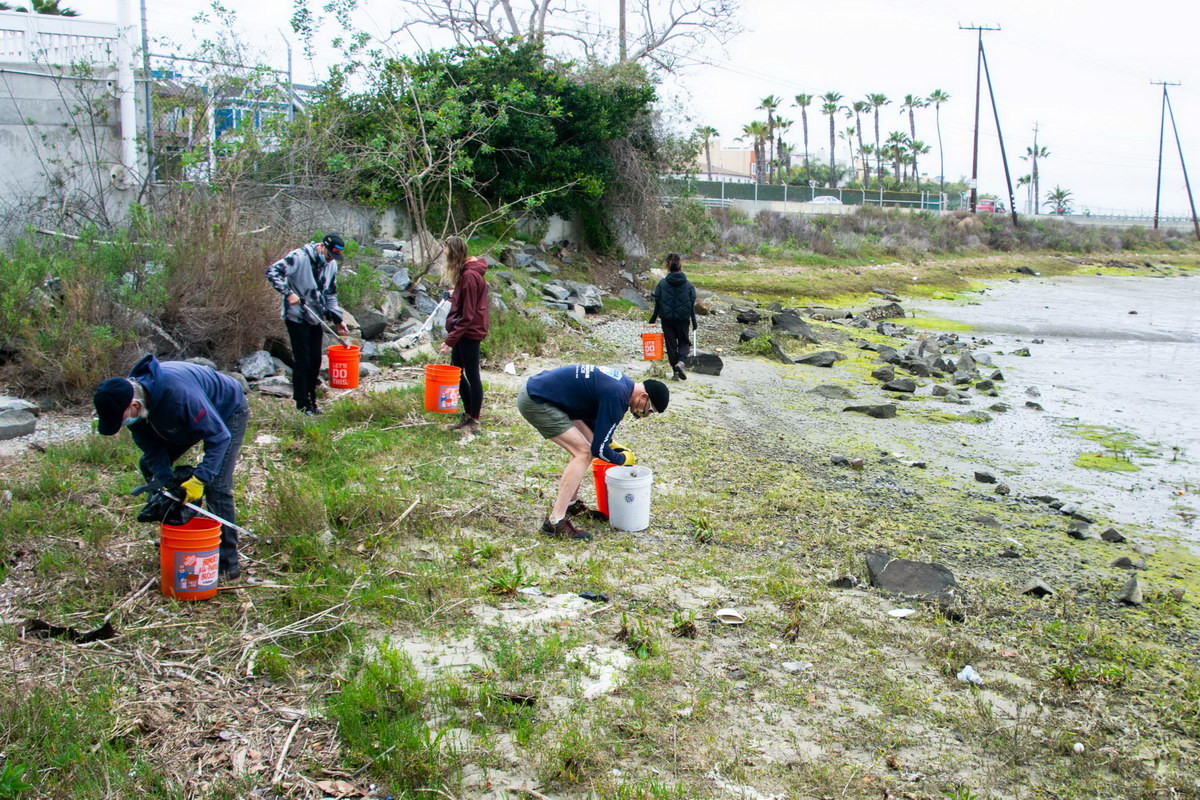 Even though we had cleaned this site a few weeks ago, the rains delivered lots and lots of different debris.  Ninety percent of it – plastics.  Also removed were bottles, caps, Styrofoam, bags, gloves, protective masks, and scads of unidentifiable stuff.

While we all had our hearts and minds on the task at hand, occasionally I'd take a look around to see if any unique birds were within sight.  Sure enough, I saw three red-breasted Mergansers.  That was my first sighting on the year.  They breed up in Canada and Alaska, then make their way south to get away from the freezing north winds. 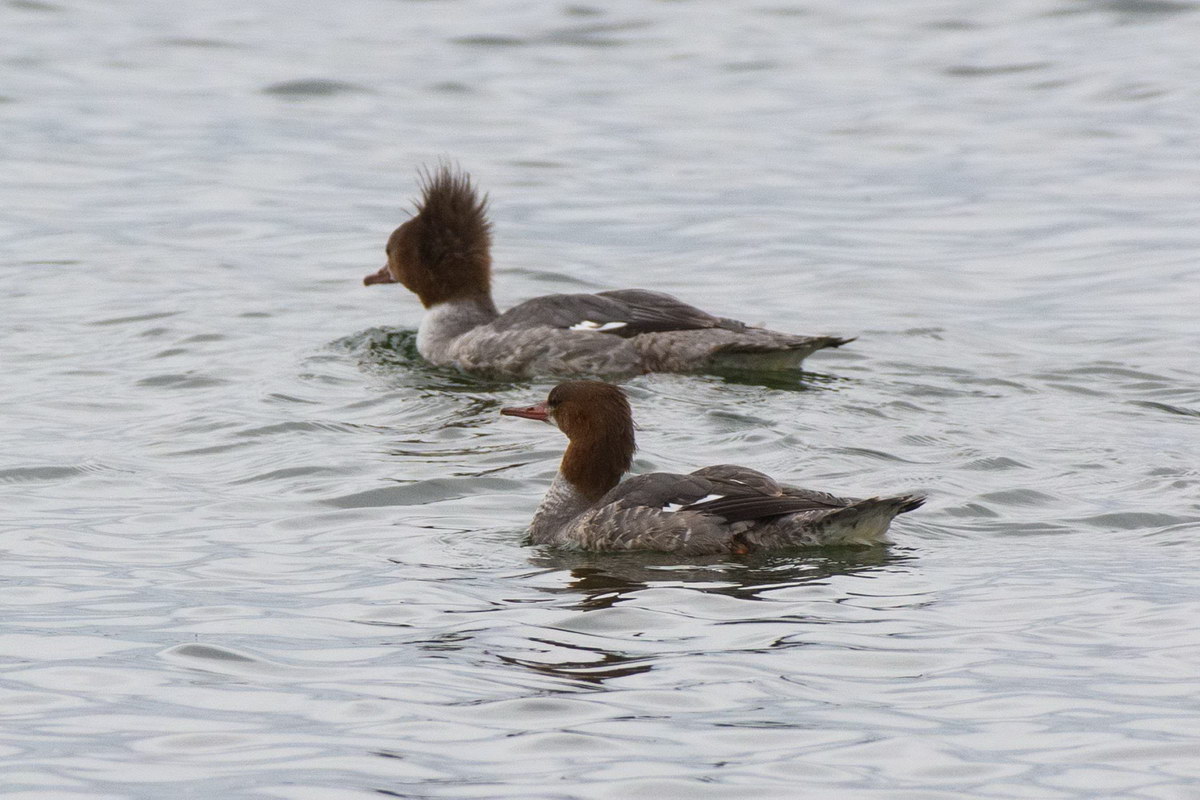 Then I spotted another seasonal visitor, a pair of buffleheads, with four chicks following close behind.  Ducks don't get much cuter than these smallish birds.  The adults are only 12-15 inches long, but they have clutches between 4 to 17 chicks. 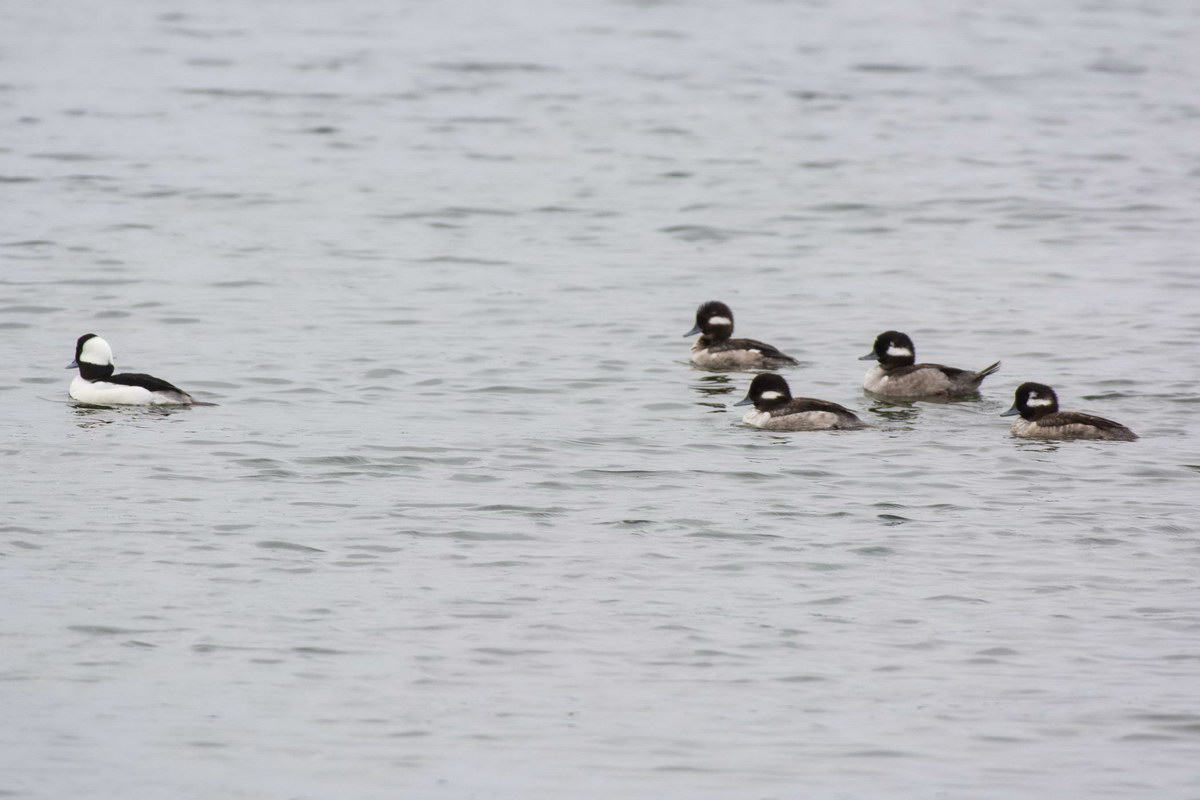 Lastly, up on a telephone wire I saw a huge red-tailed hawk scoping out the scene, no doubt sizing up its next meal, although he looked pretty full to me. 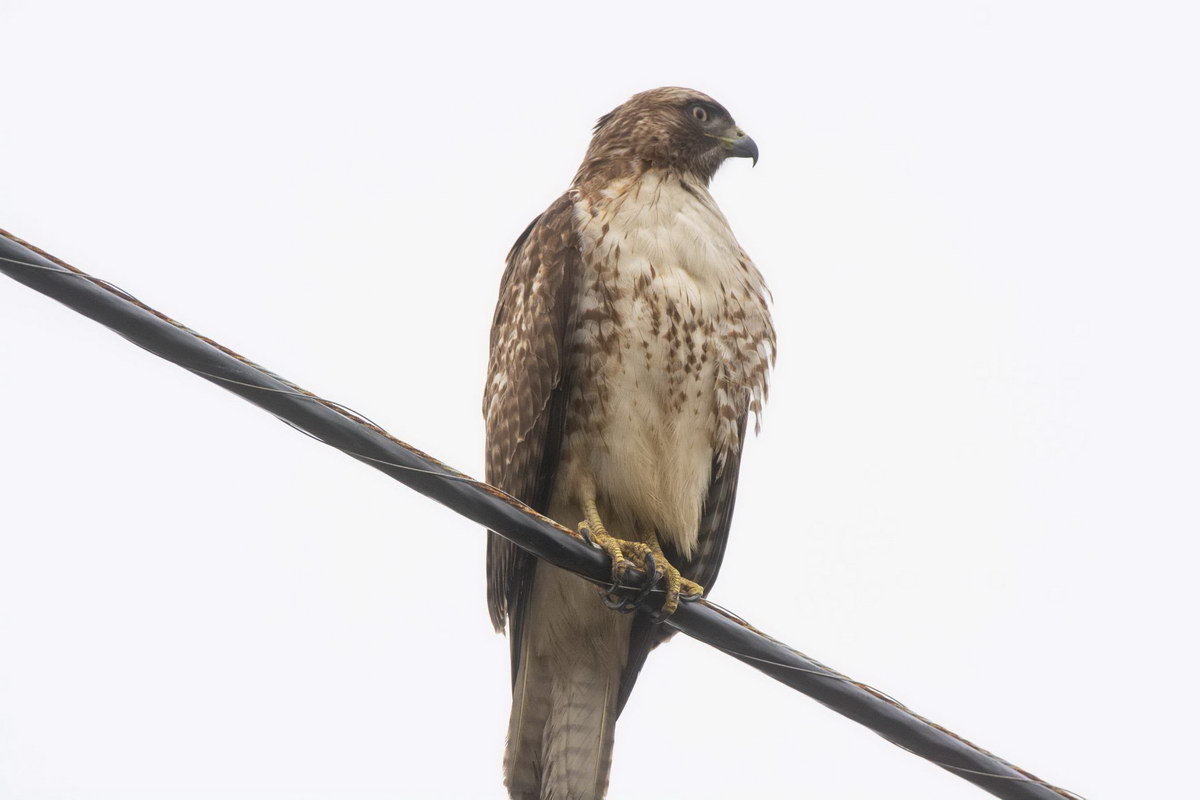 We removed all the large items in about two hours, and then started in on the small stuff only to realize that there was no way to get the tiny particles out of the high tide line without spending weeks doing it.  So, we packed all the debris in our garbage bags and called it a day. 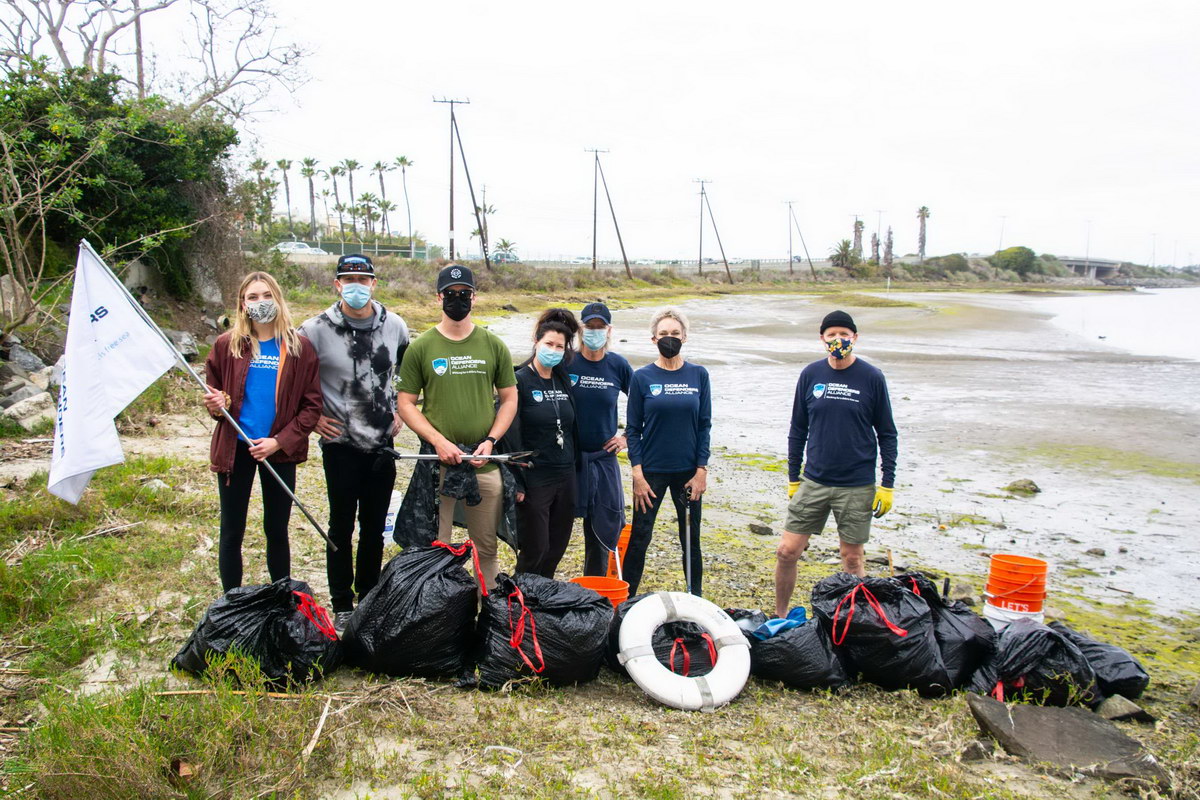 Thanks Pete, Tre, Kent, Hannah, Linda, Mark, and Silke for giving up your Sunday to make the waters safer for our ocean friends.  While we humans can just go home, turn on the telly, and block out the real world, they can’t escape the onslaught of plastics on their watery homes.

Click here to read to one of the articles about the deceased whale.