If you’re like me, you’re pretty tired of all the political divisiveness that’s running through our lives on a daily basis.  Right now, it is really stressful just trying to have a conversation with someone who is on the opposite side of just about any topic that means something to you.

It’s been the same between environmentalists and the fishing industry for decades.  It all came to a heated point in California around 2008, when the State held public meetings about establishing Marine Protected Areas (MPAs) up and down our coast. 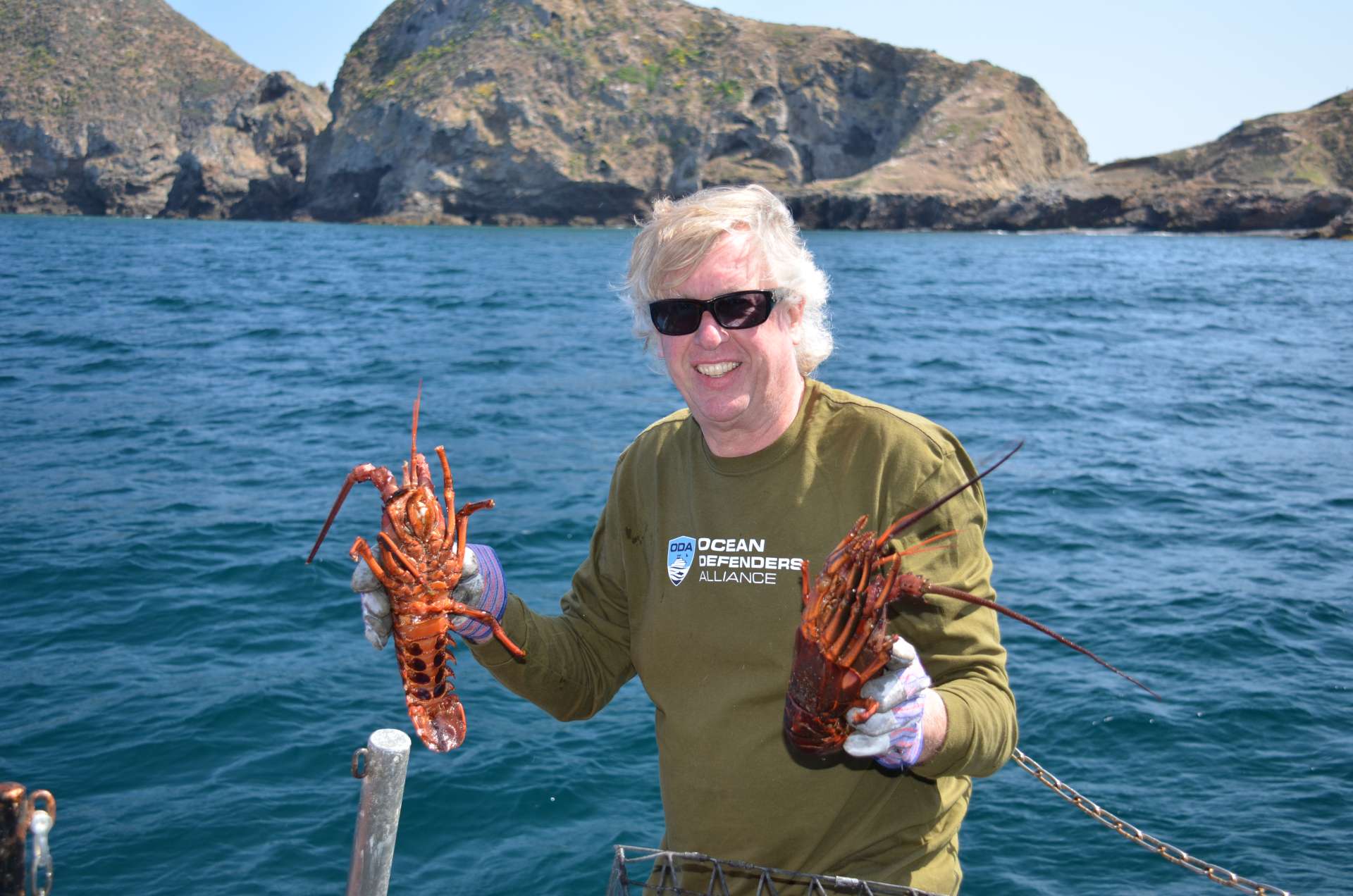 Captain Kurt happy to be releasing 2 lobsters found in a trap just outside an MPA (Frenchy's Cove).

I attended many of those public meetings, and can tell you from firsthand experience, those meetings were tumultuous, to put it mildly…

California wanted to establish certain areas of our state waters to be free of fishing, in order to allow fish populations to rebound from decades of overfishing.  Scientists who studied the effects that already-established MPAs had had in other parts of the world wanted to see 30% of our coastlines set aside as either “no-take” or limited take areas.  The fishermen wanted no more than 10%, or less.

No-take means that no animals could be taken out of the area, whether by commercial or recreational fishermen.  Limited take, would allow for specific species to be taken (lobsters or rockfish, for example) but all others to be left alone. 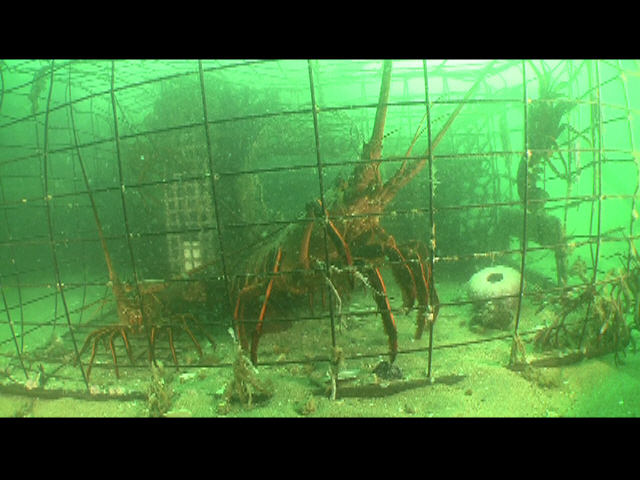 The state tasked the California Department of Fish and Game to set up a commission with the unenviable task of listening to both points of view – fishermen and conservationists – on what would be acceptable to both parties.

What I heard repeatedly from the fishing community was that there was no proof that MPAs were beneficial to the fishermen nor the animals that lived there.  Obviously common sense held no sway over that argument.

In 2011, the Fish and Game Commission established that 16% of California’s coastal waters were to be set aside as MPAs:  9% as no-take zones and the other 7% allowing for partial take.  While not even close to the 30% the scientists had recommended, at least it was a start.

Over the last couple of weeks, two scientific studies were released that definitively state the importance that protected areas are having for the fish as well as the fishermen.

You can see from this picture that the fishing community knows all about the positive effects that closing an area to fishing can have. 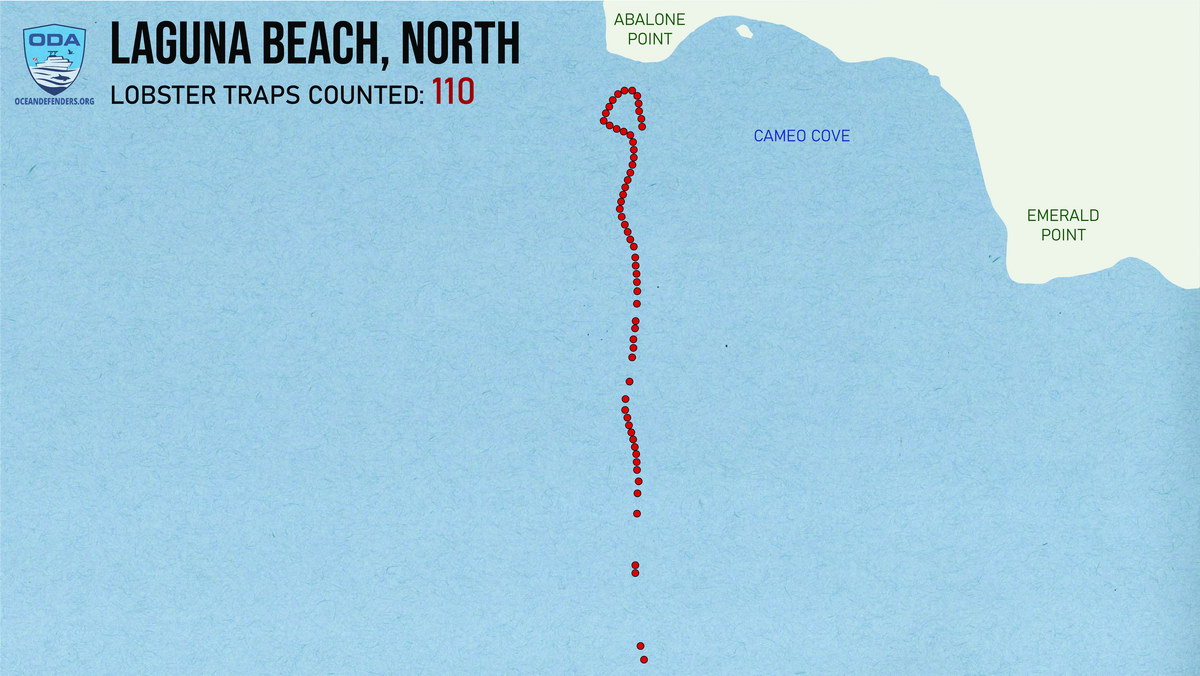 This is the north border to Laguna Beach’s MPA.  The protected area is to the right side of all those traps, and the left side is not protected.  It’s what’s known as “fishing the line.”

Here's a photo from the air, looking down at a line of traps. 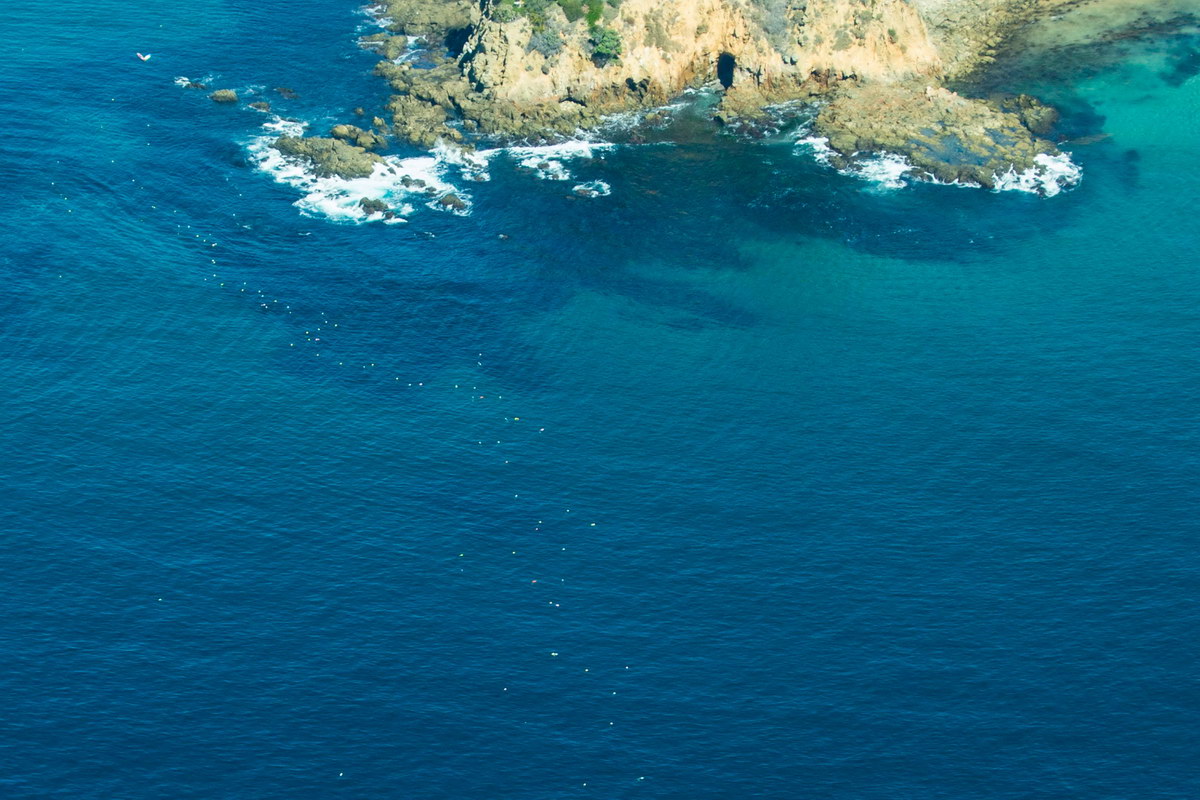 The study looked at a timeline of six years before the MPA’s were established, and six years afterwards.  This gives a nice historic window to look at what happened over the 12-year study period.  So, despite having 35% of their fishing grounds taken away from them (based on the size of the MPA), the result was a 225% increase in lobsters being caught.

Another study that was just released looked at what happens when fewer traps are set.  Does the targeted species (lobster or crab) population increase?  Decrease?  Stay the same?  What does their health look like?

This report looked specifically at the issue of what effect the density of traps set has on the animals.  What they found was that where traps were set in high density the fishermen caught 19% less crabs and 35% less lobsters than in areas where there were lower densities of traps set.  In addition to that the animals were 7% lighter in the high density trap sets than in the lower density areas.

The Results are Clear

So, the conclusion is that less traps equals heavier animals AND more of them.  This means that by reducing the number of traps set, the fishermen don’t have to put in as much effort and money to catch more lobsters and crabs.  This saves time, fuel, and wear and tear on their boats. 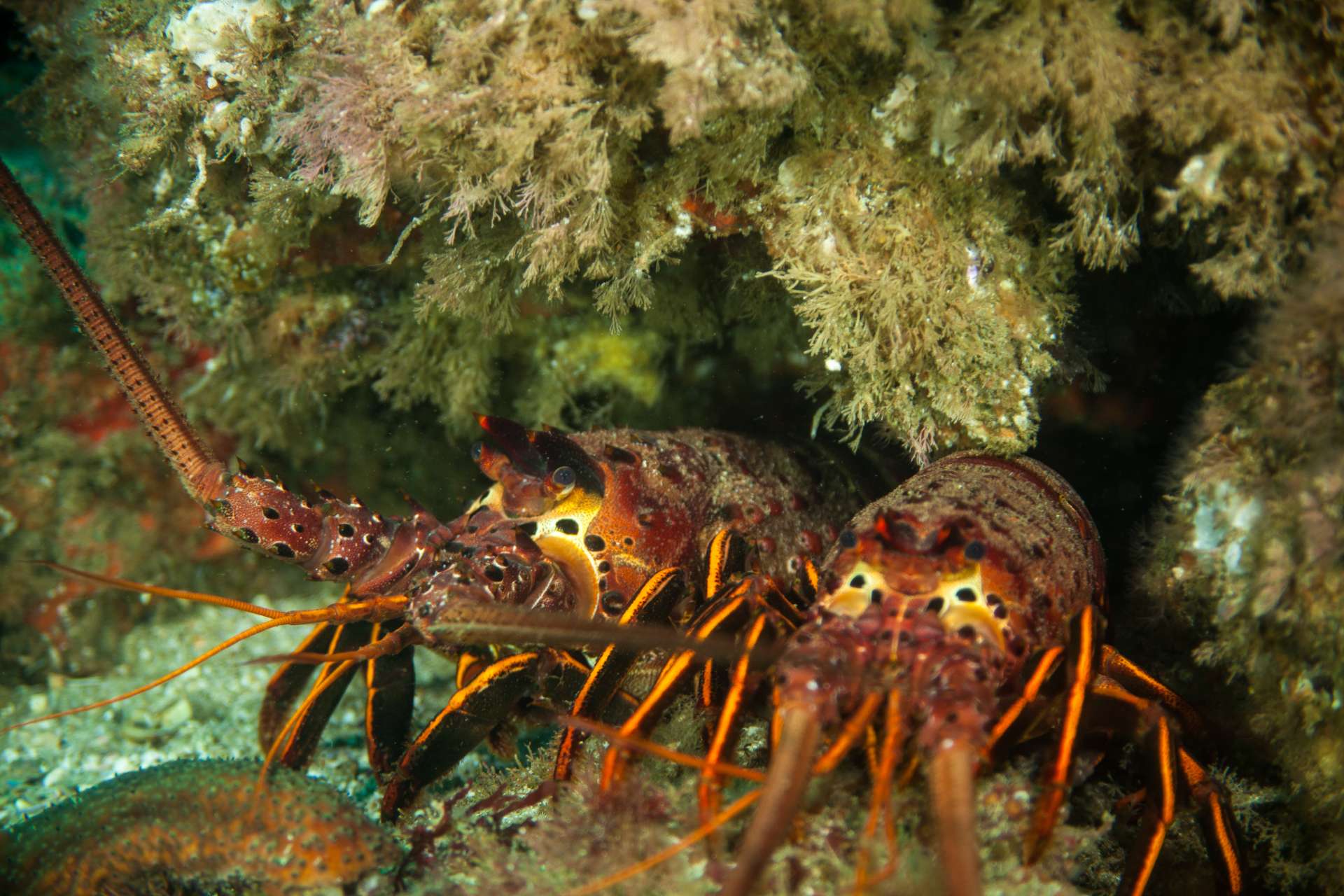 While all this revolves around the money-making aspect of fishing, let’s not forget the positive effect all this has on the ecosystem as a whole.  After all, it’s not just humans who eat these lobster and crabs, there are other animals that feed on them that benefit, too.  Seals, octopus, otters, sharks, eels, and other fish all eat these critters at some point in their lives.

We now have irrefutable proof that MPAs work as intended and reducing the number of traps can result in higher yields for the fishermen.

Anybody up for increasing California’s MPAs to 30%?  Say AYE!

Here are links to the two reports: