‘Protected’ marsh and its wildlife needed defending by ODA

Last week, we finally, FINALLY, got some of the much-needed rains that Southern California needs.  But of course, with those rains comes a flood of plastics into our water drainage system… 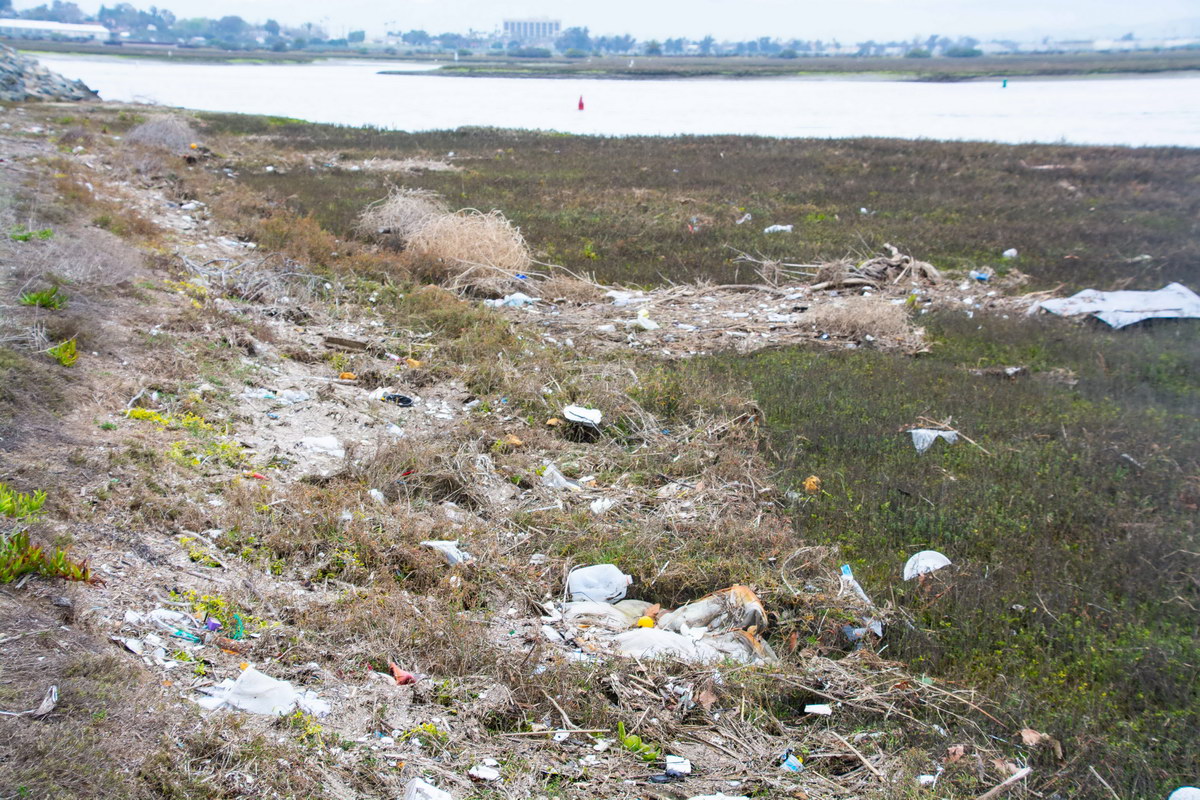 As soon as the rainwater starts making its way to the oceans, it washes our lawns, streets, and freeways of all the plastics that have been accumulating for the last 9-10 months.  So much of it, that the amount of debris overwhelms our ability to contain it, and then our last chance to catch it before it gets to the oceans is at the mouth of the rivers.

Which bring us to Huntington Harbor.

The harbor seems like an idyllic paradise because of all the fancy houses and even fancier boats that line the waterway. 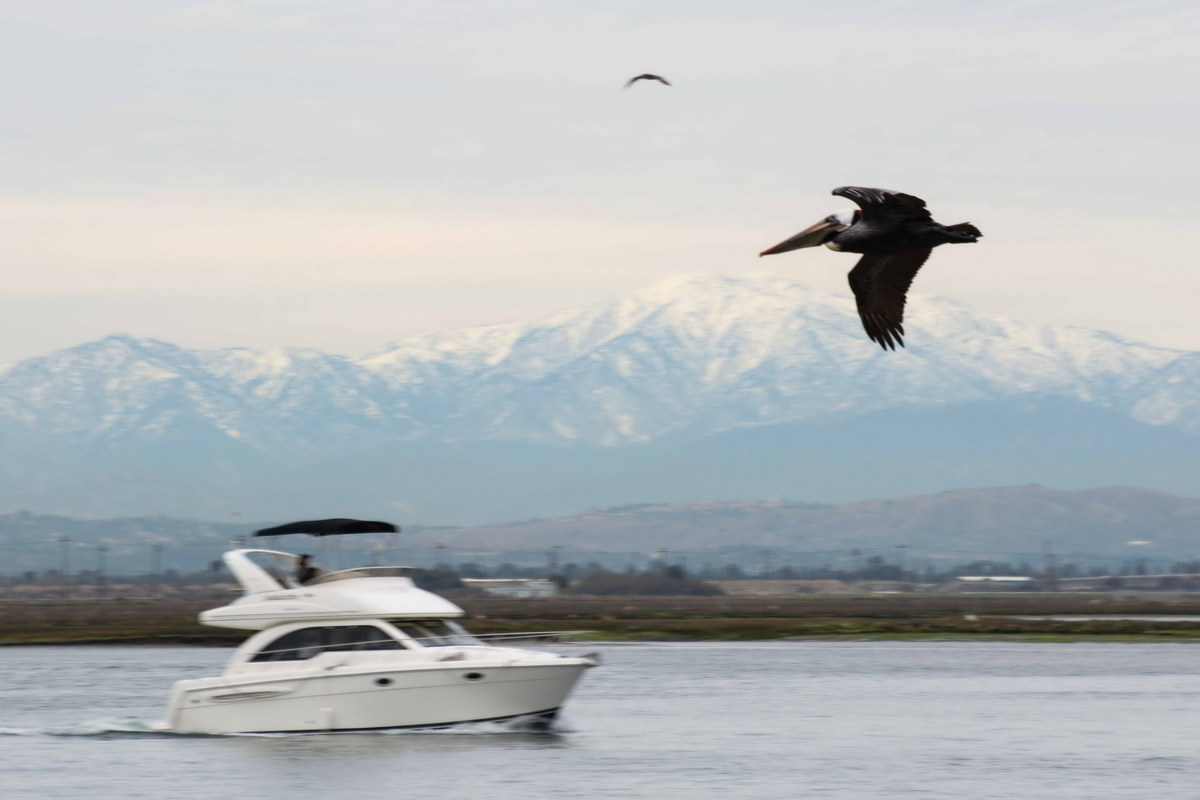 But once those rains bring all the garbage from all the inland cities, it turns into a cesspool.  There’s a saltwater marsh between the harbor and the ocean, called Seal Beach National Wildlife Refuge (SBNWR).  This marsh includes hundreds of acres of tidal mudflats that provide a vital function in the environment.

Because of all the grasses and vegetation, the marsh stops a lot of sediment and filters out a lot of the harmful chemicals that would otherwise pollute the ocean.  But for the last 100 years or so, tons and tons of plastic particles and pieces have clogged up the marsh.

The amount of plastics that get caught there is not just a visible blight, but it kills lots of animals that eat it, get tangled up in it, and get sick from all the contaminants that attach to the plastic.

ODA volunteers react to this by getting out and doing something about it.  On Sunday, January 31st, eight of us made a day of it by removing as much as we could for the better part of three hours.  It was a cloudy day, and the rains had turned to snow up in the surrounding mountains.  While doing our cleanup we saw a flock of marbled godwits hunting for small critters in the mud, pelicans diving for fish just offshore, and some surf scooters diving under the water to feed off the eel grasses growing on the bottom. See the beautiful surf scooters here: 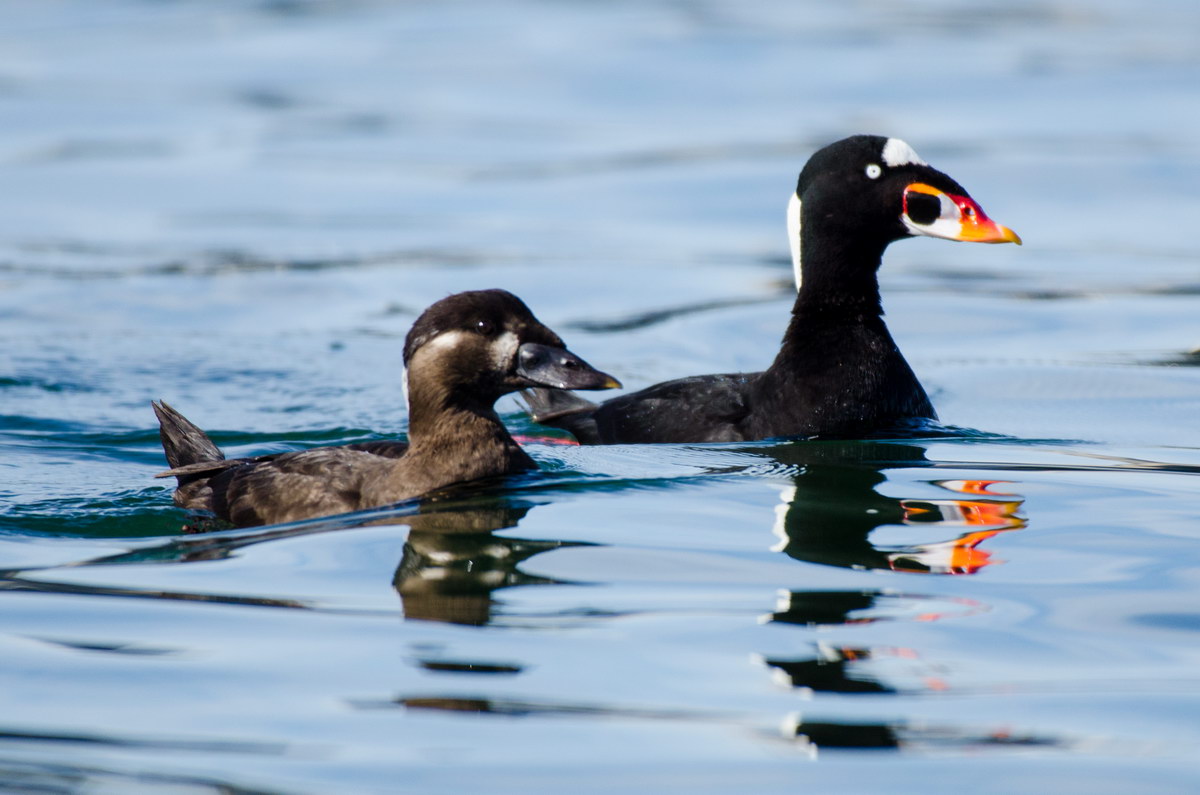 There’s a wide array of wildlife here including tube worms and sea stars, rays and sharks, many varieties of sea birds, and even an occasional green sea turtle. U.S. Fish & Wildlife lists three species as threatened or endangered: light-footed clapper rails, California least tern, and the Eastern Pacific green sea turtle. We’re happy to defend all of these precious animals! Please come join us some time (or conduct a similar cleanup in your local area). 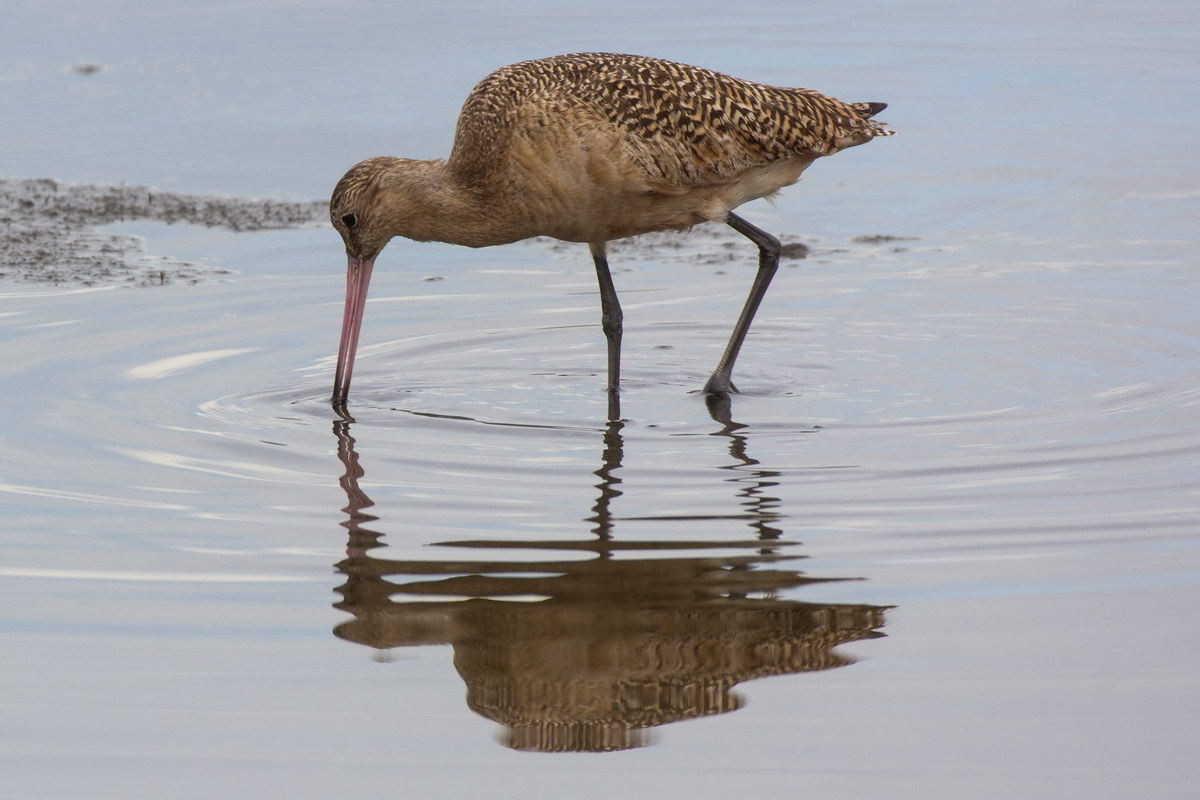 Here is a lot of the gang -- all concetrating on picking up tiny pieces of trash that birds could mistake as food. 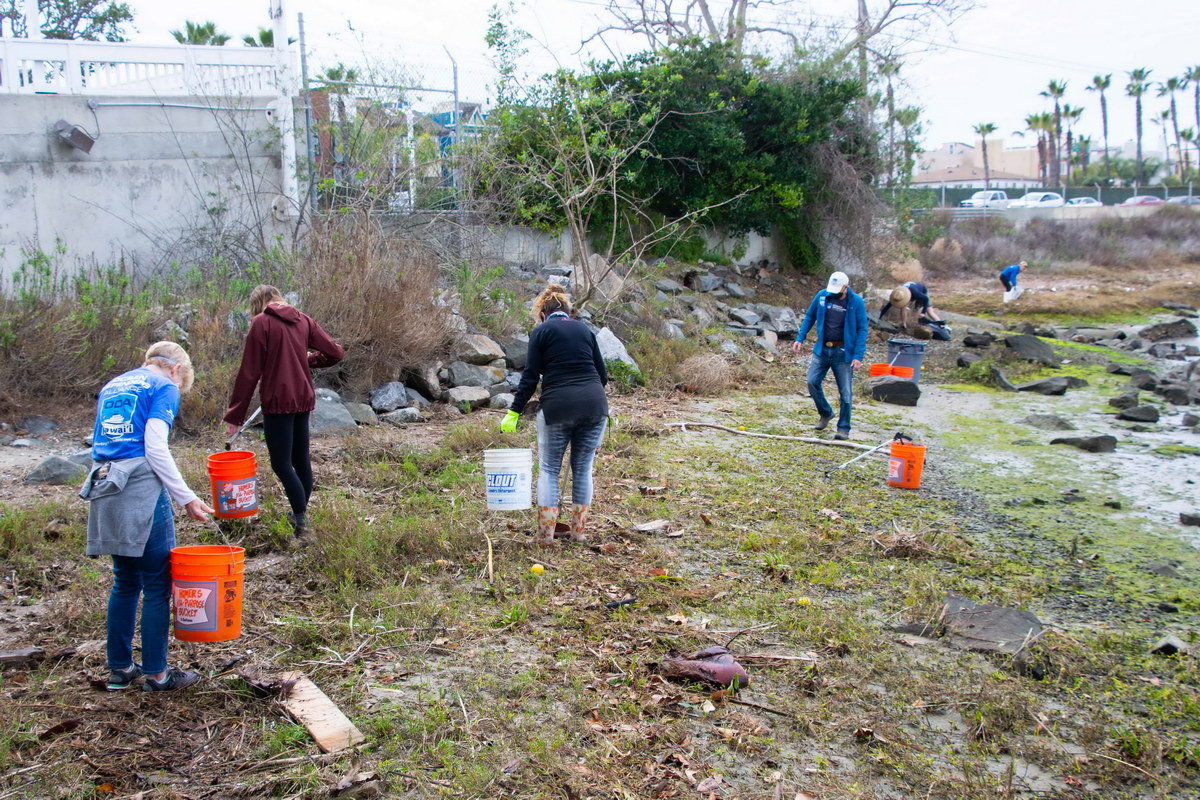 We started out by cleaning an area closest to our entry point.  We found it really slow going as there was so much small stuff we hardly made any progress for the first half hour. 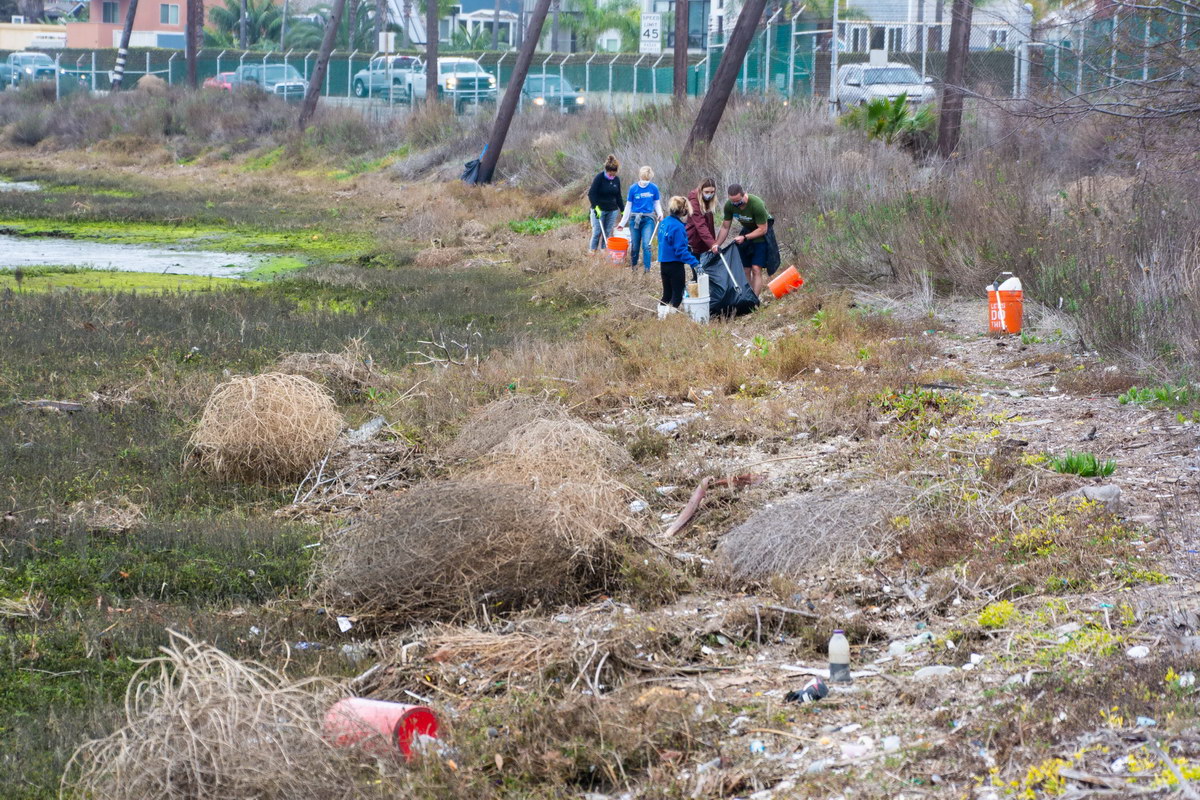 Then Pete and Hannah decided to go to the far end of the site to see what it looked like out there.  Oh my, what they found!  This is THE last piece of land that those plastic pieces will see until it makes its way to the Pacific gyre.  The gyre is a vast area of the Pacific where trash swirls around until it either sinks to the bottom or get washed up on some far away shore…most likely the Hawaiian Islands.

It was appalling to see so many big pieces out here, but at least it made it easier for us to pick up, and made you feel like you were actually making a difference! 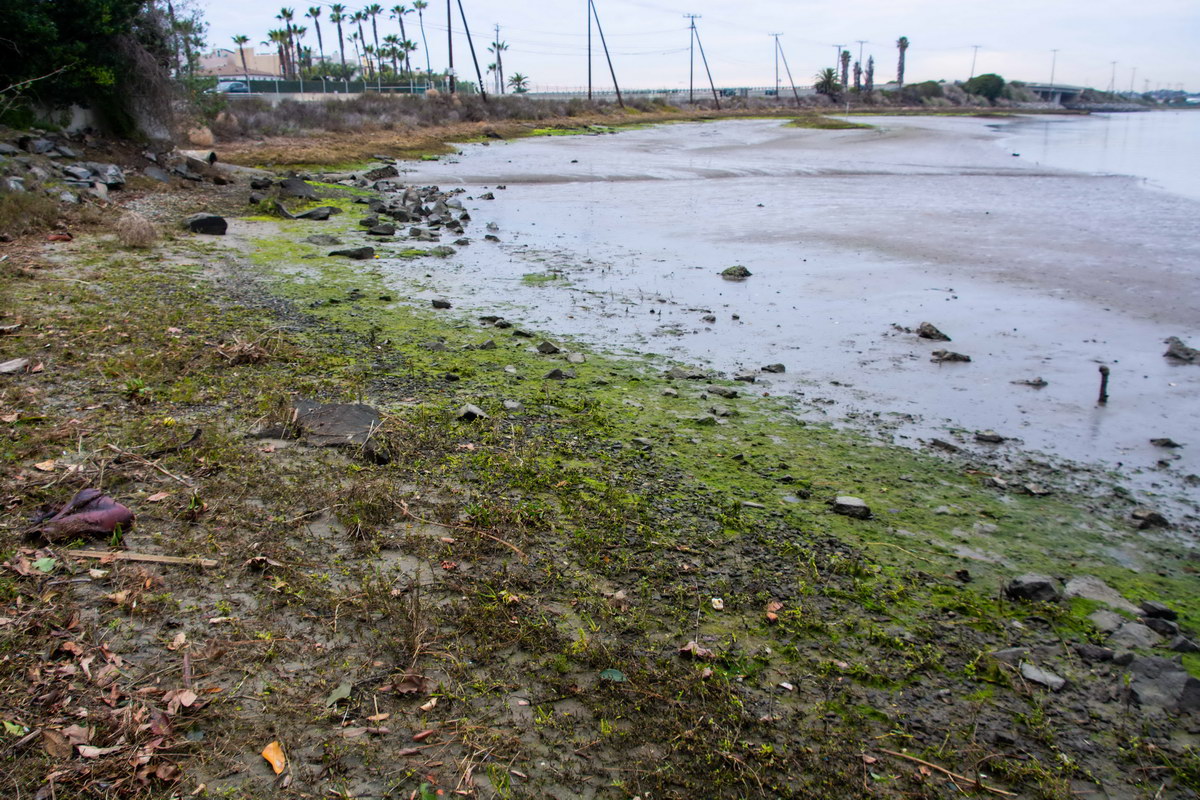 And a difference we did make.  When we ran out of garbage bags to store the debris in, we called it quits and agreed to come back another day and try to finish the job. 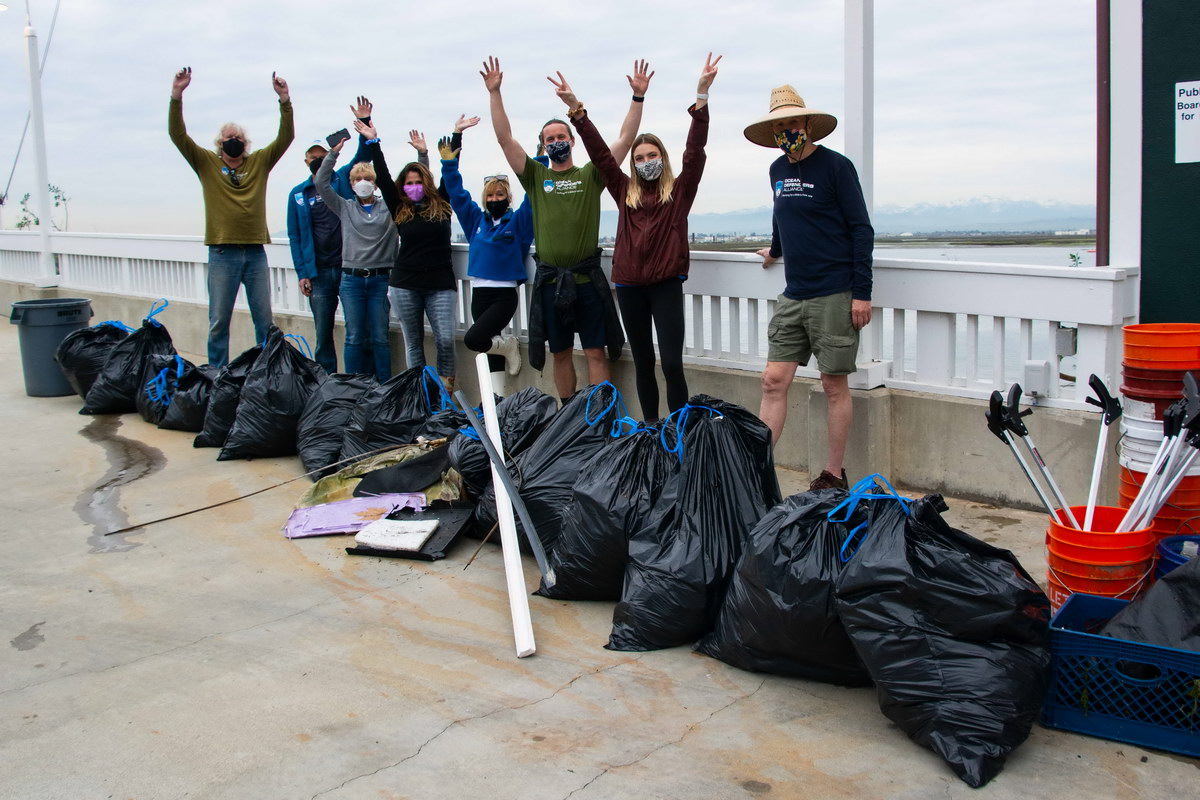 Ocean Defenders Crew with catch of the day

In all, we removed 16 garbage bags full of stuff, for a total weight of about 480 pounds.  We were all worn out, but had our spirits lifted knowing that almost a quarter of a ton of trash will NOT be makings its way to the middle of the Pacific…

See more photos of our progress and the SBNWR wildlife in the gallery below!