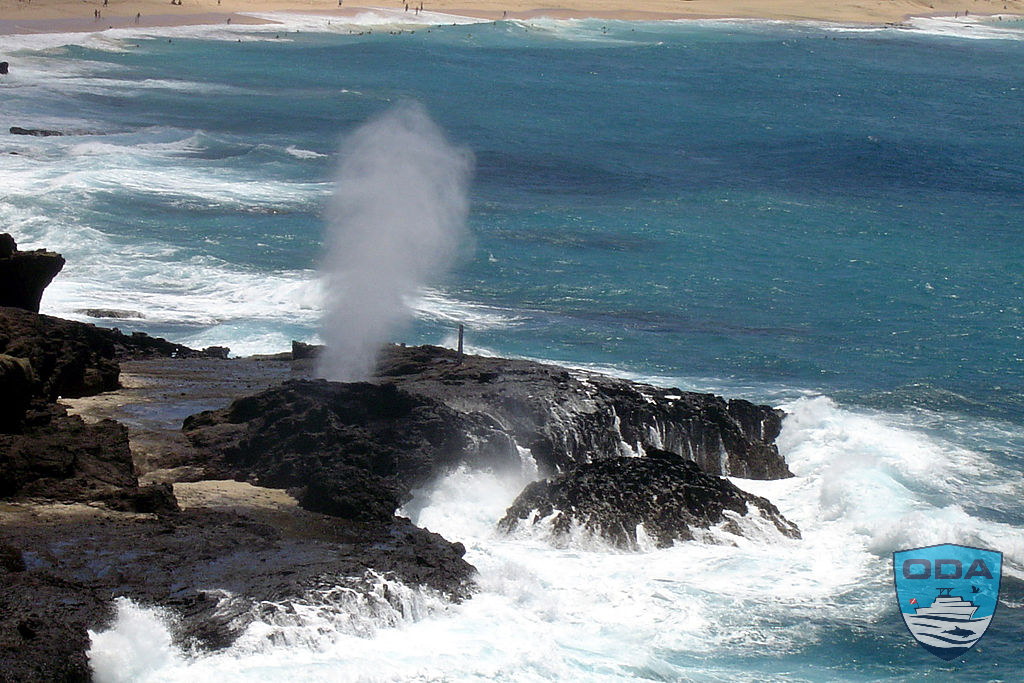 The trade winds come from the northeast, and they were up this day.  The waves were pushing into the cove and up onto the beach but since we had ODA scooters for each diver, we decided to go for it. 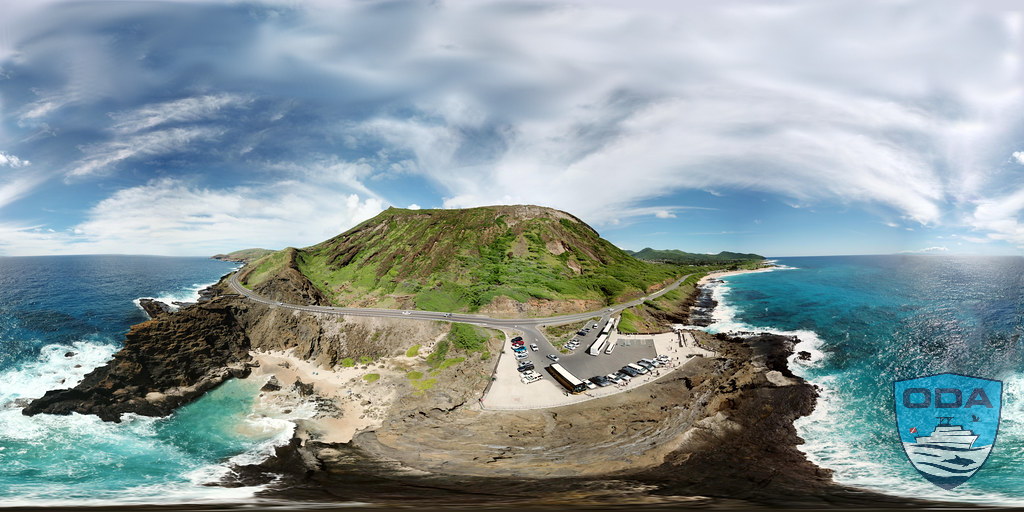 ODA provided most of the equipment and logistical support on this cleanup. Divers were Bart Jingst, Don Oberheu, Dean Karamehmedovic, and Josh Rogers from Sea Lancers Diving Club and I represented ODA. 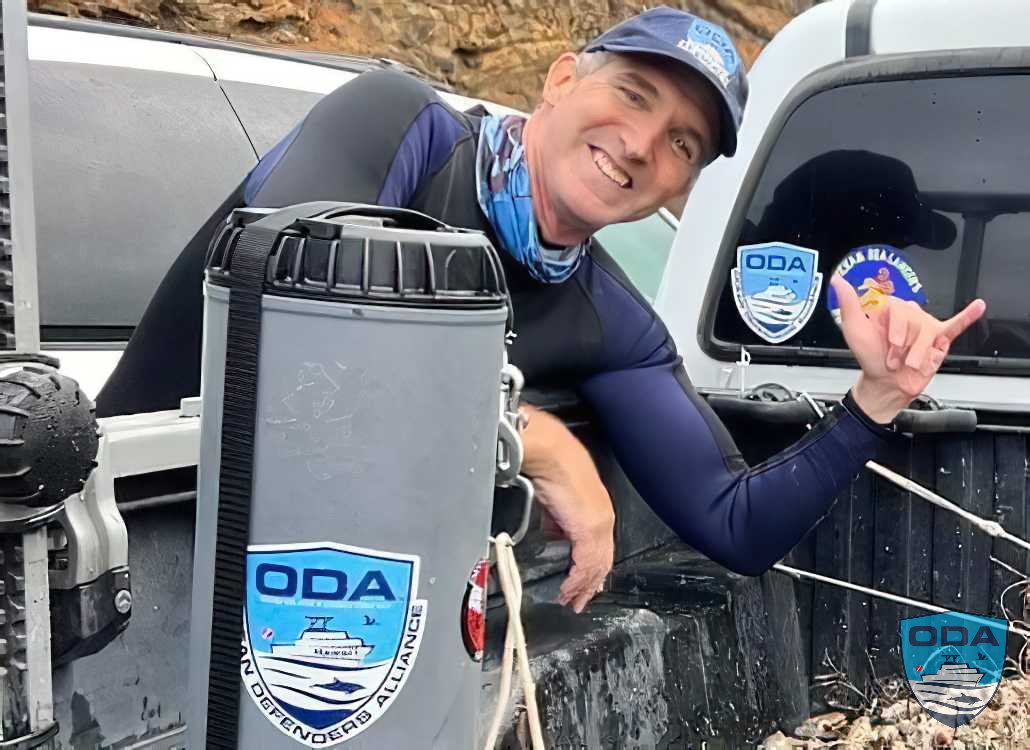 Editor's note: We had to share a
photo of our humble, hard-working
Dive Team Leader Glenn Roberts!We entered the water at 7:30am and scootered out to the drop point.  We buddied up on the surface, waves washing over us, and agreed on the dive plan, especially how long we’d plan to be down and who would man the lift bags.

Heading south along the wall and pinnacles area where all the recreational fishing tackle gets hung up, we set up our work area at the end of the wall right below the fishermen.

There were live hooks and line in the water, so we had to keep a sharp lookout for those.  Bart and Don removed debris up on a ledge at about 35 feet. Dean, Josh, and I were in a rocky area on the sand at about 50 feet. We had 130-cubic-foot steel air tanks and we needed all of it!

After 45 minutes or so we gathered together and used our spare regulators and LPI hoses to inflate the lift bags. It’s critical that they are inflated only enough to make them slightly positively buoyant. If they are too positive, they start to ascend and as they do the air in them expands as they move up from 2.5 atmospheres (50 feet) to 1 atmosphere (the surface) very quickly. There are dump valves on the lift bags, but it takes two hands to manage them, and with the scooter and other gear it’s hard to dump air quickly.

Dean and Bart headed back to the cove first and were able to cut through the current which had picked up dramatically. Don, Josh and I were about 15 mins behind, and the current was RIPPING.  We could not cut through it towing the heavy bags at full throttle.  Even the Subgravity Ecos underwater scooter was not moving us (that’s a first).

At that point we were getting low on air, so we decided to leave the bags on the bottom for later retrieval. Dean and Bart made it back to the beach with 165 pounds in their bags. The photo below is this first batch of debris. 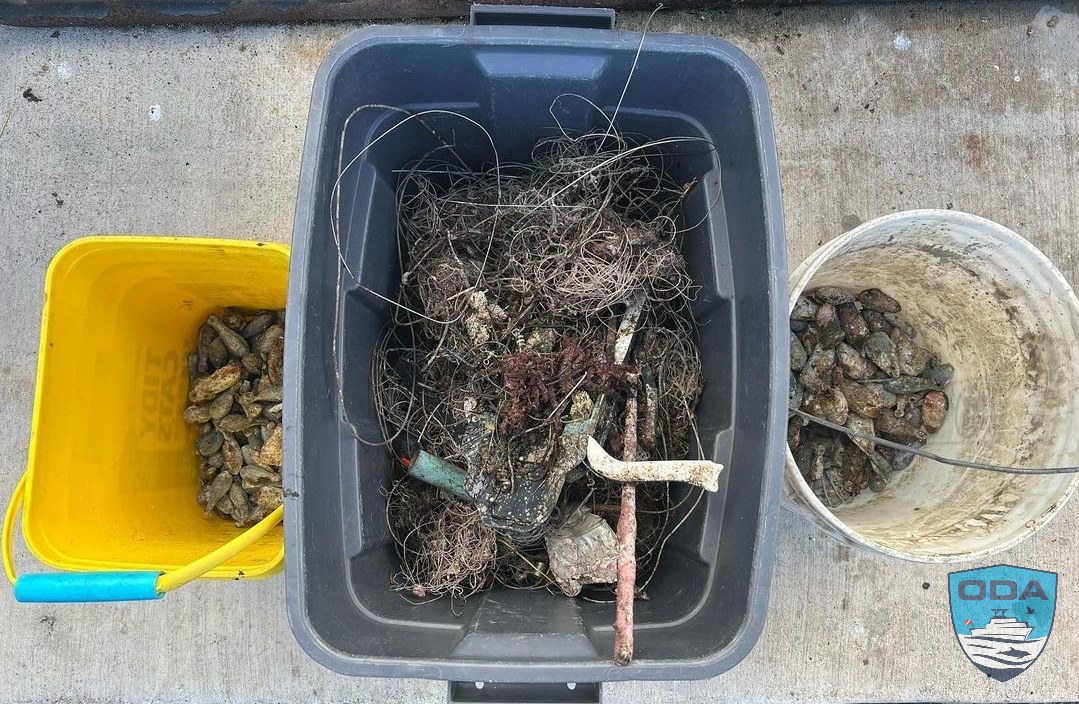 We returned with the ODA scooters the following Friday, October 21st, to retrieve the two full cloth bags and lift bags. They were exactly where we left them (somehow, I figured the current would sweep them all the way to Molokai or a fisherman would hook them 😊). We grabbed them, added some air to the bags and headed off. The current cooperated and we made it back to the beach in 30 minutes. The photo of the lead in the pickup truck shows that additional 75 pounds of lead for a total of 240 pounds, which is a record one-outing haul for ODA-Hawai'i! 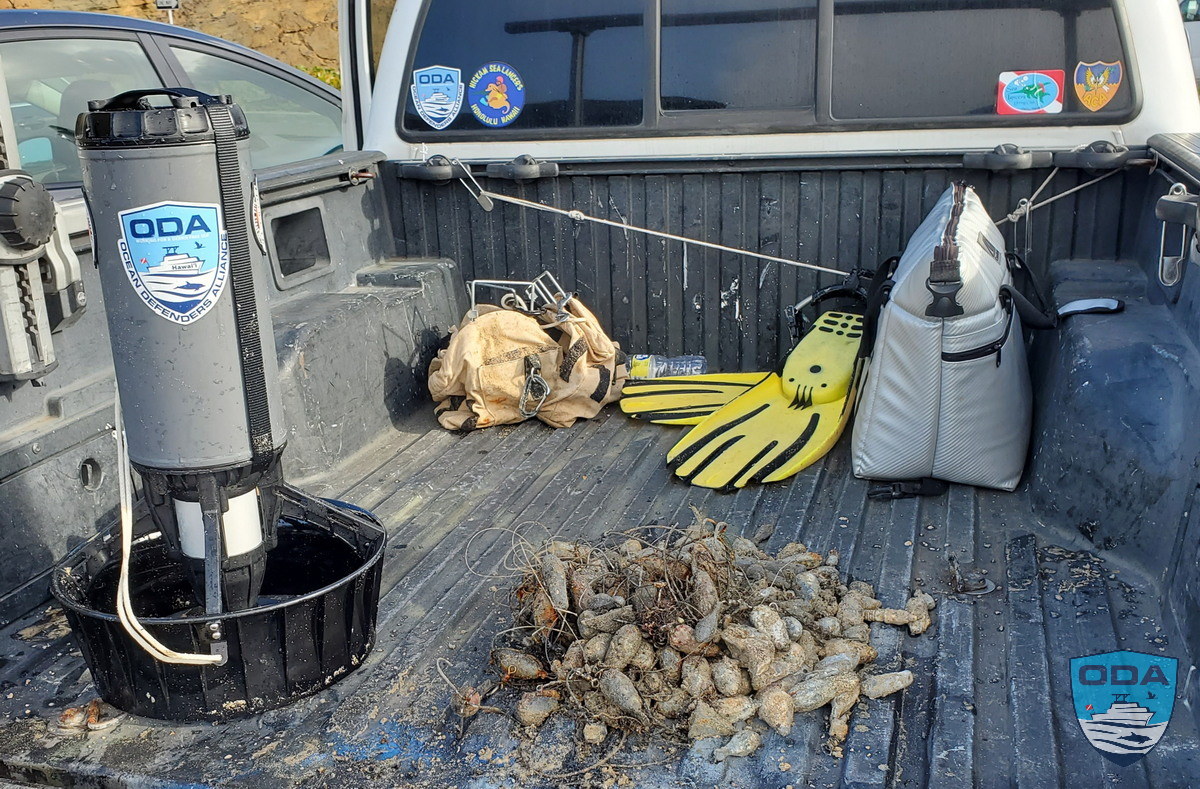 Sea Lancers kept the lead to melt it down into dive weights. They provide the lead to members and instructors on the island who are always in need of dive weights which are very expensive. They also generously donate air tanks to these independent instructors. ODA is happy to have them as a partner.

Check out more about what ODA-Hawaii does!