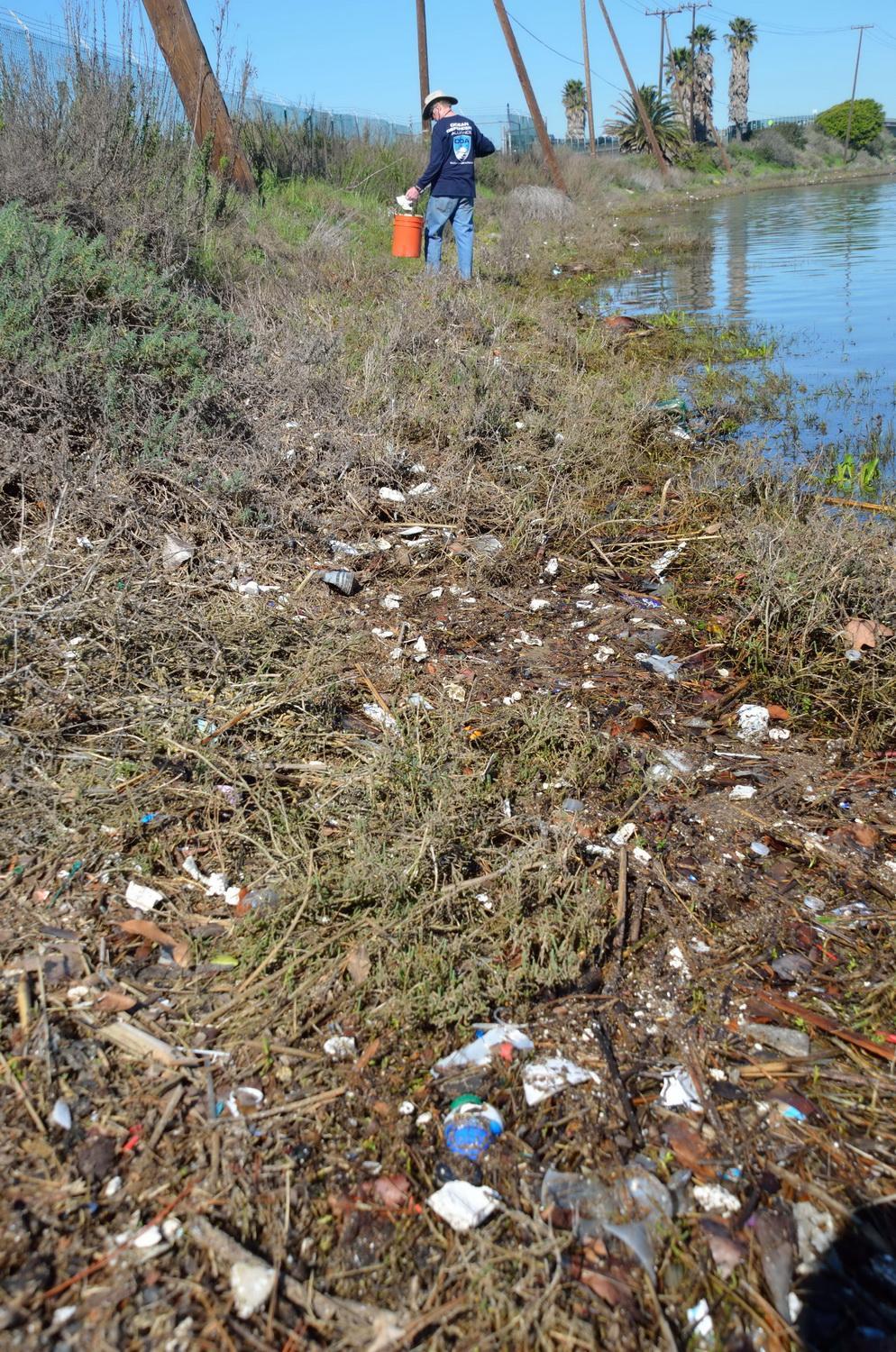 In California, we are in the midst of THE rainiest season in a long, long time.  Some weather historians are calling this a 50- to 100-year event.

While the rain is fantastic news for our parched earth and fresh water lakes and streams, it is hammering our coastal waters and estuaries with tons of garbage; most of it plastic.

On Sunday, February 12th, fifteen fantastic ODA volunteers headed back out to a stretch of coastline that we’ve been cleaning for the last three weeks now. It had been raining on Friday and Saturday, but on Sunday we were treated to clear, sunny skies. You could see the snowcapped mountains from 70 miles away. Awesome view!

Awesome…until you looked at the shoreline surrounding of this place which is called Seal Beach National Wildlife Refuge. From a distance, it looked pretty clean, but on closer inspection you could see thousands of pieces of trash. Straws, bottle caps, bags, bottles, Styrofoam, forks, spoons, syringes—all toxic plastic that will pollute even more as it breaks down. 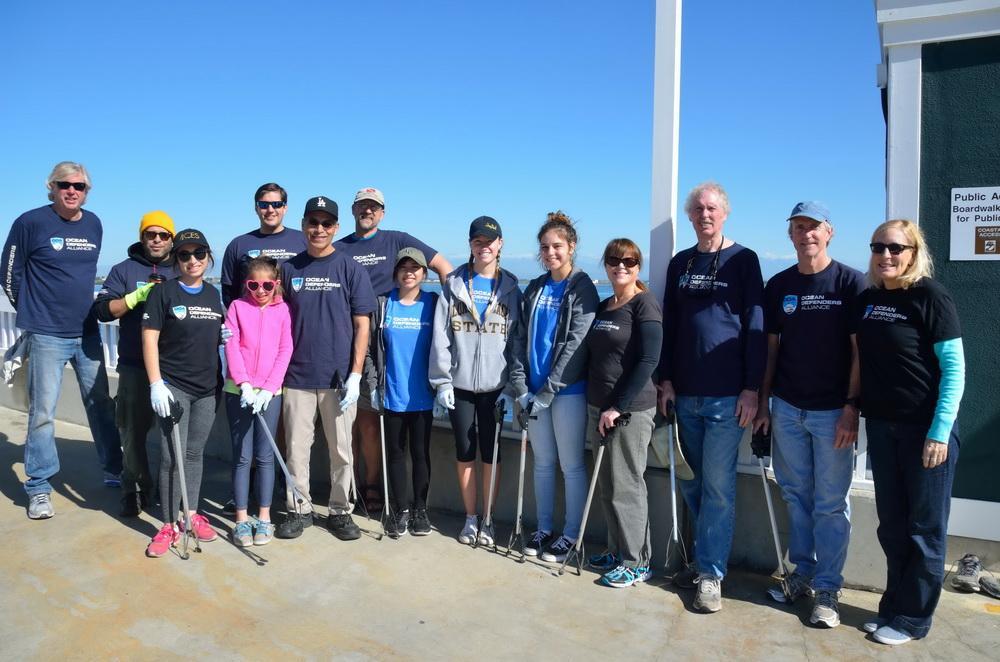 This was the first time out with ODA for some of these folks, and Cheyann even brought three generations of her family! It was heart-warming to watch them work, smile, and make a difference together for the oceans.

After we climbed down the ladders to the cleanup site, we met the high tide. While that delayed our access to some of the more remote spots for a while, the tide was soon receding and we ventured further along the waterline.

Bonnie, who runs her own non-profit called Plastic Ocean Project (in addition to being on ODA’s Board of Directors) just happened to be in Southern California for a brief visit.  When I told her about the cleanup she immediately signed on with us…but, I could tell she seemed skeptical that we would find hundreds of pounds to remove because we had been to this site before and removed over 600 pounds of debris. 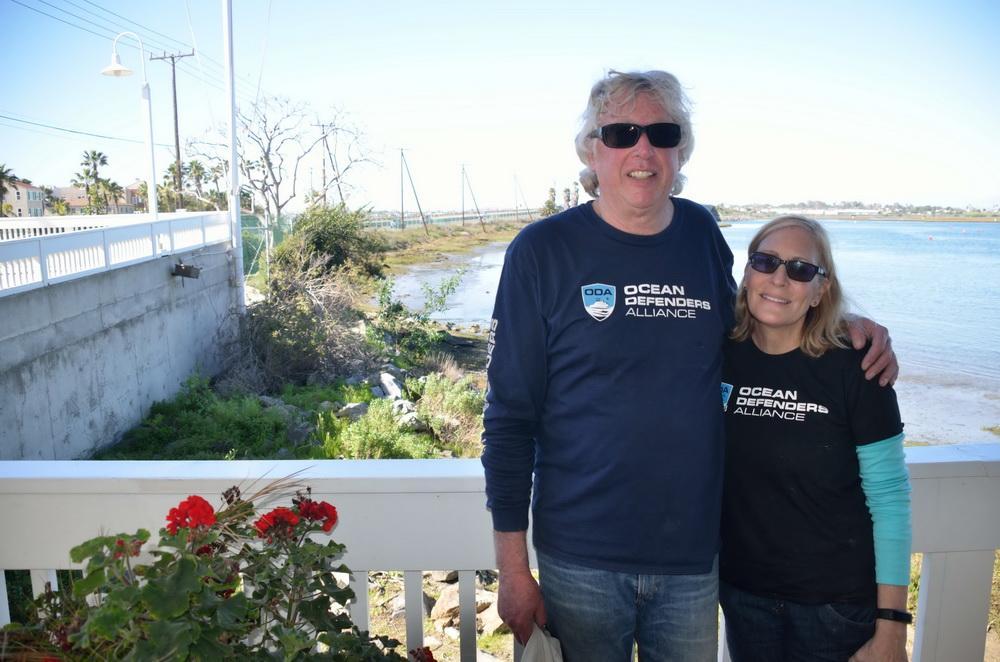 Ha! When all was said and done, we removed about 400 pounds of the nasty stuff. I’d have to say 90% of the polluting junk was one form of plastic or another. 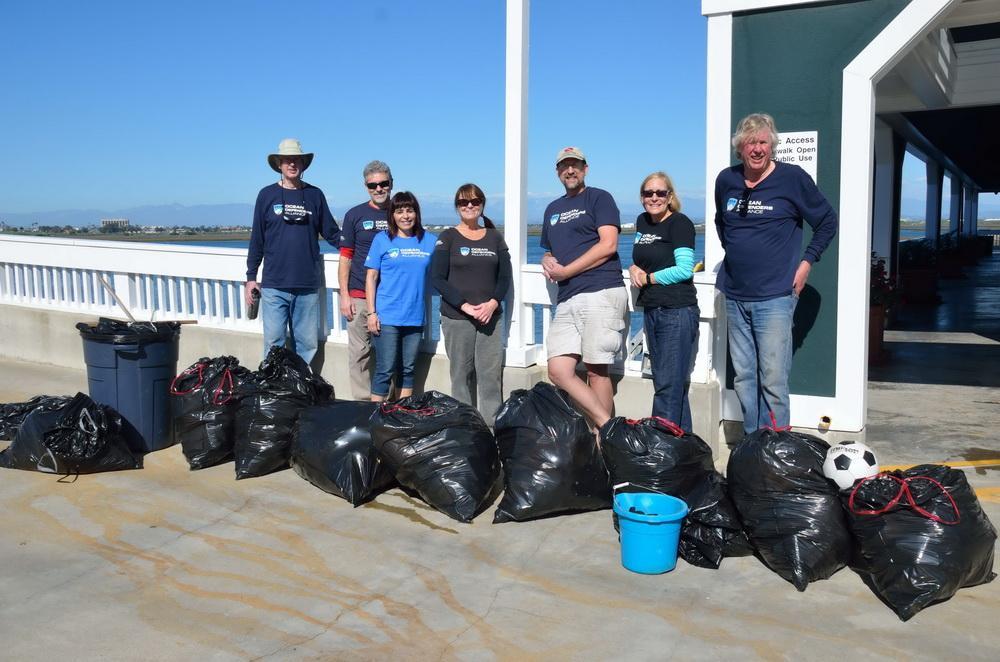 We Clean Habitat of Birds, too!

I’m sending out a HUGE thank you to everyone for spending their beautiful Sunday out on the shoreline of the Seal Beach National Wildlife Refuge defending the oceans.  We were rewarded with a job well done, and more: The view was spectacular, and we got to see some really cool water birds. One that I noticed right away was a bird I’ve only see twice before. It was a Reddish Egret. This is a rare sighting, as they don’t normally come further north than Mexico. Maybe she heard about our activities and came to check us out? ;) 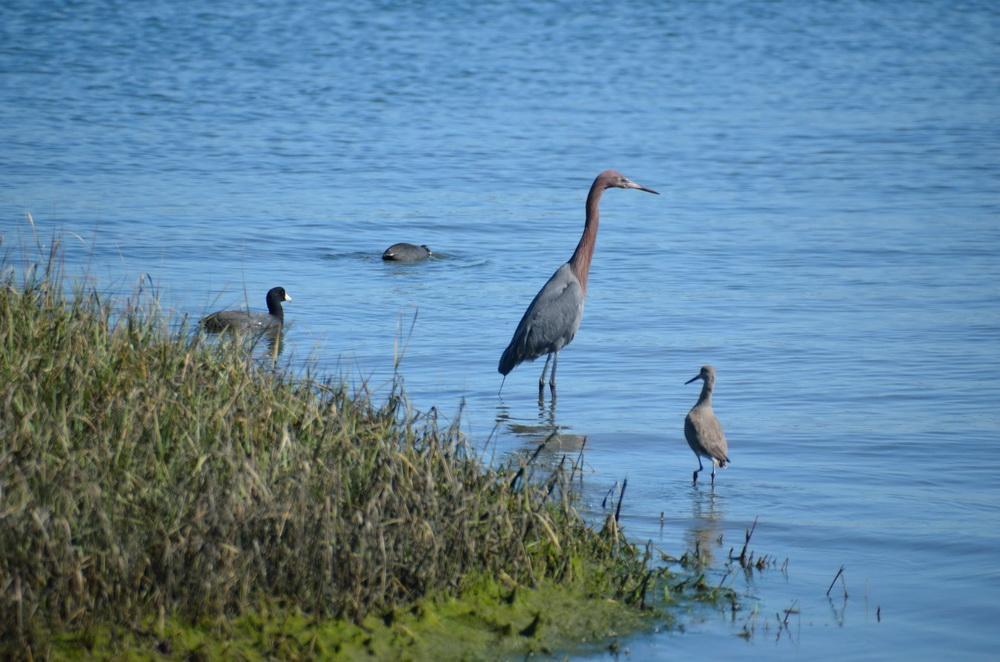 At least while she was visiting Huntington Beach, she didn’t have to forage in a trash strewn habitat. And thank goodness for that because birds (and other wildlife) often mistake plastic pieces for food and ingest the toxic, non-digestible material.

Be Part of This Rewarding "Work"

This was our 2nd weekend in a row of removing trash from this wetland, and we’ve only removed about half the debris that lines this particular shore.

We’ll go out again next Sunday and put an even bigger dent in this plastic plague.

Hope to sea YOU there! Please email me at: