With all that’s going on throughout the world right now, it’s difficult to envision what the future holds for all of us.  First the COVID-19 pandemic spread across the country, and now protests over the killing of an un-armed black man are taking place in just about every major city in the U.S.  It’s hard to focus and anything else going on in our world…

But, if I can, let me tell you some good news. Whales will like it, too... 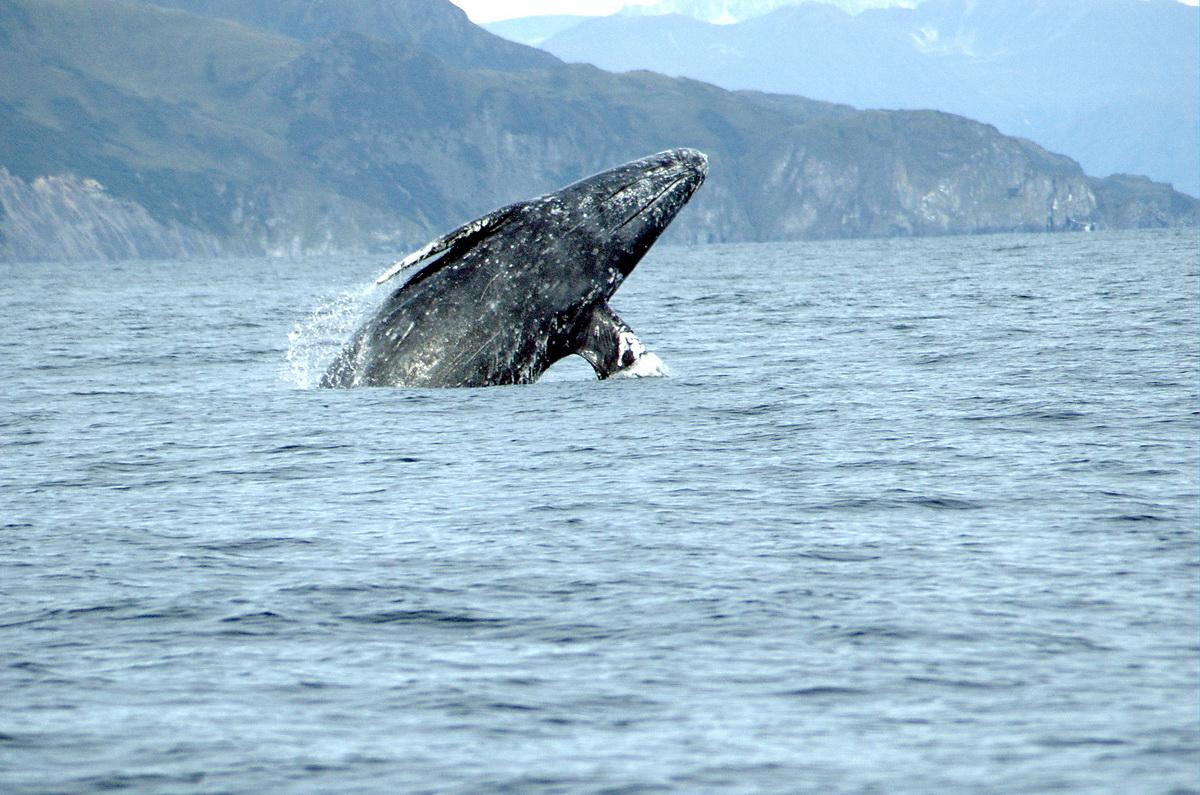 If You See Ocean Debris – let us know!

As you may know, Ocean Defenders Alliance (ODA) has an online Debris Report form that allows people to let us know when they see fishing gear in the water. We follow the leads and whenever feasible we remove the ghost gear.

Thankfully, we’ve received many reports over the years about traps and nets that people like you have seen and have been successful in hauling out that abandoned fishing gear.

Just last weekend, Saturday May 30th, two of our hardcore volunteers and Advisory Board members: Kim Cardenas and Rex Levi, were kayaking off the coast of Ventura County at a place called Summerland Beach.  This is about halfway between Santa Barbara and the city of Ventura.

They spotted a buoy floating in the water about a half mile from shore.  Since they have been active with us for so long, they knew that something didn’t feel right about it (because they know that lobster fishing season ends in early March).  On closer inspection they could see that the buoy had been in the water a long time because of the dense growth of algae on it.

Since Rex and Kim are regularly in contact with me, they didn’t have to use the online Debris Report form, but anyone who sees debris can access our website from their phone. So…while still on the water, Rex called me on his phone. Aren’t these cell phones great?!  When he described it to me, I asked him to scrape some of the algae off and see if there was any kind of identifying mark on it.  He said, yes there was.  He then took a picture of it and got the GPS coordinates loaded onto his phone. 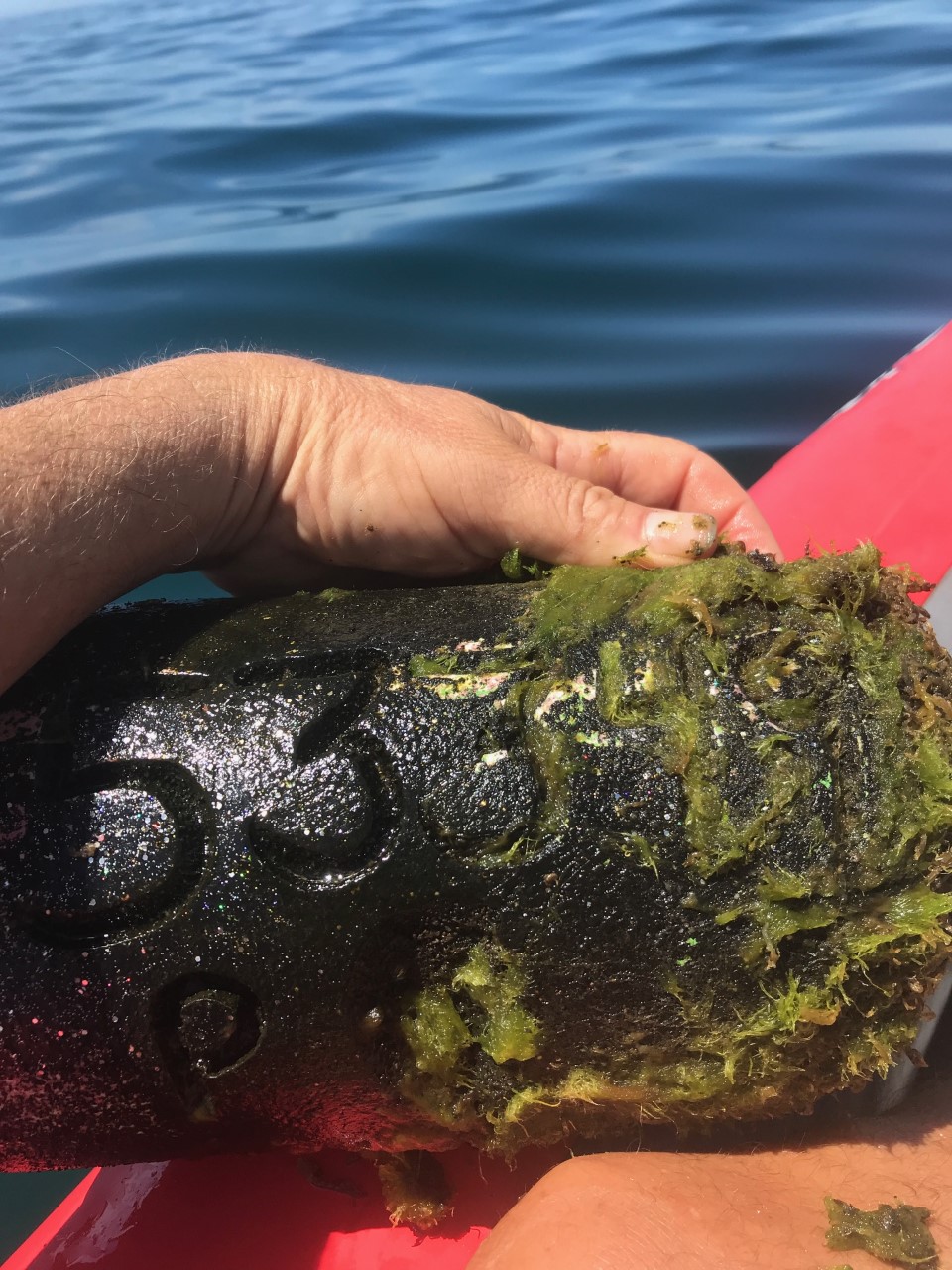 When they got back to shore, they sent me all the info they had.

I contacted one of the wardens who we’ve worked with in the past at the Department of Fish and Wildlife (DF&W).  I sent him the one picture we had and the GPS numbers.

Within minutes he replied to me and said they had a patrol boat going out that day and they would check it out.  Because of that picture they could not only tell it was a lobster trap, but they knew who it belonged to.

The officer thanked me for the info and said he would let me know if anything came of it.

Lo and behold, this morning, Tuesday June 2nd, I received an email letting me know that they contacted the fisherman and he went out and removed seven abandoned lobster traps.  SEVEN!!

This picture of our crew (including Rex on the left!) shows what just three traps look like. Imagine four more of these monsters! A lot of unsuspecting wildlife continue to wander into the open doors of these things and cannot get out. 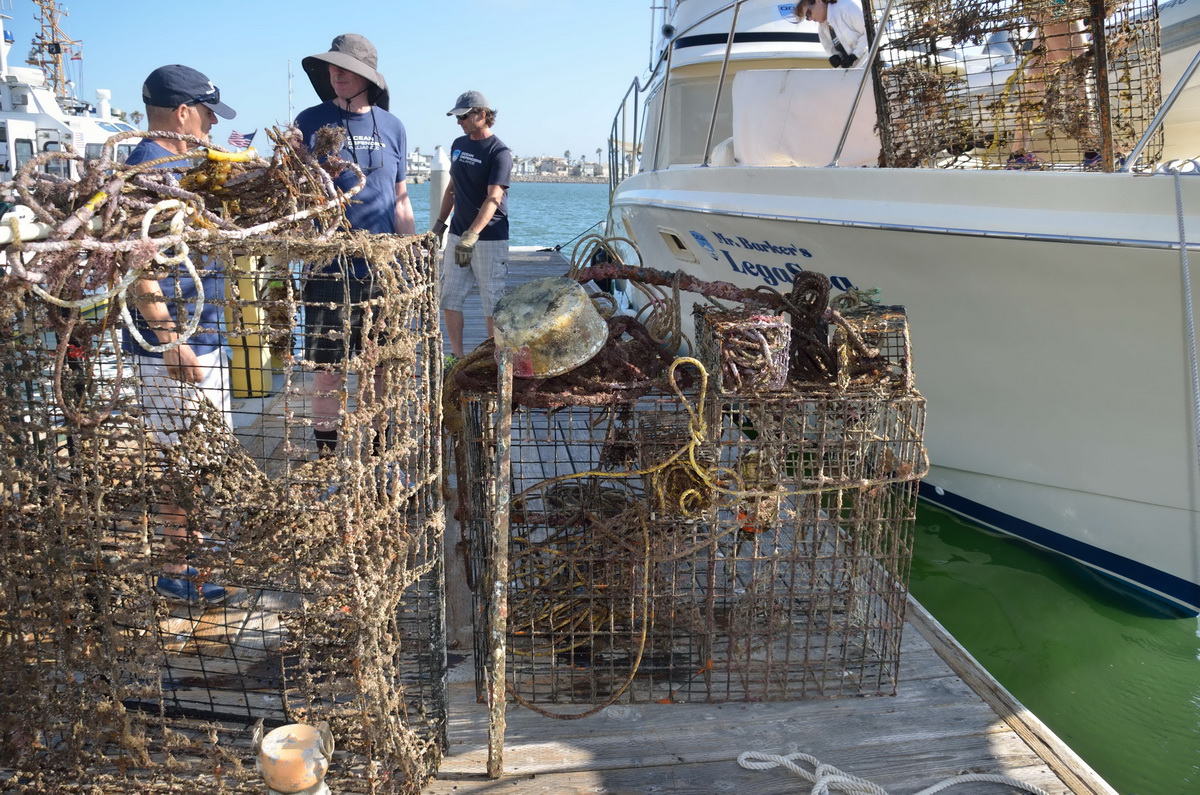 This was a win for everyone.  The DF&W didn’t have to expend the resources to remove the traps, the fisherman got all his traps back (each one costs about $100), and the whales and dolphins now have their waters free from potential entanglements.

The commercial lobster season runs from early October through to the beginning of March.  That’s when you’ll see hundreds of trap markers all along the California coast.  But there are other traps that can be in the water all year round.  So, don’t assume that any buoy you see out there is abandoned.

If you do see one, get a close-up picture of it showing the ID number.  Then get the GPS numbers, send the info our way (on the Debris Report page) and I promise you we will get right on it.

Nice going Rex and Kim, and our partners at DF&W!