There was a problem rendering your image gallery. Please make sure that the folder you are using in the Simple Image Gallery Pro plugin tags exists and contains valid image files. The plugin could not locate the folder: images/news/2018/2018-11-12

Not even dense fog can stop us!

On Sunday, November 4th, the LegaSea pulled out of our slip in San Pedro and headed out to what looked like the great unknown.  As we started motoring away from the marina, we had a fog bank so dense that visibility was reduced to less than 100 yards.

I turned on our radar so I could see on our electronic screen what was around us, but I could NOT physically see anything beyond that distance.  Spooky stuff, and I thought Halloween was over… 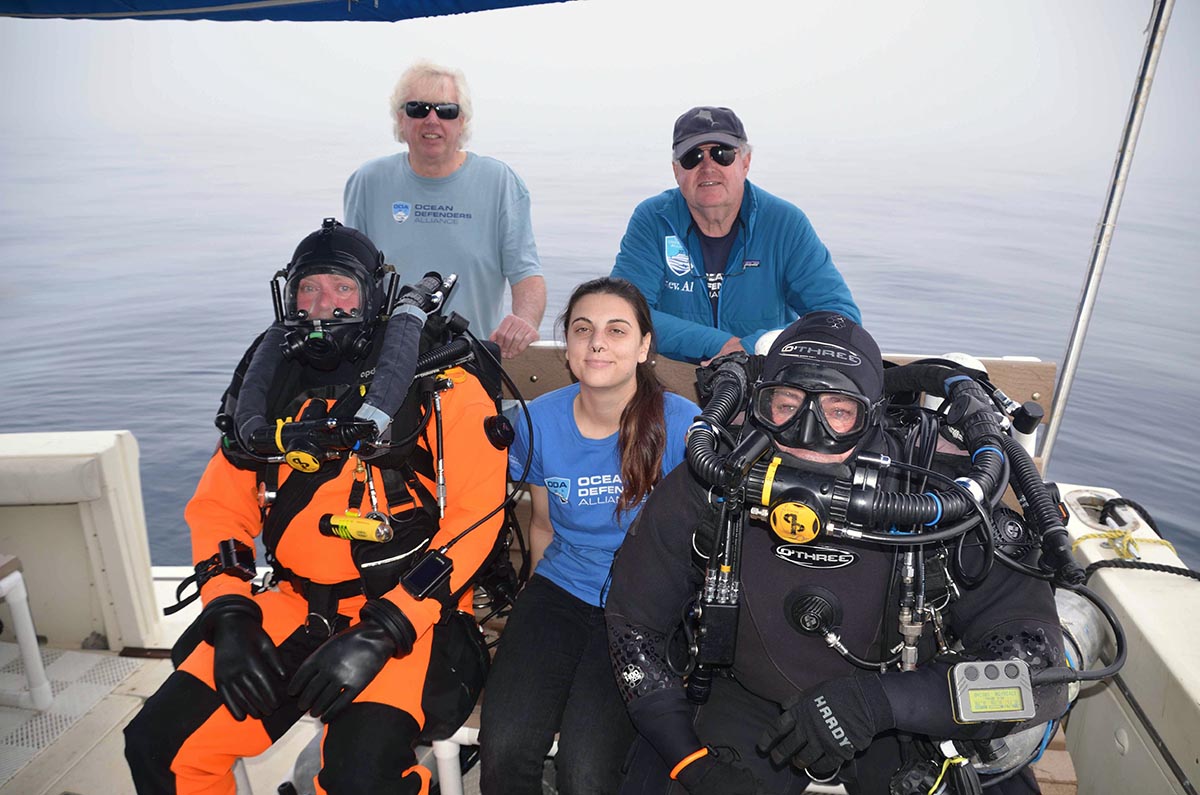 Onboard we had an exceptional dive team, our highly-admired Mike Wynd, Danny Graham, and Al Laubenstein.  Mike and Danny use re-breather systems, which allows them to stay submerged for long periods of time.  Sometimes as long as three hours!

Al uses regular diving gear called open circuit, and he can stay down for about 15 minutes at the depth they were going to be diving.

Unfortunately, two other divers had to cancel at the last minute, so Al was diving alone. It’s really okay though because he is a certified solo diver.

Also, on deck we had a group of students from Cal State Northridge: Maria Garcia, Dan, Frank, Daisy, and Jack.  They have selected ODA to be the focus of their finals project and will submit their finished video to some film festivals.

So, that left Brook LaDouceur and me as Deck Crew to handle the boat and all the diver support. 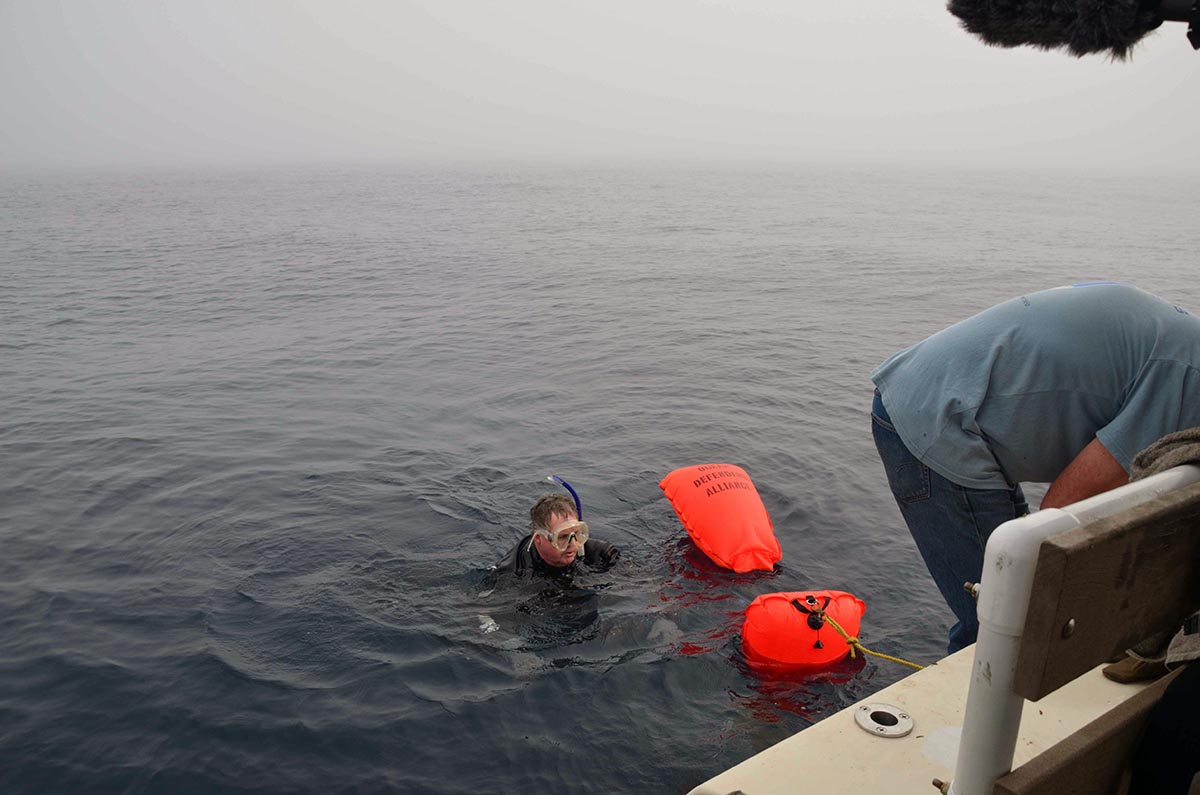 This was our fifth time at a site called the Radio Tower.  This is an “artificial reef” that the state of California sank in order to create a habitat for fish.

As with most artificial reefs, when the commercial fishermen drag their nets in the water, the nets can become entangled on anything that rises quickly from the ocean floor, including reefs and wrecks.

Mike and Danny headed down at 10:20, with Al following them about 20 minutes later.  Before Al even got in the water we had three lift bags break the surface.  Wow, that was quick work by the two guys!  Al grabbed his mask and fins and paddled over to the bags, attached a tow line to the bags, and brought the line to me.

Brooke and I proceeded to haul the retrieved ghost net over to the stern of the boat.  As we tried to pull it on to the rear dive platform, we struggled to haul it in, it weighed about 150 pounds.  We successfully got it onboard and put it in a trash bucket. 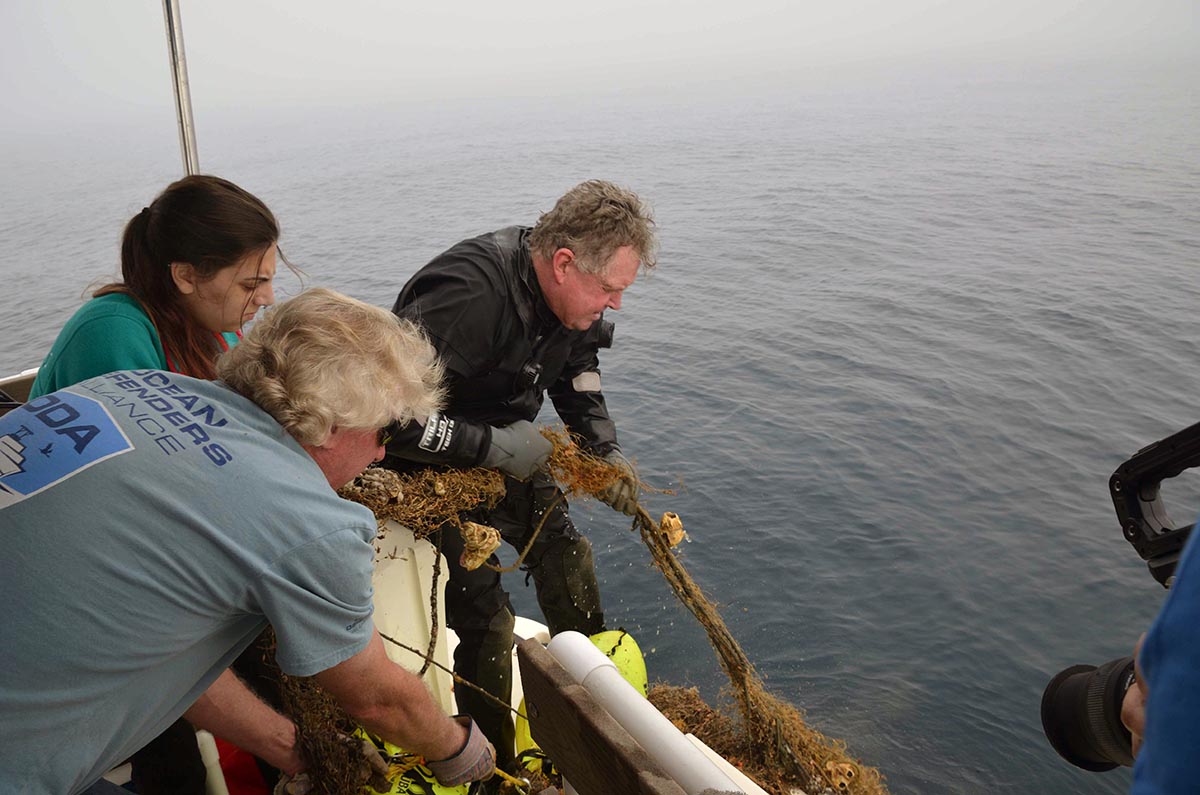 A few minutes later another set of bags started floating by us, and Al swam out to them and attached a line to them.  Brooke and I repeated the process, but this time the load was even heavier than the first mass.  Al climbed back up the dive ladder and helped us wrestle about 200 pounds of net.  It was too heavy for us to put in the bucket, so we just left it on the platform.

After that, Al headed down to see if Mike and Danny needed any assistance.  Good thing he went down, as they had run out of lift bags, and there was plenty more net for them to remove.  Al handed off two lift bags to them, helped them clear some of the net from the reef and just like that....  it was time for him to head back to the surface. 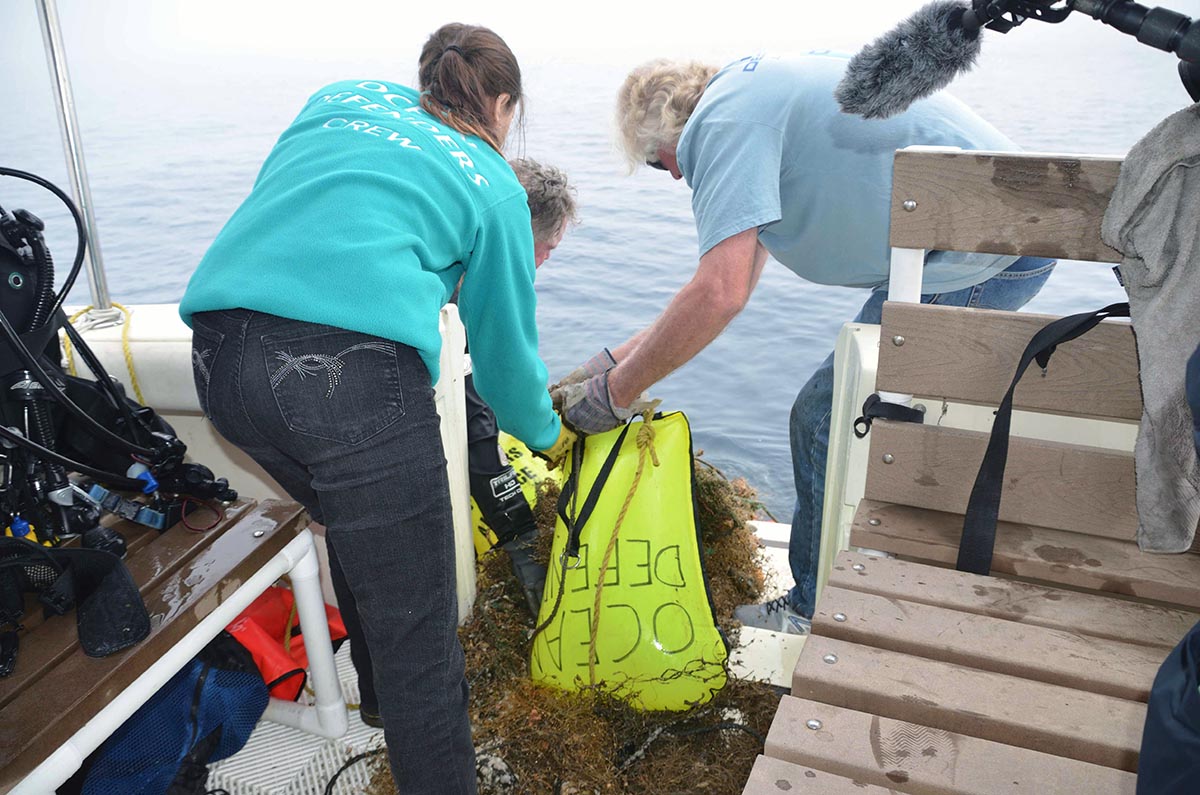 Investment in Time Pays off in Retrieved Nets

After Mike and Danny had been down for two hours, we saw another set of lift bags floating on the surface.  Al attached the tow line to them and we then hauled it to the stern.  Repeat the process.

After two and a half hours, Mike and Danny finally surfaced.  They were worn out but delighted that they had removed so much net.  Roughly 300 pounds of gill net and 250 pounds of squid net.  550 pounds in total!

As we pulled up the anchor to head back to our slip, the fog was still all around us and we headed back slowly.  I had to listen very closely to make sure no vessels were going to run in to us.  The fog didn’t lift until we actually pulled in to our marina.

This was a really rewarding outing.  We removed a lot of net, we were all thrilled that even though we had a minimal number of divers and crew, we proved that with determination a few people can make a huge difference.  Way to go team ODA!! 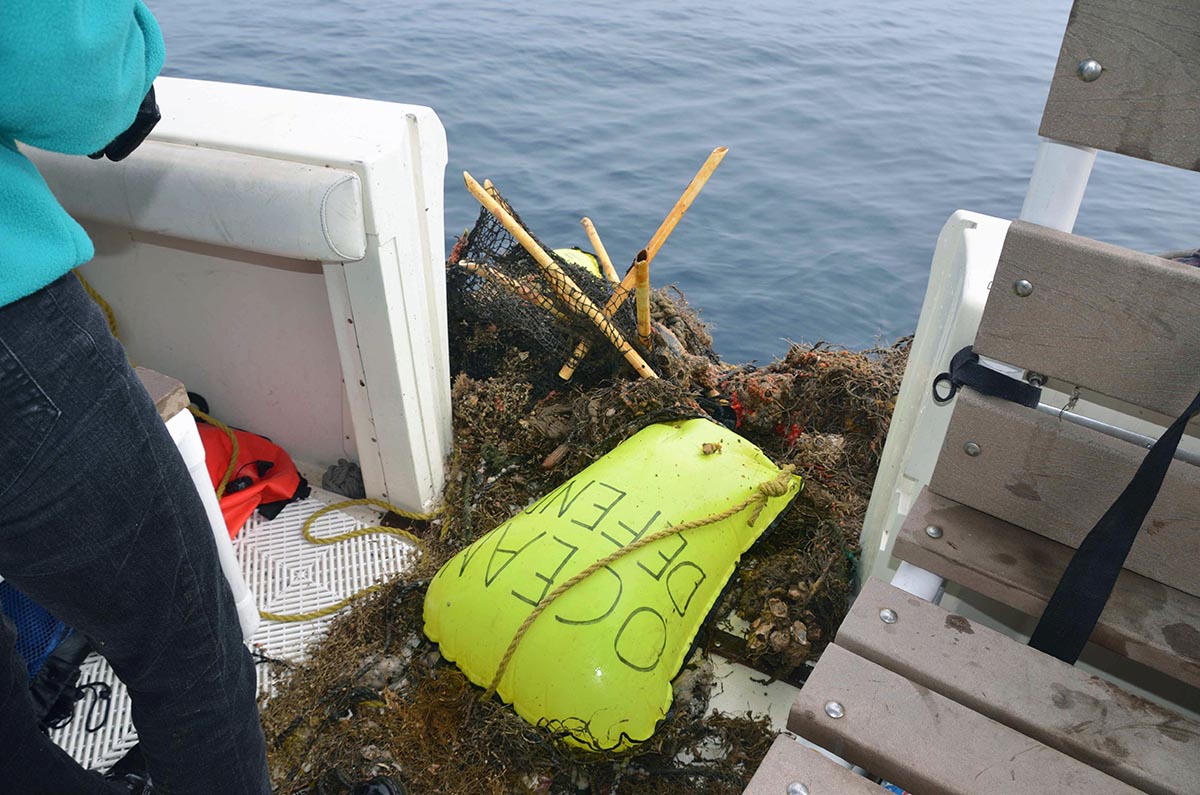 And thank you to all of our “crew in spirit” who keep our boat fueled and out on the water. If you want to be part of this worthy collaborative effort, please visit our donation page.