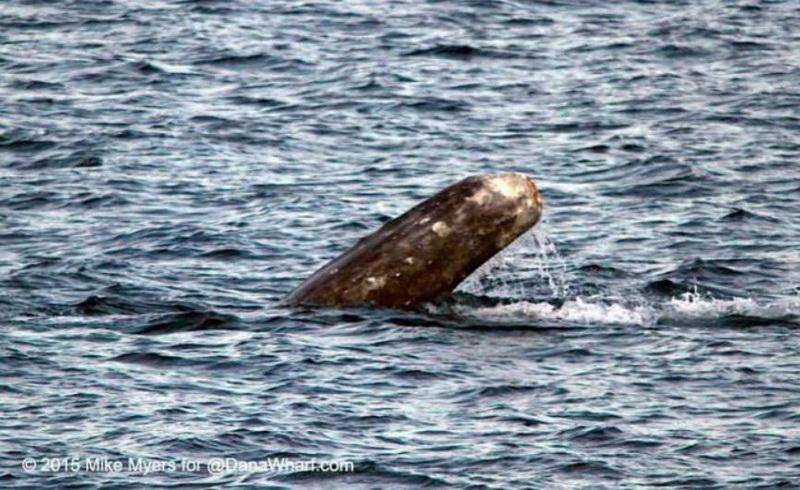 It's been a difficult week for us whale lovers.  First, a gray whale was spotted off Dana Point with NO TAIL FLUKE…which was most likely cut off by the line from a crab or lobster trap line.

Another whale spotted off Dana Point earlier in the week had a lot of line and gear wrapped around its dorsal fin, running through its mouth and going all the way down to the tail fluke.  A response team was organized and they cut a lot of gear loose, but the animal was reported dead today.

A little piece of me dies every time I hear about a whale that has succumbed to a long drawn out death due to ghost gear.  We only hear about the animals that come into contact with humans, but NOAA estimates that 843 whales and dolphins die every day from entanglement in ghost gear.  306,000 every year.

We have got to do something to change this…AND WE ARE!  Our volunteers will be out and in the water, doing what we can to remove as much of this gear as possible and make the coastal waters safer for all animals - from the majestic to the minute.

We would love to have you "by our side" as we do this work. Please be an ocean-clean-up angel to a whale today! Click here to make a donation now!