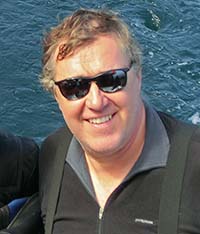 I grew up in the western Inland Empire of Southern California. I didn’t have much interaction with the ocean, although, I was a huge fan of the Jacques Cousteau Specials!

In 1974, my brother coerced me into joining him in a SCUBA class—something I really had no interest in. But, once I took my first breath underwater, I was hooked. Like most divers of that era, I was a hunter—shooting fish, catching lobster, and taking abalone in Laguna, Palos Verde, and Santa Monica Bay.

I was always mesmerized by the “old timers” of stories of “back in the day” when game was plentiful. Now, 40 years later, I’m becoming one of the old timers, and can spin yarns about the game when I was young. On current dive trips, I’ve heard younger divers speak about seeing huge schools of fish. Unfortunately, what they were describing wasn’t a school of fish, it was a group of fish. I’m a witness to the depletion of fish stock off of our coast.

Early in my diving career, I took up photography but it wasn’t a good fit. In the early 90's, a friend loaned me his underwater video camcorder to play with. As someone who always liked to tell stories, this fit very nicely. I was hooked. I’ve been “shooting” fish differently ever since. I’ve worked on my filming technique to a point where my films have been shown in many international film festivals and contests. My footage has been in PBS programs and in many ocean aquariums.

A few years back, I heard the founder of the Ocean Defenders Alliance (ODA), Kurt Lieber, speak at a dive club meeting. A few weeks later, on a dive to the Coronados Islands, I came across a ghost fishing net. I contacted Kurt and showed him my video. He organized a trip to recover the net and I was invited along to document the removal. The resulting video was shown in many film festivals and even garnered Kurt Lieber the Sylvia Earle Ocean Conservation Award for 2014.

I’ve been on numerous trips with Kurt and ODA. I am glad to supply him with as much footage as he needs to help promote this worthy cause and make a case for a cleaner ocean.

Hopefully, with the help of the ODA, public awareness of the current state of our oceans, and much needed updated legislation, the new divers of today will be able to see the proliferation of ocean life I saw in my youth. 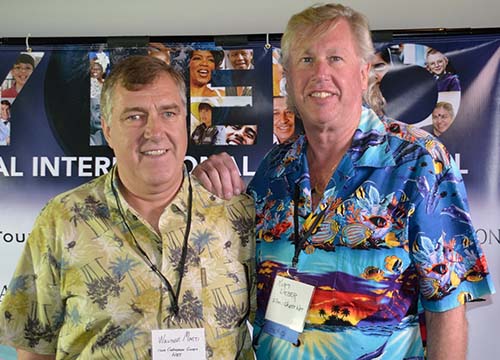 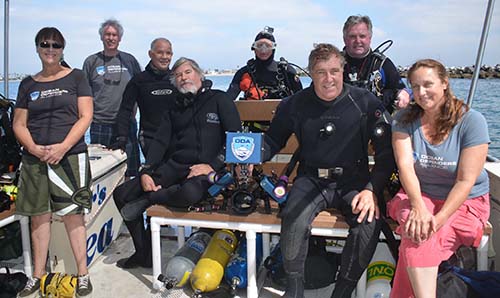 Walter Marti and crew on rear deck before dive