Barging in on the Huntington Barge 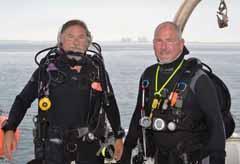 As a warm-up for this weekend’s International Beach Clean-up, ODA visited the site of a wreck called the Huntington Barge. Dedicated volunteers John Krieger and Jeff Connor made the long trek along with me down to Huntington Beach on our vessel the Clearwater on Tuesday.

The Huntington Barge is an artificial reef that was sunk to "create habitat.” This is a good concept in general, but in this case it was turned into a sort of fish trap because the GPS location was broadcast, allowing fish killers to find it and dangle their lures right in front of the new fish habitat.  For the record: I am NOT a fan of these artificial reefs unless they are placed in MPA's. Otherwise there is only minimal gain from a biological/fish recovery perspective.

Anyway, I had been alerted to a net on this wreck that divers had seen recently killed animals in. I asked around for the GPS location of the site, and Phil Garner gladly obliged us. We found the site in 62 feet of water, about a mile and a half south of the Edison power plant. It was a long trip to the site, taking us 2 hours each way, and along the route we were delighted by visits from several pods of dolphins, viewed several oil rigs, and of course passed the Huntington Beach pier.

John and Jeff made 2 dives, one to confirm we were on the barge and the second to film it and remove samples of the net so we can determine which cutting tools will be best to remove it. They estimate it weighs anywhere from 400 to 600 pounds. They didn’t see any fish or other animals stuck in the net, and were treated to a huge male sheephead fish, with dozens of attendant females. Lucky guy! We will be going back to this site to remove the rest of the netting, and hope that between now and then none of the beautiful marine life in the area is killed by this ghost gear.

On Saturday, we will be heading down to Belmont Shores to work in collaboration with Deep Blue Scuba Club and dozens of other divers to remove trash from the waters surrounding Belmont Shores and Long Beach. This area is the recipient of all the trash that flows down the Los Angeles and San Gabriel rivers and empties into the ocean.

This will be a huge day for the oceans, as people all over the world will work together to remove and quantify debris that they find in their waters. If you have the inspiration to do something for the oceans, please come on down and help clean up some of this deadly junk! Please also make a visit to our donation page and help us get back to the Huntington Barge!

Thank you for caring enough to become involved! 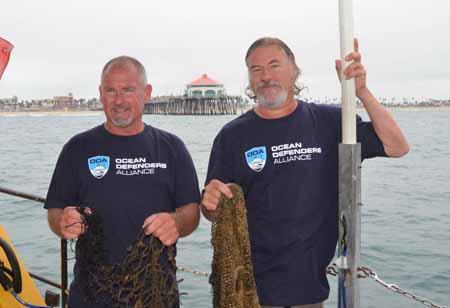 John and Jeff with net 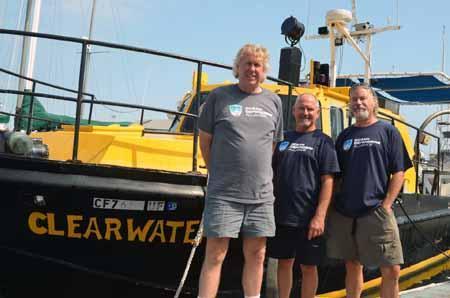 Kurt, John and Jeff at the slip 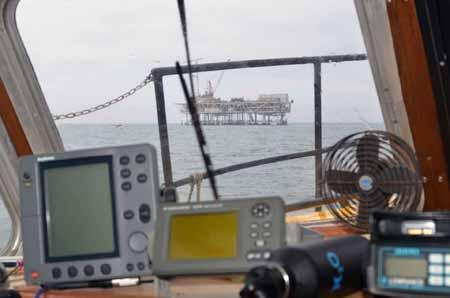