Founded in 2000 and based in Orange County, California, Ocean Defenders Alliance (ODA) is a marine conservation organization and became a registered 501(c)(3) nonprofit in 2002.

This is Ocean Defenders Alliance (ODA)
video by Graham Futerfas

In the years leading up to the launch of ODA, the need for our work became appallingly apparent to Founder Kurt Lieber, an avid diver and self-made scholar of marine conservation news and information.

On dive after dive, and all over the world, Kurt found abandoned commercial fishing gear on the ocean floor or attached to boat wrecks—where it indiscriminately kills marine flora and fauna long after its service to the fishing industry was over! At the same time, in his studies of the state of the world’s oceans,Kurt read widely diverse reports about the oceans, and came to understand the dire plight of life in the seas.

The urgent call came clearly to him: rampant, escalating overfishing and man-made pollution was threatening the survival of marine wildlife and the overall health of the life-giving seas of the earth…and someone needed to DO something about it! 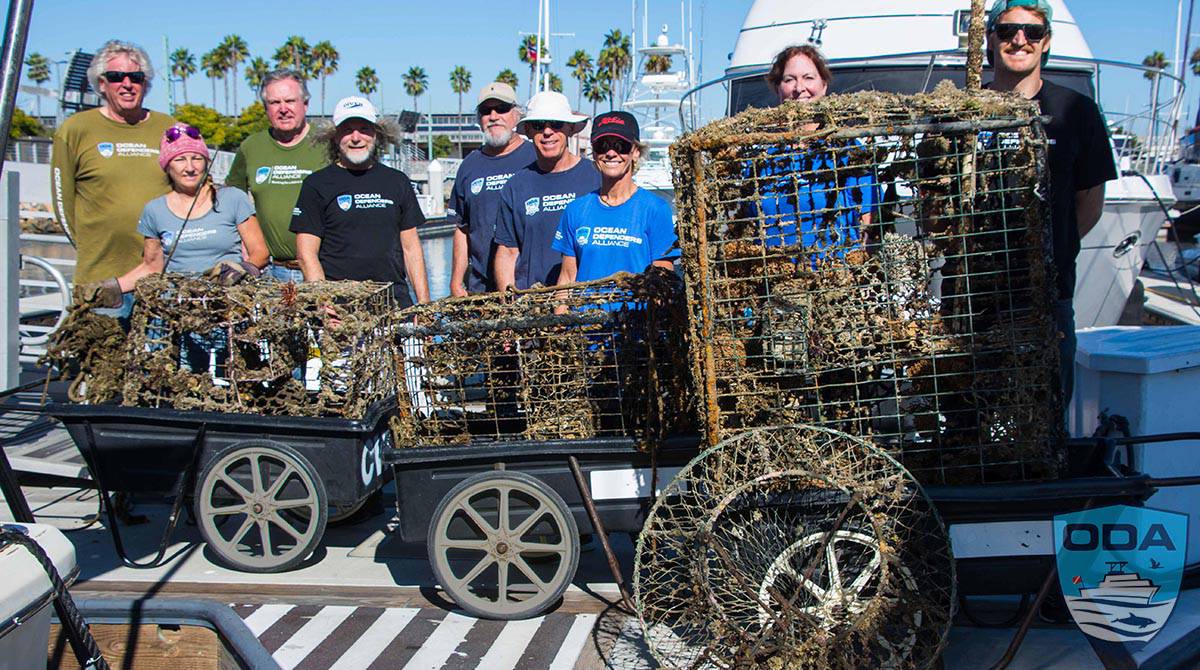 His heart told him to take action, and his intellect agreed completely. So, with a 40-foot boat generously gifted to ODA by Sea Shepherd Conservation Society, Kurt began taking volunteer divers to reported abandoned fishing gear sites. Using the boat as a dive platform, the divers descend at each location, cut the gear loose, and float it to the surface. Volunteers on the boat haul it onto the deck and take it back to shore for proper disposal. Animals such as lobsters, crabs, and fish found trapped alive are carefully liberated by ODA, and thus given a new chance to thrive, grow, and breed.

In addition to doing invaluable work at sea, ODA also works onshore to educate the public about the vital need for clean and healthy oceans. Through educational presentations at schools, expos, festivals, and dive clubs, we strive to inform people of all types and ages, raise their awareness about the plight of the oceans, and inspire them to join our efforts. ODA also reaches out to fishermen, restaurants, and the seafood community to enlighten them to these issues and seek to gain their commitment to becoming better stewards of the oceans.

Please read our Mission, Vision, and Values – the underpinning of everything we do.

And be sure to learn more about the problems and what we are doing about them!