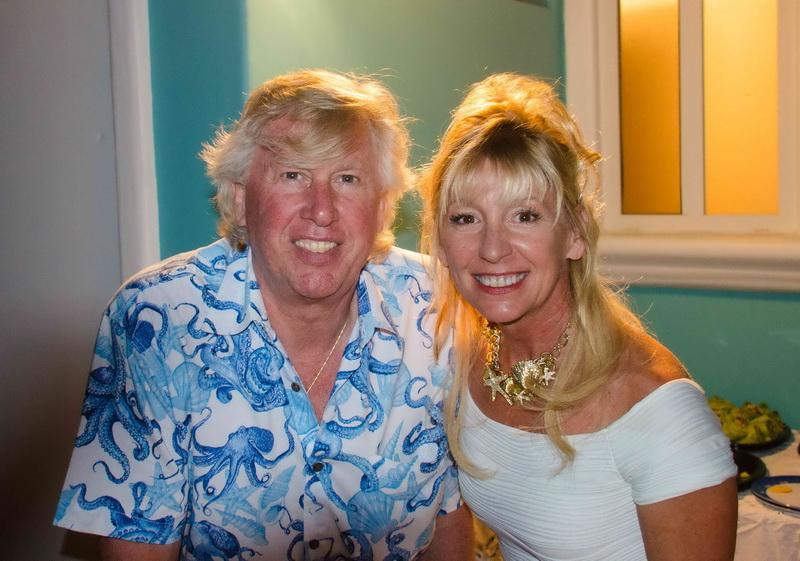 ODA was recently treated to an offer we just couldn’t refuse. Crewmember Darlene Summers started a real-estate company in Huntington Harbor not too long ago, and she wanted to host a fundraiser for ODA. party

Her office is actually on Pacific Coast Highway in Huntington Beach, CA, and she has a boat slip right in the backyard large enough for us to park Mr. Barker’s LegaSea. Plus, Darlene is just awesome...so how COULD I refuse?!?!

Kool and the Gang’s lyrics say “celebrate good times” and for us at ODA, we have a lot of people to celebrate and be thankful for. We’re sure glad we could gather with fellow ocean lovers to acknowledge the good work we’ve done together and commit to doing even more!

Be sure to check-out the slide-show at the end of this article. :) Our dear friend Linda Blanchard took all the GREAT pictures!

We’re Having a Party

With much planning, the party was set for Saturday night, November 12th. The festivities started just as the sun was setting. It was a beautiful setting, made all the more appealing by a local band called Steel Parade. They played a variety of beach- and ocean-themed songs featuring a steel drum. It was great music, and we had quite a few folks up and dancing. 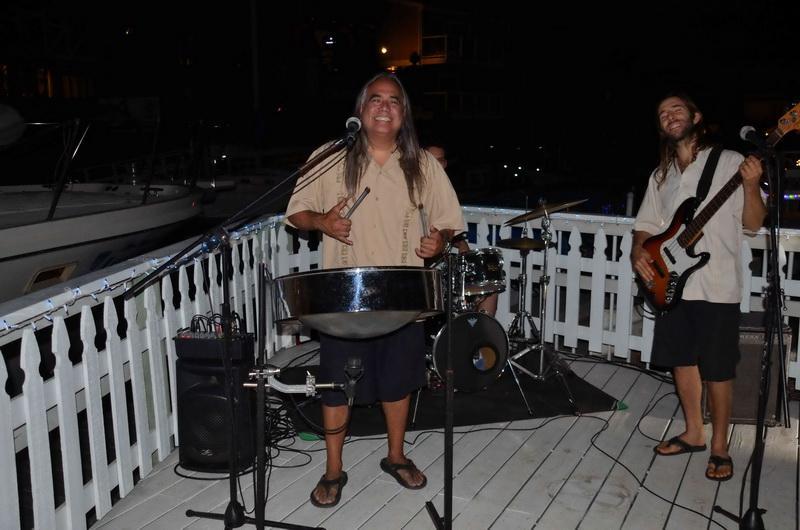 Another crucial element to almost any gathering: We had great vegan food and wine that was generously donated by longtime ODA supporter Tatiana Frietas. She even had a vegan chocolate cake chauffeured in from 30 miles away. It was so good; it didn’t last 15 minutes… 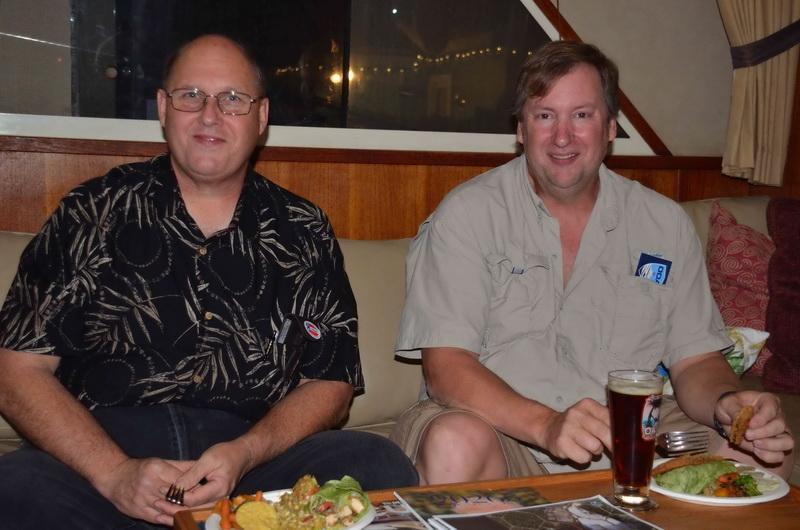 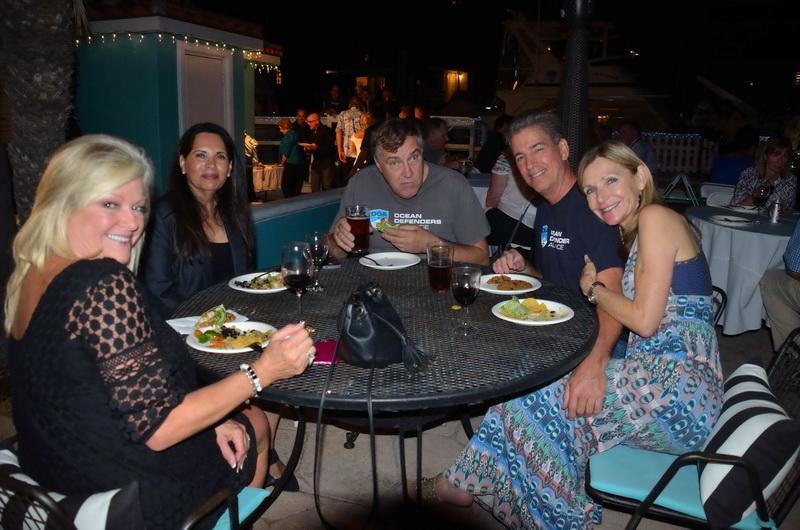 After dinner, we piled everybody inside the offices where I showed a short video about ODA, and handed out a few well-deserved awards. 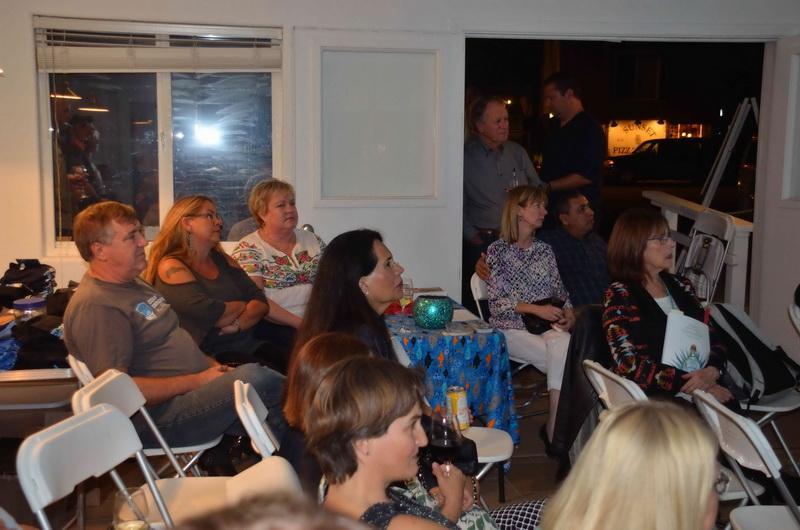 First was the Crewmember of the Year. It wasn’t hard to choose who earned that. Lisa Davis has been helping ODA since our inception in 2000. She may not dive, but she does just about everything else on the boat and in harbor. 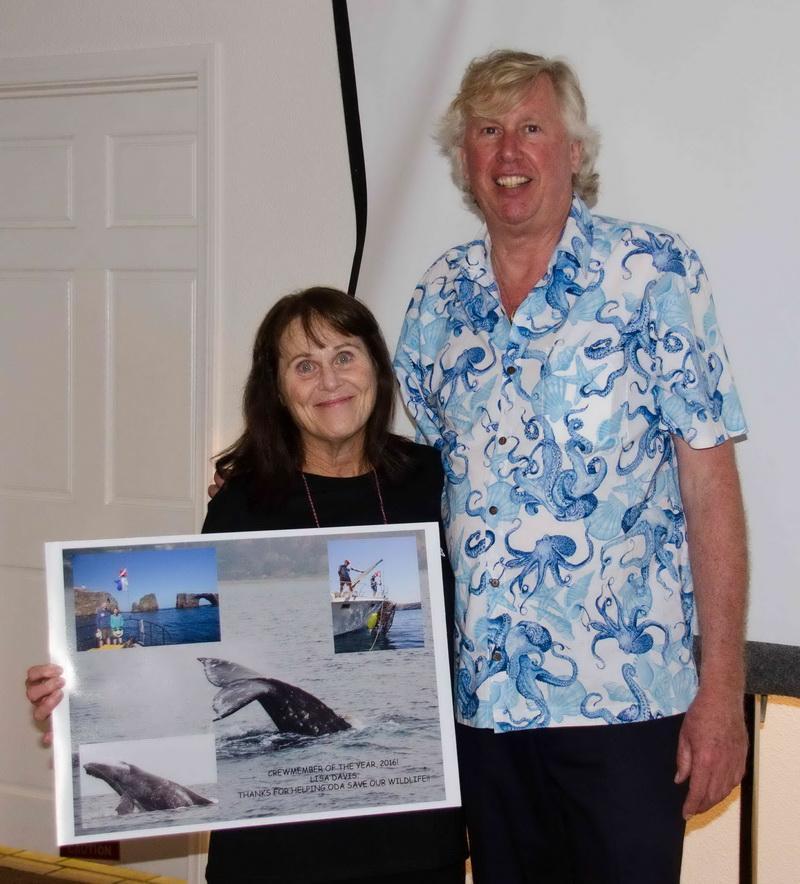 One of the remarkable things about Lisa is, after a long day on the water when we pull up to the boat slip to start the tiring process of getting everything off the boat and in to people’s cars, the boat needs to be cleaned.  This is not just an appearance issue: A clean vessel is often a more functional one, and helps protect the investment of our wonderful donors.  Lisa leads the way in getting the LegaSea cleaned inside and out. Thank you Lisa!

Next up, I had to talk about a guy who’s been helping us out since he first found out about ODA back in 2007. Jeff Connor is one of our most dedicated divers. He’s a Dive Master, but that isn’t all he does. He regularly helps us in the office, as well as with all the functions of boat maintenance and upgrading of its systems. 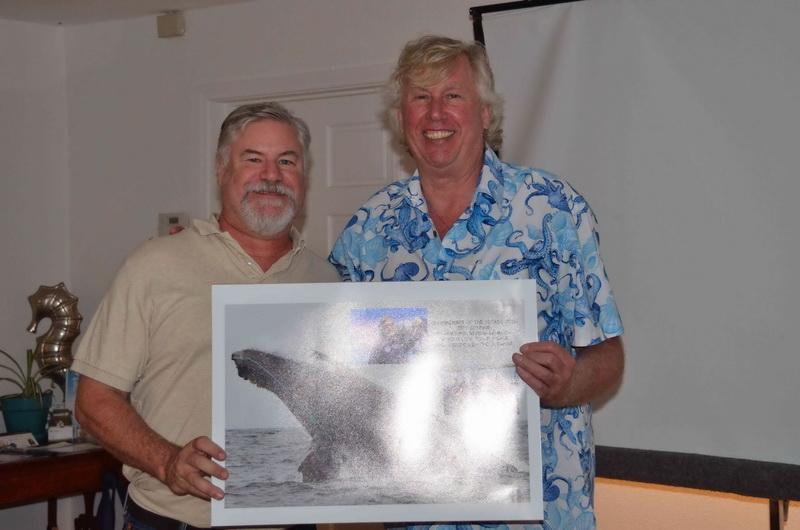 We’ve given him the Crewmember of the Year so many times, that now he will be known as CREWMEMBER OF THE DECADE!  Thank you, Jeff, for giving so much of your free time to help ODA protect marine life throughout the years.

Saved Our Angels for Last

Last, I told everyone about Linda Nicholes and Howard Stein. Linda and Howard have donated to us mightily for many years. In 2007, we had the chance to get a boat that could change the way ODA does its work. There was a boat up in Seattle that was offered to us for free. The only problem was we didn’t have the money to get it down to southern California.

When I mentioned it to Linda, she said she would talk to Howard about it when she got home. The very next day she said that they would pay to have it trucked down here. Oh my! 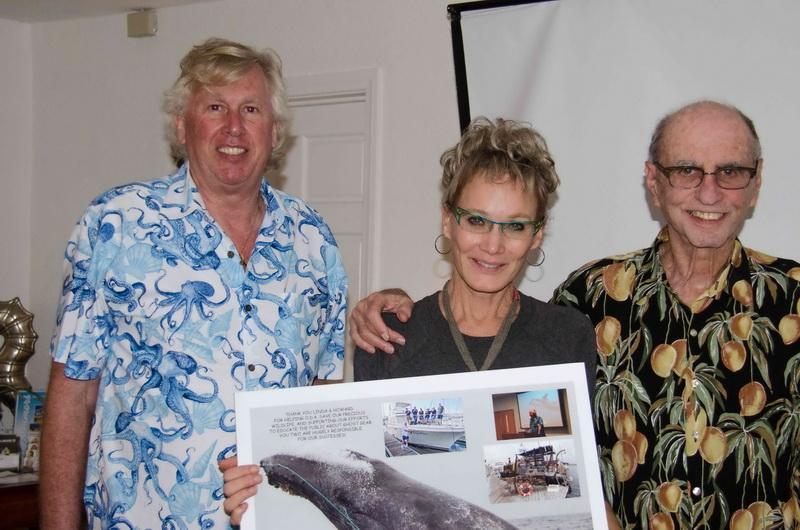 That boat, the Clearwater, put us on the map. We were suddenly able to go out to all the Channel Islands. Our very first project was removing a net from a wreck called the Infidel. The LA Times covered the story, and the rest, as they say, is history.  From then on, ODA became more well known throughout the United States, as well as in several other countries.

Thank you, Linda and Howard, for investing in the oceans and helping give ODA the opportunity to grow!

I have to say a few words about Darlene—our gracious host. Darlene is a wonderful volunteer, both onshore and at-sea. ODA is fortunate to be the benefit of her infectious good spirit, her selflessness of time and effort, and her ability to speak well on behalf of ODA. Thank you, for all you do, Darlene! 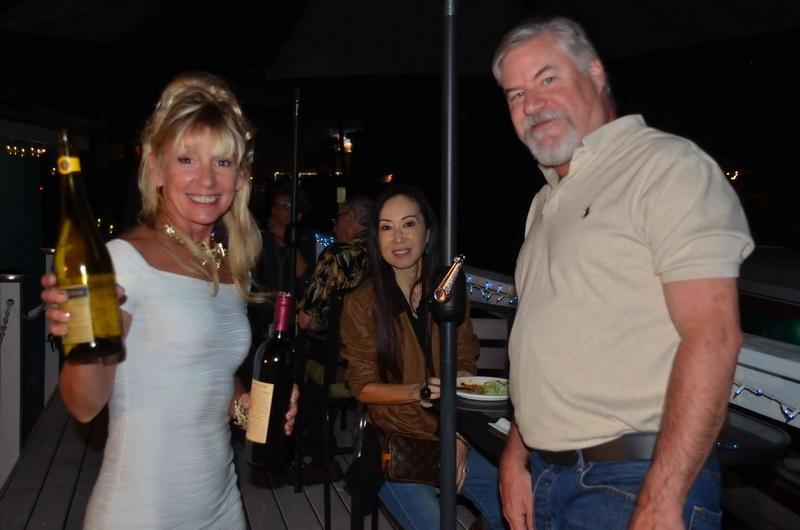 We also had many of our fabulous divers there. In alphabetical order by last name were:

Several great crewmembers/deckhands were there as well: 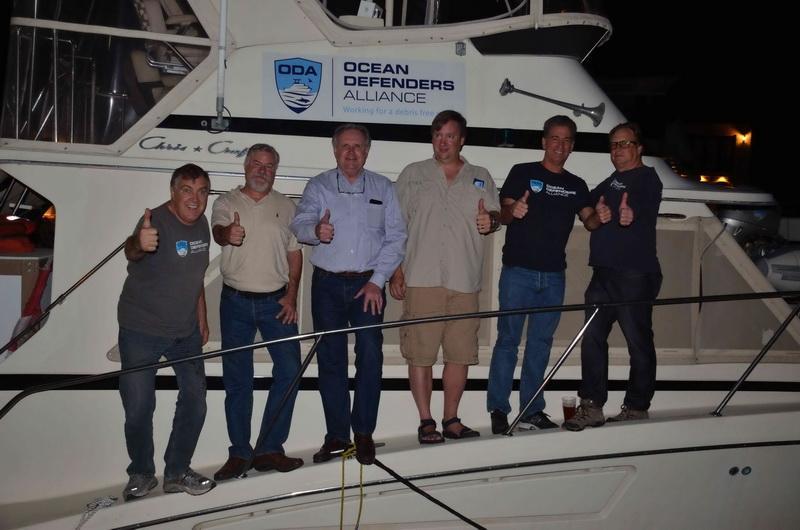 Three members of our Board of Directors attended: Myself, Dr. Bill Cooper, and my brother Jim Lieber (who has also been with ODA from the start!).

Thanks again to Linda Blanchard for doing the great photography work!

In addition to celebrating our great ocean defender friends, this evening was to serve as a fundraiser to collect donations to keep our boat at sea, doing what we do best. I am floored and humbled to tell you that a very generous donor committed up to a total of $10,000 as a matching donation. Whoa, was that a nice incentive!

We were trying to raise money to fund the purchase of a new generator for Mr. Barker’s LegaSea. The generator might seem like a minor thing, but it is what provides all the electrical power when we are out at sea. It powers things like the davit (crane), which is what we use to haul our small boat off and back onto the front deck—and is also what we use to haul aboard all of the heavy nets and traps we recover. This is a critical piece of equipment and a new one is going to cost at least $16,000…

On behalf of everyone at ODA, as well as the salty ones we protect: I offer our sincere THANKS to all of you who pitched in. Some sent money via our mailing, some utilized our online donation system, and others attended the fundraiser. In all, we raised more than $10,000. So, now we get the full match, and will add $20,000 to ODA’s scarce bank account!! 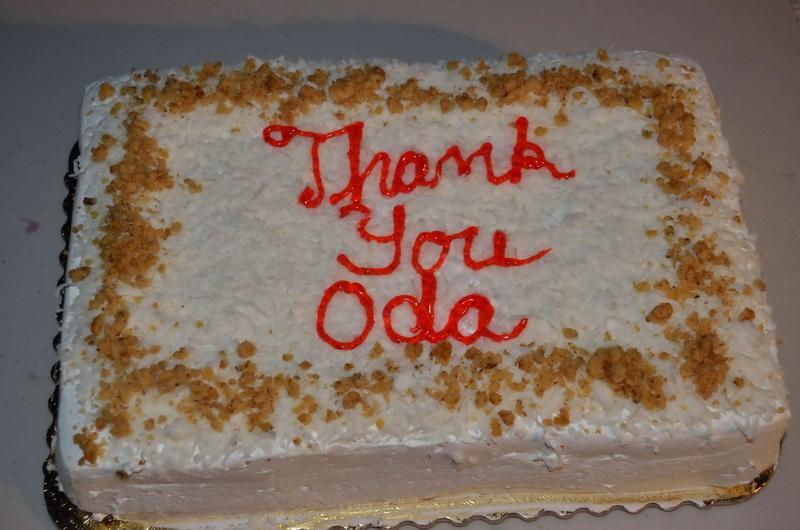 Much appreciation to all of you who helped make this event such a significant success. We had a ton of fun, and raised some funds to keep ODA in and on the water.

Happy Thanksgiving everyone. ODA is thankful for you!

SEA YA AT OUR NEXT FUN-FILLED EVENT! :)

Please check out all the pics of the great night.