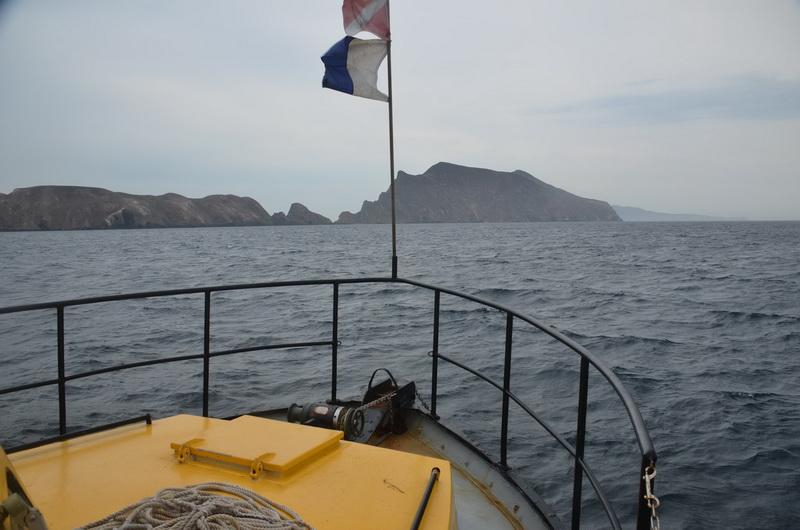 The waters off the southern California coast have seen some drastic changes over the last several decades.  Most of those changes have not been good, for neither people nor our aquatic friends that call this place home.  One of the most iconic fish that have suffered at the hands of man is the Giant Sea Bass (GSB) (Stereolepis gigas).

A fish native to the North Pacific Ocean

Otherwise known as black sea bass, these animals can grow to enormous size.   A mature adult can reach over seven-feet long, weigh up to 550 pounds and live at least 75 years.  That, my friends, is what is known in scientific circles as a whopper of a fish! 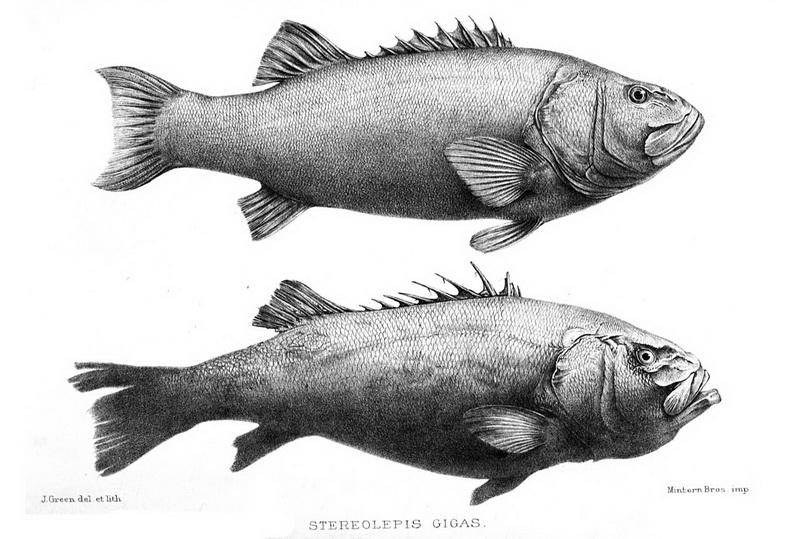 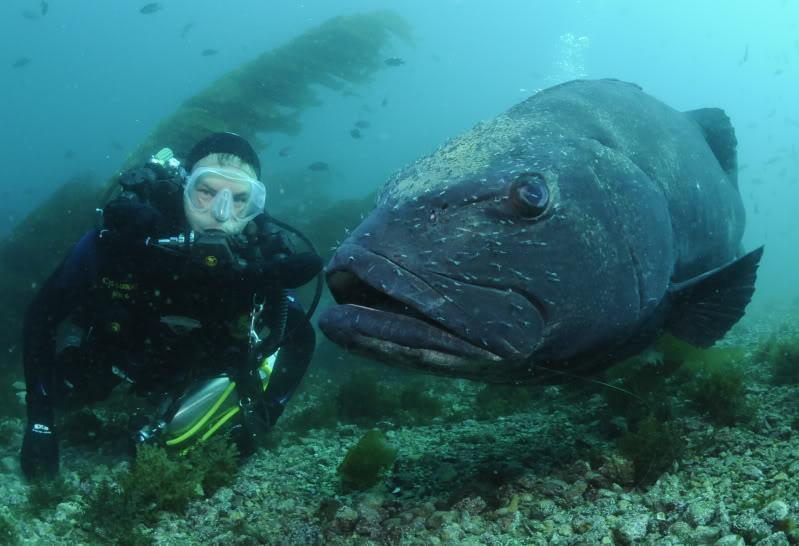 These animals have few predators, but have not been able to maintain healthy populations due to commercial and recreational hunting.  Because of this, in 1982, the California Department of Fish and Game put an abrupt halt to all hunting of GSBs.  Since then, we have seen more and more of them off of Catalina and Anacapa Islands, as well as other coastal waters.  But up to now, all this talk of increased population size has all been anecdotal. [That is not an ODA Diver above, but we wanted to show you what these gigantic fish look like!]

UC Santa Barbara steps up to the plate!

Dr. Milton Love and his colleagues at the University of California Santa Barbara (UCSB) decided to launch a more serious approach to analyzing whether these fish are indeed increasing in population size or are just being seen in areas where they had not been seen for a long time.

They named this effort the "Giant Sea Bass Count" issued a call to the public to recruit people to dive or snorkel anywhere possible - reefs, wrecks, shallow waters, harbors - and count how many of these fish they could find during the first week of August.  Kind of like the Audubon Society Christmas Bird Count that has helped scientists learn so much about the number of birds and their locations.

Ocean Defenders Alliance (ODA) has always wanted to help science in any way we can, so I contacted some of our faithful volunteers to see who might want to head out to Anacapa Island and see how many of the GSBs we could find. 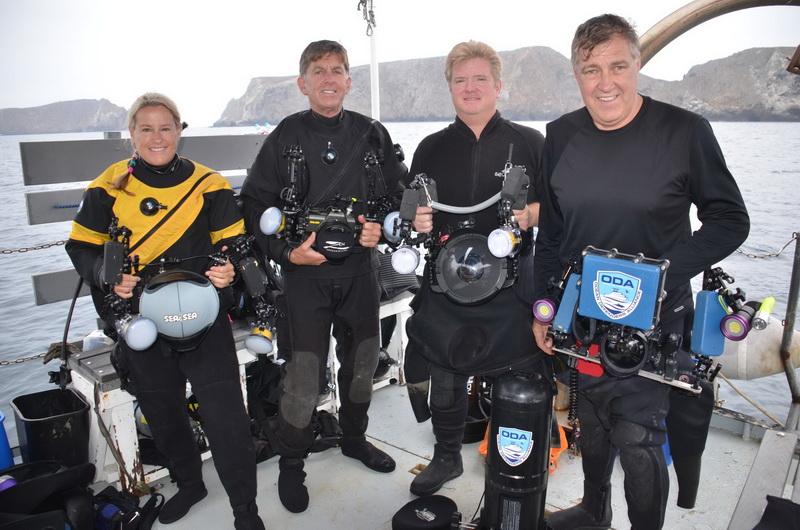 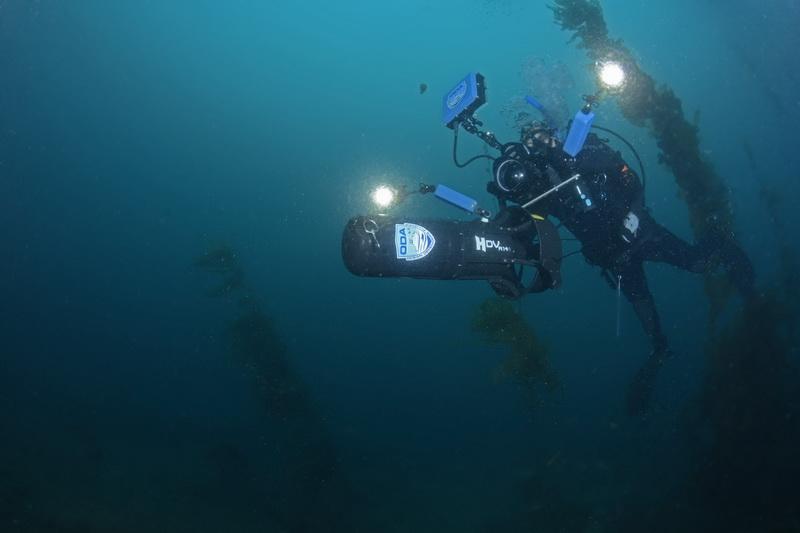 On Sunday, August 3rd, we took our boat Clearwater from our home port in Channel Islands Harbor and headed south to Anacapa.

Onboard were an elite team of four underwater photographers and videographers.

Walter Marti has been shooting video for ODA ever since he first heard about us back in 2011.  Walter is deeply engaged with the Underwater Photographic Society here in So. Cal, and when he called Ronda Allen, Mike Bartick, and Michael Bonneau, they didn't hesitate to jump aboard.

The skies were ominous as we headed out, with dark clouds blocking out the entire sky.  While it rained a little on us, I read later that an area of the San Gabriel Mountains got four inches of rain in one hour.  Holy downpour, Batman!

The seas were flat, and we had a pleasant ride out to the island.  We've been diving on Anacapa now for years, and have seen GSB lots and lots of times.  I talked with local dive expert Jonathan Hanks to see if he had any recommendations about sites where we would be most likely to find them and he steered me to a reef system in 60-100 feet of water.  It was about a half mile from the shore of MiddleAnacapa, and the site is called Guano Banks.

Diving in to Help

Walter and Mike buddied up and dropped down to 60 feet, with Ronda and Michael following their descent 10 minutes later.  About an hour later the first team boarded the boat and were excited by the quality of the terrain.  Lots of large Calico bass, white sea bass, huge male Sheephead, and hundreds of very large lobsters roaming around. 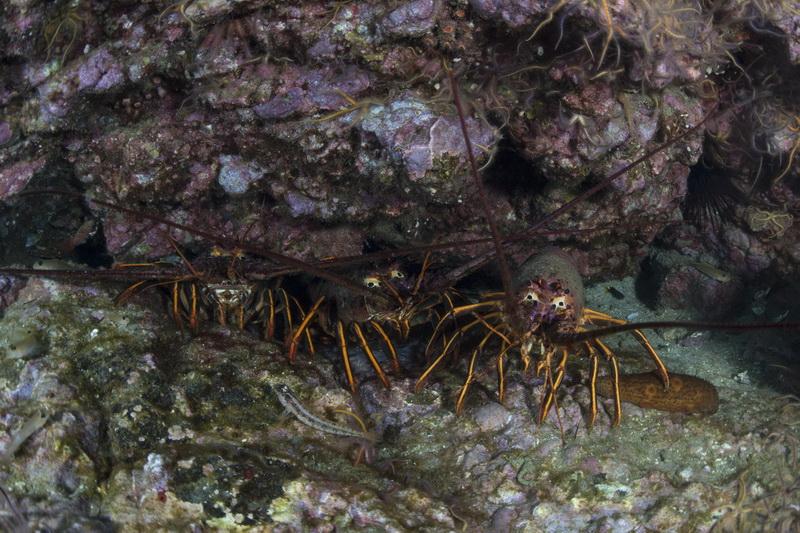 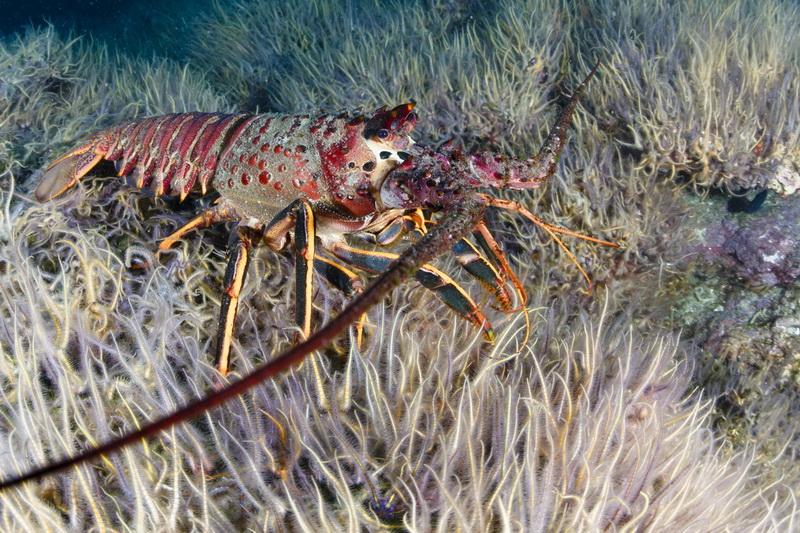 While the underwater habitat fit the description of the type that the GSB like to hang around in, none were to be found.
We took at brief break, ate lunch, and then it was back in the water to resume the hunt.  This time all the divers headed into deeper waters, down to 100 feet.  Visibility was really good, at 30 plus feet.  They saw lots of the same kinds of fish, had a few friendly sea lions follow them around, but again….no giant sea bass. 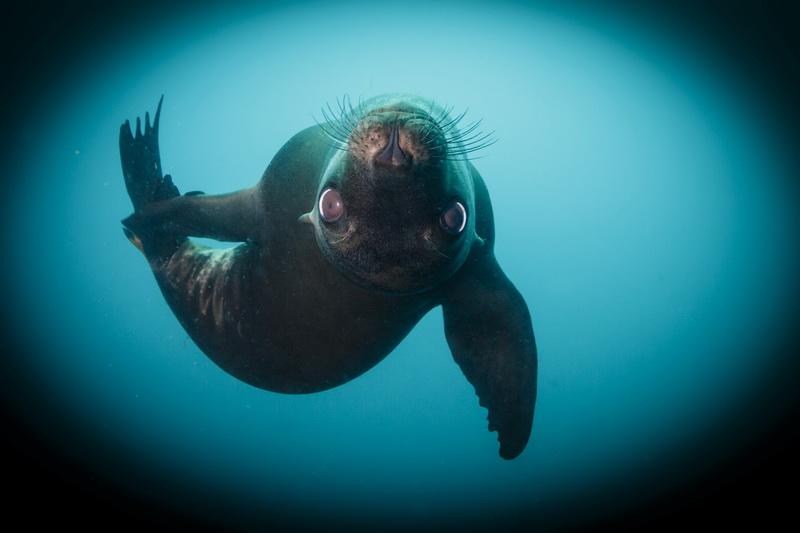 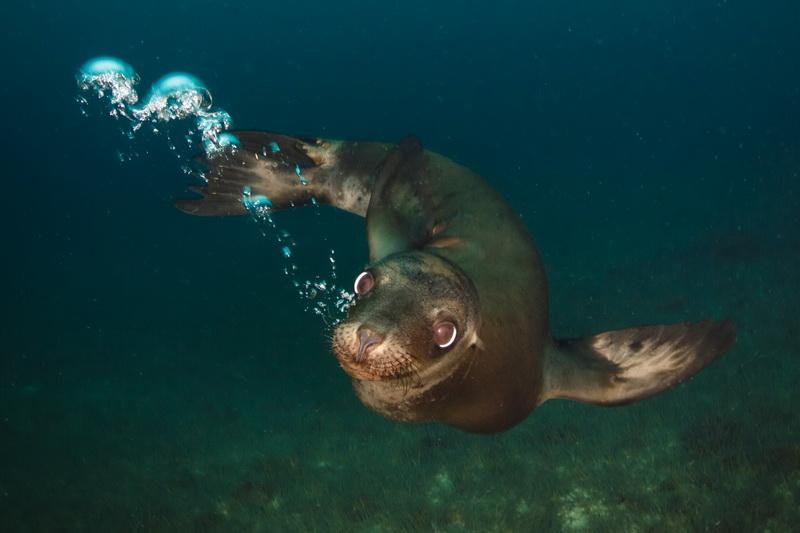 Oh well, that is how it goes sometimes.  When you aren't looking for them, they are all around you.  In fact, the last time we went out one of our divers saw five of them directly under our boat.  Go figure.  Since this is mating season for them maybe they congregate in a specific area, and we just weren't at that spot?  We will file our report about what we saw, and what we didn't see, to the UCSB team.  Stay tuned, and I hope to have some reporting on this for you soon.

I want to thank Walter, Ronda, Mike, and Michael for giving up a day of their lives to help us understand more about this iconic species of fish.

We had a lot of fun and came away with some great underwater photos and film.  Hope you agree.

Check out all the pictures below!

Click on any picture to enlarge and start the slide show.