Jeff Larson, We'll Miss You – a Friend to the Oceans and ODA 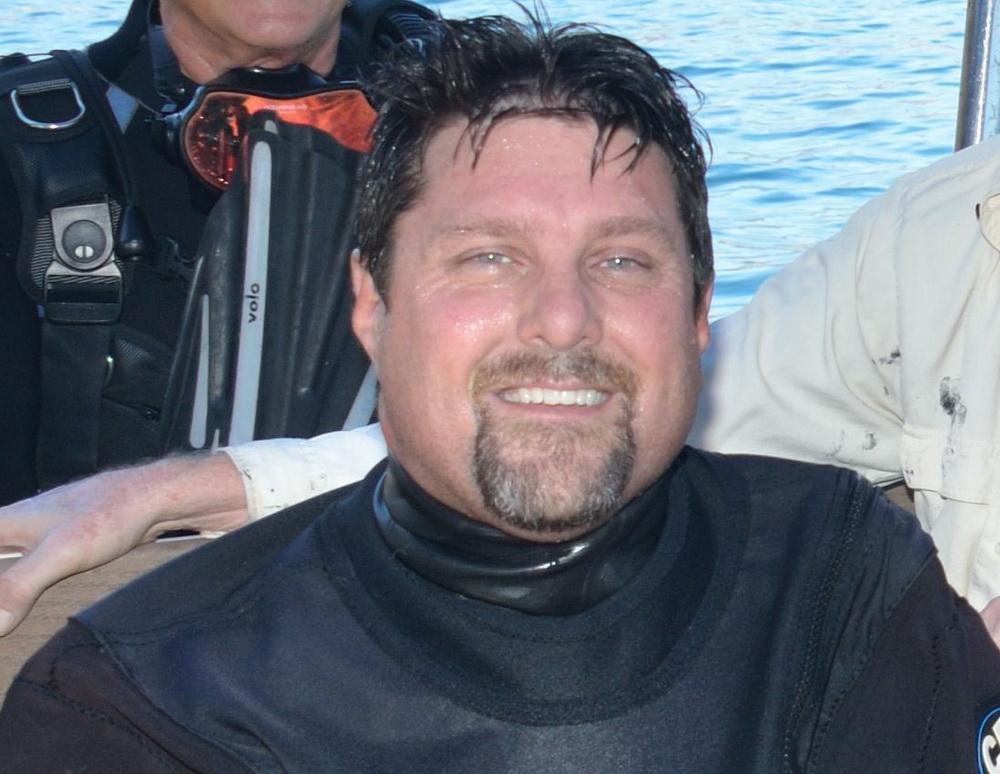 It is with deep regret that I have to tell you: Jeff Larson passed away last night (April 24, 2017).  He was just 48 years old.  He was diagnosed as having pancreatic cancer, about six weeks ago. On behalf of all of us at Ocean Defenders Alliance (ODA),

I share our deepest heartfelt condolences with Jeff's wife Susie and their entire family and all of their friends. Our hearts are aching with yours!

As soon as I got the news, I immediately started looking through our photo archives, and was stunned by how many times Jeff had gone on our dives. He first started diving with us in October of 2013. It appears that he came out on something like 75% of our dives! You talk about dedicated to our oceans, Jeff was a true Ocean Warrior. 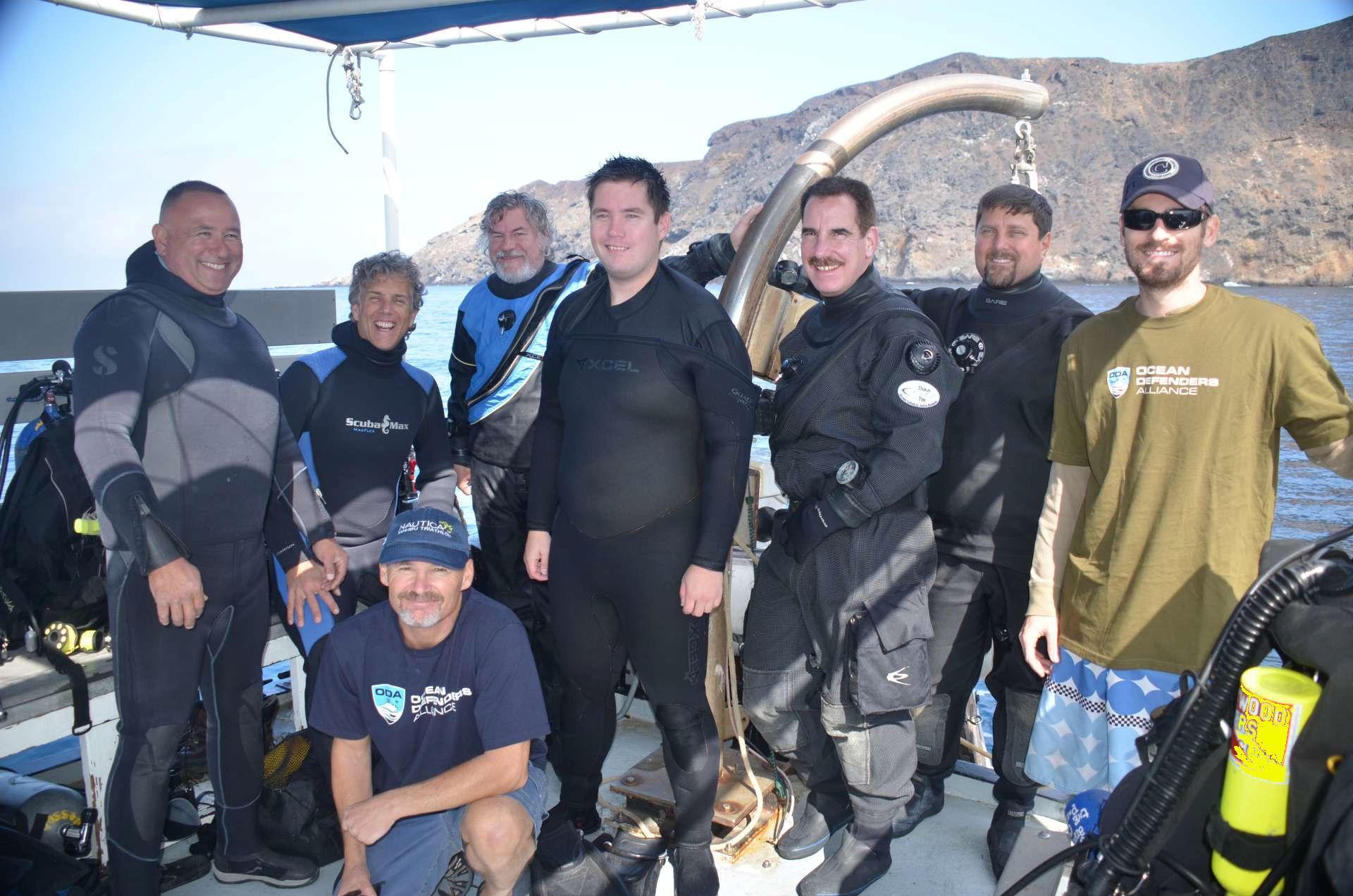 2013 - Jeff's first outing with ODA! This was
just the beginning of Jeff's awesome service to the oceans 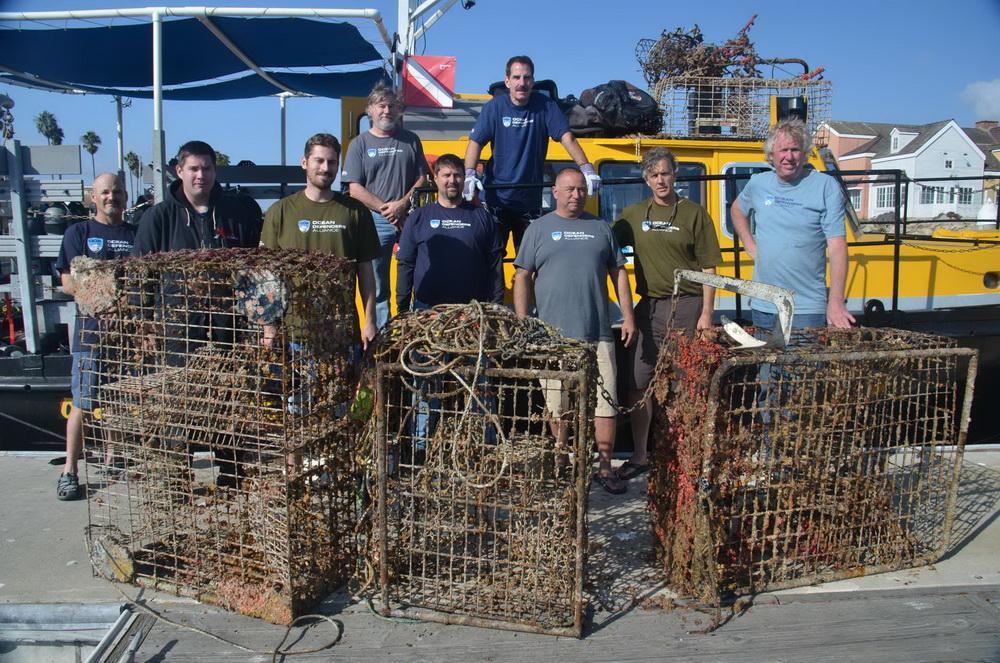 2013 - Jeff's first "catch of the day" with his
fellow ocean defenders.

Jeff’s passion for diving consumed his life, and the oceans and ODA were the better for it. Kevin Augarten and Kim Cardenas were his dive soul mates. As you look at these photos, you’ll hardly see any without the three of them, or at the very least two of them together.

Kevin, Kim, and Jeff - suiting up. Always helping each other!

The Three Amigos - joined (in the back) by Walter Marti.

Jeff was kind of a quiet guy, he didn’t demand attention, and was comfortable being in the background. But his impact on all ODA operations was huge. 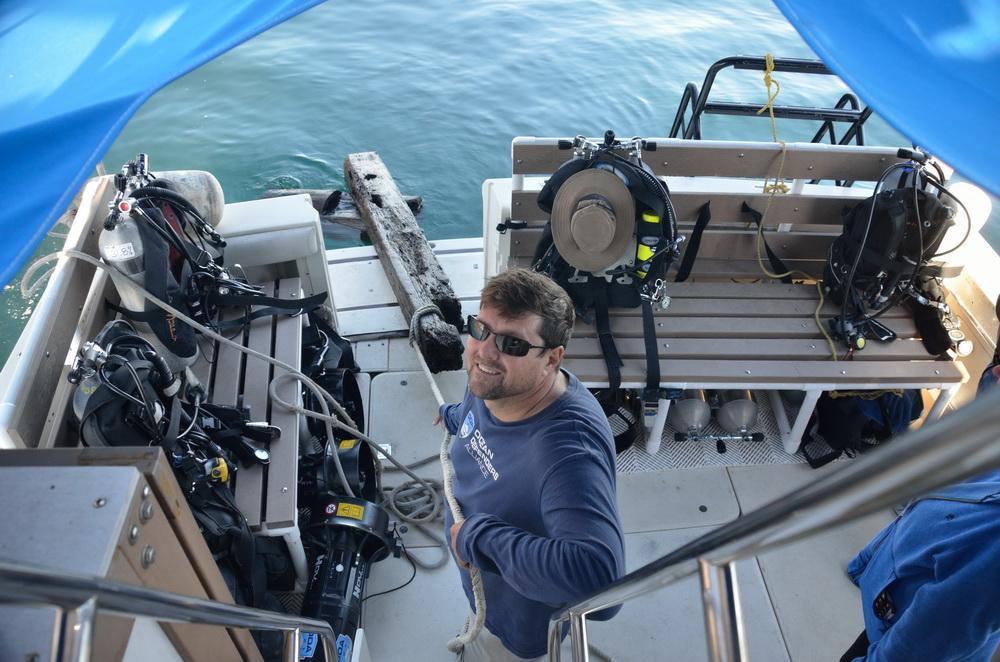 On one memorable dive, we were cleaning up a net that was in the Channel Islands National Marine Sanctuary. It was a place called Frenchy’s Cove.  The net was in 90 feet of water. After the divers had sent the net to the surface, they started their way back to the boat and Jeff found two abandoned lobster traps.  They were just stuffed with lobsters and sheep crabs. Jeff had his camera with him, and filmed it. There were something like 47 animals set free that day. A record for us! 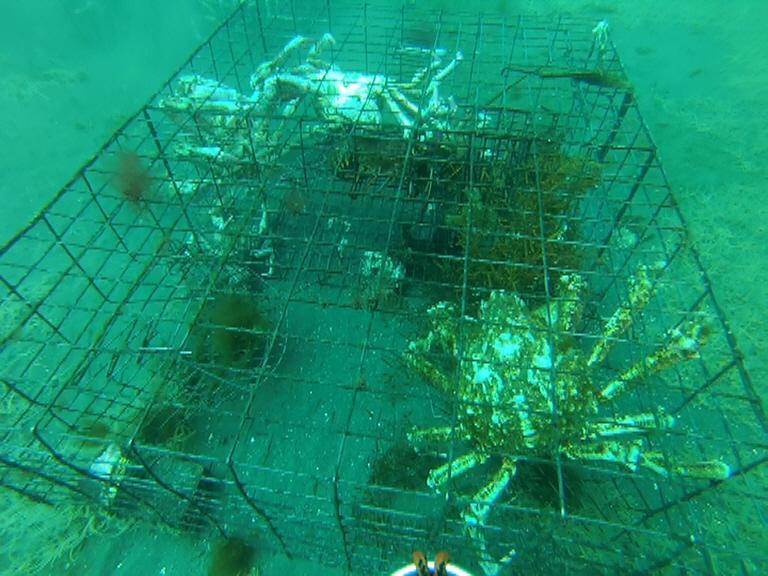 Here are just some of the sheeps crab that Jeff released!

Jeff was one of the few divers who would actually work on the boat (in dock) when needed. He was good with all things mechanical and electrical. Incredibly smart and selfless. 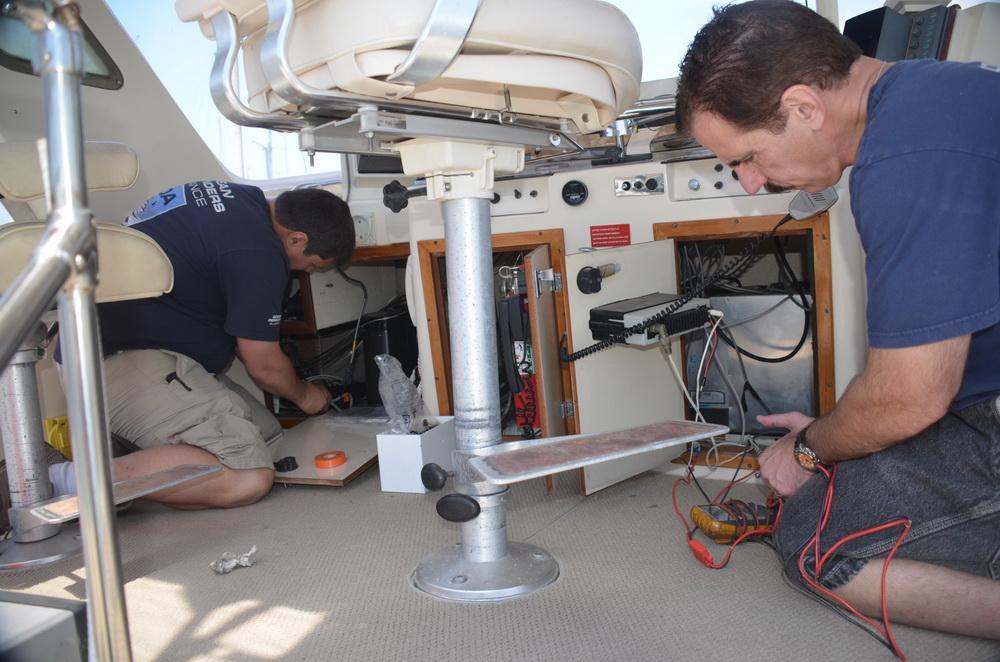 Earlier this year, he and Kevin started doing outreach presentations to civic groups in Oxnard and Ventura. After they did one to the Channel Islands Maritime Museum, he called me excitedly the next day and said they want to do more of them, and they were in the process of making that happen. 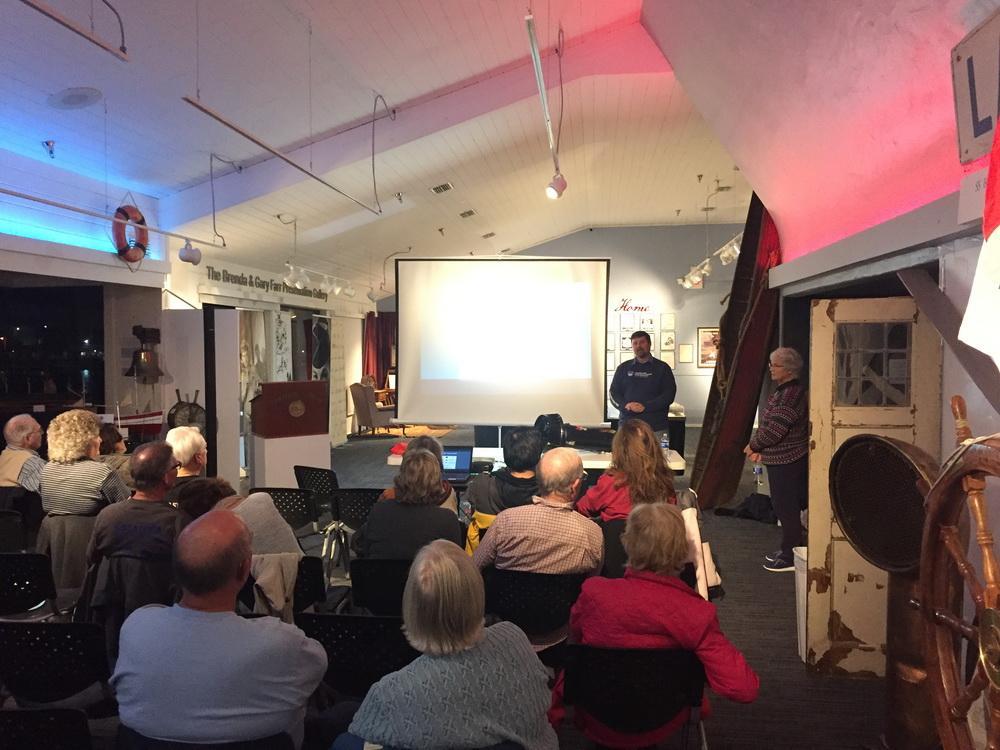 Jeff - in his latest role - ODA spokesman. He did us proud!!!

I can't end this tribute to Jeff without showing images of him doing what he LOVED TO DO: diving and removing man-made debris from the ocean! He was so happy to get abandoned fishing gear out of harm's way and he was darn good at doing it.

The guys have attached a lift bag which will pull the debris to the surface.

Jeff oversees the lift bag operation. Gotta get that debris up and out of the ocean!

Here at ODA, our volunteer base is not that large. We spend so much time together, and are so passionate about our shared love of the oceans, that in a sense we are like an extended family. 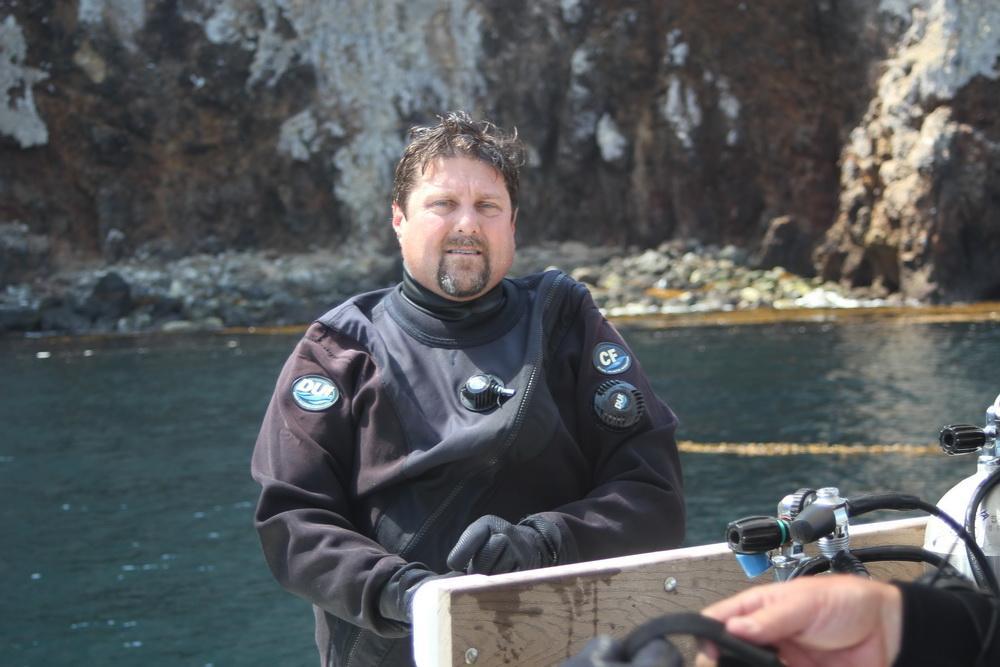 Jeff was an integral part of ODA. Just because he is no longer with us physically, does NOT mean he is gone. He’ll be with us forever.Thank you JEFF LARSON for all you’ve done for our friends in the oceans and forour ODA family! Please enjoy this great slide show of images of our dear fellow ocean defender Jeff!