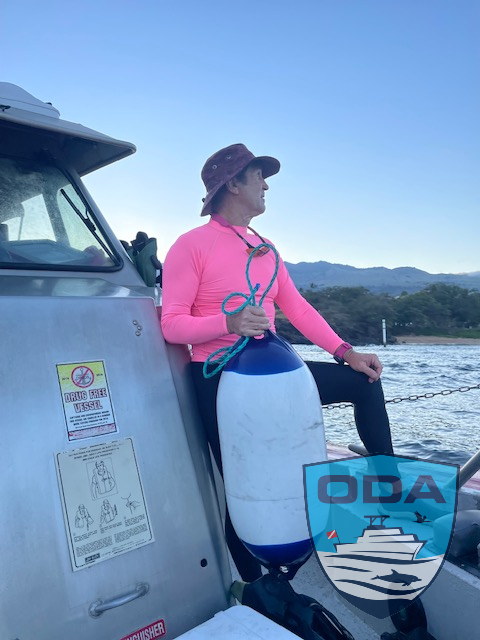 ODA Maui Coordinator Lloyd JohnsonThe week preceding our dive outing was a week of gusty winds, which would be problematic for the operation.  We also knew the moon would be a waning crescent, which means there would be fishermen at the site all night.  We watched the weather for a change, and I scheduled the dive for the later of the two choices, hoping the fishermen would be calling it quits about the time of our arrival.

The day before I was visited by Michael Dougan, the boat owner, and Chanel White, our underwater photographer.  Michael and the boat’s captain were asking that I cut three people from the volunteers, in order to lighten the boat for the rough conditions.  Three people graciously volunteered to give up their spots: Lisa Archuleta, Christy Coppolo, and Jamie Sue West. We hope you’ll all come out with us another time soon!

That morning we all met Yonigan's Getaway at Kihei Boat Ramp.  We boarded and departed without incident.  Outside the harbor we debated which site to cleanup.  There were no good choices, due to weather.  We opted for the long haul that we knew would bring up the most trash.  It's a fishing site in La Perouse Bay, and we were set up for retrieving fishing tackle. 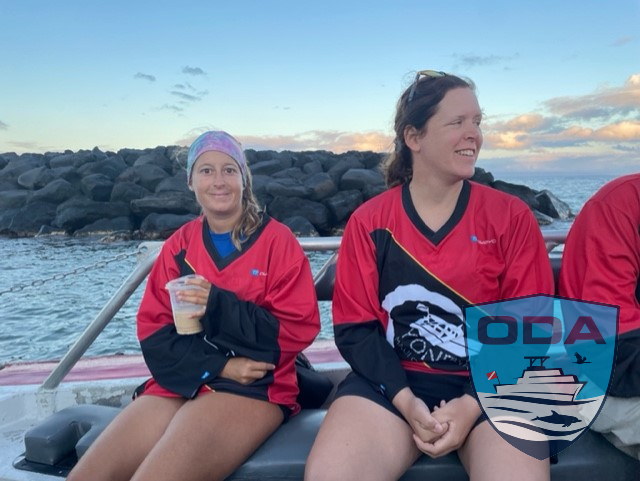 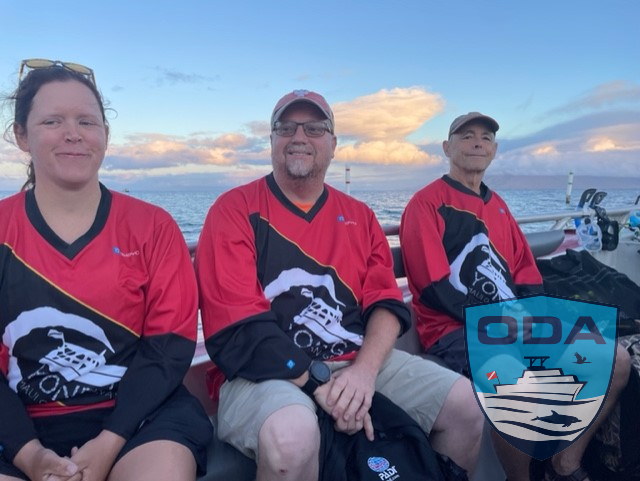 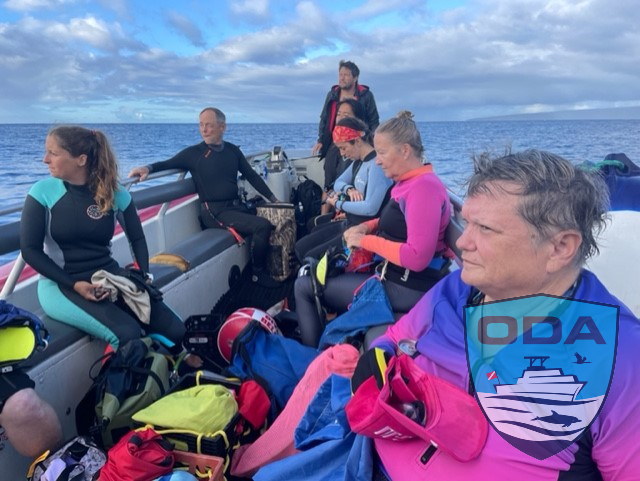 We reached the site to find fishermen still had lines in the water.  It's a bad idea to anger the fishermen.  We opted to do our cleanup a little offside from the active lines.  Entering the water were the following people: Seda Altinyuva, Bill Epplett, Susan Frett, Bryan Jaymes, Lloyd Johnson (myself), Lyndsey Kaye, Betsy Palmer, Joel Schlarb, Donna VanStalen, Chanel White, and Cynthia Wong.  Michael Dougan and Captain Don remained on the boat to lift our collection onto the boat.

We spread out and collected fishing tackle tangled on the reef or partially buried in the sand.  We later weighed the trash at 40 pounds.  While it's the lead sinkers that tip the scales, it's the fishing line that does the greater harm.

While we sat in a sheltered bay, we could see the sea had gotten much rougher, as expected.  We opted to abort the second dive before conditions got even worse.  It was a rough ride back to Kihei Boat Ramp, but we treated it like the adventure it was! 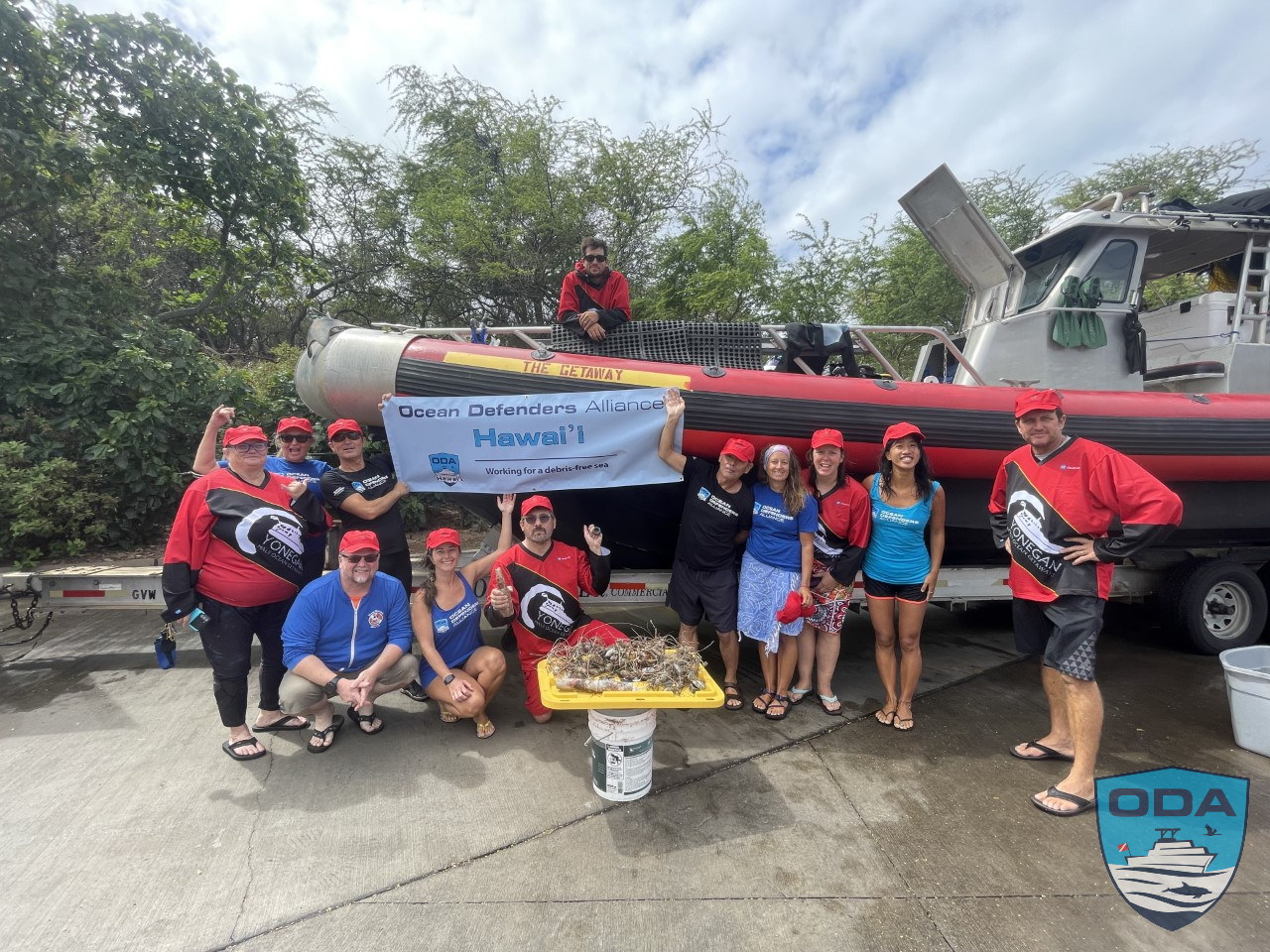 Thanks to all the volunteers for your passion and care for the ocean! Any debris we can remove means safer habitat for the wildlife, and we’re celebrating the fact that all that fishing line is out of harm’s way.