With an exceptionally high tide, we had to switch boats for Ocean Defender Alliance’s (ODA’s) cleanup dive with Island Divers Hawaii (IDH)! 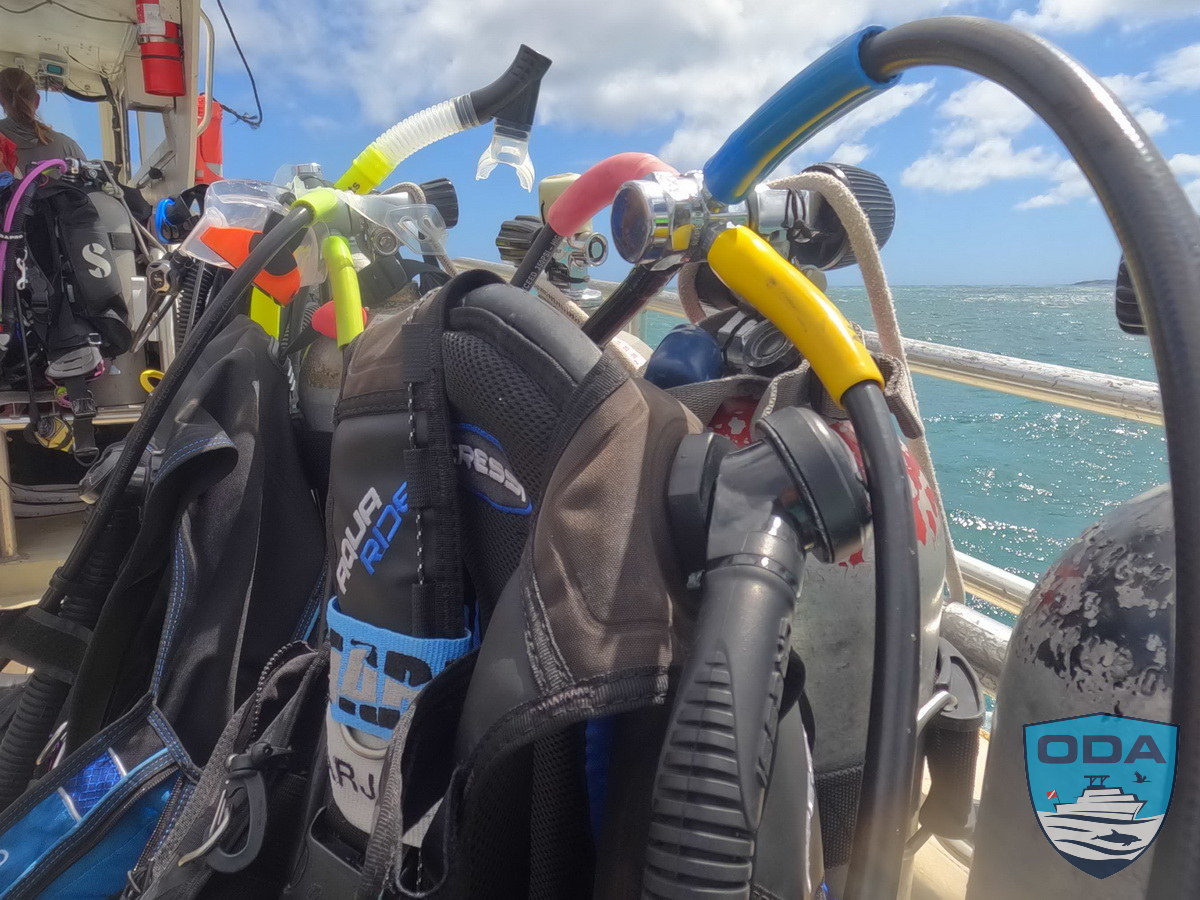 Our boat for the afternoon was The Seahound, captained by Matt Negaard. With this vesse, we were easily able to maneuver under the bridge and out to sea!

The trip was in question as conditions were a bit “sporty,” especially for this time of year. Once we got out of the harbor it seemed doable, but as Captain Matt later said to me, “Conditions in the afternoon rarely get better. They always get worse/”

Yep. That was the case! 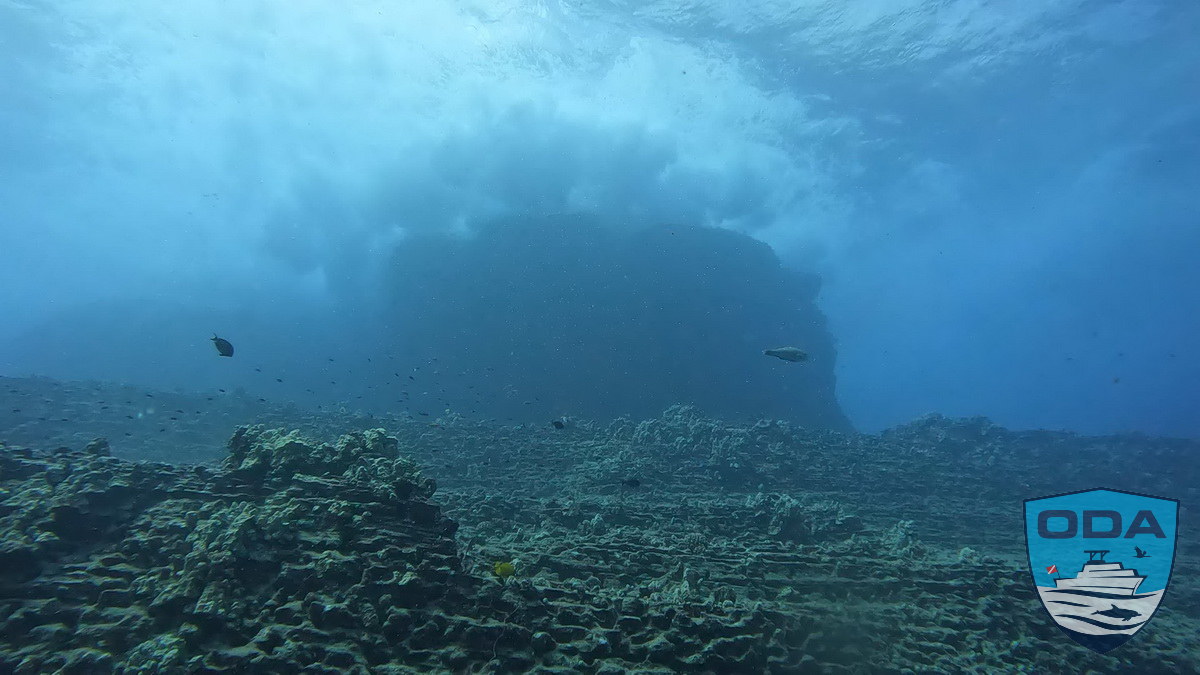 Dive Master Anna Sorrentino led our crew of volunteers into the water after a check of conditions underwater. We had two new volunteers, Kay Smullen and Thomas Aquilo to accompany the “old timer” crew of Glenn Roberts, Ed Sisino, Dan Okamura, David Marcelli, Henry Bennett, Mark England and me, Marjorie Zensen. Chris Denton stayed onboard as crew with Captain Matt.

Once underwater, it was pretty peaceful, but I immediately saw that we had been dropped in a really good spot. There were line and weights everywhere! 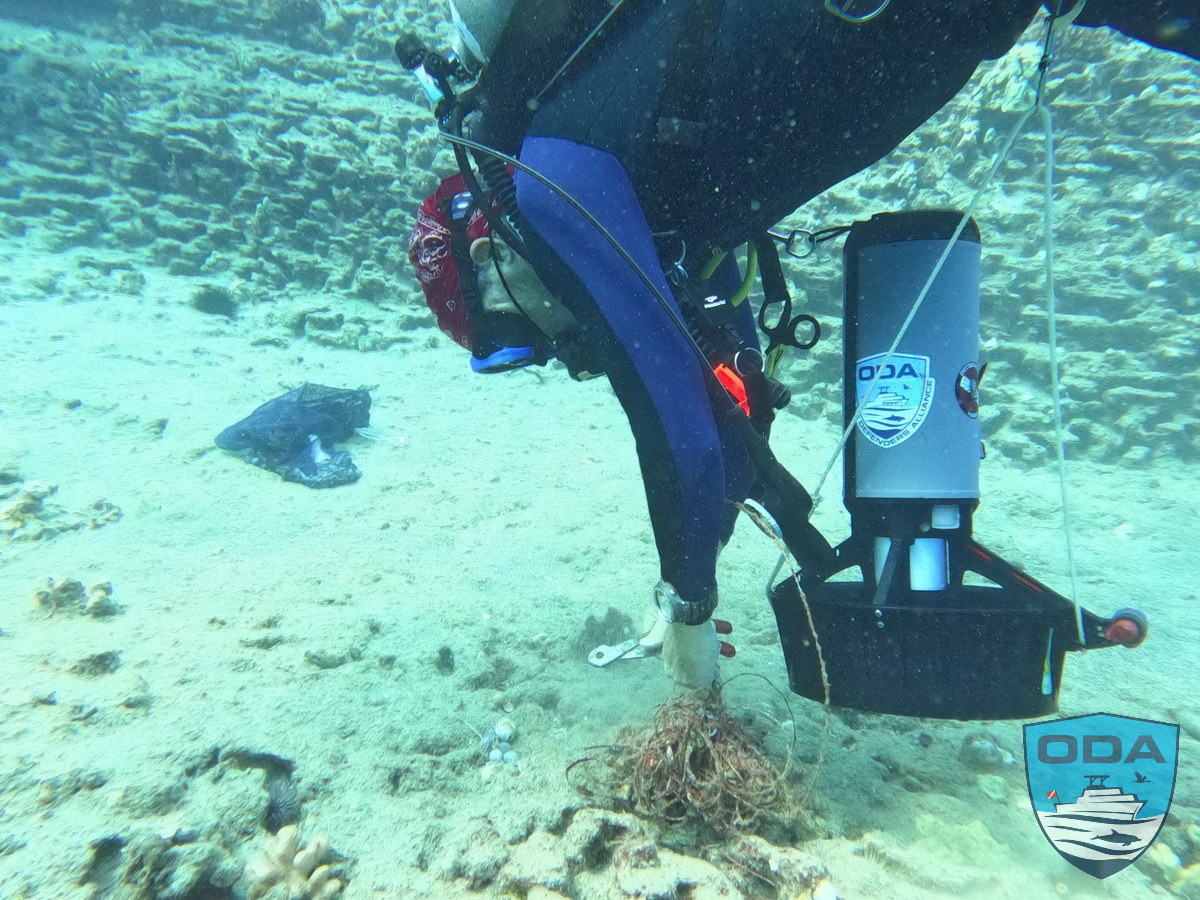 My job was to take pictures, but I got very distracted by all of the line, strung for yards across the reef. I have to admit that I did set aside photography when I just couldn’t stand it anymore! I HAD to do my part! And a half-hour (our max time underwater as we blow through air a bit quicker since we are working) is all we get and I knew it was NOT enough time. And it wasn’t. 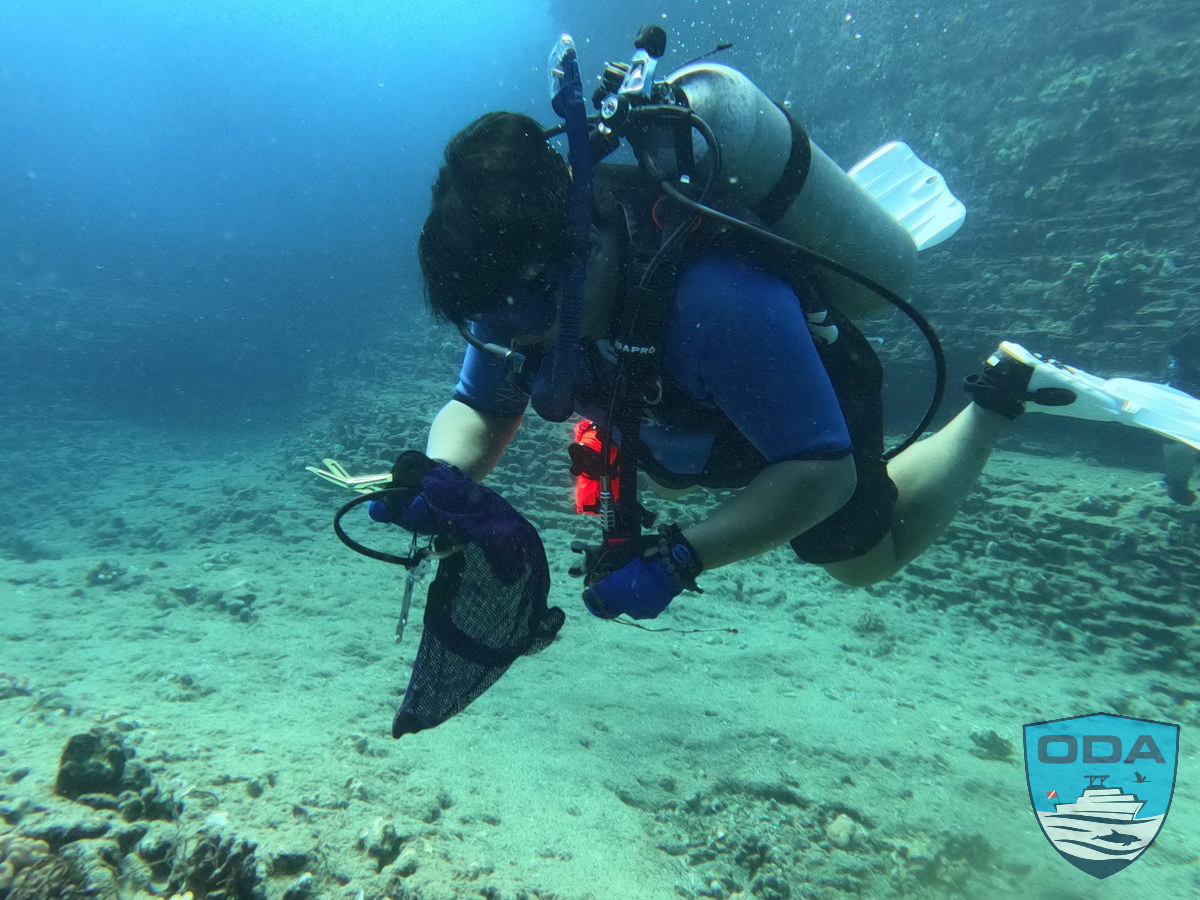 While working on a particularly long strung-out line, I saw a turtle swimming by. I didn’t get a picture of the turtle because, well, I was working and not quick enough with my camera. But I knew I had made the right choice. Line strung out across the reef or sea floor is especially dangerous for turtles as they swim under it, get caught, twist and turn to get free and end up entangling themselves. 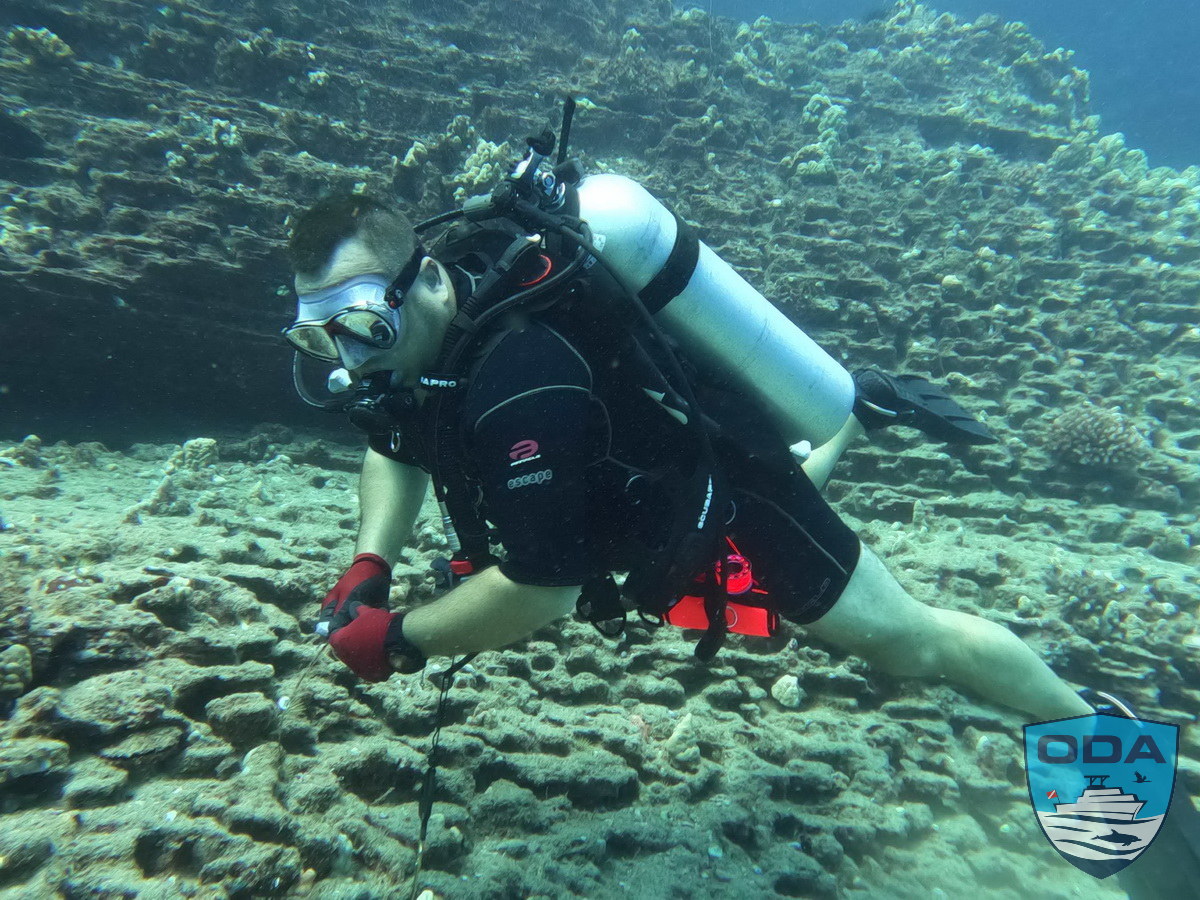 Then, while everyone was very, very hard at work, I looked up and met the eye of DM Anna as she had her camera pointed at a monk seal!  I could only stare and realized too late that the camera was not on! But Anna got some great video! Thank you, Anna! And sorry that the rest of the crew didn’t see the seal but that is just how hard everyone was working!

Now, everyone can see the video:

This is yet another reminder of why this site near China Walls is so important. Deceased (and live) monk seals have been found with fishing line attached or even inside of them.

Monk seals are endemic to the Hawaiian archipelago and are endangered. Their numbers have been creeping upwards and we need to extend extra care so that continues. 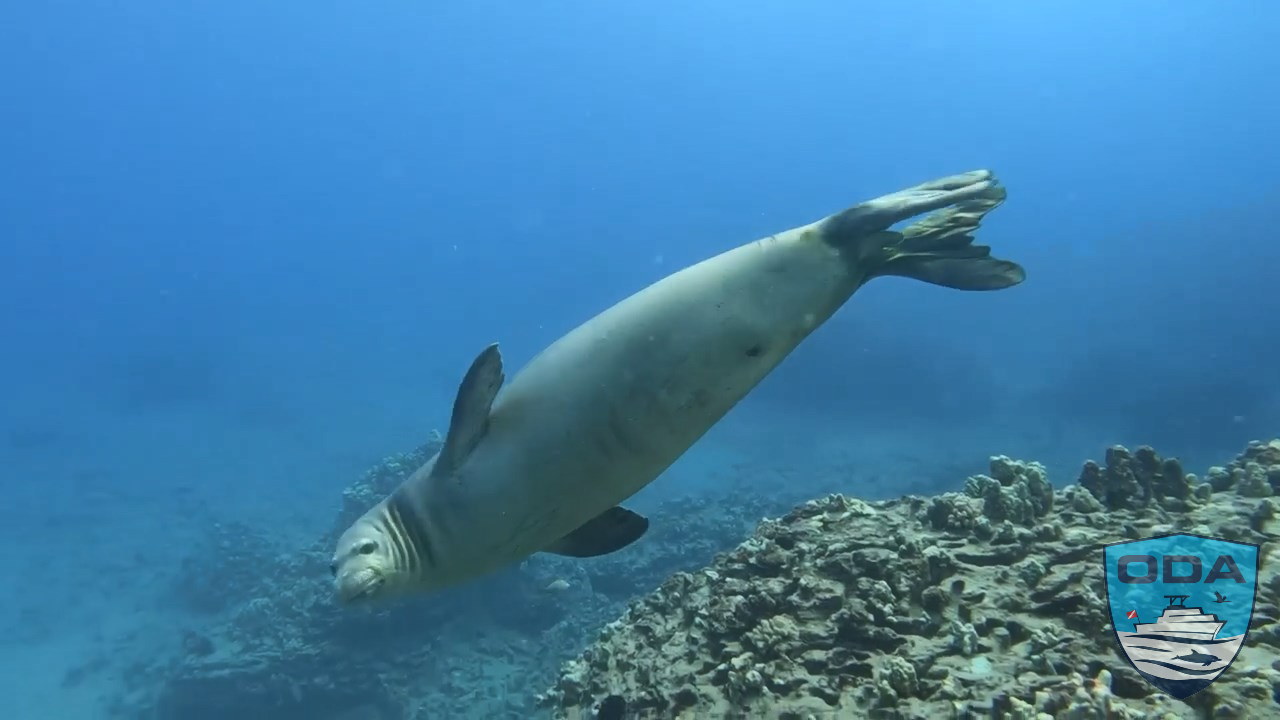 Yet humans remain their biggest threat and entanglement is top on the list. Other human threats come from beach disturbance, overfishing, intentional killing as well as many environmental issues that plague our oceans.

The Hawaiian name for monk seal is Ilio-holo- i- ka-uaua. Basically, that means “dog running in rough seas.”  And that playful name fits them perfectly! So for those of you who support ODA, thank you for helping to save the Ilio-holo-i-ka-uaua. 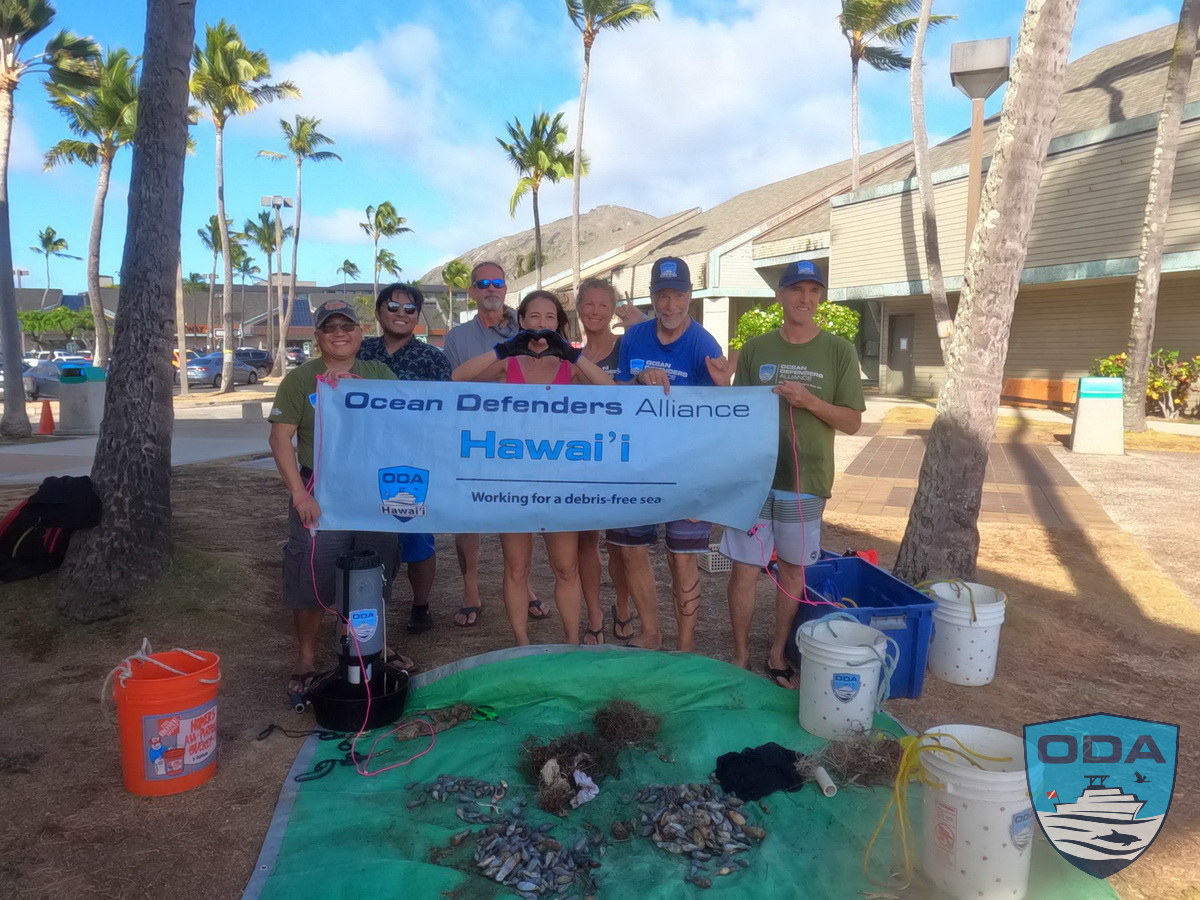 We pulled the following debris:

And other random items that were not really identifiable! 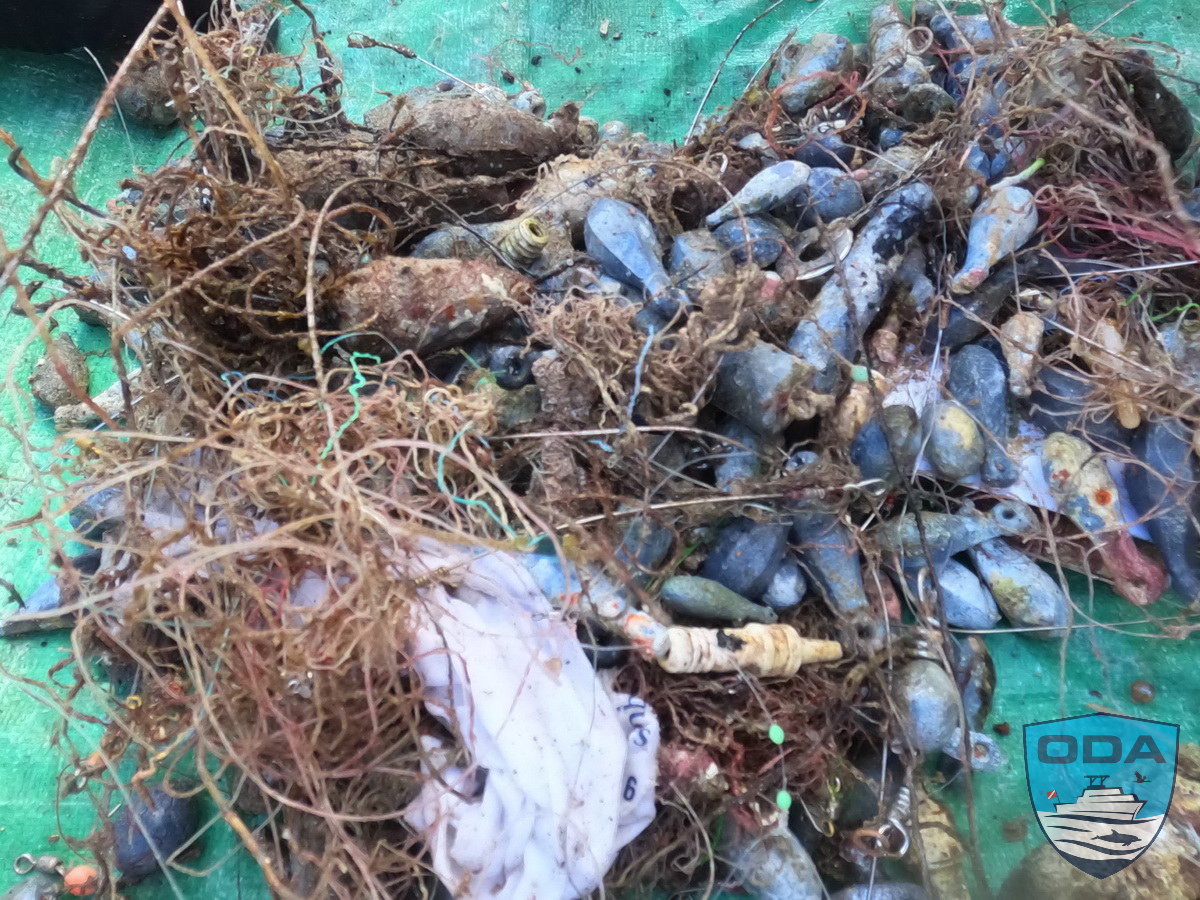 We had a spectacular time together and for those of us who saw wildlife, we were even more inspired to get every bit of debris out of their habitat! Thank you for helping us make this happen.