Just like clockwork, when October rolls around the seas settle down.

After months of big waves and murky water, on October 9th, our steadfast crew of divers and deckhands headed out of the Channel Islands Harbor to see, one more time, if we could get a couple of cleanup dives in. 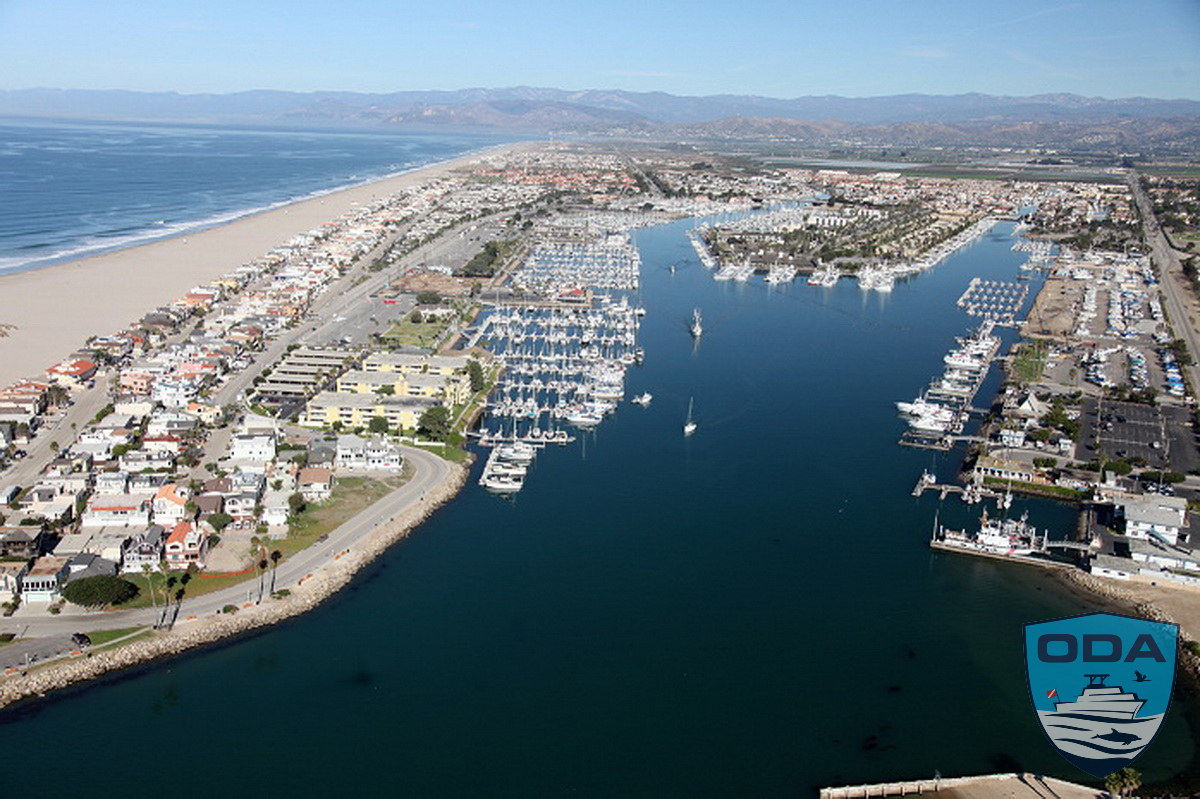 We always try to document the day with a shot of the "Crew Before Departure" -- see our hardworking and cheerful group here: 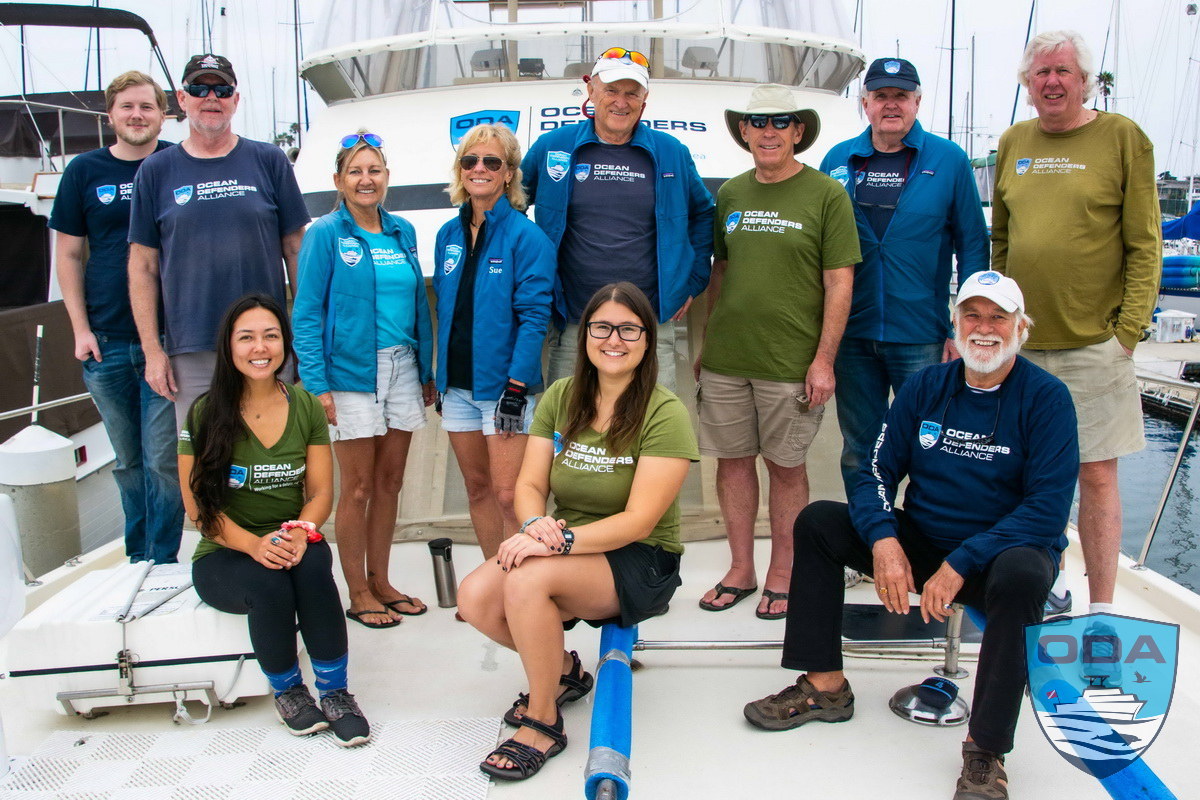 As with every expedition, we have quite a lot of preparation work.  Not only do we have the vessel equipment to check (engine, electrical, davit, smallboat, etc…), we have to prepare the lift bags that will be attached to the debris. Here you can see the crew rolling them. Once the bags are attached to the traps or other heavy objects, the diver inflates the bag which creates a balloon that “floats” the debris to the surface for retrieval. Look at the end of this story for the final steps on the lift bags’ “journey” for the day. 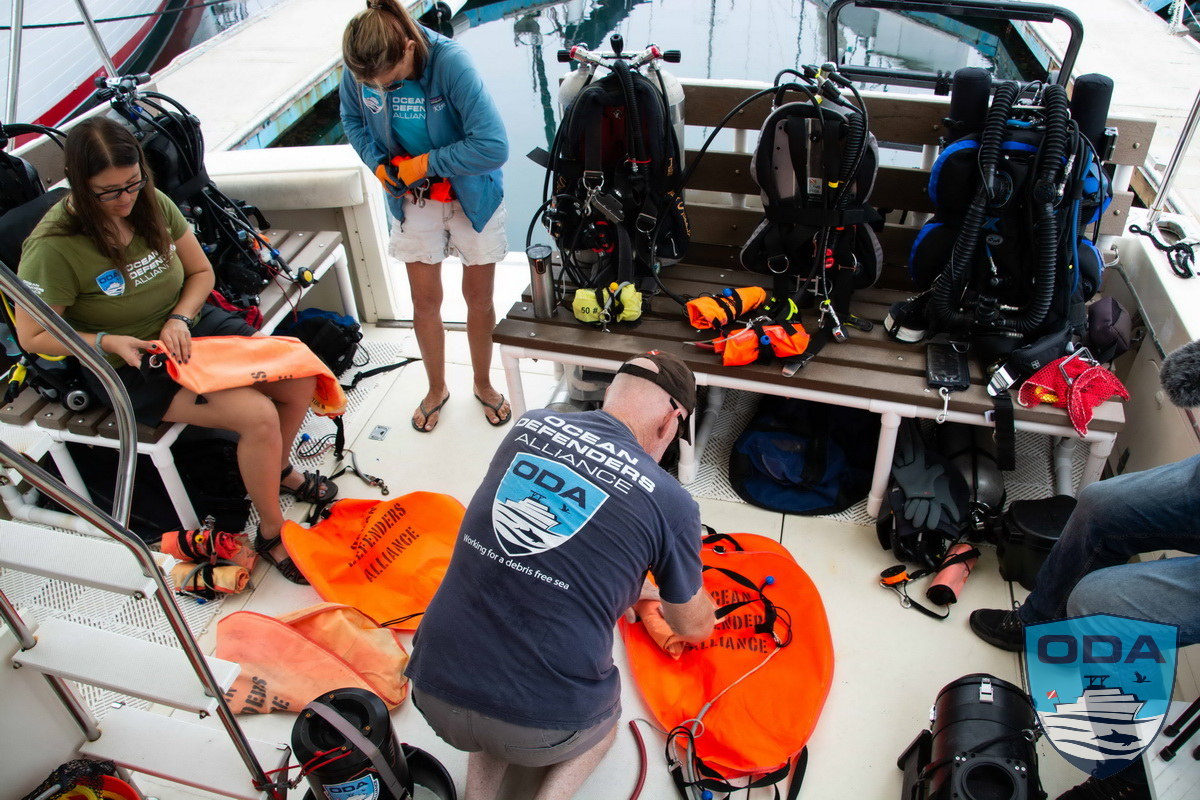 As we rode out, we were pleasantly surprised, in fact kinda giddy, to see flat seas.  We headed a few miles out to a site we had investigated a month ago called the La Janelle 4.  Or at least that is what we are calling it.  The La Janelle was a huge ship that sank off the Ventura coast and drifted into the Port Hueneme breakwall. 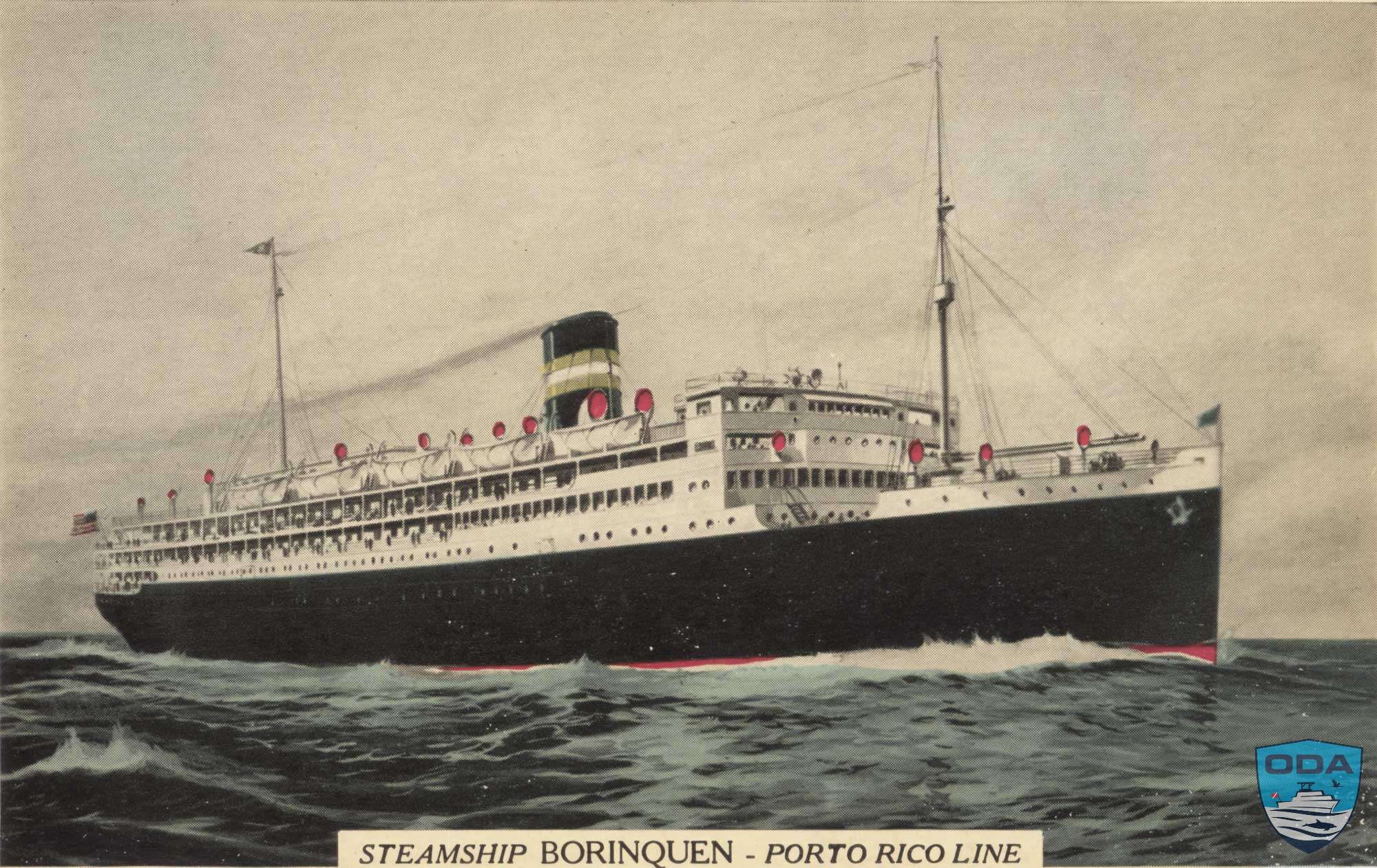 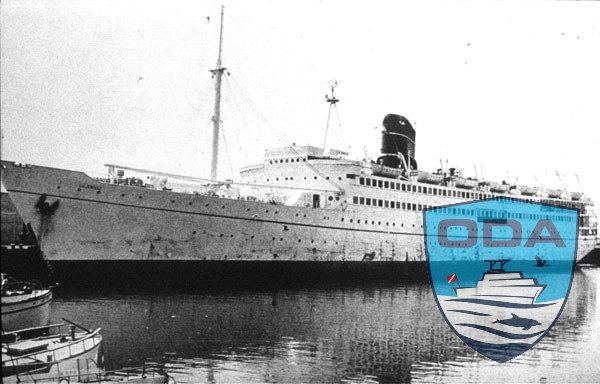 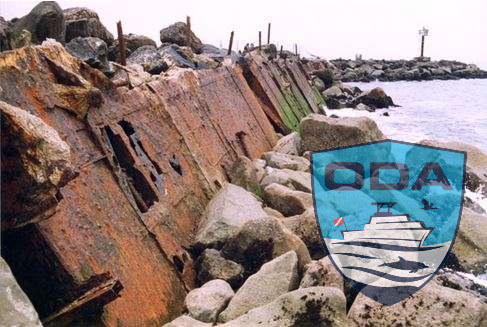 Rather than let the wreck destroy the breakwall entirely, the ship was cut into huge pieces and then dragged section by section out to deeper waters.  The wreck is now scattered over several square miles on the ocean bottom.

Because of our last outing at this site, we knew that there was a least one abandoned trap here that we could remove. 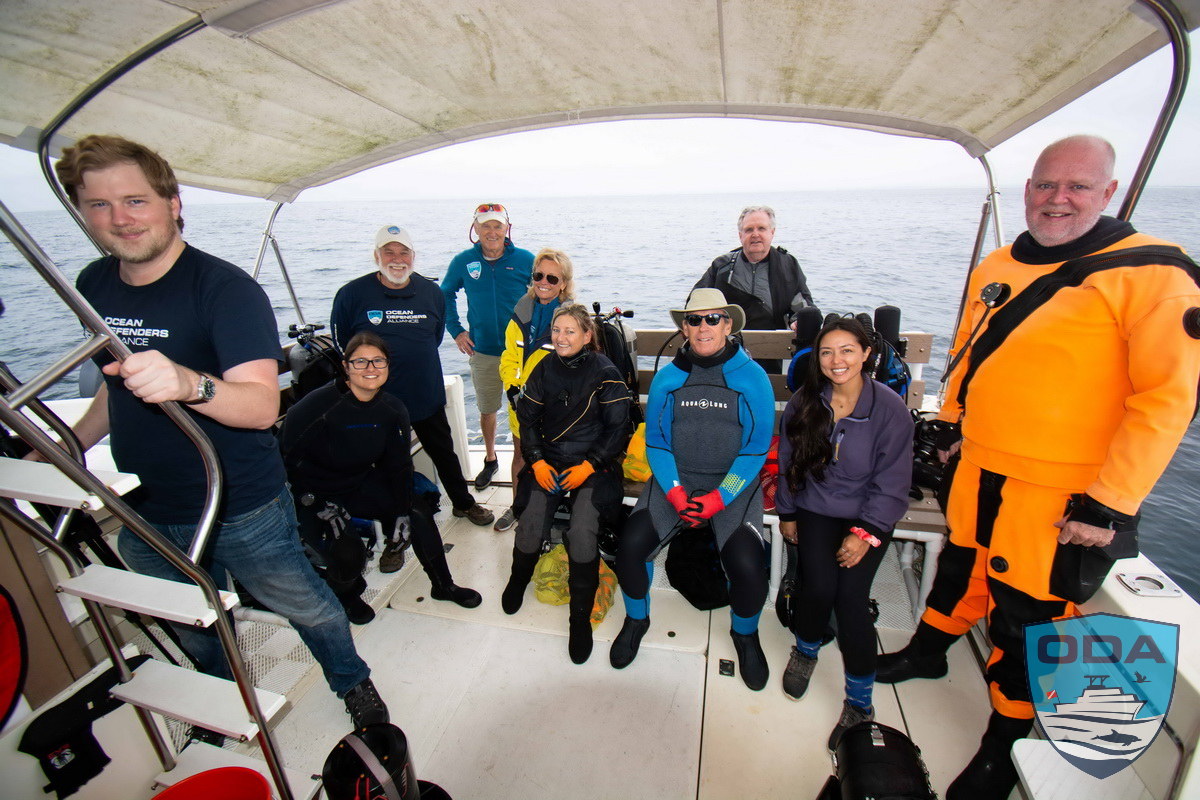 The dive team for our first of two dives was: Kim Cardenas, Al Laubenstein, Abigail Sanford, Geoff Walsh, and Mike Wynd.  Helping out on the boat were: Dave Merrill, Tim Pearson, Cristina Robinson, Sue St. Sure, and Angus Yates.

When we got to a spot where our depth sounder indicated that there was something of significance underneath us, we dropped the anchor.  Soon the divers were suited up and heading down to the bottom at 82 feet. 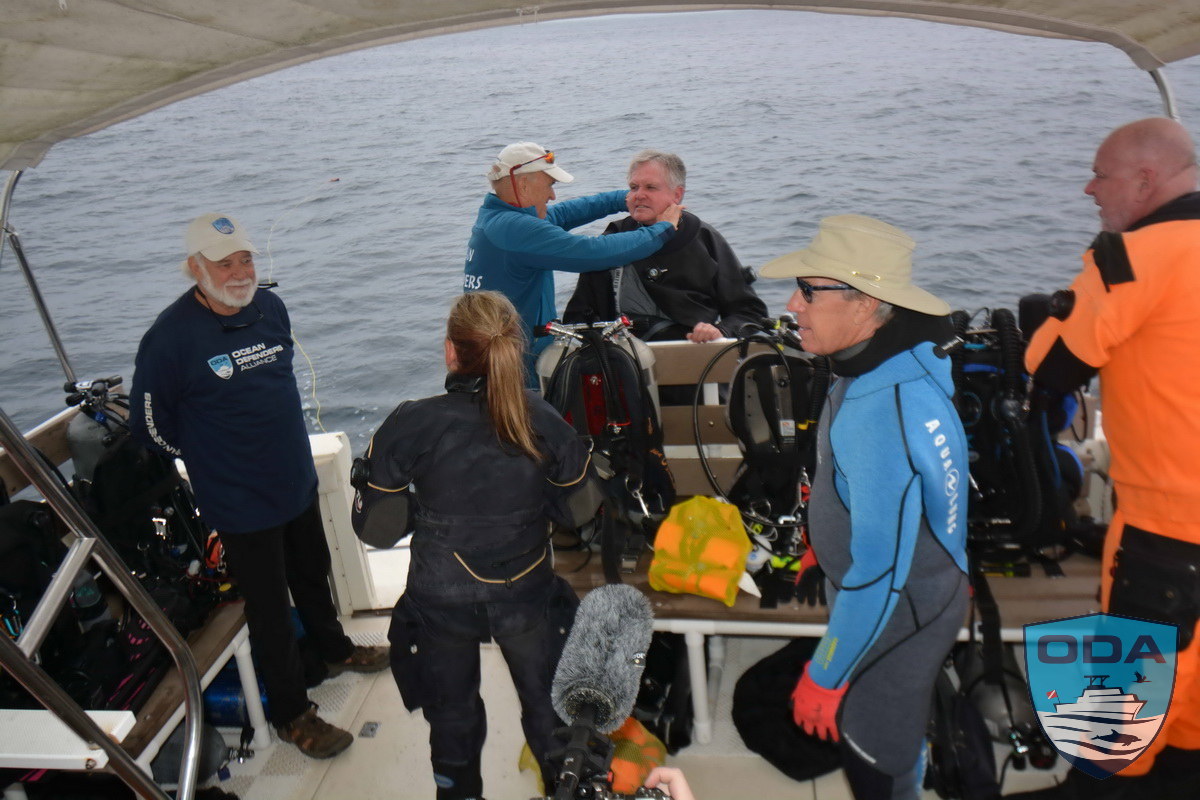 Mike went first, then Kim and Abigail, with Dave and Geoff shortly behind them.

They were down quite a while before we saw our first lift bag break the surface.  Two minutes later we saw a set of two bags pop up 30 feet directly in front of the boat.  We knew there would be a trap attached to those bags because it takes two bags to lift a trap off the bottom.

Sue and Cristina got in the RIB and headed over to the bags. 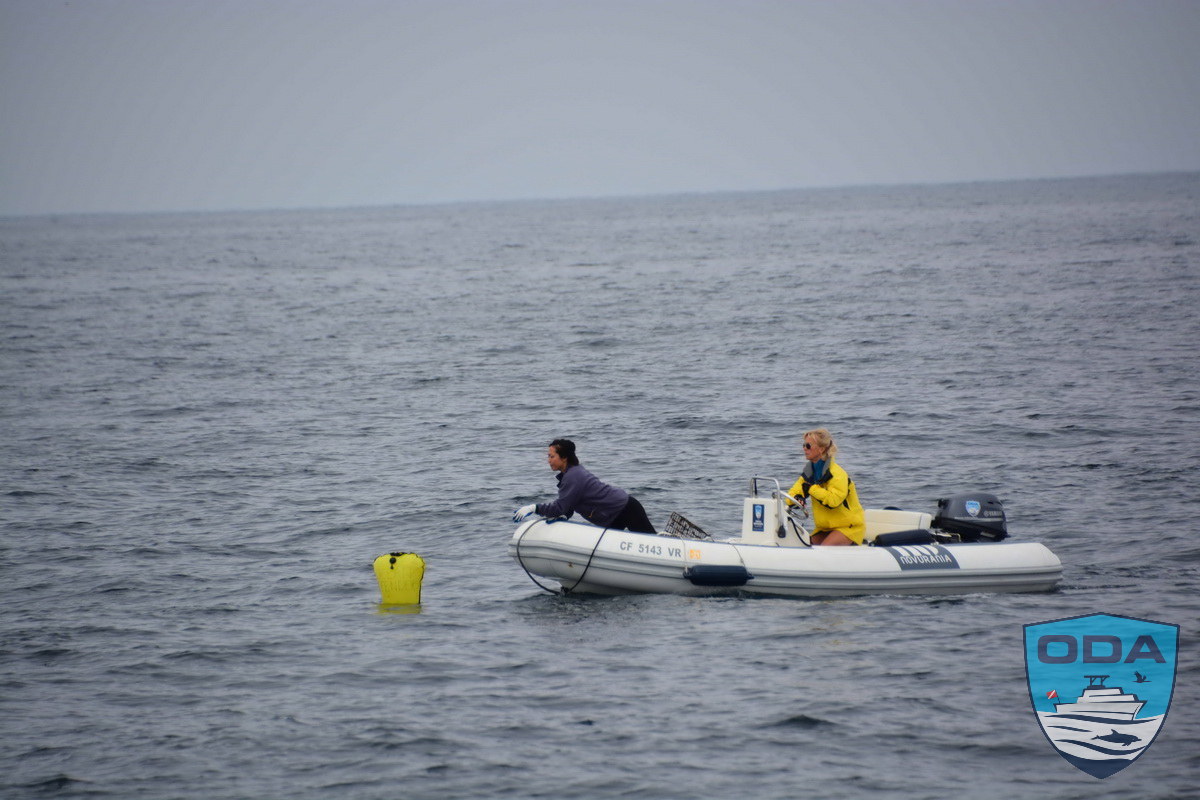 The first bag had a small section of a broken-up trap attached to it as well as a fishing pole.  The RIB crew pulled that stuff aboard and then headed over to the other bags. 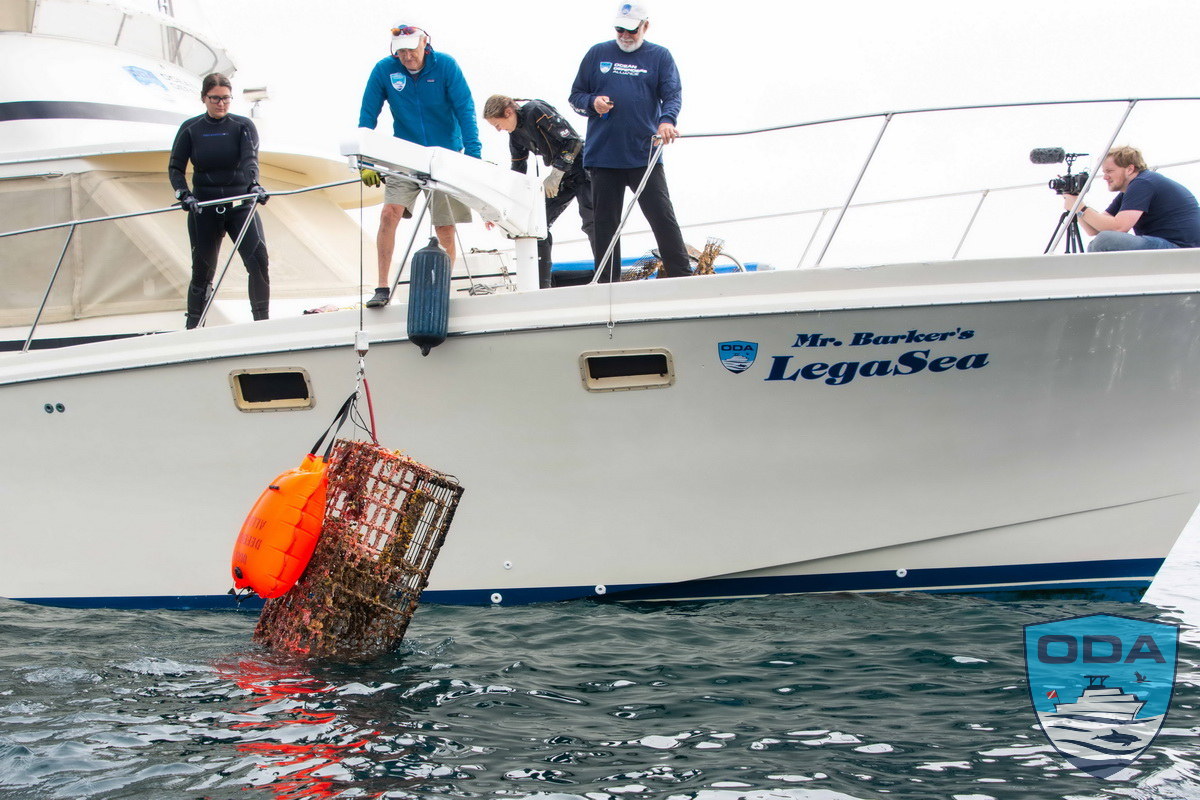 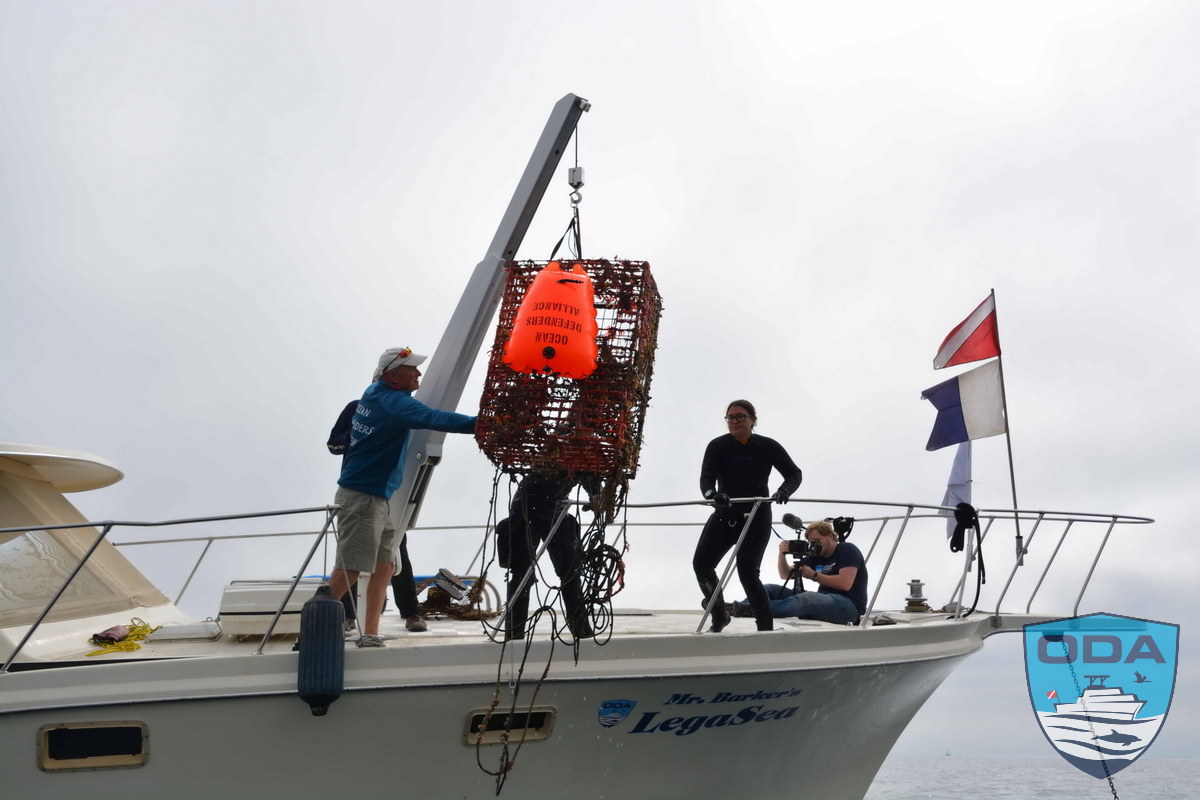 The divers came back up shortly thereafter and climbed aboard.

We took a snack break and talked about the dive.

After months and months of absolutely horrid UW vis (underwater visibility), naturally the first words out of our mouths were “How was the vis?”

Turns out it was great at between 20 and 25 feet.  Significantly better that the three-five feet of vis we’d been seeing (or not seeing?) all year.  All the divers were ecstatic about the quality of the conditions and the beauty of the wreck site.  The also said there was an impressive number of fish hanging around.  Big ones, too.  So many that Kim said she was waving her arms around trying to get them to move out of the way because she couldn't see.  Nice!

We discussed what we should do next.  Everyone felt that a second dive here was warranted because they felt there was more to be removed.  So, I moved the boat about 100 feet away and dropped the anchor once more.

Mike’s drysuit had sprung a leak so he didn’t go on the second dive.  But Kim, Al, Abigail, and Geoff were eager to go. First, Al, then in goes Geoff! 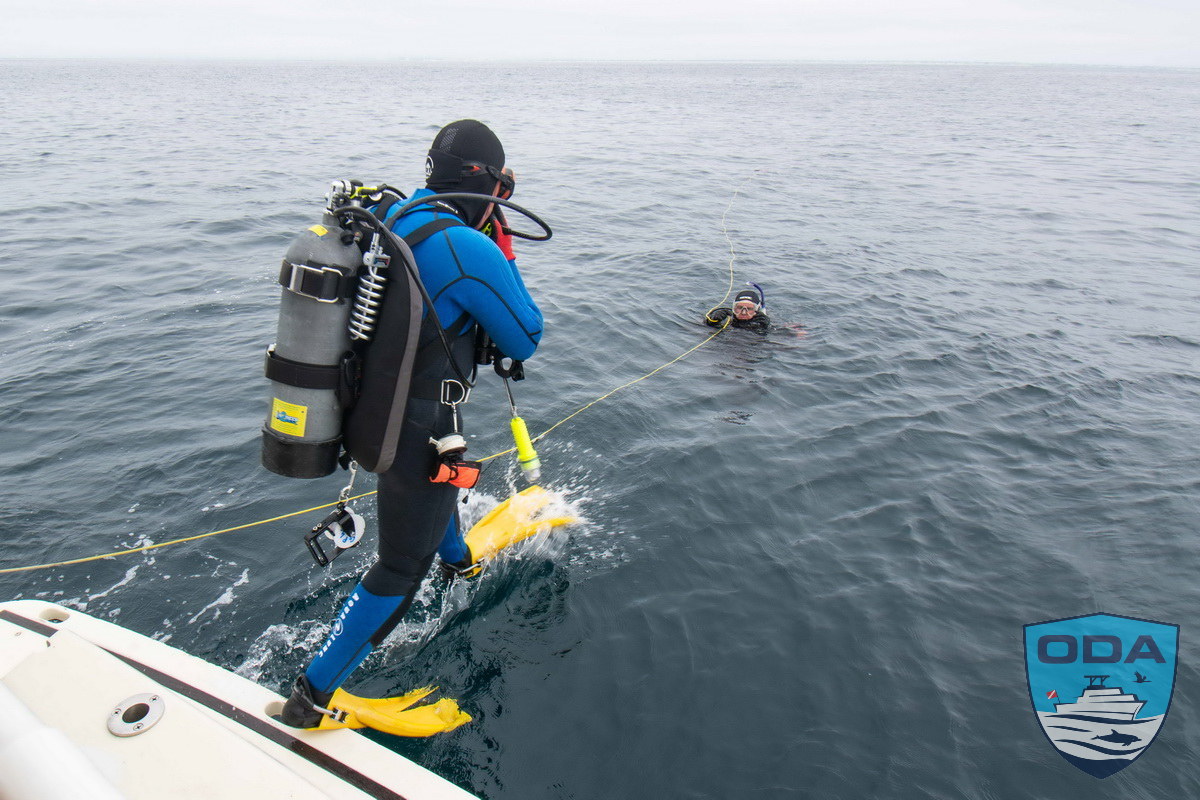 Once they got down, it didn’t take but five minutes before the lift bags were popping up all over the place.  Five bags in all.

The RIB crew headed over to retrieve the marine debris and had to spend quite a lot of time hooking up a tow line to the trap, but once they had accomplished that, Sue put the smallboat in reverse and hauled it over to the LegaSea. 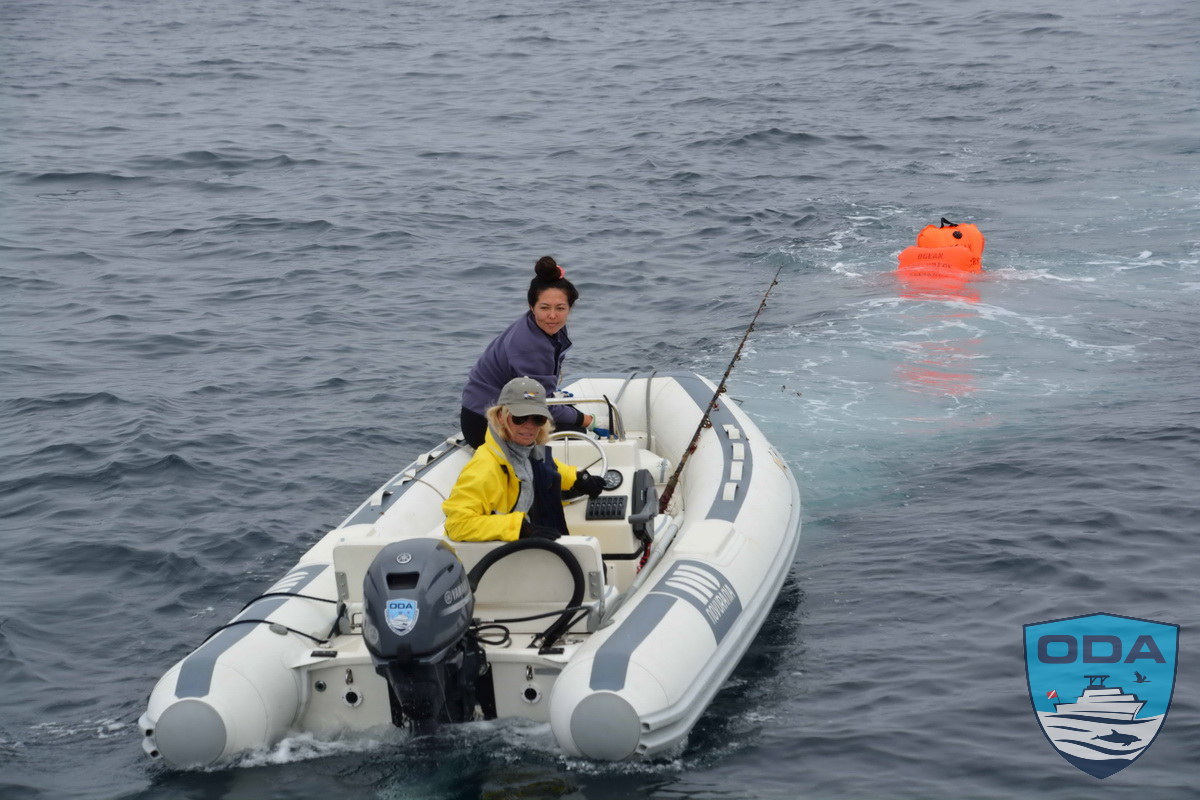 Thanks to our davit (crane), within minutes we had a trap up on the front deck. 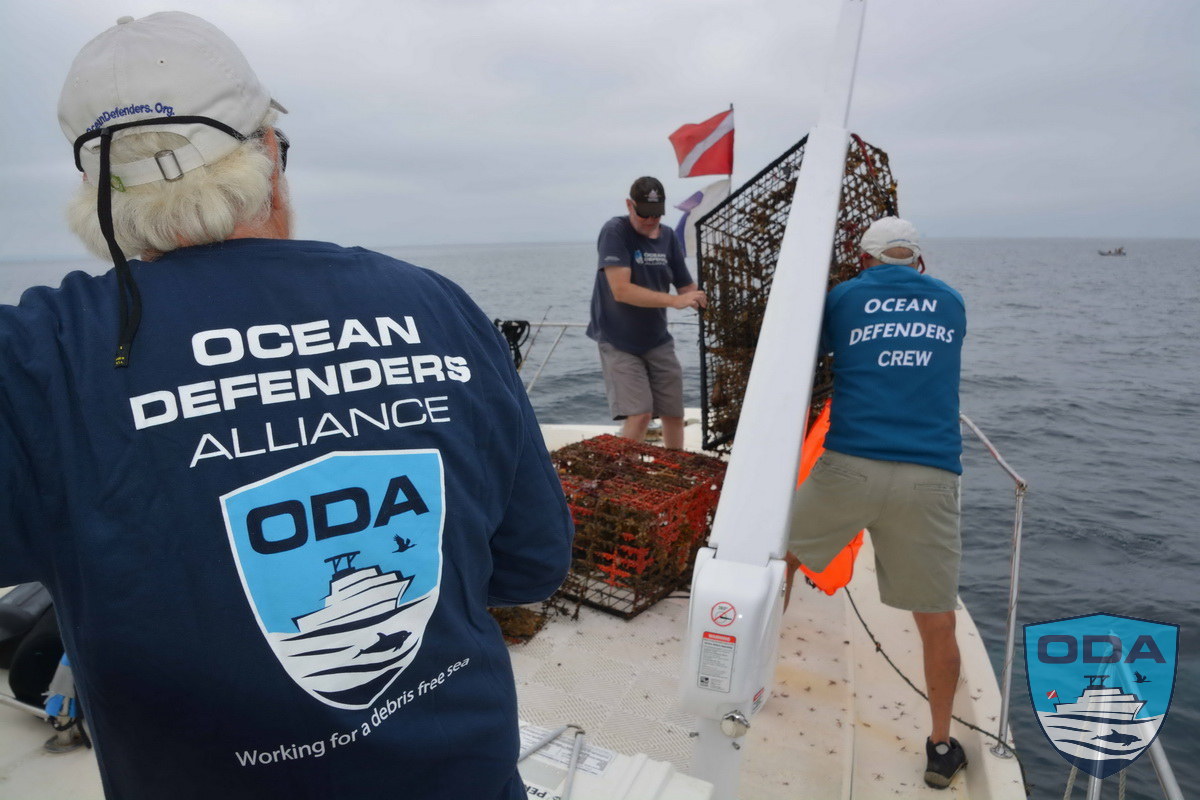 In addtion to this additional lobster trap, this second dive brought in a fishing rod, trap remnants, and about 200 feet of trap lines. These lines are the kind that can entangle migrating whales. Boy were we happy to get them out of harm's way!

Back at the dock, the crew was happy to get a snap with the "Catch of the Day." 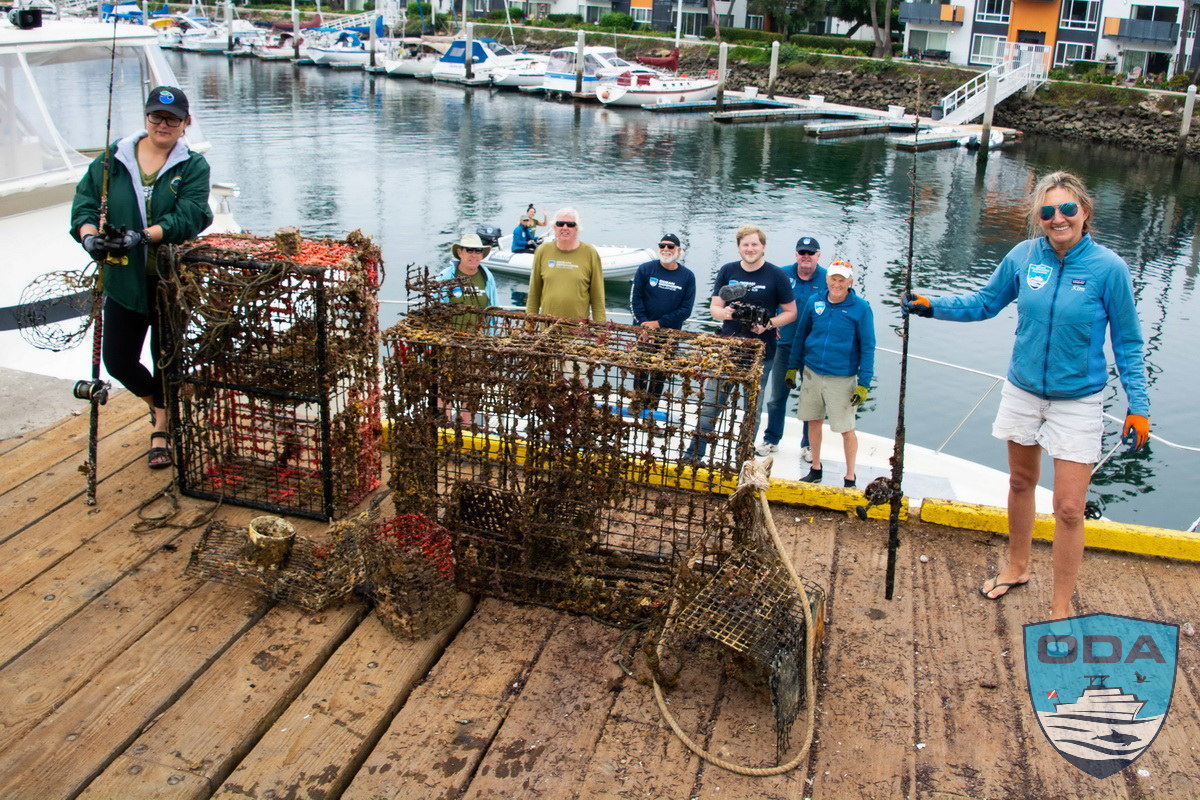 Back to our essential equipment -- the float or lift bags. Before we "call it a day," we always clean them off for storage so they'll be ready for the next outing. 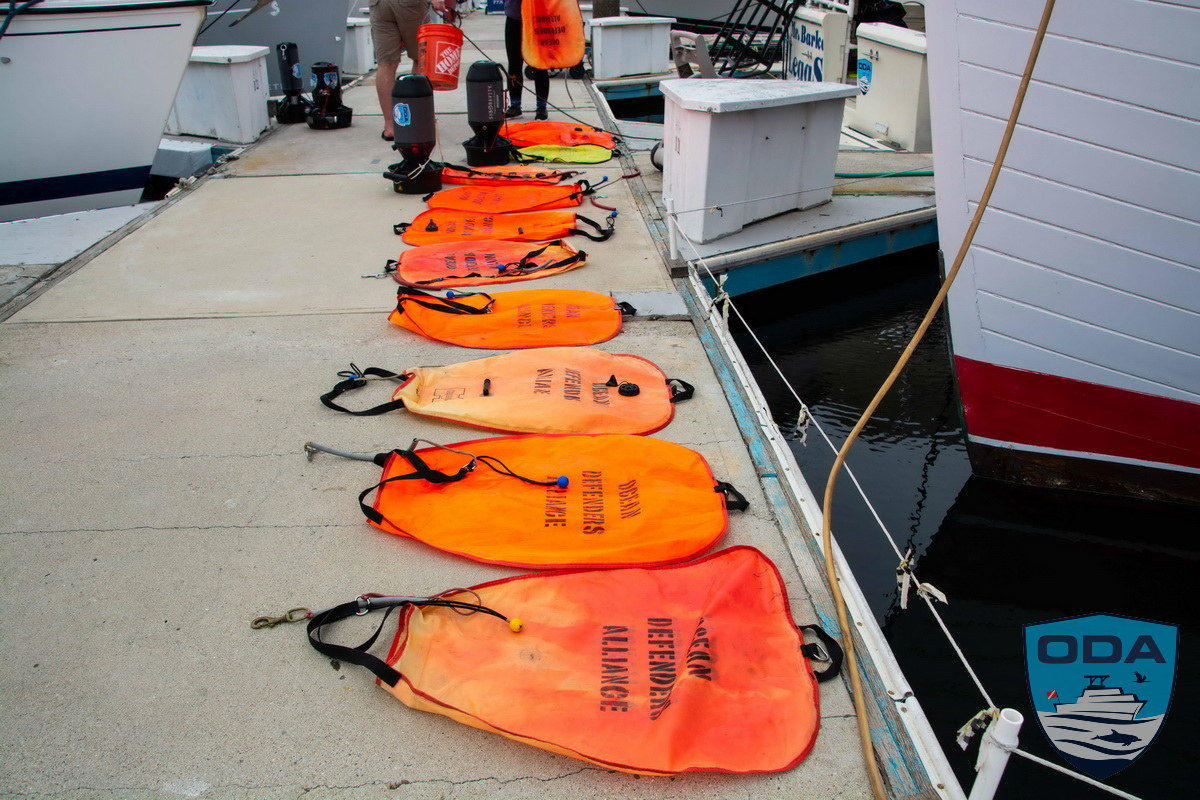 You can see how effective your ocean cleanup crew is when we have decent visibility!

You can be part of our "onshore support crew" who makes sure these vital cleanups happen.  Please visit our donation page to contribute towards our ongoing operatoins!