Whales Get a Reprieve as Dungeness Fishery is Closed

UPDATE: California Department of Fish and Wildlife (CDFW) Director Charlton H. Bonham has assessed entanglement risk under the Risk Assessment Mitigation Program (RAMP) and announced the closure of the commercial Dungeness crab fishery in Fishing Zones 3, 4, 5 and 6 (Sonoma/Mendocino county line to the U.S./Mexico border) effective at noon on April 8, 2022. This closure is being implemented because of two recent humpback whale entanglements that occurred off San Mateo County and in Monterey Bay involving California commercial Dungeness crab fishing gear. All commercial Dungeness crab traps must be removed from the fishing grounds by the April 8 closure date.
https://wildlife.ca.gov/News/cdfw-announces-closure-of-commercial-dungeness-crab-fishery-off-central-california-to-protect-humpback-whales

The California Department of Fish and Wildlife (DF&W) just recommended a closure of the Dungeness crab fishery.  Their recommendation is based on three recent confirmed entanglements of humpback whales along the California coast. There was also a fourth siting that was not confirmed. 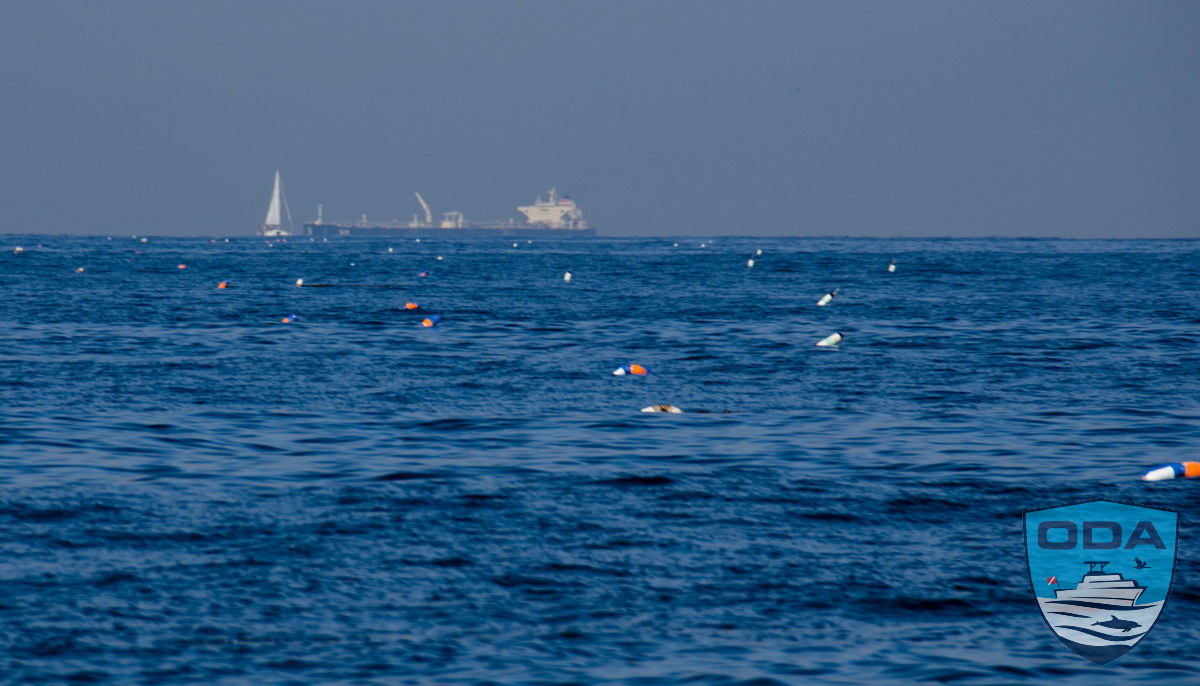 All those colorful buoys are attached to traps on the ocean floor with rope lines that connect the trap to the buoy on the survace.

The first occurred on March 17th, and two days later another one happened.  Both animals were caught up in gear that was traced to the Dungeness fishery.  The areas that they are proposing to shut down are the entire California state waters from Bodega Bay all the way south to the Mexican border.

Because the DF&W hasn’t seen many whales north of Bodega Bay, they are not recommending closures there, but that could change if/when whales are spotted up there.  Their notice states that fishermen should be on alert and be prepared to pull their gear out of the water if the notice goes out. 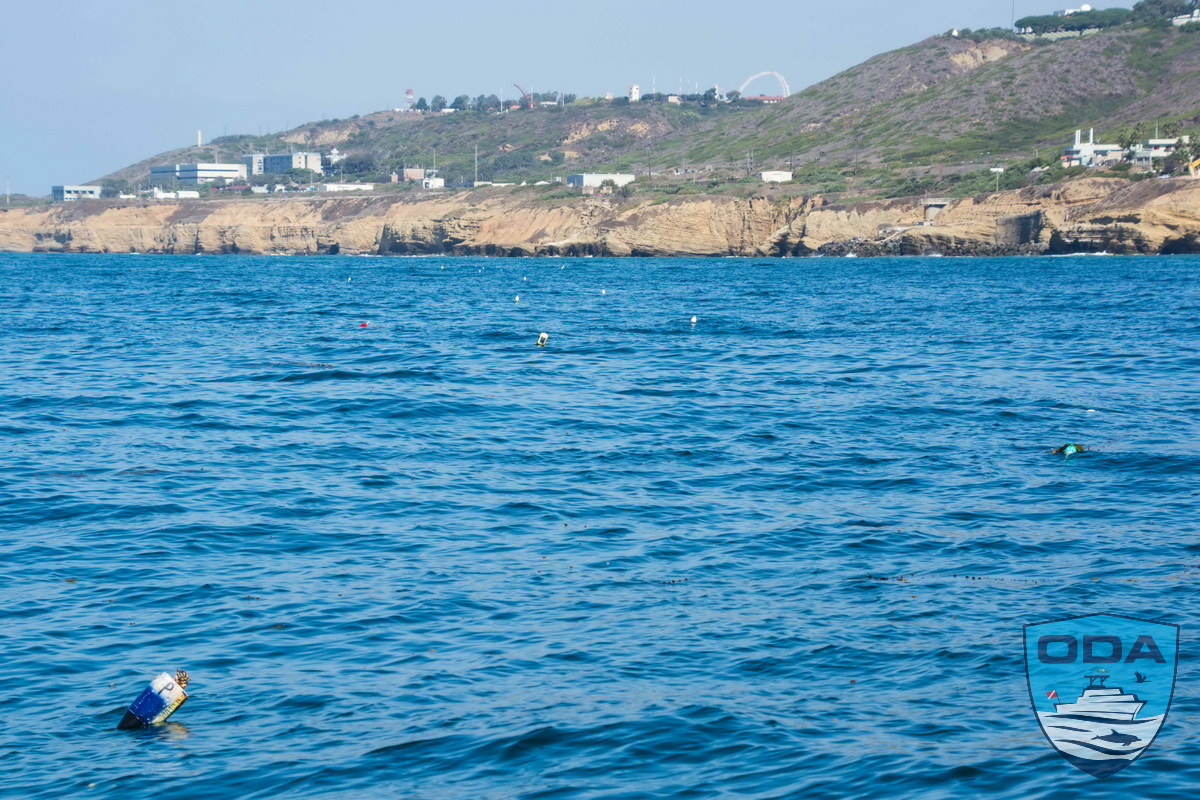 You can go to this link to read the official statement from the DF&W.

A Solution to Whale Entanglements is on the Horizon

There is a reasonable approach to preventing whale entanglements from happening, the fishermen can use what is called “ropeless gear.”

There are several design options for this gear, but essentially, they all remove the vertical line that is attached from the crab trap and runs vertically in the water up to the surface buoy.  Once you eliminate that line, there’s no chance a whale, dolphin, or turtle could become entangled in it.

If this ropeless gear is used by the fishermen, they would be allowed to continue fishing even while whales are in the area.  So, there’s not only a benefit to wildlife, but also a financial reward by allowing the fishermen to continue to fish. 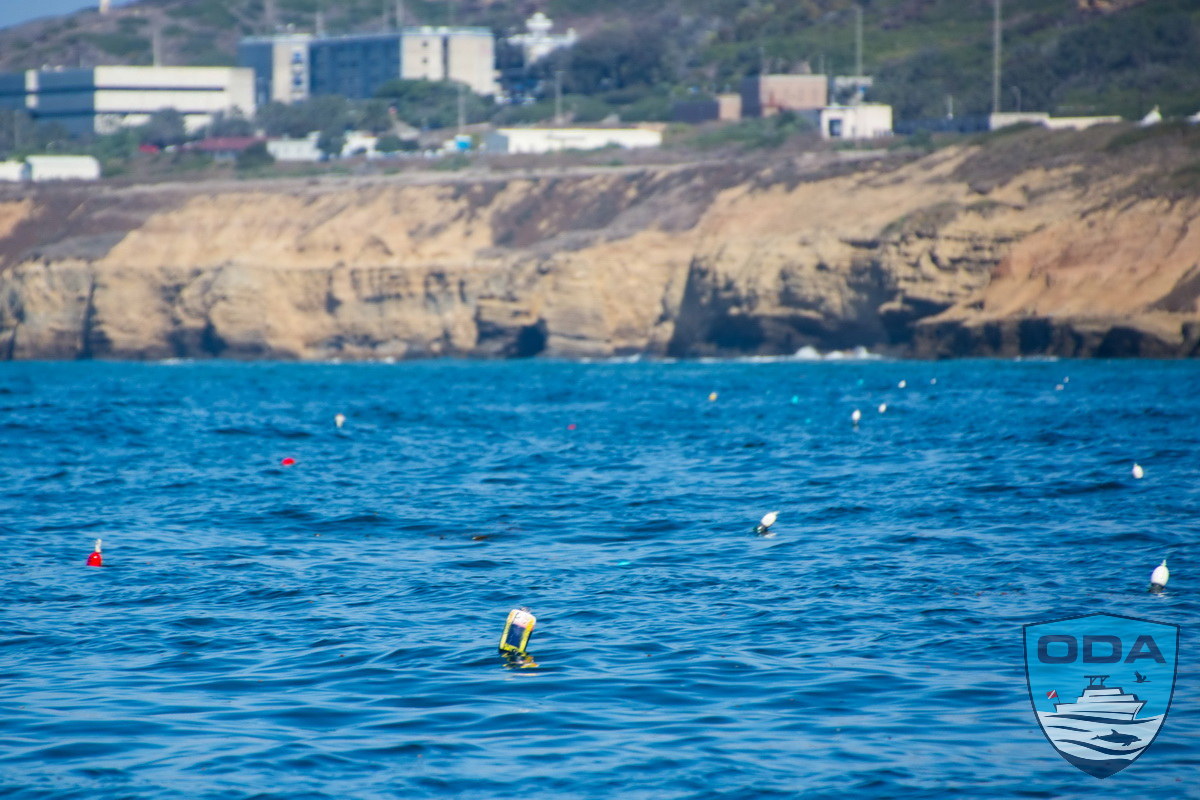 Can you imagine a whale trying to navigate this gaunlet of trap lines?

It’s high time we, as a society, make the transition to a less lethal form of commercial fishing.  With so many issues affecting our friends in the oceans such as warming waters, noise from shipping and oil exploration, and overfishing, one relatively simple way to reduce marine mortalities is to modernize the trap fishery.

While ropeless gear will be costly in the beginning, we can’t let this be the reason we turn a blind eye while animals suffer, die, and in some cases head to extinction.  As with any new technology, prototype is the most expensive phase, but once you get into production mode, the costs come down significantly.

ODA has signed onto a letter that was drafted by NRDC (Natural Resource Defense Council) that was submitted to the DF&W earlier this year.  Several nonprofits are added to the impressive list of advocates for this gear.  The letter outlays the reasons to transition to ropeless and includes the cost benefit to the fishermen.

While all regulatory processes feel like they move at a glacial pace, it is imperative that environmentalists work with the fishing industry to make sure all parties concerns are taken into account, and feel they are part of the solution.  The broader the coalition, the better chance it has of becoming a long-term success.

Thank you for caring for whales and helping ODA clear the way for them until we get ropeless gear!