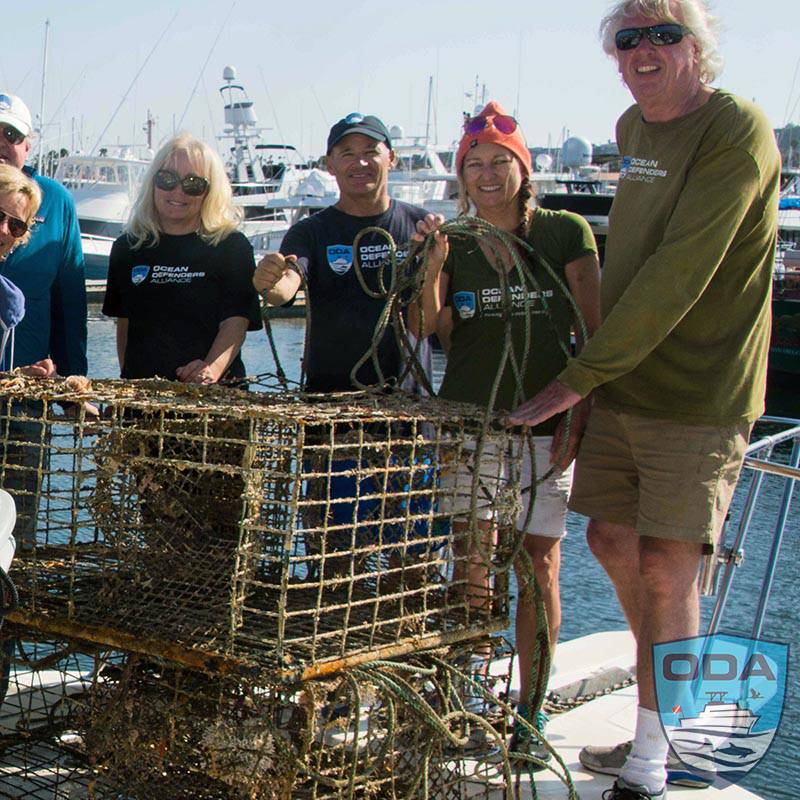 ODA is committed to protecting near-shore ocean ecosystems, such as rocky reefs and seabeds, from dangerous man-made objects and pollution. Unfortunately, there are many factors contributing to the degradation of our oceans which make our work necessary.

There are many types of pollution that originate on land which affect the ocean, and most people are aware of some of the problems, such as oil spills, toxic waste, sewage, and fertilizer run-off. However, there is also “pollution” which originates at sea...such as nets and traps left behind by fishing vessels.

ODA’s goals are to reduce the creation of such pollution, remove existing deposits from marine ecosystems, and educate the public beyond simply informing them--we seek to inspire them to become actively involved in the solutions.

Ghost gear can seriously damage vital reef structures during storms as it is tossed violently back and forth by the currents. The constant thrashing and suffocation threatens fragile kelp beds that are crucial to a balanced ocean food chain.

Near the surface of the water, drifting lines and nets pose navigational hazards to boaters and can possibly entangle and drown ocean surfers, swimmers, scuba divers, and whales-as unfortunately happened several times in the Spring of 2012 off the southern coast of California. 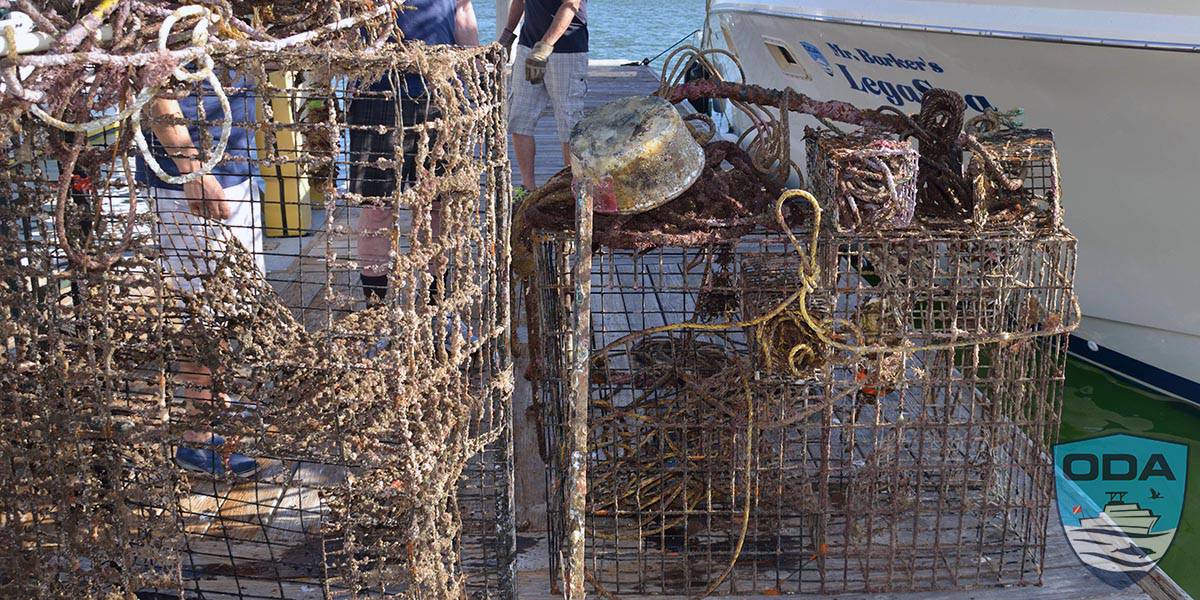 It is part of boating reality that a very small percentage of vessels sink due to bad weather, accidents, or structural problems. However, increasing numbers of boat and boatyard owners are deliberately sinking vessels to get rid of them for a variety of reasons such as collecting insurance, avoiding loan payments, not wanting to dispose of it properly, or simply not wanting to deal with selling the craft.

Many people believe that sinking a boat is a good thing because it can create habitat for ocean life, but this is often not true. In fact, when a vessel is not sunken properly, it becomes a serious threat to the surrounding marine flora and fauna-and humans.  For example, if a vessel's mast (or any other part) is near the surface of the water it is a hazard to humans who may travel over it while boating, jet skiing, surfing, or swimming.

To properly prepare a vessel for reefing, there are government regulations, permit processes, appropriate waste disposal requirements, and mandatory vessel inspections by appropriate authorities. There are also legal requirements governing the transfer, location, or sinking of vessels as artificial reefs. Further, there are materials of concern that may be present aboard vessels, which could include, but are not limited to: fuels and oil, asbestos, polychlorinated biphenyls (PCBs), paints, debris (e.g., vessel debris, floatables, introduced material), and other materials of environmental concern (e.g., mercury, refrigerants).

When a vessel sinks without all of the above being properly tended to, the consequences can be very dangerous to the marine life in the vicinity. In addition to the pollutants, the vessel (whether in one piece or broken into parts) can be roughly moved back and forth by the currents -- especially violent winter storms -- damaging the often fragile ocean floor as it drags and pounds against it.

In the world's oceans are large systems of rotating, interconnected ocean currents; they are particularly linked with large wind movements, and are called gyres. There are five gyres: Indian Ocean, North Atlantic, South Atlantic, North Pacific, and South Pacific.

Since ODA is based on the West Coast of the United States, we are particularly concerned with "The Great Pacific Garbage Patch," also described as the "Pacific Trash Vortex," which is a gyre of marine debris in the central North Pacific Ocean. The Patch is characterized by exceptionally high concentrations of pelagic plastics, chemical sludge, and other man-made debris that have been trapped by the natural currents of the North Pacific Gyre.

Much of this debris has been determined to be plastics. Some plastics sink, such as polycarbonate, polystyrene, and PETE, while other plastics float on the ocean's surface (e.g., LDPE, HDPE, polypropylene, and styrofoam).

It has been estimated that 80% of the garbage in these gyres comes from land-based sources and 20% from ships-but this fact, along with the size of the Great Pacific Gyre itself, is widely debated. Some experts estimate the Gyre's size to be as large as the continental United States and others say it's the size of the Hawaiian Islands. ODA believes that even a Hawaiian-Island-sized collection of plastic and other garbage is of serious concern, and needs to be removed from the oceans.

In addition to the existing ocean pollution, ODA is concerned about the debris from the tsunami that originated in Japan on March 11, 2011. Experts are predicting large amounts of debris to start making landfall in the summer months of 2012 (and continue for years), but oceanographers are already finding items washed up on the shores of Oregon and Washington states.

ODA is doing a feasibility study to determine the potential level of our involvement in helping to clean up any debris from gyres or as a result of the tsunami.

Learn more about how we perform our life-saving work!