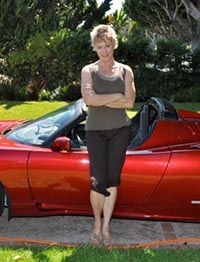 I was born in rural Idaho and spent most of my childhood on the back of a horse or up in a tree. Though landlocked and hundreds of miles from any ocean, that rural Idaho landscape instilled within me an appreciation of open space and an understanding of the timeless value of the natural world.

Despite the reality that when I was a kid, there were no words to describe my environmental leanings, my rather traditional and right-leaning family took note of my fierce love of all things wild and dubbed me the “green sheep” of the family.

As a little kid, I clearly remember being absolutely dumbstruck by first sight of the Pacific Ocean. The memory of that initial shocking salty intake of air, the view of the endless ocean horizon and the placement of a small sandy footprint on the seashore stays vividly alive. I simply could not believe that such huge magnificence existed anywhere but in a dream.

Reality being what it is, as an adult I had to eventually come down from trees and off the backs of horses and earn a living. I worked for nearly 28 years as an Orange County Superior Court Reporter. After retirement I volunteered for several environmental organizations and soon became fascinated by the efficacy and efficiency of electric cars – particularly electric cars powered by the sun. The synergy between rooftop solar and electric cars continues to delight me. Never having to go to the gas station and running on “gallons of sunshine” delights me even more. At the “turn of the Century” in the year 2000, I became the first residential installer of a solar array in the City of Anaheim. Shortly thereafter in 2001, I obtained my first electric car which I drive to this day, along with a 2013 Tesla Model S electric car. I co-founded the nonprofit EV advocacy organization Plug In America, in 2005 and appeared in the film documentaries Who Killed the Electric Car? as well as What is the Electric Car?

I feel that the tie-in between Ocean Defenders Alliance and electric transportation is the fact that every year hundreds of millions of greasy gallons from traditional gasoline cars and trucks end up in our oceans – not necessarily through big, dramatic oil spills – but simply through everyday road runoff. Oil and gasoline leaks make their way into the ocean from our cars where they sicken and kill marine life and degrade water quality. Plug-in cars represent hope for a better world and hope for a cleaner ocean.

I support Ocean Defender's Alliance (ODA) because, quite frankly, without a thriving ocean ecosystem, humanity's survival on Mother Earth remains in deep peril. I deeply appreciate ODA's hands-on approach to cleaning up the ocean -- one ghost net and one lobster trap at a time. I will do everything in my personal power to enable that effort.