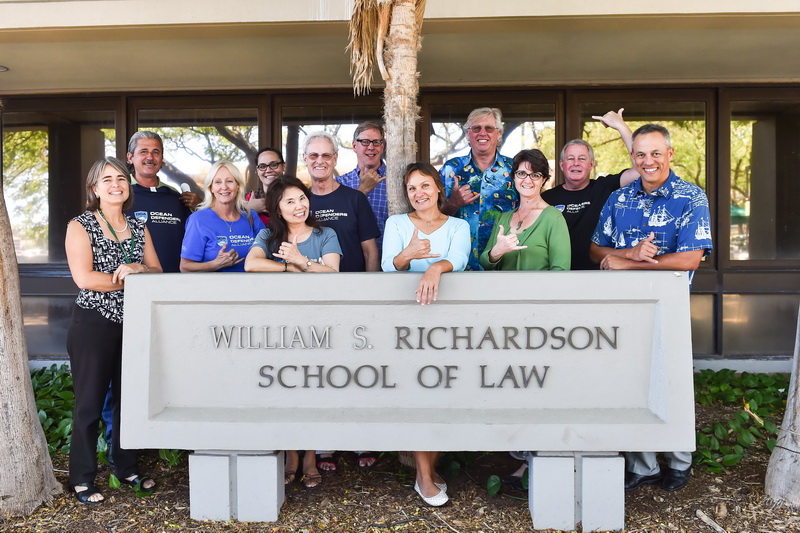 ODA Advisor Vicki Szymczak, in middle with hand on sign.Vicki Szymczak is the Law Library Director and an Associate Professor of Law at the University of Hawai‘i, Richardson School of Law.

She moved to Hawaii five years ago in October 2011 from New York City.

Vicki started diving in 2002 after she and her husband vacationed on the Great Barrier Reef. She has been an avid diver ever since. Until moving to Hawaii, much of her diving life was spent in the Caribbean. In addition to regular dives in the Hawaiian Islands,  she has been diving in Kadavu (Astrolabe) and Tuvalu, Fiji, Pohnpai and Yap in the Federated States of Micronesia and the Baja pennisula.

Vicki first learned about ODA from her colleagues at the law school when ODA visited Hawaii in 2015. She started up a dive group at the University to meet others interested in diving and also interested in doing clean ups in the waters around Oahu.  Vicki is looking forward to working with ODA and coordinating clean up efforts on Oahu. 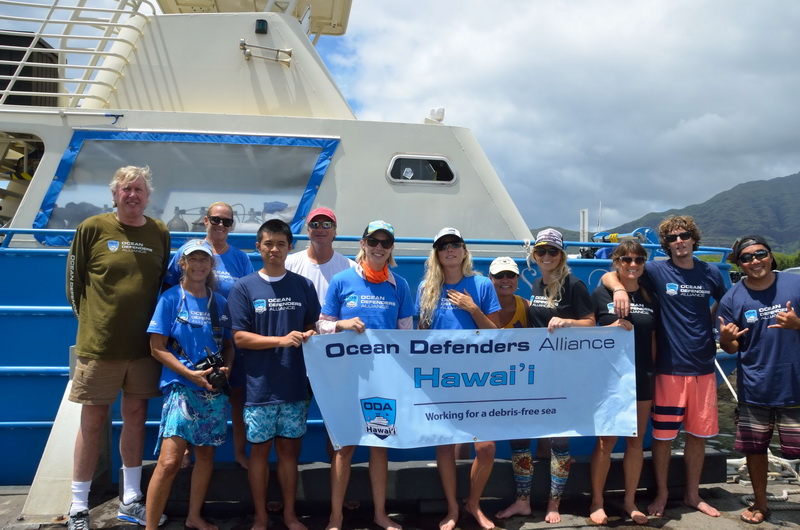 ODA Advisory Board Member Vicki Szymczak (in middle, with white hat) with crew.