We had a lot of work to do on the boat in dock two weekends ago. We were very fortunate to have a dedicated team of our volunteers lend a hand to perform many upgrades and cleaning on our flagship boat Mr. Barker’s LegaSea. Thanks to all of you!

This past Sunday (July 21st), eight of us boarded the boat to head back to a boat wreck site off the coast of Southern California. We’ve been working on it for the last several weeks. 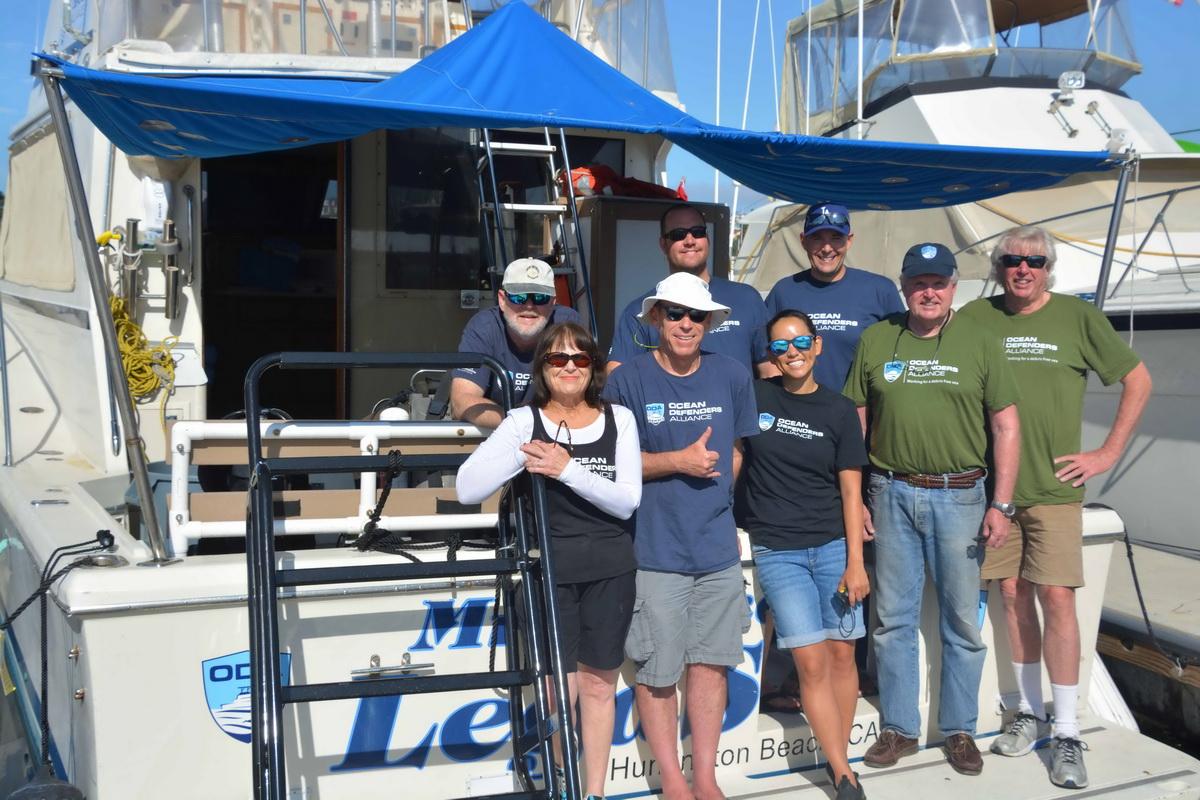 Very exciting: We had three new divers onboard! Diving with us for the first time was Dan Brown, Josh Vella, and Leslie Wong.  Dan and Josh dive with re-breather systems which allows them to stay underwater for long periods of time.

We didn't get our usual shot of ALL the divers sitting together so here from left to right is Dan, Josh, and then you'll see Leslie sitting with the other divers (front row, right). You can click to enlarge the images.

We always follow strict safety procedures, so Leslie teamed up with Al Laubenstein and Geoff Walsh, and all were on open circuit systems (the regular type of breathing system for divers).

Rounding out the crew on deck were Lisa Davis, Mike Wynd, and myself.  Mike usually dives, but he was coming down with a cold, so he had to take a pass.  It’s amazing he still showed up to help us out on deck.  And as it turned out, we really needed him!

Dan and Josh headed down first. Then Al, Geoff and Leslie following them about 20 minutes later - here are these three splashing in!

This sunken vessel that we dived on seems to be a magnet for abandoned nets, and despite out frequent efforts, we keep seeing nets on it every time we revisit.  Actually, we have to be thankful that it’s snagging these nets so that we can remove them!

The winds were pretty calm and when we dropped the anchor the waves were tolerable at 2-3 feet.  The site is about five miles away from the Los Angeles Harbor breakwall and the wreck lies in roughly 70 of water.

Shortly after all five divers were down, we could see that we had successfully dropped the anchor within feet of the work area (because of the bubbles rising to the surface from their air tanks).

And within minutes, we had two lift bags break the surface pulling debris up with them! We could see that there was abandoned fishing net attached to the float bags. 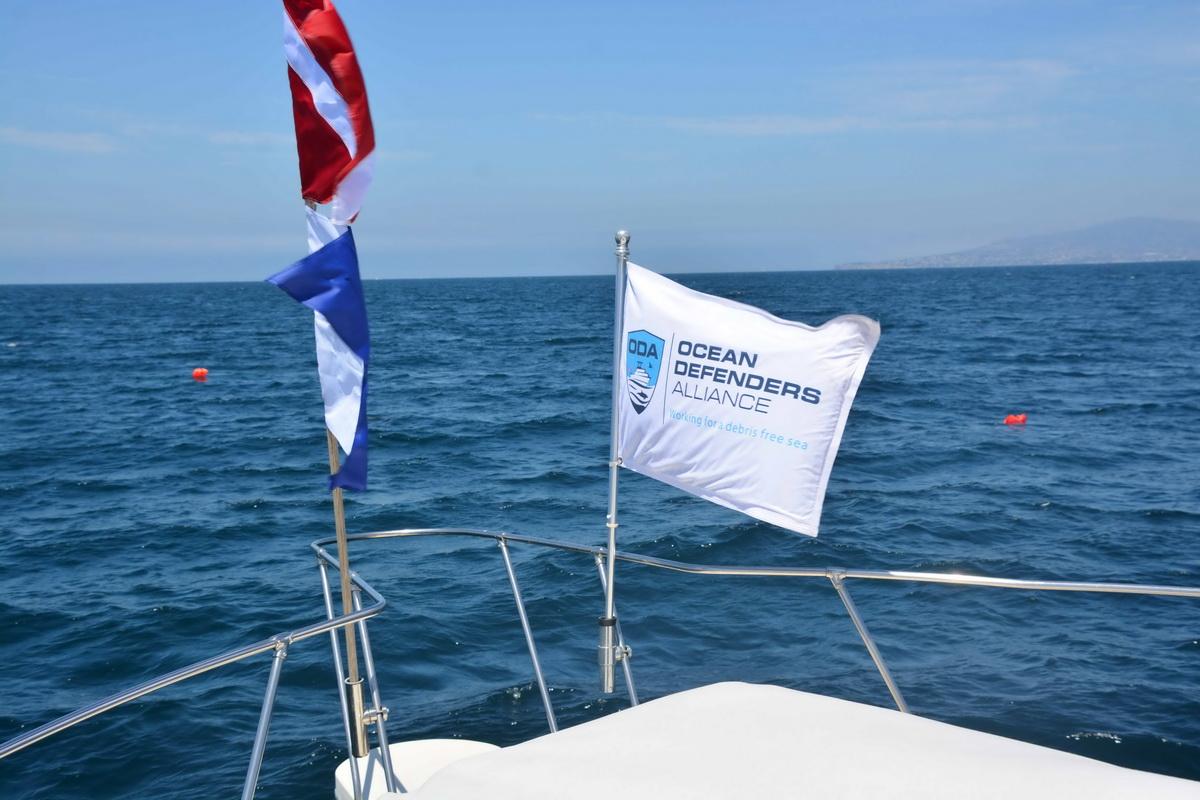 At this point, the winds and current were really picking up and we knew from experience that the bags would drift right by us.  So, Mike jumped in his dive suit and valiantly tried to swim out to it and drag it back to the boat.

But the net was just moving too fast, so he started heading back to the boat, only to see that another lift bag was heading his way, fast…

As soon as he caught up to that bag, another one was being delivered to him by the winds.  Then with two bags in both hands he swam them back to Lisa and I and we hauled them onto the rear dive platform. 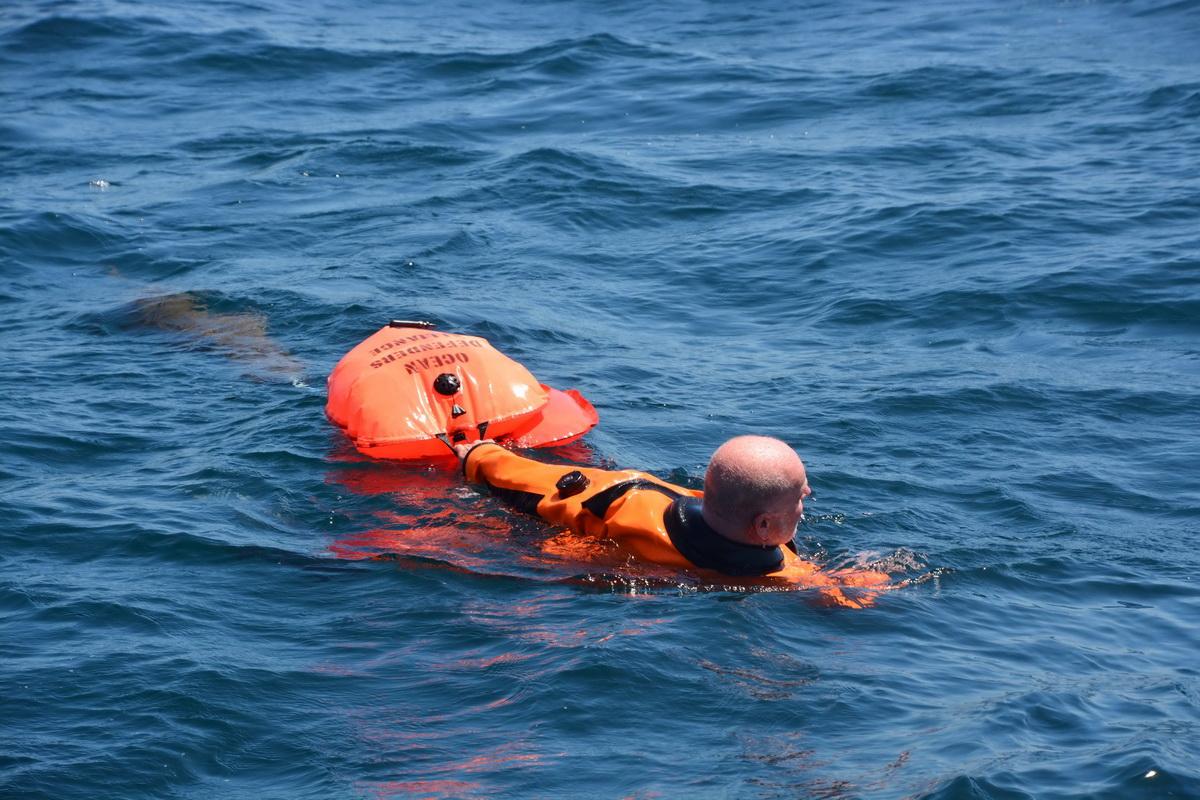 By this time, all the divers were back onboard, and we pulled up the anchor so we could go chase down the wandering lift bags.  The first bags that had come up, the ones that got away from Mike, ended up having a LOT of net attached to them.  I pulled the boat up close to the bags, and Mike was able to grab it with a long pole we keep onboard for situations like this.

It was too heavy for one guy to pull up, so Dan and Geoff helped him haul it onto the front of the boat. 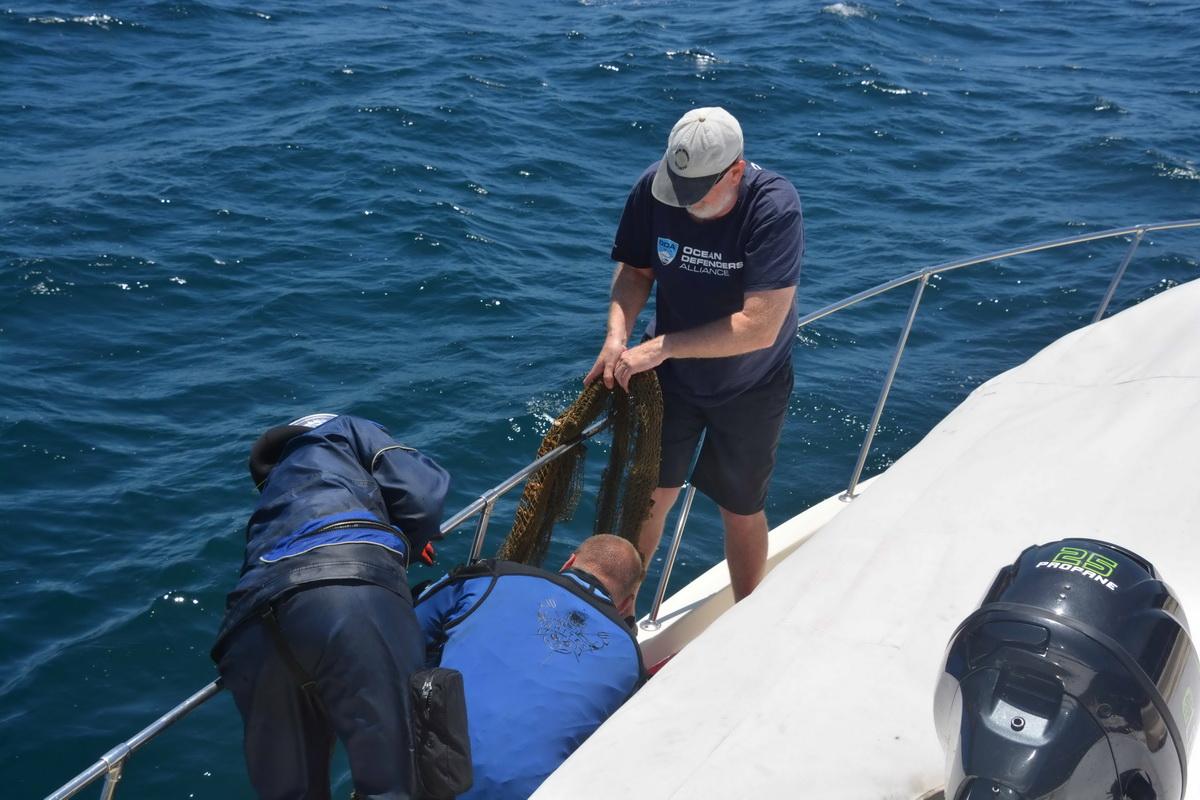 We then headed back to our slip in San Pedro where we posed for our “catch of the day” pictures, cleaned the boat, and congratulated ourselves for pulling up about 400 pounds of nets and weights!  I was glad that we had such a successful haul with our new Ocean Defenders – Dan, Josh, and Leslie. Thanks for your time and effort for the oceans, you three! 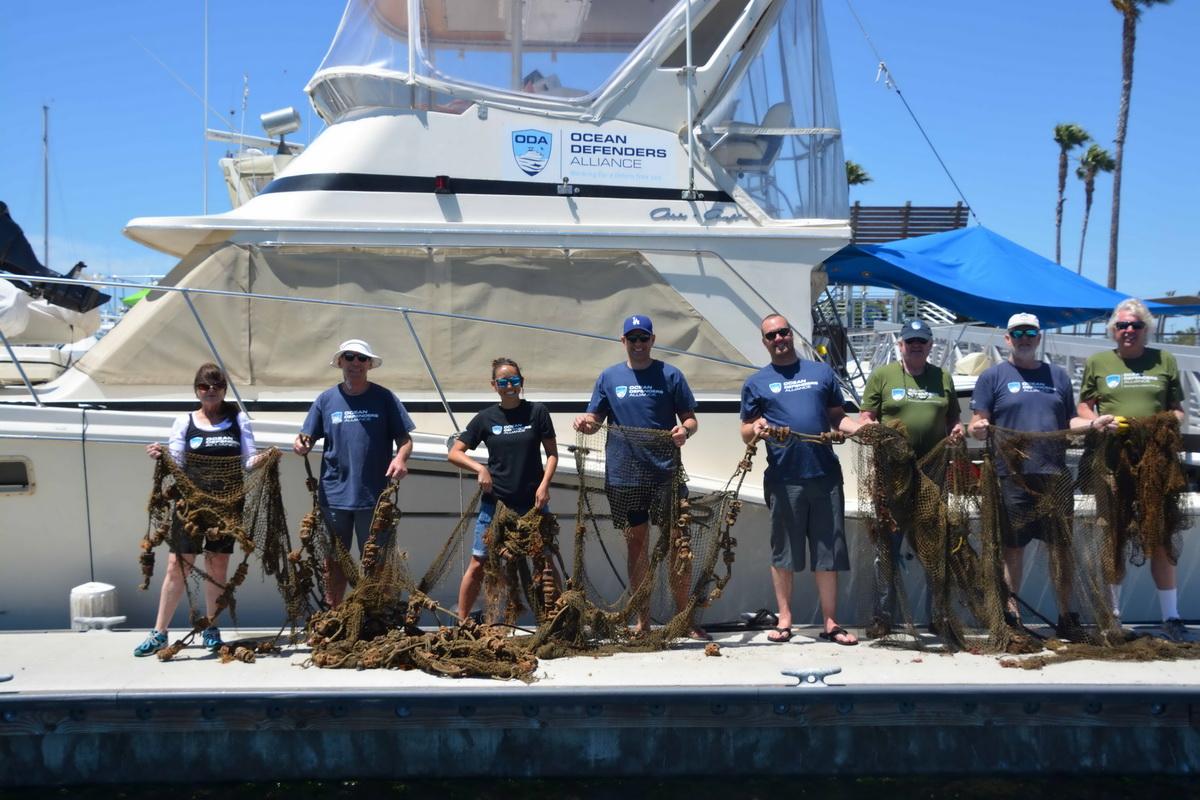 Thanks to all who helped make this a successful net recovery.  There is still more net to remove, and lots of fish waiting for us to return.  The visibility was excellent again, at about 40 feet.  And the divers were in awe of some of the big fish they saw, in addition to a huge school of blackfish that were hanging out to see what those funny looking things with fake fins and blowing bubbles were up to.

You can count on us. We’ll be back!

Will you be there with us? Check out our volunteer page or make a donation and be with us in spirit!