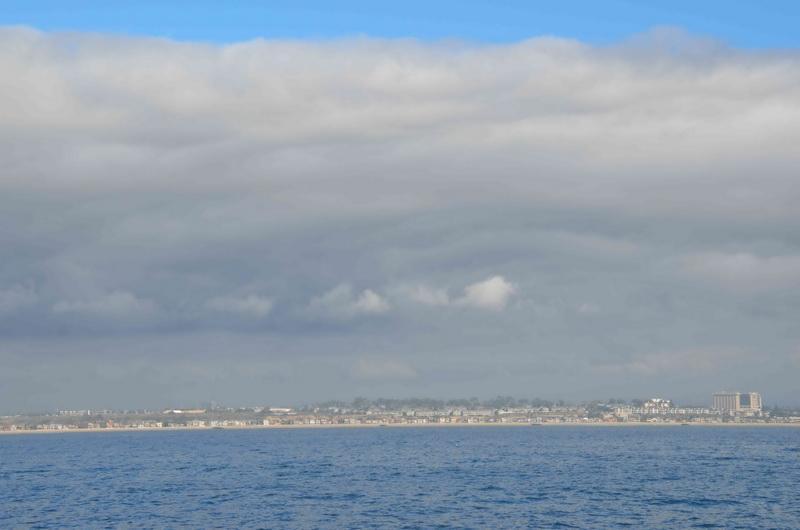 This past Sunday, we sailed to the coast of Newport Beach, CA  to see if we could locate and remove a deadly abandoned squid fishing net that had been reported to us by several of our volunteer divers.

Mike Couffer has been studying the black sea bass populations off of Newport Beach for years, and knows several fishermen in the Newport Beach area.

Some of them told Mike that they suspected that a net was in an area that they have been fishing for years. The reason they speculated about the net is because their fishing hooks would get caught on something, and when they tugged on it, their line would start to lift up, only to be pulled down by a heavy weight.

So, in October, Mike teamed up with ODA dive volunteers Walter Marti and Jim McKeeman. They went out on Jim’s boat to scuba dive the area and see what they could discover about the possibility that there was ghost net plaguing the waters and marine life. They successfully scouted the area using underwater scooters, and found an abandoned net stretching for several hundred feet.

Walter took some underwater video of the scene and sent it to me. I forwarded it on to several of our divers, and we decided that this was something we wanted to tackle. That deadly net had to go!

Rain or Shine, Gone are Nets and Line

On Sunday, December 11th, we took off from our slip in San Pedro. The weather service had been predicting bad weather, and we headed out to Newport not knowing if we would actually get there let alone be able to dive. Knowing the time that the weather was supposed to hit, we took a calculated risk. Our drive to defend the ocean is strong. 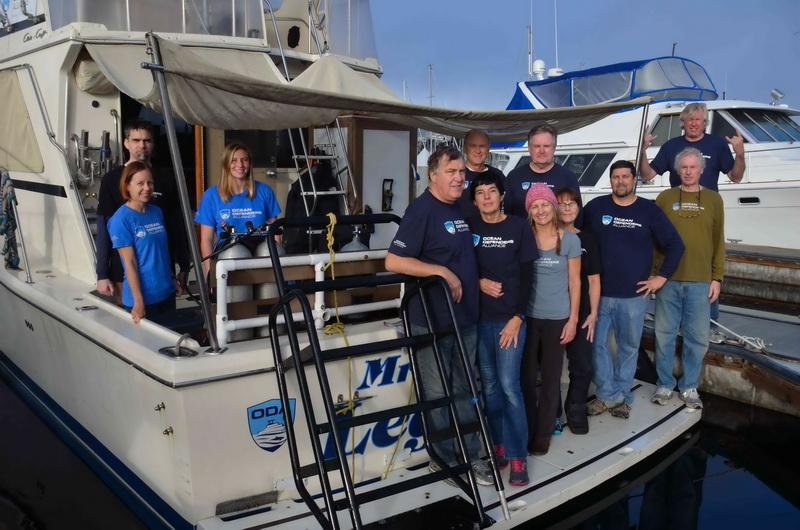 When we got to the site, the clouds had broken slightly over the sea, but not over land, as we could see a solid bank of clouds all along the coastline. Thankfully, the seas were not rough. 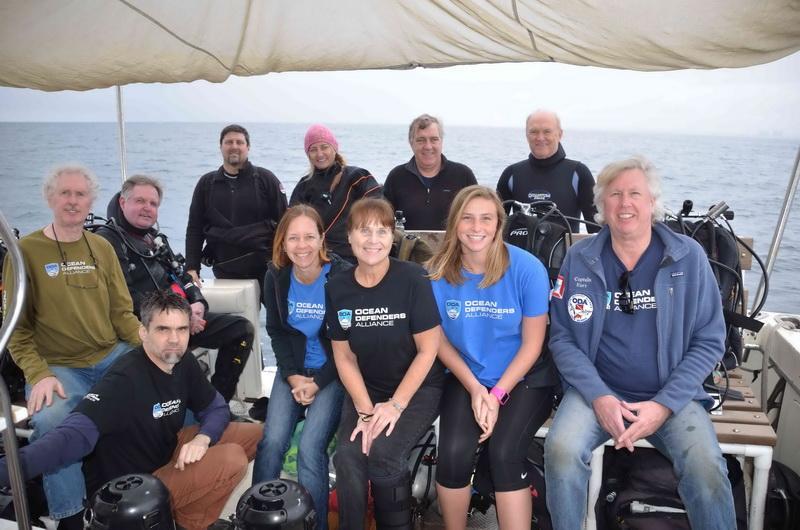 This was the first time for Larry and Katie to come out with us. While Larry got hit with a case of sea sickness (it can happen to anyone!), Katie thrived out there and was a huge help.

We dropped anchor in 90 feet of water. Al and Dave jumped in with their scooters, and proceeded to scour the area looking for the net. After about 20 minutes they sent a marker to the surface, signaling that they had found it.  Kim, Jeff, and Walter jumped right in and scootered over to the surface marker; they dropped down to join them. We did this because it was the most efficient way to maximize everyone’s bottom time. Kim and Jeff are technical divers, and as such, they dive with twin tanks on their backs. This gives them about twice the amount of bottom time as a single tank, which is what Al, Dave, and Walter use. 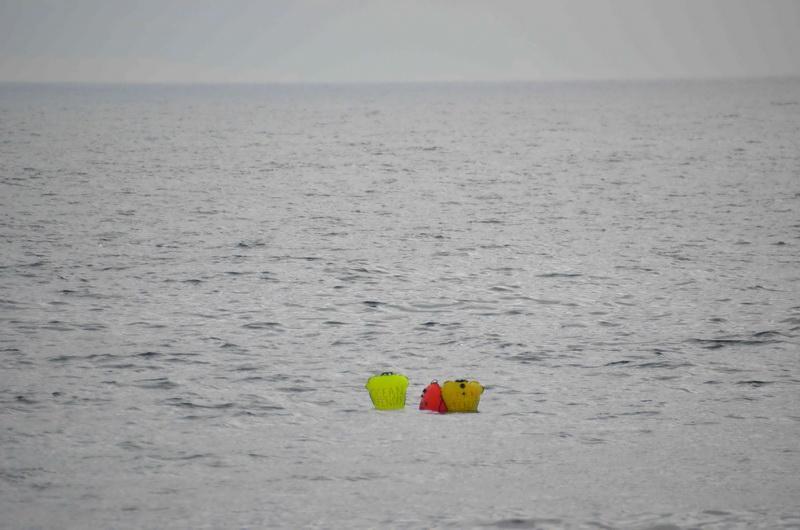 Al and Dave had already started attaching lift bags to a huge section of net, when Kim, Jeff and Walter arrived. Al and Dave had to surface soon after because they had drained their air tanks. Walter took footage of the action, while Kim and Jeff did what they could with their one hour of bottom time.  And wow, did they get stuff done!

All in all, the two teams sent two sections of net to the surface using our lift bags. When we got all the divers back onboard, we motored over to the lift bags and started the process of hauling them on to our rear deck. 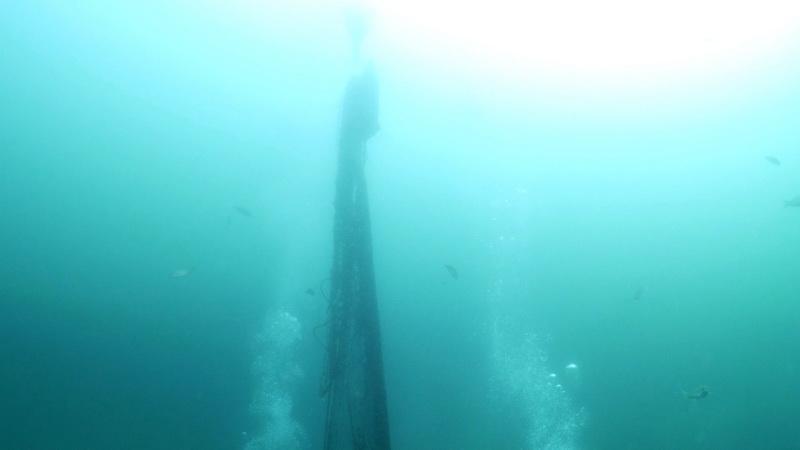 It was a GREAT feeling to finally get a lot of this net out of there, roughly 400 pounds of squid net. Everyone was in high spirits on the cruise back.

There is still more net at the site to remove, and you can rest assured that, when conditions are in our favor, we will be back. ODA does not abandon abandoned fishing net!!

If you want to be part of this important ocean cleanup, there are many ways to get involved. Click on anything you are interested in. We will be thankful to have your help in the cause of ocean defense!

We look forward to defending the oceans with you. :)