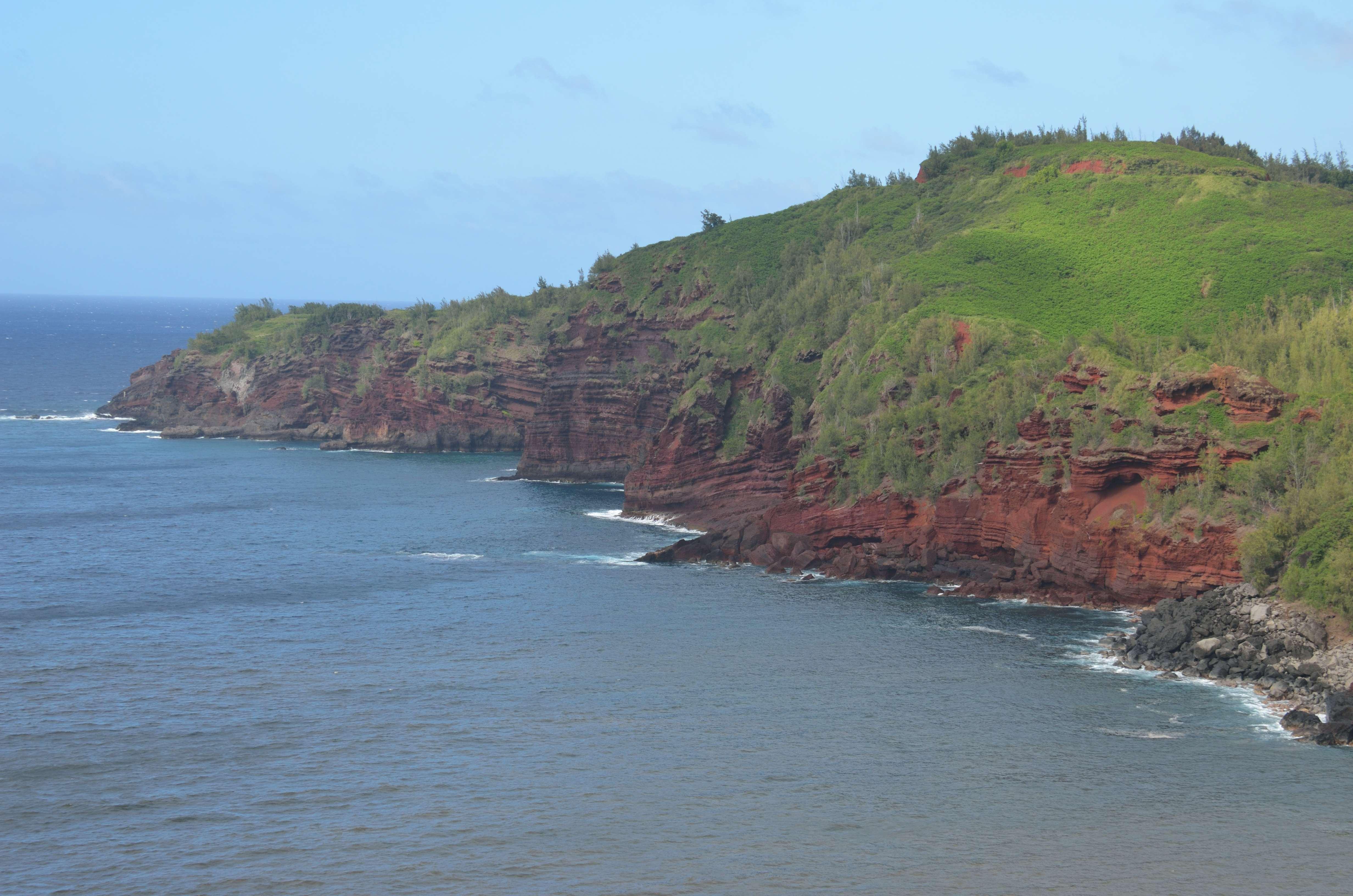 The volcanic flows of the Big Island of Hawai’i plunge into the deep blue waters that are home to a wide variety of marine animals. Because the Hawaiian Islands are so far from any continent, the majority of marine life is endemic to the islands, meaning they are found nowhere else on earth. This, of course, makes this place a haven for us adventurous scuba divers. I want to share with you our plans and efforts to protect this grand island and other Hawai'ian islands. I hope you will join in with us however you can.

To continue my report dated May 18th: I departed Oahu on Thursday, May 4th, and headed to the magnificent Big Island of Hawai’i. I went there to talk with the local dive operators and discuss the marine debris issues that ODA volunteers might be able to alleviate.

What I found was that one of the most significant problems they have is plastics in the water and on the beaches. I was told about a section of coastline on the south side of the island they refer to as Trash Beach. The native name for it is Kamilo Beach.

I did some research on the internet and read that this is one of the most highly polluted places on the planet… what kind of pollution? Plastics!

This is a really remote beach, in fact it takes a 4-wheel drive vehicle to get there. I didn’t have one so I couldn’t actually get there. But when I was talking with Megan Lamson about it, she guided me to a spot that wasn’t far from Kamilo Beach and had serious issues with plastics there as well.

The site is called Green Sand Beach. I headed down a narrow road about 15 miles, until I got to a dead end. There was a parking lot there, and I had to walk the last mile and a half until I got to a beach that was just awash in plastics. How could this be?

This portion of the island is directly in the path of the Pacific gyre. The gyre is like a river that circulates around the middle of the Pacific Ocean. As you probably know, this gyre is just awash in plastics that come from our land-based societies and when they enter the water, they float around endlessly in the water column. Endlessly, that is, until they come in contact with a reef or a beach. Then the plastics get dumped on the beaches by the big waves that are omnipresent due to the high winds.

As I looked at the different kinds of debris that were strewn about this beach, there were several things that struck me. First of all, where did all this junk come from? How old is it? What the heck are all these black cones?

The Pacific gyre circulates in a clockwise pattern, picking up floating debris from Asia, then moving up towards Russia, then down the coast of Canada and the US, where it “miraculously” finds its way to Hawai’i, as well as other remote island nations. The local people don’t even produce plastic products, but they end up with this hazardous material being delivered right to their front door.

As I examined some of the garbage, I could tell some of the bottles were from the 60’s or 70’s, they had the kind of shape that was popular back then. I kept seeing these strange black pieces that to me looked like some kind of a funnel that would be used on a fish or shrimp trap. I sent some pictures to ODA Advisory Board member Bonnie Monteleone and she said that she found them in the hundreds when she was on one of her excursions to analyze the amount of plastics in the Pacific gyre.

Turns out these things are used in Asia and Alaska to catch hagfish. So, these things travel thousands of miles, only to get stranded on a Hawai’ian beach. 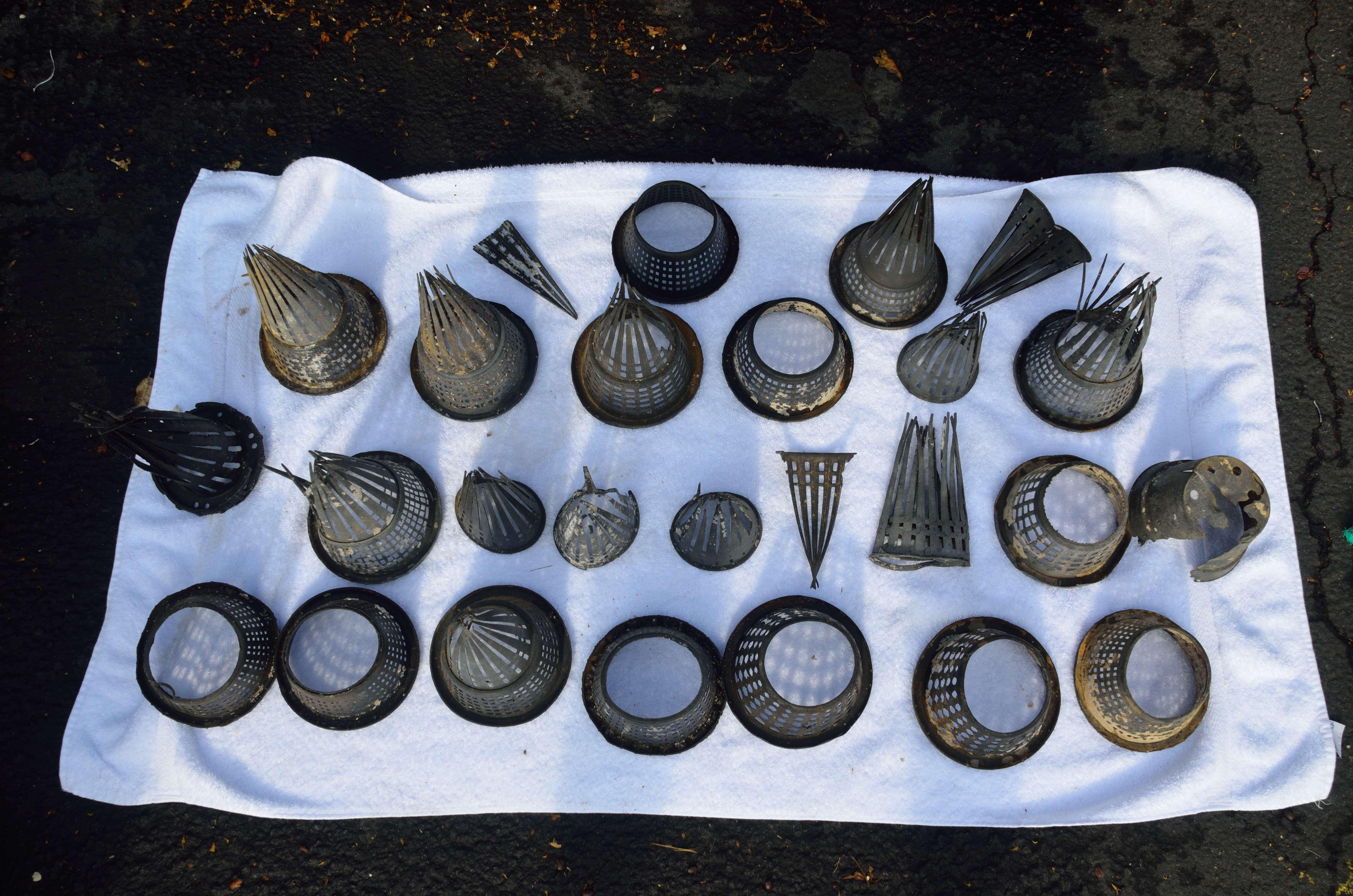 I gathered as much of the debris as I could and walked by to my car.

I headed to Maui next, on Monday, May 8th. I was only going to be there for two days, so I had to quickly get around and introduce myself to as many dive shops as I could. I’ve been friends with Robert Wintner, who owns the Snorkel Bob company, for a long time. He lives on Maui with his wife, Anita. I called them to see if we could get together while I was there, and before I knew it, I was on their boat, headed to Molokini Crater.

Robert is a true ocean defender and has vast knowledge about the oceans, especially the Hawai'ian waters. This along with his business acumen makes him a great addition to our ODA Advisory Board. We welcome his positive contributions to our ongoing efforts to protect the reefs and marine wildlife. 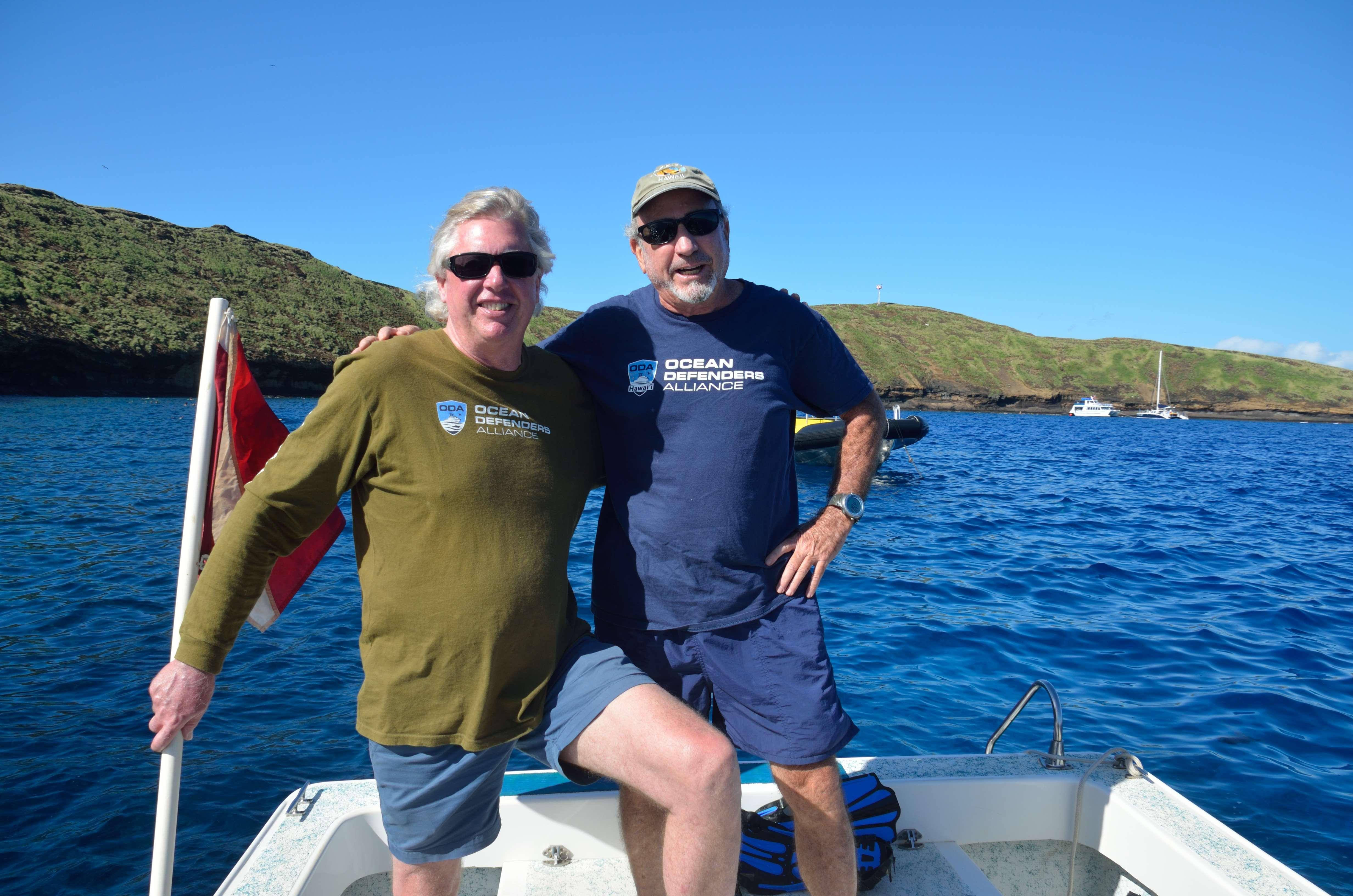 Molokini is about four miles from Maui, and is a Marine Protected Area (MPA). As we jumped in the water to scuba dive, I was floored by the visibility. It had to be over 120 feet! Because of the great vis, I swear I could see something like 50 different species of fish from my vantage point. It’s been 15 years since I dived this site, and I can guarantee you that I will NOT let that happen again. Robert took all these great shots displayed here on that dive! See many more pictures in our slide show below.

On the way back, I had the chance to talk with two other people who had gone out with us, Joan Lloyd and Bryce. Both of them are divers and want to help get ODA established on Maui.

They all suggested that I contact Erik Stein at a dive company called Extended Horizons. I got Erik on the phone and he agreed to meet with me to discuss a possible collaboration. When I got to his shop, I could tell this was not your average dive operator. They had solar panels on the roof that were powering their entire operation, and their boat was professionally outfitted.

During our meeting, Erik introduced me to a really enthusiastic lady named Victoria, who also happens to be a boat captain. We hit it off great and have agreed to talk more about partnering with them to start cleaning up the underwater world of Maui.

So Much Work to be Done

After this short stint on Maui, I headed back to So Cal on Thursday, May 11th. Just as I was boarding my plane, I got an email message from Joan Lloyd. She said someone had called her about a 1,000 pound net that had just washed up on a Maui beach.

I am thankful that because of ODA’s great and generous supporters, we have the privilege of caring for Hawai’i’s coastal waters. We’re making plans now for an expedition to remove that huge ghost net! Stay tuned!

Check out all the photos below!